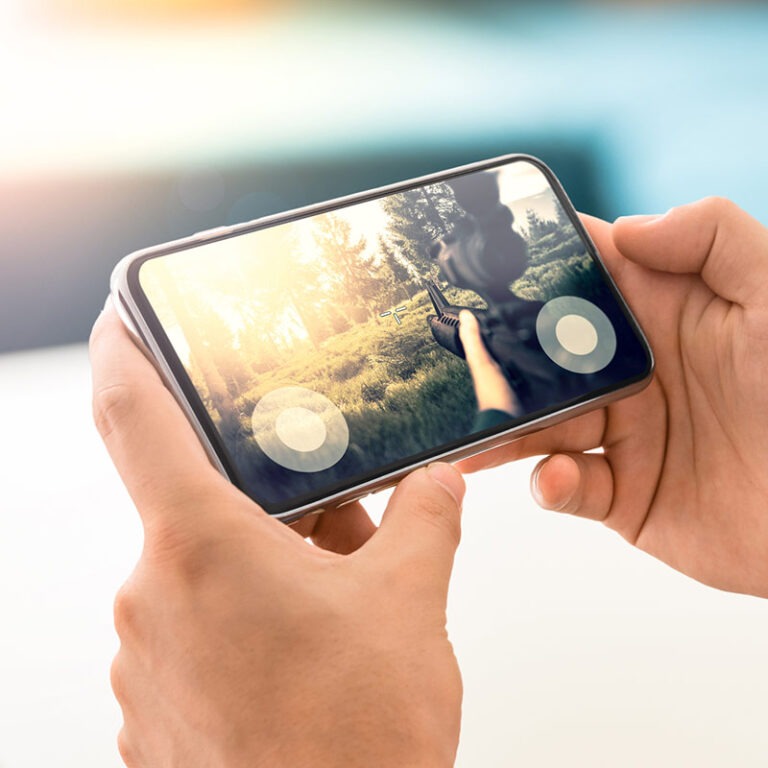 Every year, the games that are focused in creating a community of professional competitors grow exponentially in all platforms. Even though its main audience lies in computer gaming, mobile devices also have quite a few games with this focus, many of which even have tournaments with money as the prize!

If you want to learn which ones are the best and most played competitive games on Android, just check out our list down below and start playing!

The most played among the best competitive games on Android without a doubt has to be Clash Royale, one of the best Android games overall. The game, which draws inspiration from the also successful Clash of Clans, is all about fighting in real-time!

In these battles, the players must create decks of cards and summon monsters, warriors, and magic to defeat the enemy king while they protect their own. Clash Royale also has the possibility for you to fight in duos, and it is available for free on the Play Store. 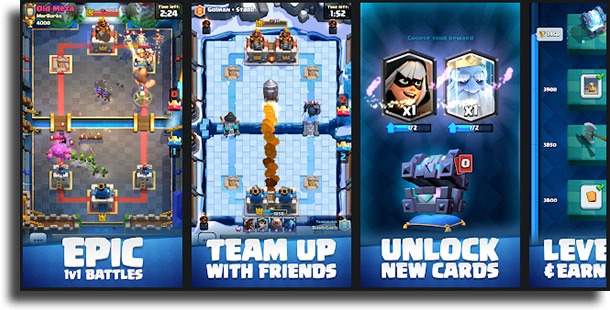 In the same vein as multiplayer games like League of Legends, Heroes of the Storm, and DOTA, Vainglory is considered to be one of the best mobile MOBAs around. Adapted for the touchscreen, this game offers matches between teams of players who can choose from more than 48 heroes.

Each of these heroes offers skills and advantages of their own which must be used to overcome the enemy team and destroy their base. The game has many championships all around the world, as well as a world championship. If you want to play Vainglory, follow this link.

Ideal for those who used to play card games such as Pokémon and Magic in their childhood or teenage years but lost contact with this type of game, Hearthstone draws inspiration from the successful World of Warcraft.


It is a card game in which the players can craft decks with the famous characters and monsters from the franchise, easily the most well-known among MMORPGs.

The competitive scene is also really large all around the world, which is made much easier due to the fact you can play the game on your computer as well as mobile devices. Learn more about Hearthstone on the Play Store.

Another digital card game, Yu-Gi-Oh! Duel Links stands apart from Hearthstone due to the fact that it draws inspiration from a physical card game. Using most of the official rules, the game is a shorter adaptation from the original, limiting the board space, the maximum number of cards, and how many health points you have.

Even so, the game is loyal to the original, and even the staunchest of the fans will not feel too much change, and they’ll only need to adapt their strategy. Further, the game follows the original cartoon, so you can control characters and use thematic decks.

Currently, Yu-Gi-Oh! Duel Links has nearly completed its 5th year anniversary, and it has characters and cards from the entire Yu-Gi-Oh franchise. Follow this link to see more.

A mobile racing game, the unique premise that Riptide GP: Renegade has makes it get a spot among the best competitive games to play on Android. Instead of racing cars, the races are done on the water, and you8 will control a jet ski. Those who enjoyed playing on the Nintendo 64 might remember the classic Wave Race 64 when playing Renegade.

Other than winning the races and perform dangerous maneuvers, the players will also have to avoid the cops, as if the game were a true “drag race on the water”. Follow this link to learn more about June of the most unique games for Android. 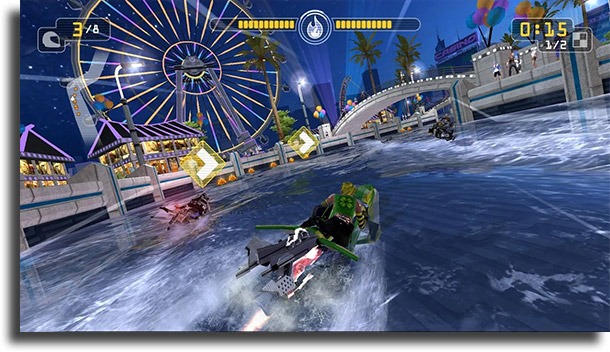 World of Tanks is one of the most successful free games for PC, which has resulted in World of Tanks: Blitz, its Android version, getting released. Rehashing the successful formula from the original in a lesser scale, the game places players as the pilots of tanks.

The game offers around 250 different models of tanks drawing inspiration from those used by the nations involved in the Second World War. These players must form teams of up to seven players to face off in the most diverse game modes. Nowadays, the game has a large competitive scene. Check it out!

This edition of Modern Combat was developed to be a shooting game for Android that focuses in online competitions. It also features team-based matches in which each player can choose from 9 different classes of soldiers that have unique equipment and skills, such as explosives expert or an elite shooter.

The game comes with many events to keep their players always engaged, and it lets you watch the matches that high-level players are playing so you can learn more about the strategies used by professionals. Follow this link to download Modern Combat 5 on your Android.

Going back to the titles geared towards those who are into speed, Real Racing 3 is a good alternative for those who want to stick to the standard formula. With regular cars, the game offers around 250 official cars that can take part in races for up to 43 online competitors.

Even though it was originally released way back in 2013, Real Racing 3 also comes with official tracks for racing fans as well as continuous new updates and releases. If you read this article in a year, the number of cars we say here will be obsolete. Download Real Racing 3 by following this link.

An alternative to Modern Combat, Critical Ops also comes with the goal of being one of the best (and biggest) competitive games ever for Android. The game was released in the end of 2016, and it offers three different game modes.

The first of them is called Defuse, similar to one of the missions in the maps from the famous Counter-Strike, one of the best PC shooting games. The second is the popular Team Deathmatch, where two teams duke it out until one is eradicated.

The third, which was a newer addition, is the Gun Game, where two teams fight one against the other, but the players change through all the weapons in the game. Follow this link to learn more about Critical Ops and start playing it!

Sports fans’ will not be lacking a game they can play in our list of the best competitive games for Android. Different from the yearly release model that FIFA is famous for – at least in mobile devices – FIFA Soccer lets fans collect their favorite stars from the fields such as the Portuguese Cristiano Ronaldo.

With this collection, you will then make up your team to take part in online worldwide leagues, competing against people from anywhere around the globe! Follow this link and download FIFA Soccer. 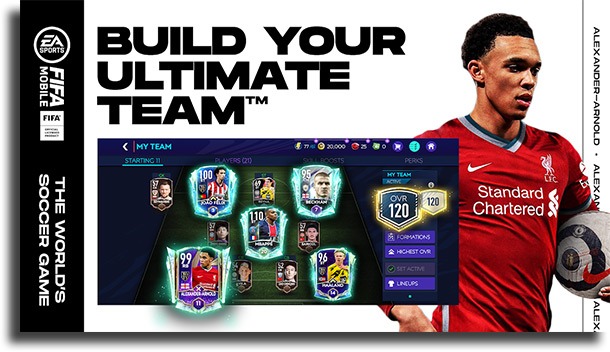 If you like MOBAs, you’ve certainly heard about League of Legends. Now, it has a mobile version called League of Legends: Wild Rift, which was released relatively recently and it quickly cemented itself atop the best mobile MOBAs.

The game has great graphics, amazing controls and gameplay, and a huge roster of heroes. One of the best aspects about this version is the fact that it diverts from the original in terms of how long the matches last. Here, the games are quick! Check it out right now!

Easily one of the most popular games in recent years, PUBG Mobile is a battle royale shooter. Its mobile version is free to play, with regular updates and new content all the time.

It is amazingly well-rated on the Play Store with almost 40 million ratings! The game offers battles with 100 players, making everything hectic, chaotic, and fun. It has many classes and vast maps, so there’s something new for you to do and an unexplored area. Learn more about it on the Play Store.

Going back to the digital card games, we have The Elder Scrolls: Legends, a pretty good option among the best competitive Android games. Just as is the case with Hearthstone, it uses characters and creatures from the Elder Scrolls universe, one of the most famous franchises among RPGs.

Even though most of the games are meant to be single-player, that is not the case with this one. You can build decks and duel against other fans of the franchise. The game offers unique rules that are hardly ever seen in other games of the genre. Follow this link to learn more about The Elder Scrolls: Legends.

With a more science-fiction take, NOVA Legacy is one of the best options among the competitive games on Android for those who like futuristic shooting games. It feels somewhat like the games from the Halo franchise, the game comes with one real-time online mode.

This mode is divided in two: you can either play as a team in the Team Deathmatch, or you can play solo in the regular Deathmatch. It also features an online leaderboard and it lets you customize your characters and weapons. Follow this link to download N.O.V.A. Legacy on your phone!

Also released in 2017, even Sonic has gotten himself one of the best competitive games on Android. As could be expected, the game places you in the shoes of the blue hedgehog and his friends in an infinite racing game, just like the classic Temple Run 2, with a new perspective that adds online competitions in real time.

Even though each one of you runs on your own track, the performance lets you send more obstacles to your adversary, making it much more likely that they will fail and you’ll win. There are maneuvers that let you increase your score, as well as many different tracks where you can play. Go to the Play Store to download Sonic Forces: Speed Battle! 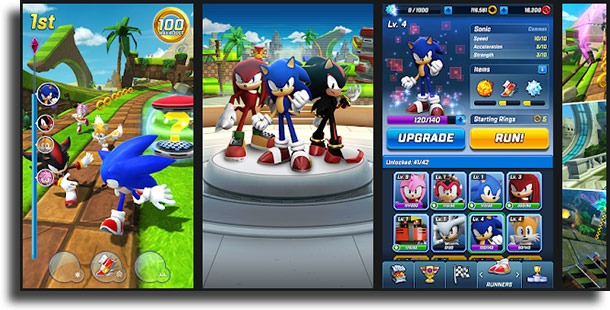 Which one of the best competitive Android games is your favorite?

After reading this list, we’re sure you’ll find a game that matches your profile and suits your needs so you can dedicate yourself and who knows, compete in a world championship?  Let us know in the comments what are your thoughts on the list!