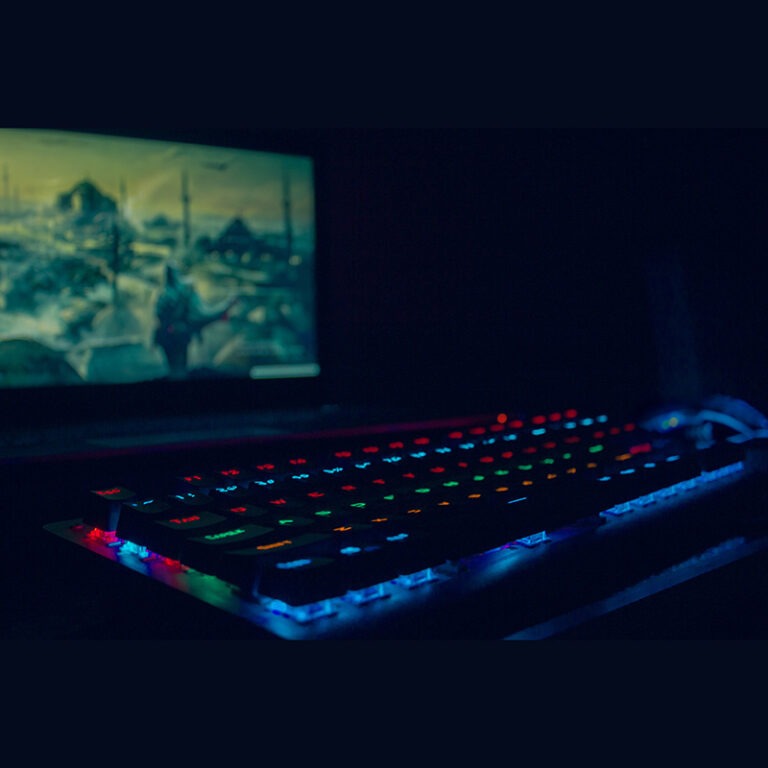 
For those who like playing RPG games, the PC is one of the best places where you can find and enjoy new and old titles in the genre alike. Every year a lot of different amazing RPG games get released, and there’s always more to come.


If you are also a fan of this classic genre and you want to learn more about all it has to offer, keep reading down below to check out which ones are the best PC RPG games available right now!

Tip: If you like gaming, check out here the best free PC games, the best online games, and the best couch co-op games!

Blackguards 2 is one of the best options in this list for anyone who is into turn-based tactical games. The game is the sequel to The Dark Eye: Blackguards that was released in 2014, and it was very popular when it got released.

This time, we have a lot more interactions with the ambient, several character customization options, and very good battle mechanics. In the game, you’ll basically have to fight against several enemies while you need to deal with missions accompanied by your companions. Follow this link to get it. 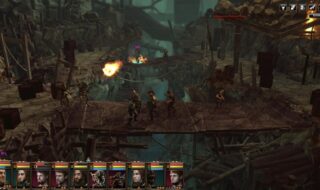 The famous game developer Obsidian has worked in many of the best PC RPG games, and Pillars of Eternity is yet another of its great works. The game drew inspiration from older titles in the genre (such as Planescape: Torment and Icewind Dale), which should certainly please many players.

Even so, Pillars of Eternity manages to bring the classic elements from PC RPGs in a very modern and fluid way. As such, this is an amazing option even for those who haven’t really played RPGs before.

The plot is another cool thing and it tells the tale of a character who gains the ability to see the souls of other people, as well as the memories of their past lives. The game can be purchased by following this link.

On the other hand, Dex is much more a mashup of a side-scroller with RPG, and it is a great option if what you want is some variety. The 2D graphics are really good-looking and the cyberpunk style makes the game even more captivating.

The best part is that the game is set in an open world which you can enjoy freely and non-linearly, something we’re well aware pleases a lot RPG fans. You play as a woman who uses her hacker skills to solve several puzzles and missions in a futuristic world. Dex can be downloaded by following this link.

4. Serpents in the Staglands

If you prefer playing games that work in real-time, Serpents in the Staglands is one of the best options in our list. The game is set in medieval Germany and it features an extremely detailed ambiance that’s based upon a lot of research by its devs.

The game manages to merge historical facts and fantasy in a very well-done way, without seeming to overdo it at all. The graphics are also an amazing aspect of the game for those who prefer a more old-school look. Serpents in the Staglands is available on Steam! 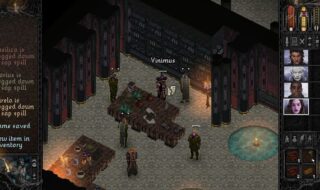 Victor Vran is one of the best RPG PC games for those who like the mashup of action, Hack’n’slash, and RPG, resulting in a style that resembles a lot of what we see in Diablo and in Torchlight. The game is named after its main character and other than a lot of fun combat, it also offers challenging puzzles to its players.

To top it off, you can change many of your character’s physical features as you play, and you don’t have to retain the same features throughout the entire story. Other than that, Victor Vran also offers a cooperative mode in which you can play with your friends. Check it out right now!

The game franchise The Witcher has always received a lot of compliments and it managed to hit the bullseye with two huge games. This time, they made the experience from the previous games a lot better and nearly reached perfection in The Witcher 3: Wild Hunter, considered to be one of the best games of all time.

The game is highly recommended even if you’re not that into RPGs, as it merges several different elements in its gameplay. The best part is that other than the main story quests, you can just spend dozens of hours exploring the huge vast world that The Witcher 3 offers, or doing its many sidequests. You can purchase the game by following this link.

The game Grandia II Anniversary Edition is everything its name says it is: a special anniversary version of the original game that was released at the start of the 2000s. Truth is, this game didn’t actually sell that well when it got released, even though it was highly critically-acclaimed.

Luckily, now you can purchase its improved version for PC. Grandia II has one of the best RPG combat systems found in PC games released in the past few years, and in fact, it was compiled by the famous Child of Light! You can also control several different characters while you go out in missions to defeat the god of darkness. You can learn more about the game by following this link. 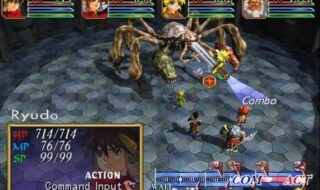 Shadowrun: Hong Kong is another of the best RPG PC games that follows the cyberpunk genre masterfully, offering a really interesting and immersive ambiance to the players. It merges several fantasy creatures with high-tech equipment and unique characters, making it very captivating and unique.

You control an orphaned character who tries to investigate some particularly strange and evil things that are happening in a futuristic version of Hong Kong. It might seem pretty out there at first, but the game is honestly very fun. Download it by following this link!

If you like the infamous JRPGs (the Japanese RPGs), Tales of Zestiria is definitely a good bet. It features some amazingly well-done anime-style animations as well as real-time combat, everything a fan of PC JRPGs could want.

To sum it up, your character has to fight against enemies that keep spawning every time other people experience any negative emotions, and it is necessary to establish harmony wherever you are. Follow this link if you want to get it!

10. The Age of Decadence

The Age of Decadence is another pretty weird game that’s set in a post-apocalyptic world inspired by the Roman Empire. According to the developers themselves, the game is highly inspired by the first games in the Fallout franchise, which makes it that much more interesting.

Its biggest focus is to let the players choose from several different paths to face the challenges the main plot offers in a way that each person can experience the game differently. To purchase The Age of Decadence, go to Steam. 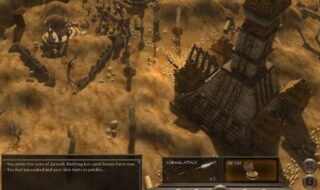 Without a shadow of a doubt, Fallout 4 is one of the best PC RPG games by far, as it is one of the games that can truly be thoroughly enjoyed by any type of player.

As was the case in the previous games, your character (who can be entirely customized) has to leave the underground shelter they live in in a post-apocalyptic world to face the challenges that an abandoned Earth filled of thieves and monsters has to offer. Fallout 4 can be purchased by following this link.

If you’re a huge RPG fan, it’s possible that you’ve at least heard about (or even played) the first Banner Saga game, one that was hugely successful a while ago. Banner Saga 2, released in 2015, got amazing reviews everywhere as well.

It has a much darker setting than the first game, with many new enemies and the possibility of choosing from two different classes for your character. The best part is that the decisions you took in the first game will influence Banner Saga 2 from the start of your journey. You can learn all about it by following this link.

Darkest Dungeon is another RPG in the style of a side-scroller, combining amazing-looking gothic graphics with good turn-based tactical combat. It is easily one of the best roguelike games around, and anyone who likes this sort of game should try it out.

One of the coolest aspects about Darkest Dungeon is that its characters (in up to a group of four) will have to face several challenges in the form of monsters and diseases in the dungeons they explore, which can directly affect your performances in future battles in the game. To try it out, go to Steam.

14. The Legend of Heroes: Trails in the Sky Second Chapter

The Legend of Heroes is another highly-promising JRPG, especially for trying to follow the more classic style in the genre but modernizing and improving upon it. The game also features great-looking old-school graphics as well as some anime-style touches.

The first installment of the game was very successful among fans of this genre, making this sequence one of the most awaited JRPG games of its time. The story is humorous and fun, and you control a girl in search for her love interest while fighting against enemies in turn-based combat. The game can be acquired on Steam. 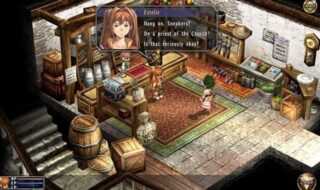 Since we have already talked about Fallout 4, it’s also a good idea that we talk about its unofficial successor, the game Underail. Those who know the Fallout franchise are aware that the original games were very different to what we have nowadays, although the premise and many of the mechanics have remained.

Underail seeks to emulate the exact same experience in these older games, with a very similar look, turn-based combat with different battle systems, and the possibility of adjusting your character’s skills throughout the story. You can get it by following this link!

Which ones of the best PC RPG games are your favorites?

Did you like our suggestions about the best RPG games you can play on PC? let us know in the comments, but make sure to monitor your CPU temperature while you’re playing any of the best simulation games or the best multiplayer games on PC!