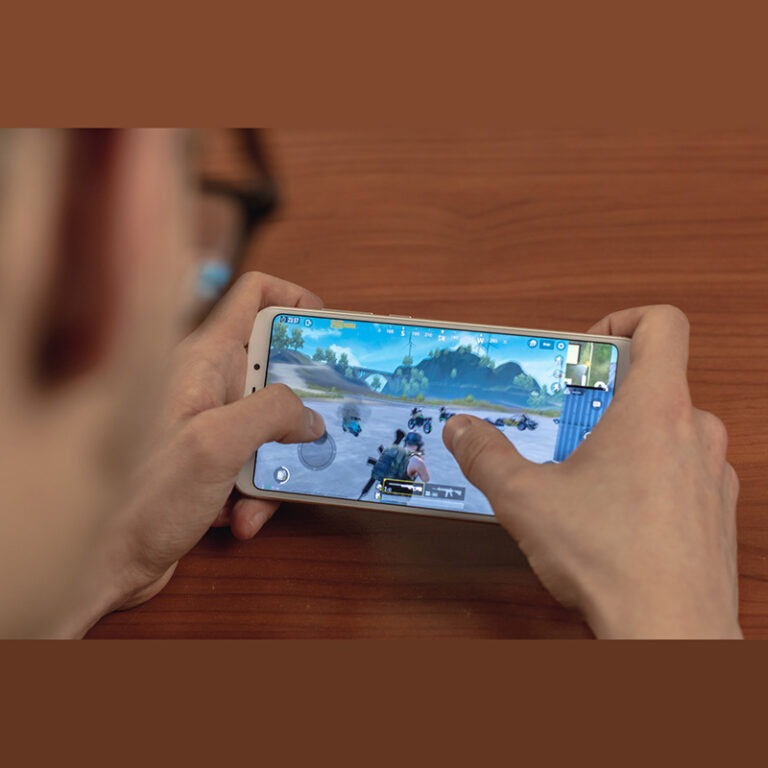 
Shooting games are one of the most sought-after genres for Android and all other platforms, and some of the best options are free! It’s a given in all of our articles about games there’s at least one good shooting game. Our readers just love them!


However, we have decided to do you one better: why not get many of the best of these games in a single list? Maybe this way it would be much easier to find the best options, and then this idea came to be.

Throughout the list, we bring forth some of the best free shooting games for Android available on the Play Store. Check them out down below!

Blitz Brigade is a shooting game set in the first person. That is, it’s an FPS game that’s one of the best mobile multiplayer games. It’s team-based, and it uses elements and styles from many of the other best and most popular games in the genre.

In Blitz Brigade, you can play in its single-player mode, which is all about relatively short missions and minigames. Other than that, there’s also the multiplayer mode, in which you can recruit teams to play with you. Follow this link to download it. 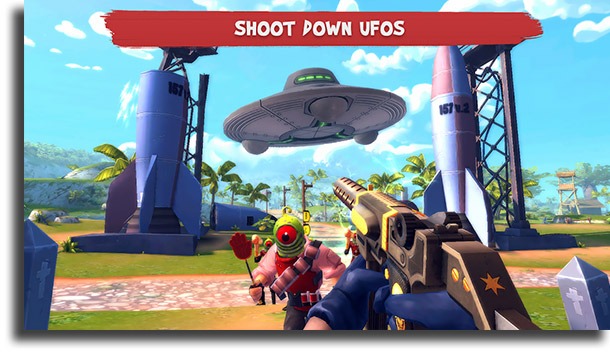 The genre of this game is FPS, one that has finally started to get a lot of attention and audience on mobile devices. That’s due to the first adaptations of these games for phones looking pretty bad, and having terrible gameplay on smaller phone screens. Now, with bigger screens, and mobile controllers, They’re rapidly picking up the pace.

The Last Defender is a game where you will need to shoot first and ask questions later, without much time for strategizing and missions that require a lot of thought work from beginners. See more about one of the best free shooting games for Android on the Play Store.

GunCrafter is one of the most addicting games for Android and for iOS. Developed by Naquatic, it fits in the category of action-shooter games, much more than just a shooter. The game draws a lot of inspiration from Minecraft.

In the game, the user will create their own guns, choosing from the parts in a block building style. It lets the players get creative and, after that, start competing against the others using what they have created! Follow this link to download it.

Don’t expect to find a very elaborate script in DEAD TRIGGER 2. In fact, saving the world is nothing more than an excuse to wreck the damned zombies to pieces. Don’t think the planet is only an American city since in what is one of the best Android tablet games you’ll go all around the world in many different missions.

DEAD TRIGGER 2 hits the spot in nearly all aspects, even though in higher stages of the game you will need to wait a long time to be able to really improve your character if you’ve chosen not to invest any real money. Given its quality, there are no real complaints. Check it out right now!

One of the best free shooting games for Android and for iOS alike, SHADOWGUN: DEADZONE has been a huge success since it was released, with over 10 million downloads on either mobile system! SHADOWGUN: DEADZONE is a game set in the third-person. That is to say, the camera will be behind the character, and you can view all of their movements.

SHADOWGUN: DEADZONE can be played via two distinctive game modes: the widely-acclaimed deathmatch, in which each character fights on their own seeking for the best score, and the zone control, a dispute between two teams in which the goal is to conquer and defend the most designated points across the map. Go to the Play Store to see more! 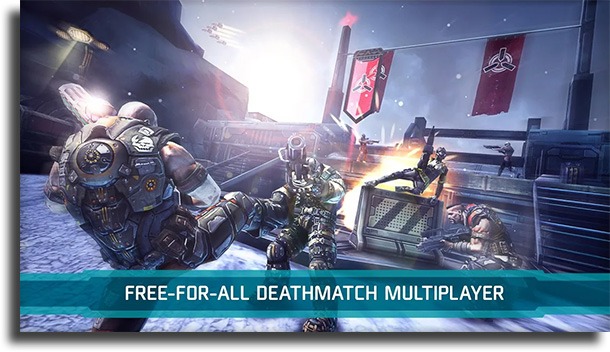 This is an entirely offline and, of course, free, shooter, that has amazing reviews in the Play Store. Dead Zombie Shooter has three different levels, each one with 15 amazingly fun unique missions. It has realistic graphics and weapons, with a pretty good 3D animation.

The controls are simple to understand, use, and navigate, and its premise is very straightforward: pick your favorite gun and start shooting the walking dead! If you’re curious about Dead Zombie Shooter, check it out right now.

Are you into racing games? Are you into Disney cartoons? Respawnables might be a pretty safe bet for you! It is a game that will make you feel right in the middle of a Disney set, mixing shooters and racing games.

It has over 185 unique missions, features some very short matches, and its graphics are surprisingly good. However, given how good it looks, it might not run that well on your phone, depending on if it is not a really good device. There are over 60 customizable items, 30 weapons, and, of course, great 3D graphics. Follow this link to see more!

This is the perfect option among the best shooting games for Android you can play for free if what you want is to do headshot after headshot. Modern Sniper is one of the best FPS games, and its goal is to exterminate some very high-profile targets.

For those who are just now getting into mobile shooters, this also is a great option. Even though it does drain your battery relatively quickly (due to its great graphics) the app will get anyone hooked very quickly. And the best part: there are no zombies around! Go to the Play Store to download it.

Yet another of the best free shooting games for Android that has a really interesting historical context, in Brother in Arms 3 you will be fighting during the Second World War! Here, you’ll play as the Sargeant Wright, fighting in the Normandy beach.

Other than shooting while on land, you’ll also have to work in several aerial skills such as aerial attacks, Rocket Blast, Mortar Fire, and a whole lot more. As you play, you’ll unlock new allies whom you can upgrade as you go. To top it off, it has some amazing maps. Follow this link to learn more!

Zombie Killing is a game that’s set over 20 years from now, in the year 2048, when the T-virus has wreaked havoc in the entire world. People are infected and they’re getting sicker and sicker. Now it’s your turn: the time has come for you to defend the world by killing all the zombies created by this disease!

Historical comments aside, Zombie Killing is a fairly well-accomplished game that has great graphics and incredibly intuitive and easy-to-use controls. Even though it was released relatively recently, it has phenomenal Play Store ratings. Check it out right now! 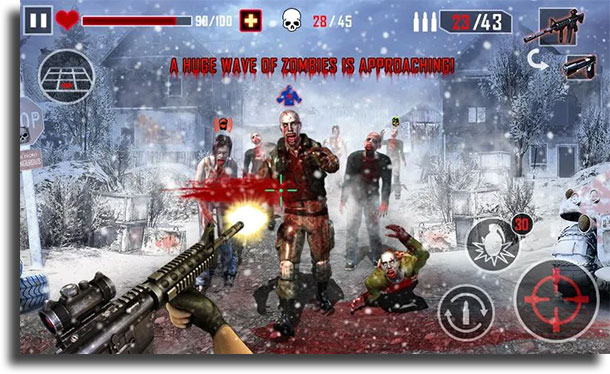 This game deserves its spot on our list for the following reason: you can choose against whom you’ll fight. While in all the other games you’re hired to kill all zombies or to exterminate armies, in CONTRACT KILLER: SNIPER you’ll have several different contracts at your disposal.

After that, you can just choose which contract you want to do and follow up with the mission. Of course, each contract will have different goals and difficulties. When it comes to the game itself, you’ll find over 250 missions, and you can even play against other players! Download it on the Play Store

If you are into PC gaming, you have certainly at least heard of Call of Duty, if not played it. On mobile, it had one of the biggest game launches in history. It is a pretty straightforward and expected FPS with a normal PvP mode, as well as a 100-player battle royale.

In the “normal” PvP mode, you can play in a standard deathmatch, as well as some slightly different modes. Players will also be able to customize their gear to unlock more things. While it’s newer than most games on this list, it also is one of the biggest mobile games around. Follow this link to download it!

PUBG Mobile is a battle royal game we have talked about a lot in the past in many of our articles about games, and it also takes a spot here. In this game, you’ll be placed on an island, dropping from a plane, and then you’ll gather weapons, equipment, and vehicles.

Everyone shares the same goal: to be the last one alive at the end of the match. And since you need to battle against 100 other people in its free-for-all matches, you can be certain it will be hectic! Download it on the Play Store right now!

Dead Effect 2 is one of the best free shooting games for Android that comes with elements of horror, survival, and RPG games. You will play as the main character, with the ability to take your pick from three protagonists. Beyond that, there is a lot of gear, weapons, and body mods to use as you level up.

The campaign will last you at least 20 hours, all with amazing graphics. This is an entirely offline game, so if you want an online option, you have to look elsewhere. In the end, it’s definitely worth checking it out!

With a game style much like “Vietnam War”, FRONTLINE COMMANDO 2 is particularly focused in war shooting, in which you, along with your team, will have to face off and defeat enemy armies. The game is played in the third person, and it features over 40 missions and 13 elite challenges.

With the ability to choose from 65 unique different squad members, all with their own classes, you’ll have your customized team. In the game, you’ll play against other online players through the 7 entirely destructible battlefields! Download it on the Play Store. 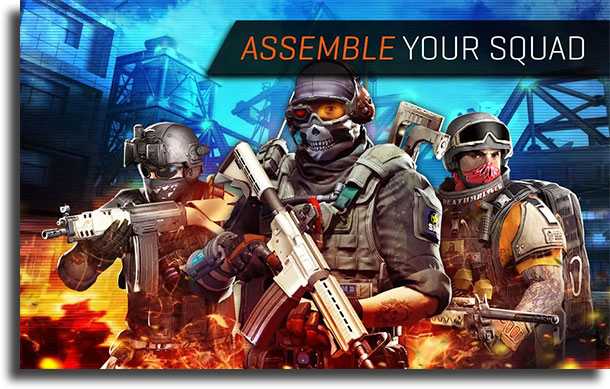 More options among the best free shooting games for Android:

Did you like any of the best free shooting games for Android?

Let us know in the comments what you think about our list, as well as letting us know if you think some other game should be here as well. Don’t forget to also check out the best free multiplayer games, the best couch co-op games, and the best offline Android games!