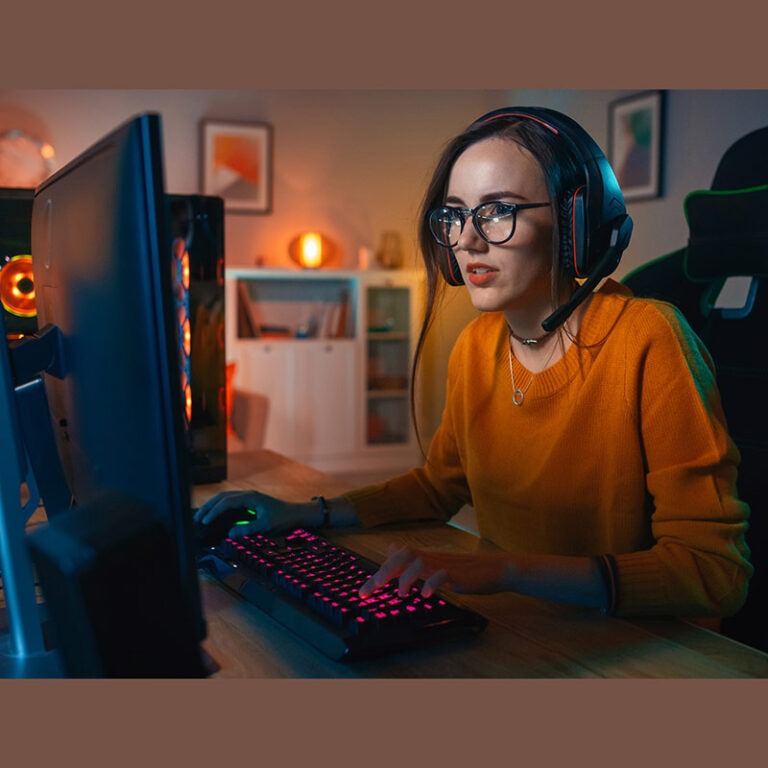 Best single-player games for PC and Mac: a top 12!


A huge trend all around the world is multiplayer games, especially eSports, electronic sports that have been taking the world by storm. However, many players still prefer to immerse themselves in the history and deep gameplay of the best single-player games, without having to interact with other people


That is due to, more often than not, the other players spend more time offending your mom than actually playing the game. So we have compiled a list of some of the best games to play alone on your PC or Mac.

Although originally released in 2009 for consoles, the action game was relaunched and arrived on the PC not too long ago. Take control of a ridiculously powerful witch who uses her enormous hair to perform spells and tear her foes apart!

In the game, you must face hordes of Angels using an enormous variety of really inventive weapons, abilities, and medieval torture devices. The action title is only available for PC on Steam.

Originally released in 2007, BioShock is not a shooter per se, leaning more on worldbuilding and the customization of your character abilities than actual action gunplay.

Don’t go thinking the game has nothing to offer – it is not considered one of the best single-player games of all time without a reason after all – with a mysterious environment and a very politically charged narrative that takes place on an underwater dystopia with deranged super-powered inhabitants, the game has an amazing narrative that will surprise you.

Bioshock had its graphics and sounds remastered recently and can only be played on the PC and is available on Steam’s online store. Alternatively, you can buy the three titles in the franchise – Bioshock, Bioshock 2, and Bioshock: Infinite – in a collection called Bioshock: The Collection at a huge discount! 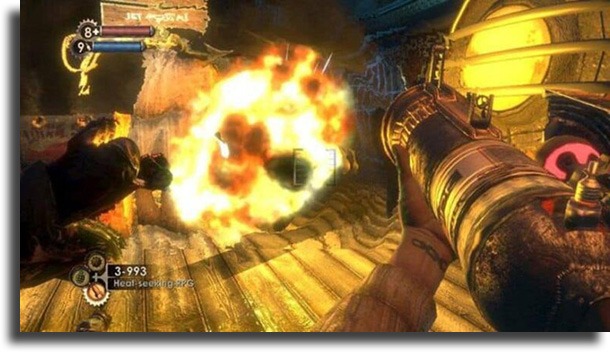 One of the best single-player games ever made, the original Dark Souls was recently remastered, with better textures and graphics, besides solving many known bugs of the original version.

On Dark Souls, you will create your own character and customize their abilities, weapons, magic, and fighting style while you explore the ruined, apocalyptic, and lore-rich world of Lordran, facing dark and terrible monsters that always put a spin on classic fantasy tropes. Dark Souls: Remastered is a very punishing game and it is available on Steam. 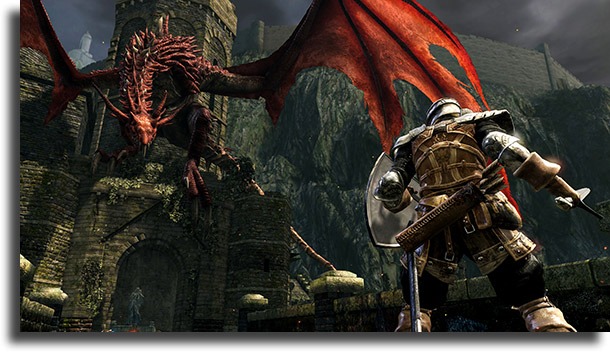 Considered one of the best strategy games of 2016 (and one of the best offline PC games), Sid Meier’s Civilization VI allows its players to rewrite the history of different civilizations and peoples of the world, such as the Romans, Americans, and the – for some reason – warmongering Indians in this classic game.

Despite having a multiplayer mode, Civilization is a game considered by many best when on single-player mode. Its turn-based strategy system is able to make you play for hours without noticing the time pass while building and bringing your civilization to its peak, be it military, economic, or scientific. The title can be purchased on Epic Game Store.

Although released in 2003, Star Wars: Knights of the Old Republic is still regarded as a masterpiece by fans of the franchise and outsiders alike. One of the first to let you choose which path your character will take – between the dark or the light side of the Force – the Bioware RPG gave fans a new perspective, showing what the distant galaxy was like thousands of years before the films.

Oddly enough, the game is old enough that it can run smoothly on all smartphones, both Android and iOS. Regardless, the game is available for PC and Mac on Steam. 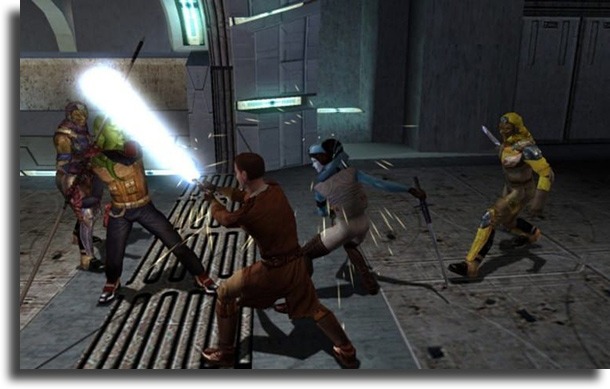 Launched in early 2016, Hitman brought the iconic Agent 47 back to games. Despite having online capabilities, none of them involve the participation of another person.

However, it is possible to create new assassination challenges, sending this challenge to the servers and allowing it to be played by anyone. The game has six stages, in which you must infiltrate and assassinate specific targets before escaping from the location.

Although it seems simple, all this should be done in the quietest way and without drawing attention, forcing the player to explore the various possibilities and think outside the box if they want to really feel like the perfect assassin. Hitman is available for, PC and Mac on Steam, and it has versions for Android and for iOS! 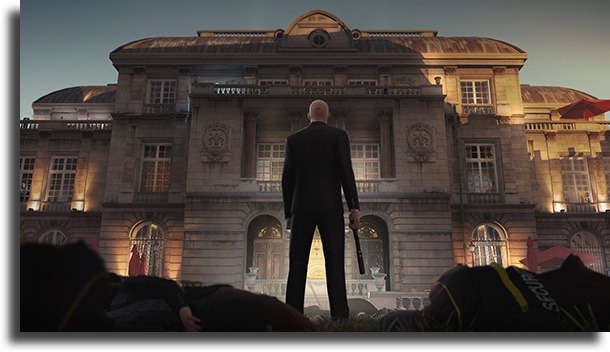 Another of the best single-player games in the strategy genre, Total War: Shogun 2 seems to have mechanics similar to the Civilization series at first. Although it is also in turn, the game’s battles are transferred to a real-time environment, in which you can guide armies on a battlefield.

There, you will have to use elements such as terrain, skills, and have to consider the morale of your troops to become the greatest military leader in Feudal Japan. The title is available for PC and Mac by following this link.

Going in the opposite direction of high-resolution games, Undertale has pixel art graphics and retro style, reminiscent of the Super Nintendo and Mega Drive era. Its history and mechanics, on the other hand, are a lot more sophisticated than what we are used to finding, even when comparing it to AAA games.

As a kid who falls into a hole that takes you to the world of monsters, you must choose how you will face the challenges of that world, whether trying to be friends with everyone or simply fighting and destroying them.

The interesting part, however, is in the memory of the game, which remembers every action you took and monster you killed, even when starting a new playthrough. It is one of the best single-player games with a pretty interesting morality system. Undertale is available for PC and Mac by following this link, and it is the cheapest option in this list. 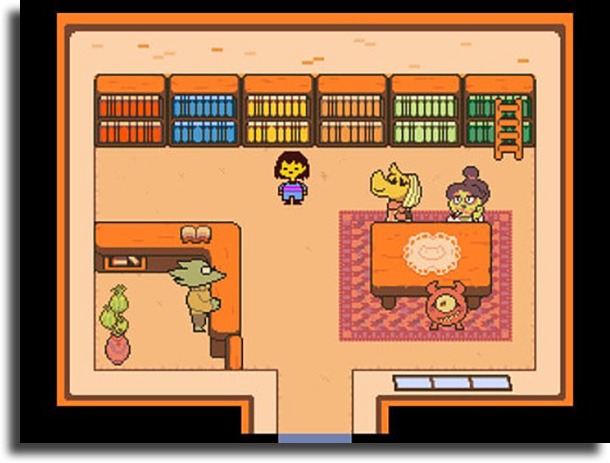 While Civilization and Total War are games that put you in command of armies, XCOM 2 puts you as the leader of a resistance group, which fights against alien invaders that have taken over the planet.

Also considered one of the best strategy games in 2016, the player will have to think in the short and long term, guiding their squad of soldiers in battle, while developing new gear and organizing a global resistance against aliens. XCOM 2 is available for PC and Mac on Steam.

One of the best independent horror RPG games ever made. As the heir to a cursed land, you must hire explorers and mercenaries to reveal and unravel the mysteries that plague the surrounding area.

However, your adventurers will be able to contract illnesses – both physical and mental – and even die in their service, making survival in the place increasingly more difficult. Darkest Dungeon is available for PC and Mac by following this link. 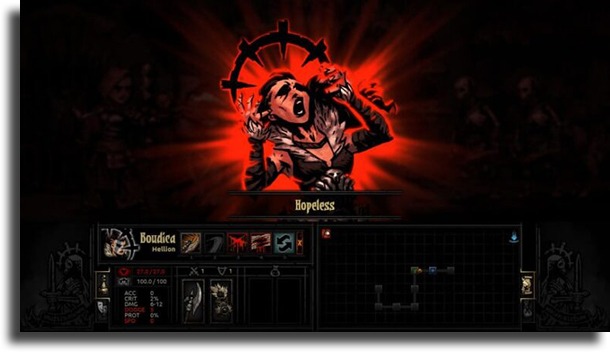 11. Injustice: Gods Among Us

Although the Xbox One and Playstation 4 consoles have already received the second version, this does not mean that the first version should be discarded, mainly because it is now available for PC.

In a story similar to what we see on the not-so-good Batman vs. Superman, Injustice: Gods Among Us features the two greatest DC heroes fighting each other after the Man of Steel became a tyrant due to traumatic events.

Despite being a fighting game, its story mode is good enough to be considered one of the best single-player games around. The title can be played on the PC and consoles, and you can purchase it by following this link.

Lord of the Rings fans got to know the best game inspired by the Tolkien universe in 2014. An original story, Middle-Earth: Shadows of Mordor brings a story of revenge from a captain who “allies” himself with an elven spectrum with no memory to fight the forces of Sauron.

In addition to being a solid action game, the title brought the innovative Nemesis system, in which your character can manipulate enemy command structures to use them against themselves, making it one of the best single-player games in the action genre. Shadows of Mordor – and its sequel, Shadows of War –  is available on PC and Mac. Go to Steam to get it!

Shadowrun: Hong Kong is a title on our list that follows the cyberpunk style with mastery, offering a very interesting and immersive ambiance to the players. It combines several fantasy creatures with high-tech equipment and unique characters, making it very captivating and unique.

You control an orphaned character who tries to investigate some strange shady events happening in a futuristic version of Hong Kong. It may seem pretty crazy at first, but the game is extremely fun. You can download it from this link.

One of the biggest and most famous medieval fantasy games that are available both for consoles and for computers is The Elder Scrolls V: Skyrim. Even though it was originally released way back in 2011, it was re-launched several times up to today – even the latest Nintendo console, the Switch, got a version!

In the game, you will be able to create a character to explore a cold and frozen-over world, with countless references to Norse mythology in general. A really cool thing is that, while it is one of the best lightweight PC games, it also has a newer version called The Elder Scrolls V: Skyrim Special Edition, entirely remastered with additional features.

Which one of the best single-player games is your favorite?

Let us know in the comments which ones are your favorites and if you think we forgot some other game you love. Don’t forget to also check out how to play games on a Mac and the best online PC games!