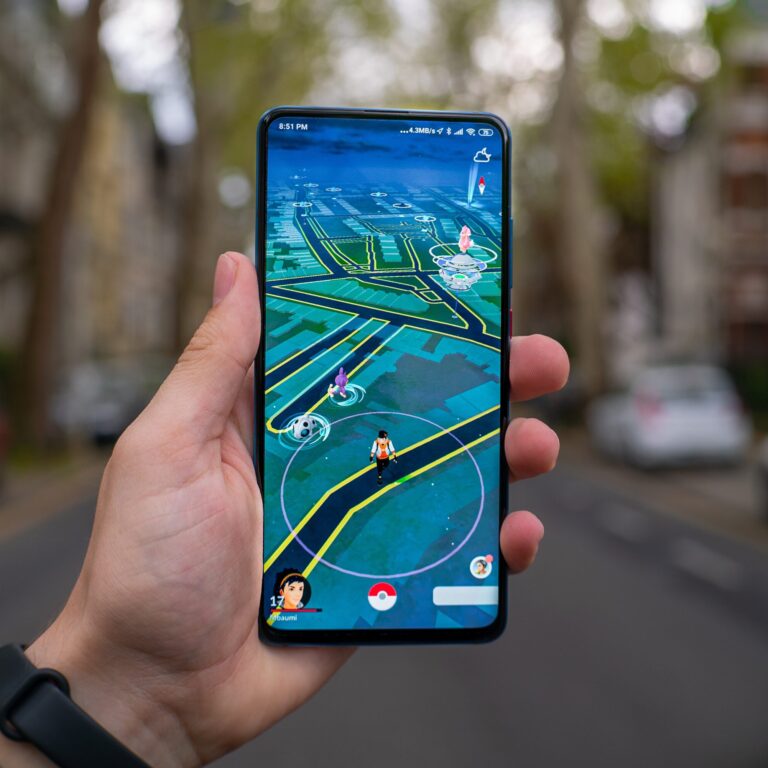 The 20 most addicting games for Android


When we are talking about games, variety is usually highlighted, and with good reason. Games have so many genres that it is impossible to not find anything that fits your tastes. However, some go beyond that and have this capacity of keeping you playing for hours on end, which makes them excellent tools to pass the time. We’ve gathered a collection of these addicting games for Android and brought you some of them so you can test them out in your smartphone or tablet with the Google OS.


Check them out down below!

Impossible to start a list about addicting games for Android without mentioning Candy Crush Saga, still one of the most played games on the platform. The Bejeweled-inspired game filled with colors and sugar turned the small time King Studio into a giant of electronic games with its simplicity and its endless challenges.

Who never asked a friend for another life? Click on the link to download Candy Crush Saga.

The second item in our list of addicting games for Android is the 2016 phenomenon that became a huge hit overnight. Using augmented reality, Pokémon GO turned into reality the dreams of many people when it brought Nintendo’s pocket monsters to the streets and parks of everywhere. 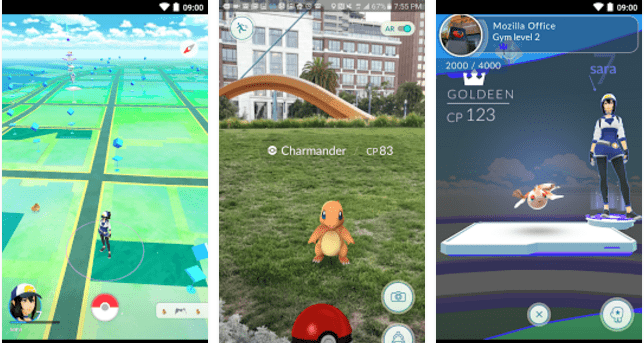 For those who prefer to stay at home, we got you! Pokémon Shuffle Mobile is the perfect game to capture the little monsters, but in a different way. In a similar gameplay to Candy Crush Saga, you’ll need to form combinations of three to defeat each monster in each stage.

Upon winning, you’ll be able to try to capture it and use it in other stages. Get to know more about Pokémon Shuffle Mobile right here.

Created with no intention of ever becoming a huge thing by a developer, 2048 turned into a success overnight and generated a huge wave of clones on the Google Play Store. 2048 is a game with mathematical fundamentals that challenges the user to assemble a square with the number 2048.

Every fusion doubles the number inside, but the space is limited, requiring planning and lateral thinking to get to the end. Download the original version developed by Gabriele Cirulli on the Google Play Store.

Addicting games can be anything, including an extremely simplified version of cellular organisms. Each player is a cell that must devour others to survive, at the same time you run away from the larger ones, which means that you are the predator and prey at the same time.

In other words: you’ll have to destroy other players to grow bigger and stronger at the same time you have to run away from those stronger than you. Click on this link to know more about Agar.io.

The best reason why this belongs to this addicting games list is simple: it is extremely similar to the Atari classic Frogger, during which players have to help a frog cross the street. The premise here is the same, but this time it is a chicken… or multiple other characters that you can buy with coins that you gain by playing the game!

Check out more about Crossy Road.

The official version of PlayerUnknown’s Battlegrounds, the famous PC game that revolutionized the battle royale genre is also available in mobile. Almost everything that made the game famous on PC is available here, including epic 100 player battles and constant struggle for survival.

The game does not perform very well on older smartphones, so be wary of that. If you want to check out more about it, click this link.

A game about making games making its way on our addicting games list! Another veteran of our lists, this game is about assembling your studio in the dawn of the age of games and slowly progress to current era.

The game already made success on PC, but it is also available in mobile devices. Click on this link to download Game Dev Tycoon.

From the same creators as Crossy Road, we have PAC-MAN 256. This game is considered by many as one of the most addicting games on mobile, especially by fans of the classic.

It mixes the gameplay we already know and love with games featuring endless runs. This means that you’ll be playing an endless maze trying to eat pellets and running away from ghosts.

A new enemy called Glitch will pressure you to keep going through the maze. Click here to download PAC-MAN 256.

A mobile classic, Plants vs. Zombies 2 bring the cute and famous plants to defend gardens across time against zombies that managed to get themselves a time machine. The gameplay doesn’t change a lot from the previous game, which is a good thing as the gameplay was already pretty good, and will keep you engaged for hours.

We have also considered it for our list on best offline games for Android. Get to know more about Plants vs. Zombies 2 on Google Play.

One of the most popular mobile war games, Clash of Clans counts with an addictive formula of building troops, besides a dash of inspiration on old soldiers and Norse legends. In a medieval fantasy scenario full of humor, the charismatic heroes help keep the strategy game popular, being a genre normally considered niche.

From the same company and directly inspired by Clash of Clans, Clash Royale is a competitive card game for Android. The clashes consist of destroying the towers and castle of your opponents while you defend yours.

In order to do that, you’ll use cards to summon charismatic characters of the original game. It’s one of those few mobile games that count with professional tournaments. Get to know more abot Clash Royale.

The legendary game that spawned a franchise that has been around for over almost three decades is also available on mobile! If you are a veteran of this series, you know how addicting games can be. It’s a fun classic that translates very well to mobile devices.

As usual, you’ll have to beat each stage full of enemies, traps and a boss, until you get to finish the game. Download Sonic the Hedgehog on Google Play.

This is one of those addicting games for Android perfect for people nostalgic for the good old arcade era of gaming. With a top down perspective, you’ll commandeer a vehicle among the enemy hordes, dodging every projectile as you progress and gather more points to destroy enemies.

Even with all this, Shooty Skies: Arcade Flyer isn’t a violent game due to its cartoon graphics. The game is available on Google Play.

Following the same premise as the entry before, the Sky Force series is one of the most traditional shoot’em ups for mobile devices. More adult-oriented than Shooty Skies due to its depictions of explosions, the game was released once again under the name Sky Force Reloaded and was kept up to date with new levels and maintenance.

Select your ship and face enemies until there’s no space left on the screen in the classic arcade style by downloading the game on Android.

This abstract game is also one of the most addicting games we’ve played. Controlling a metal ball, you’ll have to destroy the maximum number of glass panels littered around the scenario that you can destroy.

The alternative dimension on this title helps the player keep focus and concentration on their progression, since having a good timing is fundamental for advancing. Click on this link to know more about Smash Hit.

The mobile game inspired on the classic adventure franchise focusing on Lara Croft – of Tomb Raider fame – is one of the few paid addicting games available in this list.

Similarly to the original games, you’ll have to explore ruins and never before seen places, but in a turn-based puzzle scheme. Get to know more about Lara Croft GO right here.

From the same developers as Lara Croft GO, this game is inspired on Agent 47, made famous be the games and the movies (that we are definitely not going to bring up ever again) of the Hitman series. The gameplay is similar to Lara Croft GO’s, but focused on assassinating high value targets instead of exploring crypts and ruins.

It has stages based on the original games. Check out more about Hitman GO on this link.

Alto’s Odyssey usually makes it into best games and most addicting games for mobile lists due to a variety for reasons. It’s a gorgeous game with an incredible presentation and it’s just so much fun!

You’ll play as Alto as you glide and sandboard across the desert in this simple, but comfy and entertaining game. If you wanna check out more about Alto and his friends, click here for the store page.

One of the many superhero games by Marvel, Future Fight might as well be ranked the top in terms of addicting games. With one of the largest casts of heroes from the comics, series and movies of the company, you’ll assemble teams of three characters and explore a storyline original to the game, beating criminal hordes and threatening beings along the way.

The title follows the action RPG formula, and you may know more about it clicking this link. 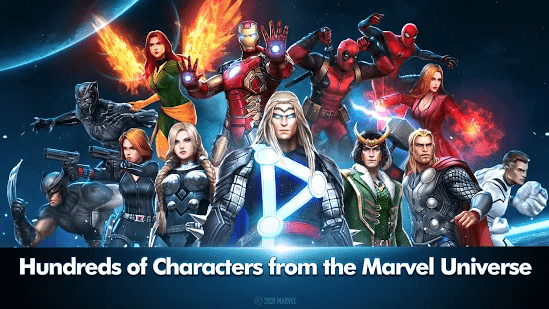 Which of these addicting games for Android are you going to try?

We’ve already spent countless hours in these games, but we want to hear more about you! Any of these games caught your eye? Did we miss your favorite?