RPG games have always been a staple for consoles and PC, but they have also been gaining traction on mobile devices for some time, now. Even though some are games that are already available in other platforms, it is also possible to find completely original works that fit the mobile platform seamlessly. Sure it might be a little hard to look for games among so many available nowadays, so we prepared a list with some of the best RPG games available right now for your Android device.


Check out our suggestions down below! 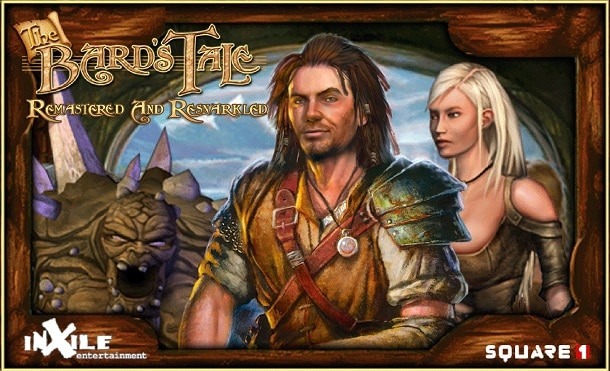 To start off our list, we have a laidback and fun title that dodges those situations normally presented in traditional RPG games. The Bard’s Tale is a remake of an 80s RPG that was re-released for PS2 and Xbox in 2004, but ended up getting PC and mobile versions later.

It counts with an excellent sense of humor and doesn’t take itself too seriously, even if offering classic RPG battles in this type of game. You may download it through link.

Our second suggestion is part of the Doom and Destiny franchise and works both as a sequel and as a reboot of the first game. It counts with basically all the same characters as the original one and a premise that is very, very similar, but going for an alternative universe explanation.

Considering it counts with at least 15 hours of entertainment, a diverse cast of enemies, dungeons and secrets to find, and no reasons to let it slide and not check it out! Click here to download the game.

Different than some titles in this list, Eternium: Mage and Minions is a totally free RPG that may be played without any connection to the internet.

It has multiple alternative stories, enemies for you to fight and interesting characters for you to control. On the negative side, there are some microtransactions, but nothing that you absolutely need to progress the game. Click here to check out more about it.

And then we have Exiled Kingdoms, a single player RPG that doesn’t have free-to-play mechanics common in mobile games. It counts with an interesting story and narrative alongside traditional mechanics commonly found in most RPG games.

The visuals of the game are not that good, but the game itself ends up compensating this fact by it’s quality in other aspects, may it be on characters available, progress system, story or the world that can be explored. Besides that, you can enjoy a huge chunk of the adventure with two free characters and then maybe purchase the full version. Click here to download it. 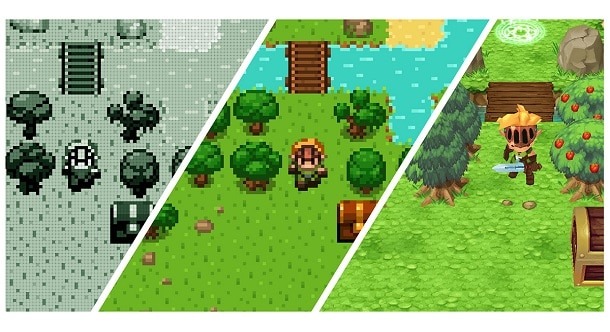 Evoland is a game that came out in the past decade with a very interesting premise: as you progress the game, you’ll go through the multiple different visual identities of RPGs since their inception up to today’s graphics. You’ll have both 8-bit 2D games’ mechanics up to much more detailed 3D releases.

There are also different types of scenarios and enemies that appear as your story progresses, and this story will remain the same as the world itself changes. It is a little bit shorter than most games in this list, but if you are an RPG games fan, it’s worth checking out this absolute love letter to the genre. Click here to download it.

The Fire Emblem franchise counts with excellent RPG games on Nintendo consoles, but the company also released a version of their games for mobile devices.

It works more like a strategy-tactics RPG, during which you need to recruit some of your favorite characters in the franchise and set out to face challenging enemies in multiple stages. There’s also the possibility to fight against friends and other players all around the world. Click here to download the game.

7. Knights of Pen and Paper

Knights of Pen and Paper is a great suggestion, mainly because it counts with a different concept than most other games. On this game, you’ll control characters that are playing a tabletop RPG on the same style as Dungeons & Dragons, and your characters have their own characters within the game.

The explanation might have sounded a little confusing, but we guarantee the game is simple and fun to play. You may download the game through this link.

Pixel Dungeon is an open code RPG, which means that there are multiple versions made by fans. Still, we recommend you try out this one first, since it is fun and offers complex and tough challenges.

It works like a dungeon crawler, in which you must explore dungeons to kill enemies and collect treasure. You can download it through this link.

Sorcery is historically one of the most well-reviewed RPG games on the Google Play Store, even counting with a style reminescent of those old text-based adventure games.

The title places your character in an open world that you can explore, being necessary to take some complex decisions that might change the course of the narrative. In total, there are four games that continue the story and all of them are worth checking out. Click here to download the very first one of them. 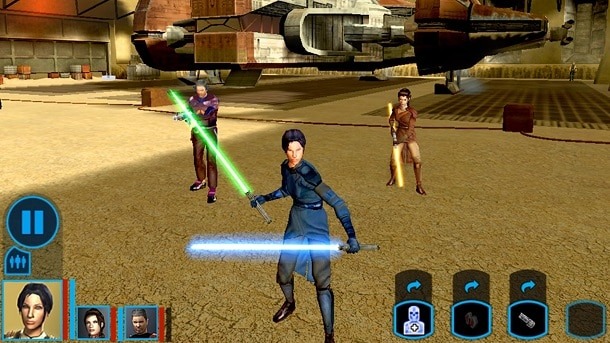 Whoever is a fan of both Star Wars and RPG games definitely has already heard of Star Wars: Knights of the Old Republic. With an interesting and unique narrative within the Star Wars universe, it is hard to not recommend this one. The game is a classic of the PC platform and properly received a port to mobile devices.

In this game, you’ll play as a young Jedi that must make multiple important decisions as the narrative unfold, as well as interact with your companion. All of this will affect if your character will turn out to be a Jedi or a Sith. Click here to download it.

Originally an excellent PC game, Titan quest received a very impressive version for mobile devices some time ago. It is fun and complex, counting with hundreds of enemies, items, character classes, unique skills and customization options for your protagonist.

Even being a PC game, the controls were well-adapted to the mobile platform and it is pretty easy to learn and play. It’s also worth noting that there are no microtransactions within the app, all you need to do is buy the title to have full access to the game. You can click here to buy it.

To this day, Final Fantasy VII is considered one of the best titles in the franchise, and even one of the best RPG games of all time. Originally a PlsyStation 1 game, it has received multiple versions, ports and adaptation as the years went by, even getting an Android release too.

The game itself is enormous and might be a little too much for older smartphone devices, but it is certainly one of those RPG games worth checking out. You may download it through this link.

The Inotia franchise is an old one on the Google Play Store, and it is worth checking out for RPG fans that want something more traditional in their smartphones. Of all titles in the series, Inotia 4 is the one that most received updates to spruce up those visuals, mechanics and performance, so that’s our main recommendation.

There are 6 character classes, almost 100 unique skills, around 400 available maps and a very interesting plot to follow (as expected for RPGs). You can download it in this link. 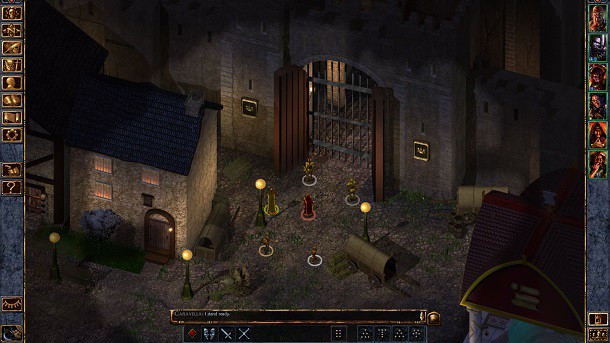 To close off our list, we have one of the most classic PC games of all time: Baldur’s Gate. The game to this day is held as reference among RPG games and counts with dozens of hours in its main campaign.

It is worth mentioning that it is more recommended to fans of the genre that are looking for something more complex, since it can be hard and confusing for newcomers that are not used to the classic 90s RPGs. You can buy it through this link.

In the role of a small and sympathetic swordsman, this RPG mixes mechanics of platforming games that allow you to upgrade your character as you advance. Thankfully, these improvements are not due to the infamous microtransactions, being done through the player’s dedication. Get to know more about this game through the link!

Were any of these RPG games fun? Tell us in the comments down below which one of these games you were inclined to check out, the ones we missed and the ones that you think shouldn’t be here!