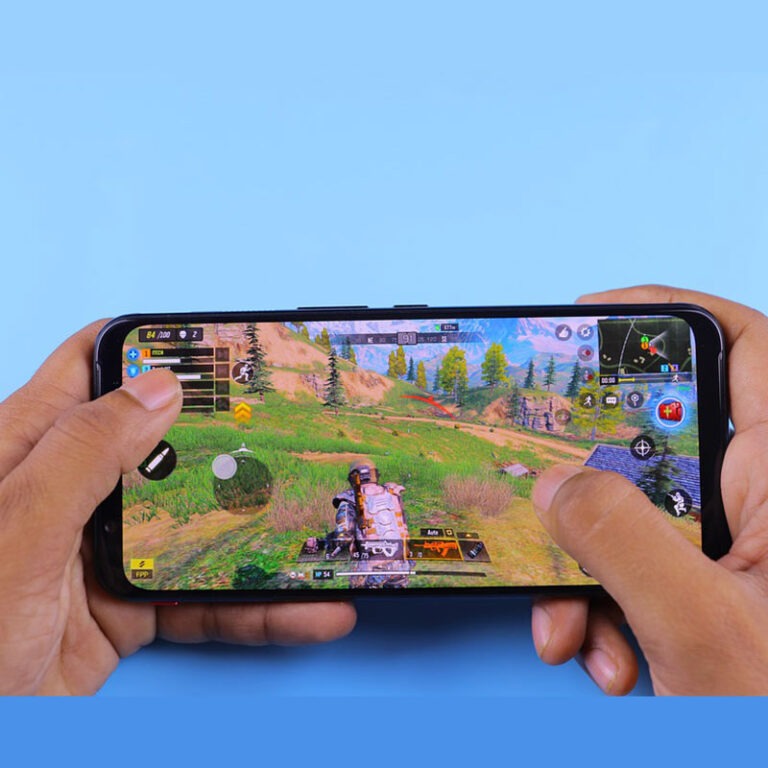 
Even though they are particularly successful among PC gamers, strategy games are also gaining a lot in popularity on smartphones. There are many options that can run on relatively old devices, besides the ones made for high-end smartphones. The biggest proof of this is the sheer number of strategy games that are getting released for Android and iOS lately. Many being versions of the best PC games.


Of course, given the huge number of games you can download on the Google Play Store, it can get somewhat difficult to choose the one that best fits the style you prefer.

For that reason, we have selected some of the most varied and fun strategy games you can find on these stores to play on Android. Check them out down below!

Starting off, we have a relatively recent game that was developed by Nintendo itself. The Fire Emblem franchise has some of the best RPG games for consoles, so it is most certainly worth taking a look at this mobile version.

It is basically a turn-based tactical strategy RPG game. Here, you can recruit and find your favorite characters from the Fire Emblem franchise to fight against varied enemies in pre-set levels or in its great multiplayer mode. Follow this link to learn more about it! 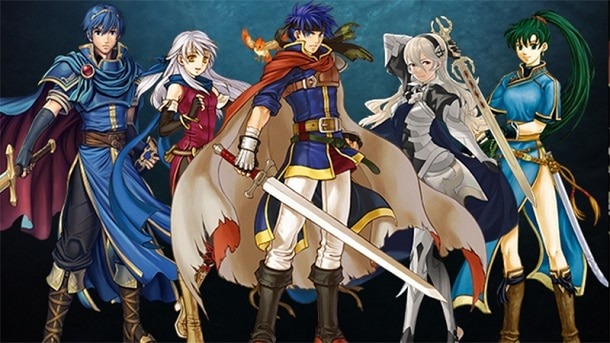 Don’t Start is another game that has quite a few strategy elements. But all is done in a way that relates a lot more to your character’s survival. You will have to explore a desolate island, find supplies and resources, set up your camp, hide from many monsters, and survive during the different seasons of the year.

The game can be really challenging, especially in the first few times that you play it. Other than that, it also has some really unique graphics that look amazing on all screens, even though it also is one of the best lightweight PC games. You can see more on the Play Store.

Plague Inc, on the other hand, is a really interesting game that has a style that resembles board games a lot. It’s a great choice for peopla looking for simulation games.

The main goal is to spread a virus all around the world to decimate the entire population before a cure is found. Quite recently, that changed a little bit, since a new mode has been added.

In this new mode, you will have to act as the doctors and try to stop the virus from destroying the world! In both of these modes, several factors need to be taken into account.

This includes the symptoms, how the virus is transmitted, how it survives in varied climates, and more. You can download this amazing game by following this link!

Next up, we have to recommend that you try out Pandemic. This is a very much the opposite of Plague Inc. and it’s original mode.

As you might imagine, in this game you need to prevent that infections diseases spread all across the world To do so, it is necessary to move around the board so you can gather the necessary resources to cure them.

A really cool aspect of this option of the best Android strategy games is that it was originally a board game, and this is its mobile version! You can download it by following this link.

Another game that merges many cool survival features with those of a strategy game is Auralux: Constellations. Here, your goal will be to conquer new planets, which you will then need to protect from attacks in the future. It is basically an RTS (real-time strategy) game for mobile devices!

As is natural and could be expected, the game will get much harder to play. Even the simplest mistakes will cost you all you’ve conquered! Auralux: Constellations comes with over 150 levels for you to play, and you can even enjoy it online with your friends. Check it out! 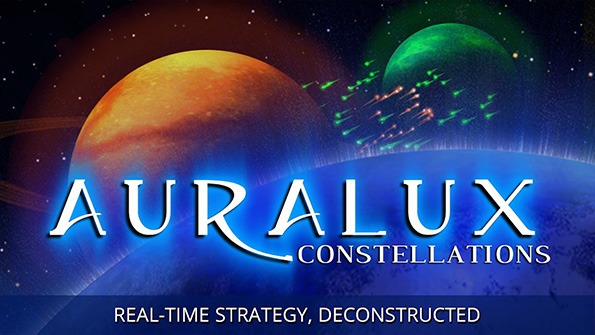 You can play this game entirely for free, but there are a few microtransactions in the form of card packs. While you can acquire them in-game for free, it will take much longer. Beyond that, there are a few expansion packs that you need to pay for, but you don’t need them to enjoy this game.

As can be expected from a game such as this one, here you can play against your friends or against random opponents from all around the world. To download this game, just follow this link!

If what you want is a card game that doesn’t rely on and doesn’t feature that many microtransactions, we can recommend you try out Elder Scrolls Legends. While it is not nearly as popular as Hearthstone, it does have a relatively big player base, making it a great option.

Other than that, new entirely free updates are released relatively frequently. It also has an amazing history mode that anyone can play without paying anything, granting it a spot among the best free PC games!

The game has both online and offline modes. You can download it on the Play Store right now!

Just in case tower defense is your jam, Bloons TD 6 got you covered! With a myriad of options and customizations, Bloons TD 6 not only offers a robust array of gameplay options, but things very rarely seen in the genre, like co-op and boss events.

Bloons TD 6 is a paid experience, but make no mistake: it’s worth every penny. You can check out more about the game by clicking right here.

Townsmen is a game that started off on PC, the platform on which it was extremely popular. Now it is still amassing fans in its version as one of the best offline Android games. It is possible to download a free version, but unfortunately, it is full of ads and, as such, you might be better off paying for it.

This real-time strategy game offers many interesting features and elements. The main focus will be in making a small village become a huge medieval empire! Taking into account just how complex it is, it’s to be expected that you’ll spend quite a few hours in your days just managing your new city. To download this game, follow this link.

If you’ve ever played a game in the Worms game franchise, you’ll certainly see many similarities to Warlings. This game that works basically in the same way. Amidst the humor and the jokes it offers, you will also need to create a good strategy to be able to defeat your enemies.

There are 6 entirely unique battlefields where you can play. There is also a huge weapons arsenal full of interesting and sometimes absurd options to choose from. You can play it by yourself or get together with your friends to make these battles even more competitive! Download it right now!

For those who are fans of the age-old classic Battleship game, there is absolutely no better version than Sea Battle. It works exactly in the same way, and you can choose whether you want to play against the AI or against your friends in its multiplayer mode, making it one of the best Android strategy games.

The controls are really easy to understand and its gameplay is fluid and intuitive, just as it is in the regular game. Even though it seems to be a simple game, we can guarantee it will take a lot of strategizing for you to be able to take down your opponent’s ships. Follow this link to download it.

There’s no denying that XCOM: Enemy Within is by far one of the best strategy games you can play on Android devices, even more so if you take into account that the entire PC franchise offers a myriad of amazing games in this category.

You can download it and play it entirely for free, without ever needing to actually purchase absolutely anything, which means that you can better focus on the playability and the tactics necessary to advance in the game. Follow this link to download it right now! 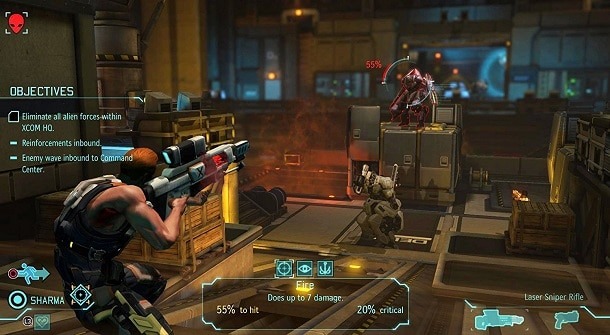 Clash of Clans is one of the mobile games you have most likely heard about at some point. It is by far the most successful mobile strategy game in the world.

You can even play it on a tablet for a better experience, making it one of the best Android tablet games. Here, you need to gather resources and supplies, build a community, gather up your troops, and attack other players.

All of that while you also defend yourself against your opponents. To top it off, it has frequent free updates! The game can be downloaded by following this link.

Age of Civilizations is another of the best strategy games for Android that was inspired by board games. In fact, it resembles games such as Risk and even Pandemic a lot. Afterall, your goal is to conquer the territories of other civilizations.

The best part here is that you can choose the age where the game is set. Whether it is during either of the Great World Wars or a more modern setting, for instance. You can follow this link to download it!

Card Thief is another game that merges strategy with cards. But it is very different to the others we’ve talked about previously in our list. In this game, you will move through the cards and make sure that you don’t get detected by your enemies.

The cards consist of equipment, treasures, ways to keep yourself hidden, and some other really interesting items. The game is really casual. But even so, it is necessary to pay attention to your strategy to be able to finish the levels.

Lastly, but not least, we have Machines at War 3. This is easily is one of the best real-time strategy games you can find on Android. Your main goal here is to defeat all of the enemies that appear as you play to protect some scientists.

The best part is that the history mode has 21 different missions and dozens of war units you can use and build. Other than that, you can also enjoy its online mode if you want the game to be even more challenging! Follow this link to download it.

Did you like any of the best Android strategy games?

Let us know in the comments if our tips helped you out in finding a new good game to play on your Android device, and don’t forget to also check out the best mobile multiplayer games, the best iPhone games, and the best browser games!