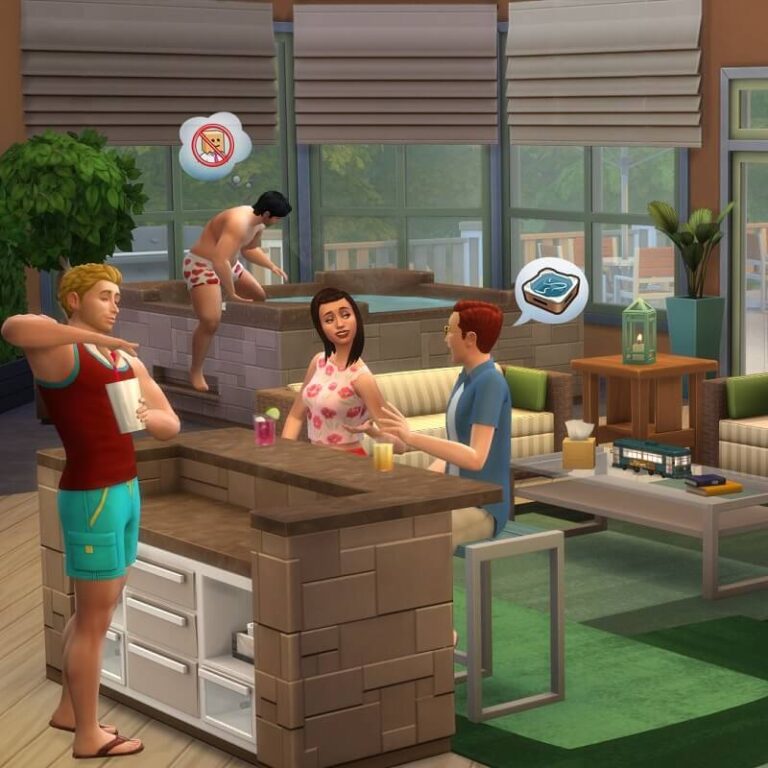 20 best simulation games you can play on PC!


Anyone who’s into simulation games knows that most of the best games in this genre work particularly well on desktop computers. Since these games are extremely diverse and are about themes much unlike anything we’re used to, which in the end means that the PC is one of the most well-suited platforms for it.


Of course, since there are just so many simulator game options, it can be somewhat difficult to choose the one that’s best for your own personal taste or that’s really worth playing. For that reason, we’ve selected some of the best simulator games. Check out the list down below and choose your favorites!

Euro Truck Simulator 2 is not a very traditional game, but it certainly is one of the best simulation games for PC. In this one, you play as a truck driver who has to deliver many different shipments to several European countries.

You can choose to work for some different companies or buy your own trucks to deal with the clients directly. The game might seem boring to many, but in fact, it is quite relaxing and will keep you absolutely hooked. Follow this link to see more about it. 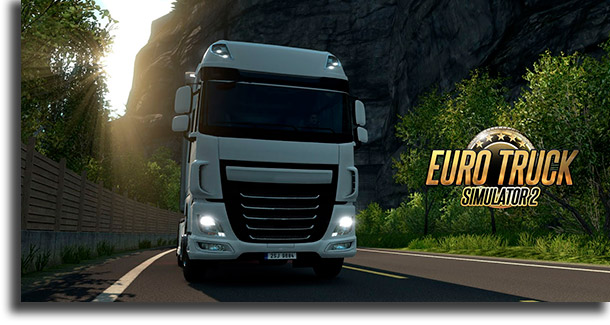 SimCity has always been one of the most famous simulation franchises around the world, and so we just had to mention the latest installment of the series in our list. And it even has a quite fun to play version for iOS devices, featured in the best iPhone games!

The version released in 2013 had some controversies when launched, particularly the necessity of being always online to play it. Happily, everything has been fixed and now the game is extremely recommended for anyone after a game to simulate city planning. Follow this link to download it.

SimCity might have been the one to popularize the city simulation games, but Cities: Skylines is the best in this niche nowadays. It offers a lot of extra features, expansion packs, DLCs, and several free updates!

The game also allows its players to create special mods to make their cities even more customized and customizable. Follow this link and learn all there is to know about this game.

Plague Inc. merges the best and coolest elements when it comes to both strategy and simulation, which means it is a safe bet for those who are into both (or either) genres, two that usually go really well hand-in-hand.

In this simulator game for computers, you have to find what is the best way to spread a disease across the whole world. It can be quite difficult, depending on the country in which the disease starts spreading and how long it takes for the virus to get noticed.

And, maybe even for that reason, you can play it over and over again without it becoming too repetitive! If you are interested about it, you can learn more about Plague Inc., one of the best offline Android games, by following this link!

Pandemic is a game that is very similar to Plague Inc., but the way it plays out is pretty much the opposite. In this alternative among the best simulation games, you have to find a way to stop the progression of and cure an extremely contagious disease.

It is a well-known and renowned board game, but its virtual version has been out for quite a while now. If the premise of this game picked your interest, you can start preventing the spreading of diseases by following this link! 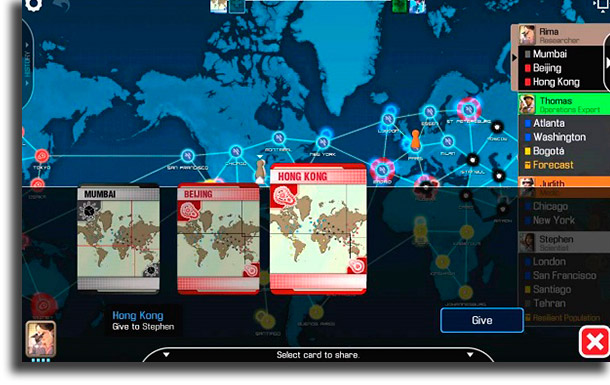 Another franchise that simply had to have a spot on our list is the famous The Sims. Its most recent installment, The Sims 4, is one of the best of the series and it offers you a myriad of different expansion packs and smaller DLC packages.

As always, you can create your Sims, place them in the world you create, and have them follow your every whimsical command. A huge improvement found in this game is that all the building mechanics are by far the best in the franchise, which makes the lives of the players that much easier.

If you’re into this franchise or if you want a life simulator, The Sims 4 might be the best option for you. Download it right now on Origin, and don’t forget to also check out the best The Sims 4 tips and tricks.

Farming Simulator 17 is an amazing game for those who are into farm simulation. Unlike some of the other games in this niche, this one has a particular focus on planting your seeds, nurturing them, and managing your farming equipment.

In this game, you’ll have access to over 150 farming vehicles and equipment from 75 different manufacturers, you’ll be able to harvest all sorts of crops, take car of your animals, take part in forestry, sell your products, and expand your farm. To learn everything about it, follow this link.

Game Dev Tycoon is one of the most interesting games among the best simulation games on our list. In this one, you will go through several different stages in the career of a game developer.

Your character starts their own company in a garage, and in the end, you can have a huge office with several employees that are specialized in different areas. Even cooler, you will go through several periods and real gaming consoles, starting in the 1970s and going up to the current days. You can learn more about this game on Steam.

For anyone who is after one of the most nonsensical and absurd simulation games on PC, Goat Simulator might be the best choice. As the name itself might indicate, this game gives you control of a goat. However, all the physics of this game is unreal, and it also has some pretty weird, and potentially creepy, elements.

Since it was just so extremely successful a few years ago, you might have heard about this title. So, why not at least give a shot to what was one of the most infamous games in 2014? And, since it is almost always on sale, it’s likely that you’ll get it at a pretty cheap price by following this link to Steam!

Another really cool game is Fallout Shelter, particularly recommended for those who love the Fallout game franchise. Unlike all the other games in the franchise, this is a simulation game in which you manage the nuclear shelters we always see. And it even has a smartphone version, featured in the best Android games!

In this game, you’ll manage all the aspects of the shelter, recruiting new survivors, creating new rooms to generate resources (such as water, power, food), and a lot more. Even better, it is completely free! Download what is one of the best free PC games by going to Steam. 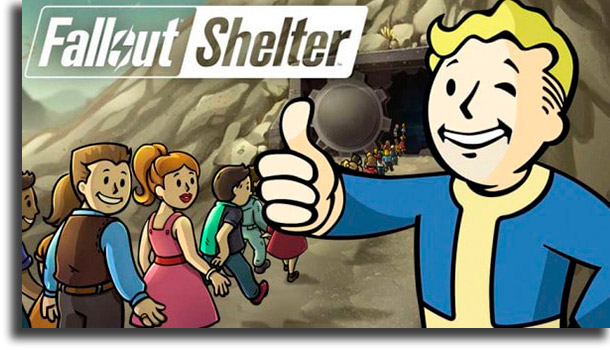 For those who really like the original RollerCoaster Tycoon, snagging this amazing PC version is a must. This is the remastering of the original game that works particularly well on any modern computer.

For those who don’t know this franchise, RollerCoaster Tycoon lets you build your own amusement park in several different maps. You can download it by following this link.

We also had to include at the very least one racing game in our recommendations. And of course, there are many different options that could fit as one of the best simulation games, but Assetto Corsa easily stands out more than most.

It is amazing in its normal mode, but it gets that much more immersive for those who own a virtual reality headset. You can buy the game by following this link.

Surgeon Simulator is just as absurd and as famous as Goat Simulator, so it is likely that you’ve heard about it. It is a game that simulates very unconventional surgeries, even more so since the controls are intentionally bad.

For that reason, you end up facing quite a lot of trouble trying to pick up an important tool or performing surgical procedures. Happily, this only makes the game even more fun to play! You can check it out on Steam.

The Climb is a very simple alternative among the best simulation games, but it still manages to be extremely fun. Its premise is straightforward: the player has to climb a mountain to the top, safely.

There are several routes and paths you can choose to follow, and in whichever one you choose you’ll have to exert calm and caution to succeed. You can learn more about it by following this link.

Everest VR is another game that simulates the climbing of a mountain. The biggest difference here, however, is that in this game you’ll have to climb nothing less than the famous Mount Everest!

Just like in The Climb’s case, you have access to a good variety of equipment and paths you can take to reach the top of the highest mountain in the entire world. Your movements also need to be well-thought-out, which only makes the challenge even more fun. Check out Everest VR on Steam. 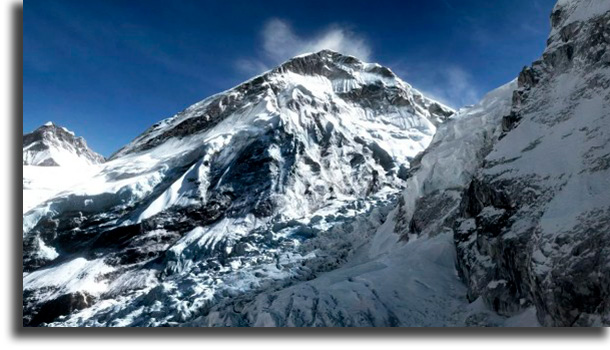 Prison Architect is somewhat different from the other best simulation games we’ve talked about in our list. In this game, you will have to manage a prison, whether it already exists or you can create a new one from scratch.

You can add certain rooms in order to make your inmates happier and avoid rebellions, for example. You can also follow the several stories of the convicts and learn what they did to get there. Follow this link to see more.

Star Traders is another game that merges simulation and strategy. In this alternative, you can travel in space, explore planets, form alliances with alien factions, and a lot more.

A pretty cool factor is that you can follow several different career paths depending on your preferences and the decisions you make. The game is free to play, and you can download it by following this link.

Elite: Dangerous is much more a space adventure game than a simulation game, but it still fits pretty well in the second genre. You can choose from different classes to explore the galaxy and do your business.

This means that you can choose whether you want to play as an honest businessman, as a bounty hunter, or even as a space-pirate! Follow this link to see everything about it.

Yet another amazing option in the best simulation games, Two Point Hospital was developed specifically as a spiritual successor of the classic Theme Hospital. Here, you’ll manage a hospital with patients inflicted by fictional and mysterious illnesses.

Other than that, you can expand the hospital, hire new employees, and do everything you can to not spend more than you make! Check it out on Steam, one of the best websites to download games, right now.

We’ve already recommended that you play Farming Simulator, but another really good option for those who like farming simulation is Stardew Valley. It draws inspiration from the Harvest Moon games, and lets you create and manage your own farm as you want, in a very different vein from Farming Simulator.

The game has really good old-school graphics and lets you do a lot of interesting tasks with your character, including the exploration of dungeons, fishing, and many other social aspects. Follow this link to see more about this game.

Did you like our suggestions of the best simulation games on PC?

Let us know in the comments if you enjoyed our suggestions of the best games, and don’t forget to also check out the best free games on Steam, the best mobile multiplayer games, the best browser games, and the best online games!