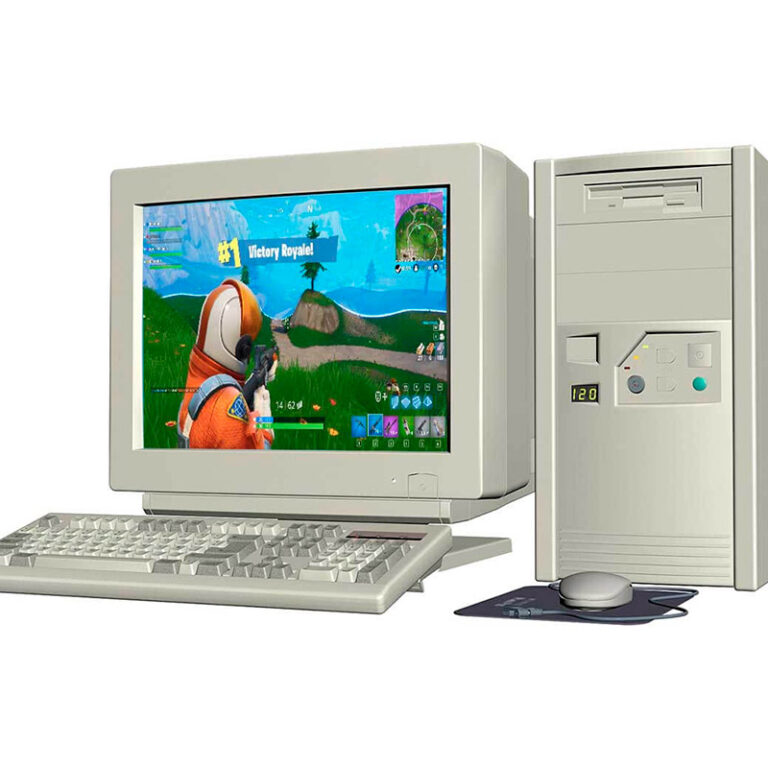 
Even though the vast majority of new games require that you have a very powerful PC that ends up being expensive, there are also a decent amount of great lightweight PC games that are up-to-par even with the best triple-A games, but that don’t need a supercomputer to run, so you can even use your laptop to play them!


And, to help you in finding new gaming alternatives if your computer has low-specs, we decided to select the ones we consider to be the best games any computer can run, ensuring you a lot of fun. Check them out down below and don’t forget to also discover the best websites to download games!

Using an image to represent FTL: Faster Than Light would be paying the game a disservice since it trades graphics potential in for amazing mechanics. The game works basically as a spacecraft simulator in which you can build your own ship to travel through the stars and manage to save nothing less than the universe.

A very interesting part is that both the obstacles and the game’s map are procedurally generated every time you start a new session so that even though you’re on the same mission, you’ll always have new and cool ways to overcome the hardships! To see more about the game, follow this link. 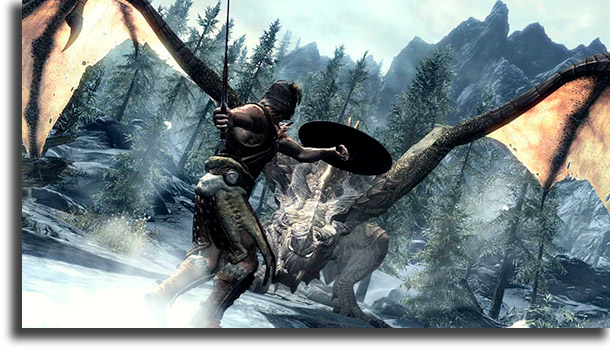 Originally released in 2011, The Elder Scrolls V: Skyrim easily takes a spot in any list with the best PC games of all-time, and it is extremely lightweight. This is an extremely well-renowned RPG game that was the origin of many memes and has received many awards, being an amazing choice to try out.

And, because it was released nine years ago, the vast majority of current computers and laptops can run it just fine, without any issues for you, as well as having a quite attractive price (much more so than nine years ago, at least!).

On PC, the game has a huge amount of mods you can use, but it’s not particularly recommended to use them if you have a low-spec machine. It is worth mentioning that, if you search for Skyrim on the Steam store, you’ll only find the remastered (much heavier) version, but you can reach the store page for the lightweight version here. 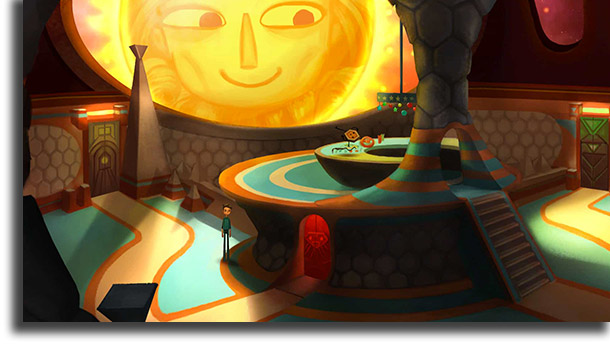 One of the most successful games on the crowdfunding platform Kickstarter, Broken Age is the reimagination of an adventure game released in the 1990s.

Following the story of two characters (you can change who you’re playing with during the gameplay), you’ll have to use nothing more than your intelligence to solve the small puzzles found throughout the chapters. Follow this link to see more about it. 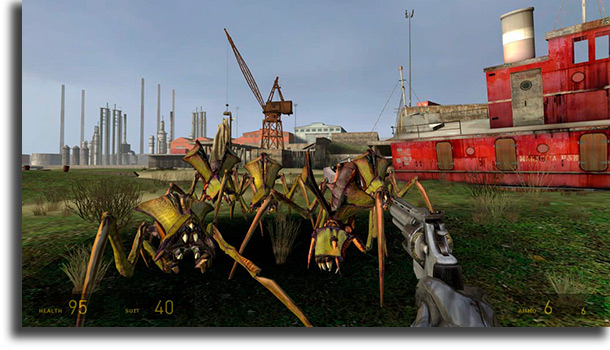 One of the most revolutionary PC games in the industry’s history, Half-Life 2 continues the story of the scientist Gordon Freeman and is an extremely lightweight alternative for you to play. Until today the fans of the shooter franchise wonder if there’ll ever be a third installment since the second one was released over 15 years ago!

And since it was released so long ago, nowadays Half-Life 2 can run even in the slowest computers without any issues whatsoever. Not only an accessible game, Half-Life 2 is also a piece of videogames history worth enjoying.

If endless shooting and mutant monsters are not really your thing, maybe you’ll prefer Portal 2’s puzzles, a game developed by the same company as Half-Life 2.

Using nothing but a weapon that creates teleportation portals, you will have to go through many different levels, paying close attention to the mechanics and obstacle patterns for each level. It’s a highly-acclaimed puzzle PC game that has cooperative challenges, so you can play it with your friends! Learn more about it on this link.

You’ve probably heard about this extremely popular game, but what you might be unaware about it is that it runs in pretty much any computer, adjusting itself to the user’s settings and conditions. Minecraft is certainly one of the freest games ever, where you can do almost anything you want.

From recreating a map of your country to building a huge fortress or even going on large-scale online battles against other players, it is possible to do everything you want on Minecraft. And, for what you don’t knows how to do, it’s almost guaranteed that there’s a YouTube tutorial teaching you.

Even though it has a more childish look, Mojang’s game is one of the best lightweight PC games that has the largest potential of helping you kill a lot of time. See more about it on its official website, learn here how you can play Minecraft for free, and check out the best Minecraft console commands!

Perfect for fans of videogames released in the 1990s, Rogue Legacy takes what’s best in the platformer games and creates a unique, and amazing, game, where you will play as a knight. 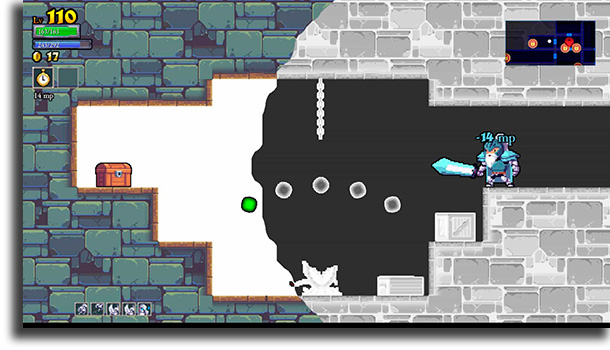 There,  you have to venture into a castle, but there is a twist in how you actually end up exploring it: if your character dies, it will be replaced by a descendant of theirs, with different features from the previous one.

Many of the bonuses are kept after each death, but you have to start going into the castle anew. And here we have another twist: the map changes each time you die so that it is always a new and exciting experience for you. Learn more about Rogue Legacy by following this link to its Steam page!

The melancholic Don’t Starve comes with a much different promise, and represents a current trend when it comes to console and PC gaming: survival games. Playing as the scientist Wilson, you find yourself stuck in a fantasy world from which you can’t escape. 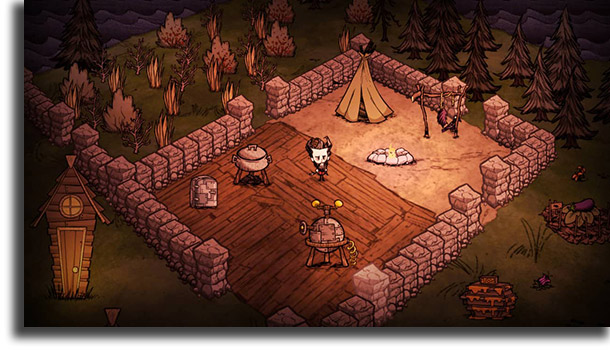 However, before managing to get away from there, you need to explore your surroundings and acquire supplies to enable your survival, such as wood for campfires, as well as plants and animals to prepare your meals.

During the night, you need to light your campfire to protect yourself from the monsters that lurk in the shadows. Learn more about what is one of the best online games to play with your friends on this link.

Blizzard’s trading card games is one of the best lightweight games for PC, that’s extremely versatile as to where it can be played: any computer, as well as on Android and on iPhone mobile devices, and is one of the best mobile multiplayer games!

Drawing its inspiration from the universe of World of Warcraft, Hearthstone has a formula that lets you play it whether you’re just looking to have fun or if you’re looking for an option to play professionally, taking part in live worldwide championships and even sports channels.

Even better, although it does have quite a few paid items, you can play it entirely for free with very few drawbacks. Learn more about Hearthstone on its official website!

One of the most liked and played strategy games in the world, Sid Meier’s Civilization V is also extremely lightweight and can be played on almost any PC, and even if you can’t run it on your matching, the previous installment should do the trick.

In this game, you’ll play as a world leader, with expansions unlocking the ability to play anywhere in the world, and rewrite its history, from ancestral times to the first space travel. Be warned, however, because it is extremely easy to lose track of time while playing it! Download the game on Steam.

One of the most played game franchises of all time, the latest installment of the life simulator The Sims 4 was developed specifically to run on any kind of computer you might have. Released in 2014, even back then it ran on any laptop! 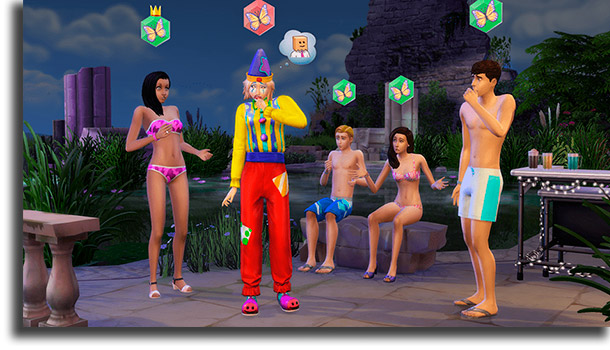 It offers a specific setting called laptop mode, where when enabled, you’ll be able to play it smoothly, without issues, on the lowest-spec machines. Learn more on Steam, and check out the best The Sims 4 tips and tricks!

An RPG classic that’s a direct competitor to The Elder Scrolls V: Skyrim, Dragon Age: Origins also brings to its players a medieval fantasy world. Unlike on Skyrim, the game’s emphasis is given to its moral choice system, offering much ore complex decisions and more effective consequences than its competitor, making it superior in this case, even though it is older.

Just like on Skyrim, the game’s age is a large part of why it is so easy to run on almost any computer. Another important difference is that you can control a team of fighters, instead of only the protagonist. See everything about it on Steam. 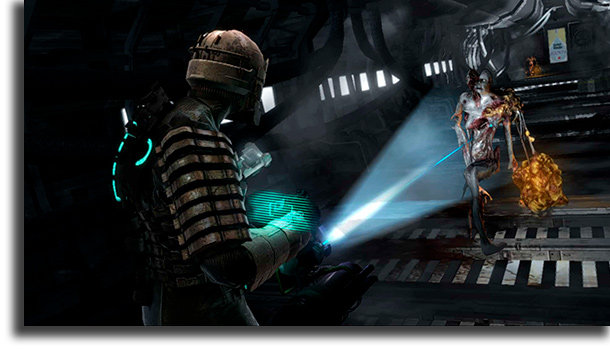 An option especially for horror fans, Dead Space is all about a space station crew member who survived a terrible accident and needs to find a way to protect the remaining crew amidst the wreckage.

Of course, he’s not alone, since hostile aliens called necromorphs are looking for survivors and might jump out from anywhere. The game was originally released in 2008 and has two sequels. Follow this link to see more.

Finishing off our list, we have Chroma Squad, an amazing option among the best lightweight PC games for those who were (or still are) Power Rangers fans. Taking the part of five stunt artists who create their own studio to produce a TV show in the super sentai style (similar to Power Rangers), you’ll take care of all of the studio’s aspects.

Other than fighting against the fictional monsters to record amazing episodes, you will also have to look for sponsorships, buy new equipment for the studio and weapons for your heroes.

The game was made in a pixel-art style, similar to classic videogames. Check out the game’s trailer down below to better understand its weird and unique premise! Follow to Steam to download it.

Did you already know any of these lightweight PC games?

Let us know in the comments if you already knew them all or if any was new for you. Don’t forget to also check out the best browser games, the best lightweight Android emulators for any PC, and the best websites to download games!