Even though high-budget games are still widely successful all around the world, it is the indie games the ones who have been in the spotlight for the past few years, being some of the best on PC. That is due to the fact that they go beyond good gameplay and story, with a lot of attention to detail (and love) from the small developer teams they have.


If you’re curious about this quite broad category of games and you want to find out which ones are the best ones, just check out our suggestions down below. We’re sure you’ll find at least one game that satisfies your needs!

For those who grew up playing the games in the Harvest Moon franchise, trying our Stardew Valley might be something quite nostalgic. The game was developed by a single person throughout several years, which makes it that much more impressive when taking into account the level of detail and quality of the game.

The premise is that you’re moving to a country town and you need to make the farm your grandfather left you thrive. However, what makes it really shine are all of the interactions with the NPCs, which are all unique and charismatic, as well as the many gameplay mechanics.

Stardew Valley has already sold millions of copies all around the world, it has consistent free updates, and you can purchase it for a quite low price, given its quality. In fact, it is one of the best laptop games, and it is even available for both Android and iOS! Get it for PC on Steam.

For those who like to play really challenging multiplayer games, Overcooked is a good option among the best indie games on PC. In it, you and a friend of yours will control two cooks who need to work as a team to prepare several different meals before the time is up (which is surprisingly tough, much more than it seems).

Even though the game starts relatively simple and straightforward, the game adds more and more obstacles and challenges, all of which you need to work around within seconds to succeed. You can purchase what is one of the best local multiplayer games by following this link!

Another game that you can play with your friends, even though it also is one of the best single-player games, is Death Road to Canada. In this extremely fun game, the world was taken over by zombies, and only Canada remains safe and free of the undead. As such, you need to go on a long trip through the USA in order to get to safety.

Along the way, you can recruit companions and you need to search through abandoned establishments to look for supplies for the trip and for survival. With constant dangers all around, it is quite likely that you’ll need to start the adventure from scratch several times. Purchase it right now!

In Papers, Please, you play as a new immigration official in the fictional country called Arstotzka and you need to check the papers of several people who want to go through the border. If you don’t do your job right, there’s the chance that terrorist attacks will happen, and it will cost your job.

Beyond that, you also need to manage your finances well so that your family doesn’t fall sick or goes hungry, which makes the game that much more tense and exciting. You can get it by following this link! 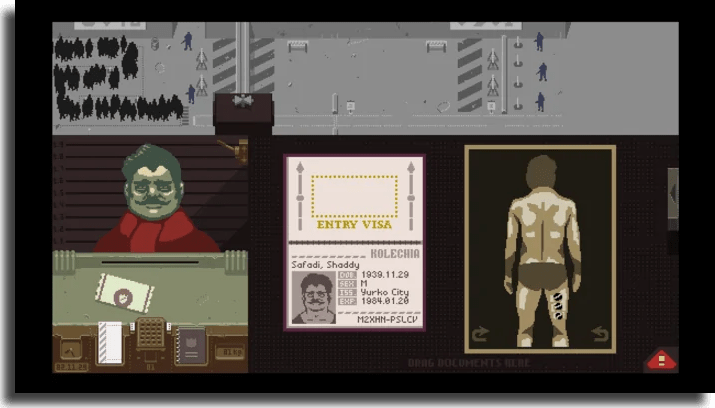 Even if you’re someone who doesn’t regularly buy indie games, it is quite likely you’ve heard of Undertale, one of the best on PC. The game was a huge success in 2015, and it even was more talked-about than some of the biggest triple-A games!

In this RPG, you’re a human who has fallen in an underground filled with monsters, and you need to find a way to go back to the surface. Instead of fighting against the monsters, you can befriend them and have an entirely pacific journey.

Undertale offers many amazing unique and charismatic characters, as well as a story that will make pretty much anyone get teary-eyed. It also has some different endings, depending on how you play it, and you can get it by following this link.

Another game that was extremely successful (and still is) is Limbo, and that’s only proven as it has versions both for consoles and for mobile. In this minimalistic game, you control a child who has to venture through an unknown land that’s filled with dangers, all the while they need to solve many different puzzles to progress.

The game can be really challenging, but the challenge level increases slowly so that the player can take everything in at their own pace. If you want to try it out, just follow this link to buy it!

For those who are into games that are more violent, difficult, and have a great soundtrack, Hotline Miami is just perfect. The game has garnered millions of fans, and it has a phenomenal sequel, which is where the franchise ends.

The game has a quite distinctive3 look that sends us back to the old 1980’s games, something that its soundtrack highlights amazingly well. Other than that, this is one of the most challenging options you’ll find, and it’s almost a necessity to do the same level several times to complete it. You can acquire the game on Steam! 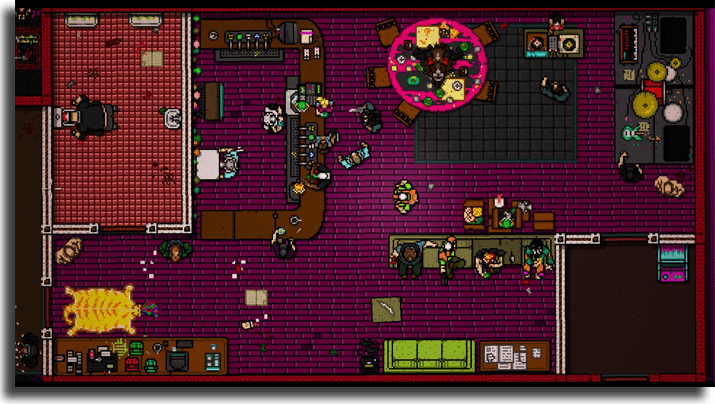 8. The Binding of Isaac: Rebirth

The Binding of Isaac: Rebirth is a remake of a 2011 game by the same name, being the first in its franchise. It is incredibly difficult, as you must go through the many procedurally generated monster-filled dungeons.

In this game, you control a baby, and your only defense is the tears of the character that act as ammo against your enemies, making it one of the best and strangest indie games on PC. While it might seem simple at first sight, it has a great story and it is super fun to play. To purchase it, follow this link.

On the other hand, Invisible Inc. is a game that focuses on heists, and your character has to find ways to complete the missions without getting noticed by the enemies or being quick enough to eliminate them unnoticed.

As everything works based in turns, you need to plan out your actions and to think of how to solve the puzzles beforehand. All of that becomes even more nerve-wracking due to the fact that there’s a timer marking exactly how long you have to complete the mission without failing. You can purchase it by following this link!

The game Terraria is perfect for those who already are fans of the so-popular Minecraft, as it is pretty much the same type of game, but with 2D graphics. Here, you can build, collect materials, and craft weapons and tools, just like in Minecraft!

Other than that, there are dozens of types of monsters in the world, which only serves to make all of your adventures that much more challenging. You can even play the game with your friends! If you want to buy the game, go to Steam right now! 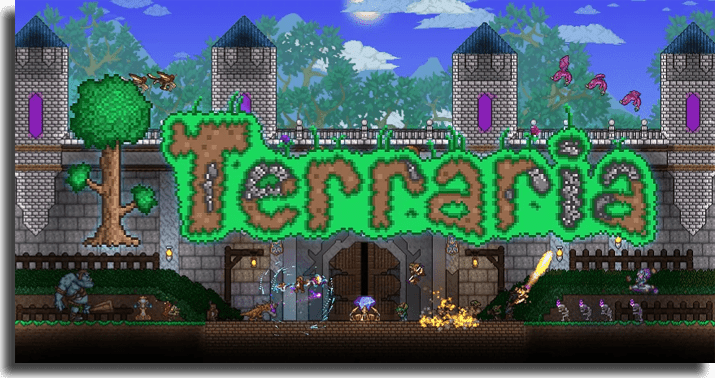 Braid might seem to be a simple platforming game at first sight, but what makes it one of the best indie games on PC is the many complex puzzles that get more and more challenging as you progress through the game.

Unlike most of the titles in its genre, it lets you go back in time to rethink any of your strategies or to avoid mistakes you have previously made. You can purchase it by following this link.

The Stanley Parable is another of the most well-known indie games anywhere, with millions of fans all around the world. That is due to its being so entirely different from what we’re used to seeing.

In this game, you control Stanley, an employee at a regular office who one day shows up only to not find anyone at work other than a voice that narrates all the actions that he takes. The game has several different endings, which makes it much more fun and interesting. Follow this link to get it.

What do you get when you mix the best years of Disco with some of the most eloquent social critique ever written in a video game? You get Disco Elysium!

Made to be a very different kind of RPG, Disco Elysium requires careful attention and patience as you unravel the politics of Révachol. If you are looking for an excellently written game, check out Disco Elysium. 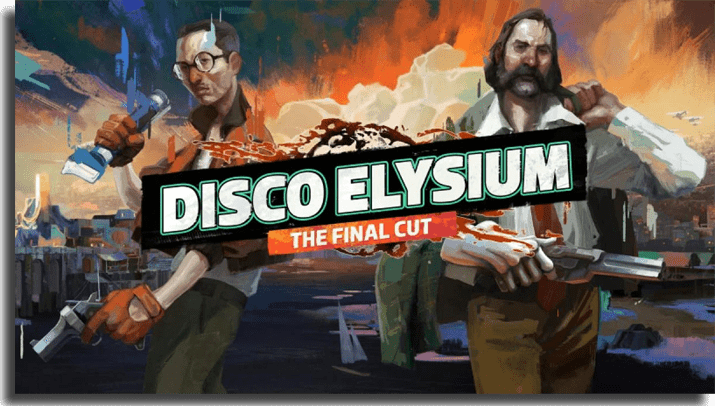 For those who are into games about building and managing, Prison Architect is a great option. In this game, you’ll be able to expand a new prison by building new cafeterias, bathrooms, and cells, for example. All of that has to be done while keeping the available budget in mind, which will also be used for other monthly spendings by the prison.

Another very important aspect is keeping your inmates satisfied as if they’re too unhappy, there’s a chance of a rebellion occurring and destroying the prison! If you found the concept interesting, check it out!

Even though it has extremely simple graphics and looks like one of the old Super Nintendo games, To The Moon has a very special and moving story, which grants it a place among the best indie games on PC.

You need to go through several memories in the life of a man who’s about to die, and whose only wish is to go To The Moon. It might not seem that interesting, but if you want something that’ll definitely move you, try this one. Go to Steam to see more. 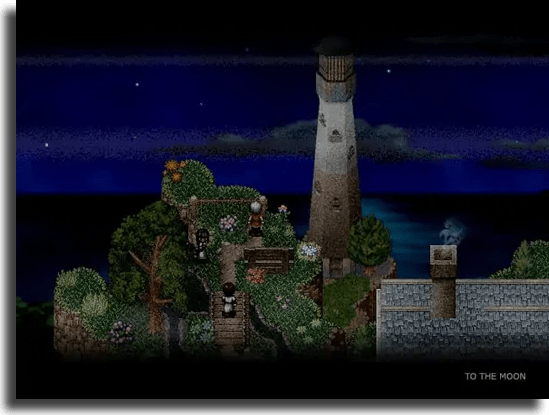 Last, but certainly not least on our list is Super Meat Boy, another game that was easily one of the most successful indie games in the past few years. Created by only two people, this is one of the hardest platforming games you’ll find anywhere.

Any mistake you make, no matter how small it is, can mean that your character will die and you’ll need to start the level from scratch! You can acquire the game by following this link.

Did you like any of the best indie games on PC?

Were any of our suggestions helpful to you in finding new games to play next? If you took something out of this list, it’s likely that your friends also will! Share this list with them! And don’t forget to also check out the best multiplayer games, the best PC RPG games, and the best Android strategy games!