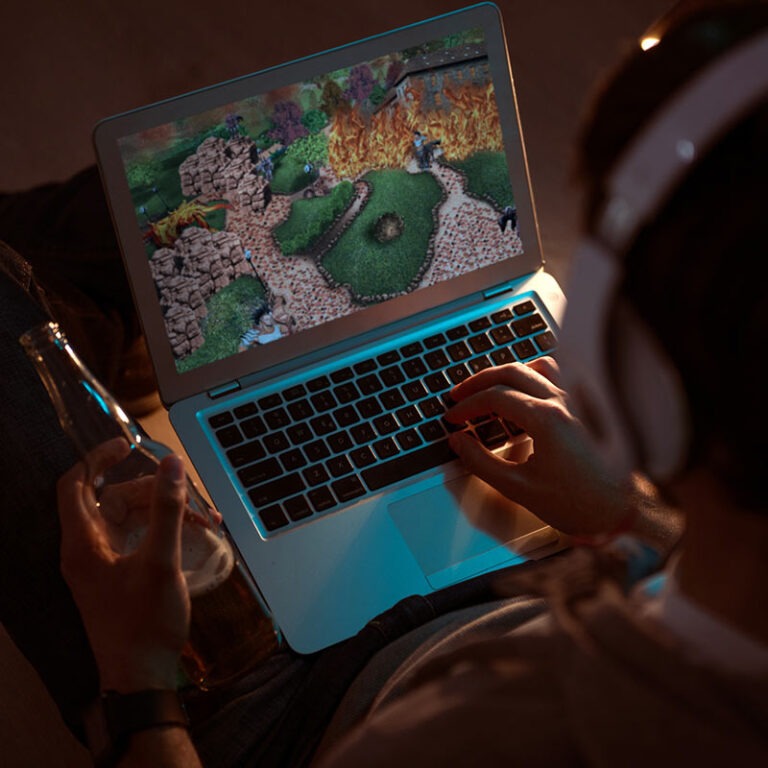 The 15 best laptop games you can play right now!


There is no denying that PC has always been a great platform for games, especially since they are not as limited as consoles and can be modded at any time by the user. Still, there are those who prefer using a laptop due to its portability, even if they aren’t able to run most of the best games that a PC can run.


Of course, this does not mean that you need to leave games aside, as you can play on the notebook smoothly even if the machine is more modest. As such, we have prepared a list of some of the best games that you can enjoy in your notebook. Check it out below!

Made entirely by just one person, Stardew Valley was one of the games that surprised us most back in 2016, especially for its quality. The game is directly inspired by the Harvest Moon franchise (also known as Story of Seasons today) and allows the player to grow and expand their own farm in any way they want.

You have to deal with the four seasons and the differences they bring to your harvest, in addition to meeting the people of the small town of Stardew Valley, making friends, getting married, and even having children.

This is easily one of the most relaxing games around, and it is extremely lightweight, and you can play what is one of the best offline PC games on almost any device. It even has versions for Android and for iOS! Check it out on Steam right now.

To The Moon is another incredible indie game, particularly for its great emotional load, captivating characters, and engaging story. You play with two characters who visit the memory of a man about to die to try to give him the illusion of making a dream come true: going to the moon.

The outcome of the story turns out to be deeper when you start to venture into the memories and it is impossible not to be moved. The game is also very light and runs very well on any type of computer and laptop, making it one of the best games for them. Follow this link to see more

Those who own a notebook do not always have other accessories, such as a mouse or separate controller or gamepad. This can be a very annoying problem for those who like to play on the PC, since the task is much more difficult this way.

Fortunately, there are games like Risk of Rain, which only need a normal keyboard to be played making it one of the best options among laptop games. The game is a mix of action and platform that always gets more difficult over time.

The game itself is very light and fun, so there is no reason to stop experimenting one of the best couch-coop games. Go to Steam to buy it, and if you have a more potent computer, why not check out Risk of Rain 2?

Released a few years ago, Shovel Knight has managed to win fans from all over the world and is available for practically all types of platforms, including PCs. With a look similar to the old games of the 16-bit era, it is almost mandatory for fans of platform and RPG games.

On Shovel Knight, you control the title character Shovel Knight as you explore dozens of well-crafted levels, facing inventive platforming and combat challenges while unlocking power-ups and new abilities to face even harder challenges. It is available on Steam. 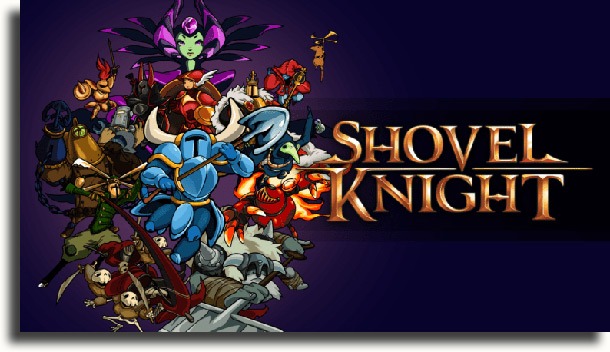 If you prefer a good strategy game, chances are you already know the classic Civilization series. One of the latest installments, the game Civilization 5 was released for PCs, having received several positive reviews from users and critics alike.

Even though it is a relatively recent game, it does not require a lot from your computer to run well and can be played on modest notebooks without any worries, making it one of the very best games for playing on a laptop. To see more about it, follow this link.

6. The Binding of Isaac

The Binding of Isaac is another game that will run smoothly on any computer due to its simplicity. Beyond that, it is also of excellent quality and gets pretty thrilling, especially since it has a very high difficulty curve in many stages. Fortunately, it also does not require any extra accessories, being possible to play it only with the keyboard of your computer.

If you love top-down shoot-em-ups, you owe yourself to check this game out as soon as possible. Not only is it one of the best laptop games, it is also one of the cheapest options in our list. Check it out!

Undertale was one of the most talked-about and sales-record-breaking games of recent years, even though it was made by a small team and with a tiny budget. The visuals follow a very detailed retro style, which will certainly bring good doses of nostalgia to those who love older games. In fact, it is one of the best single-player games around!

Unlike most RPGs, in Undertale you are the one who chooses whether you want to destroy the monsters that appear along the way or if you prefer to have the compassion to try to save them. All the characters are captivating and the story can be quite emotional or brutal depending on your actions. Go to the official website! 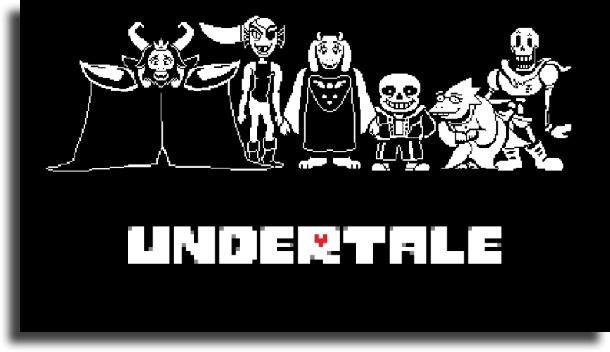 If you like challenges, don’t sleep on Darkest Dungeons. This RPG is very different from other games in the category, with a unique combat system and an interesting twist on the exploration aspect, rewarding you for risk-taking and well-thought strategies.

The highlight goes to what happens to the protagonists within these dungeons, as they may be scarred for life or strengthened by certain traumatic events. All of this can end up helping or hindering future adventures, making it one of the best and more sophisticated games to play on your laptop. Follow this link to see more!

If you want to play something grander and open world, there are still good options that can run smoothly on more modest laptops and one of the best examples is Sleeping Dogs. On it, you’ll drive, fight and shoot through the criminal underworld of Hong Kong.

We only recommend that you have a compatible mouse or controller, as the game is not as comfortable to play with just a touchpad. The effort is well worth the reward though, as Sleeping Dogs is a hidden gem you shouldn`t sleep on – pun absolutely intended. Go to Steam to get it!

Originally released for Nintendo’s first console in the 1980s, the classic Ducktales has been remastered and released for multiple platforms, including PCS. Instead of its old 8-bit graphics, the game comes with a look very similar to the old animated series and completely in HD.

Fortunately, the captivating and challenging part of the game hasn’t changed at all, which makes this game more than mandatory for any old-school platformer fans. As it is very light and even if a bit short, it is a great fun game. Check it out right now! 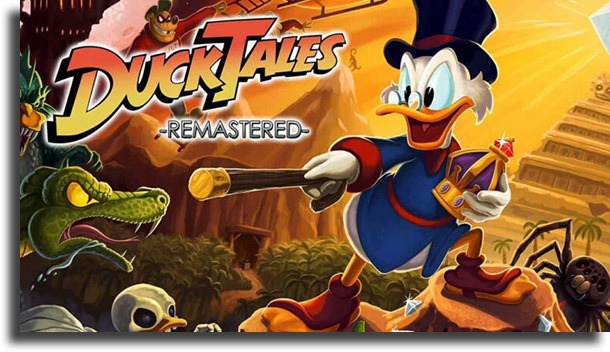 The Five Nights at Freddy’s franchise is a relatively recent one, but it is already one of the most successful horror series in the gaming world, with no less than ten games released and always on the bestseller list.

Due to the game being very simple, part of this success was played entirely with just the mouse. As it also only runs in a fixed scenario, it requires nothing from your CPU and can run smoothly on any machine, making it one of the best games to play on a laptop if you don’t mind a few jumpscares. To see more, follow this link.

Owlboy can be a good bet for those who like side-scrollers or platform games that require precision and speed. The game can be quite challenging and still has a very beautiful and vibrant retro look, which helps it run well on any type of PC or notebook.

It is a story-driven platformer that merges adventure, in which you’ll fly to discover and explore a whole new world in the clouds. In the journey, you’ll go through ruins crawling with monsters, deal with unexpected encounters, and much more. See more about it!

If you want something to pass the time, Endless Legend is an excellent option, even if it is very recent. Unfortunately, you can’t play it with the best settings if your computer is more modest, but you can customize everything to ensure that performance is good.

The game merges strategy and fantasy, and you must survive through the several seasons, lead a civilization and experience a different gameplay style and storyline each time. It’s available to download from Steam.

Dungeon Keeper 2 is a very different game from the strategy games we usually see around, especially due to its absurd sense of humor. The game is very light and should run very well on your notebook, but we recommend that you use a mouse for more precision and comfort when playing.

A very addictive and fun game, you’ll have smooth gameplay and a lot of humor, being able to replay it many times over. It also has a great multiplayer mode and many other cool features that make it one of the best laptop games around. You can download it from GOG.

Euro Truck Simulator 2 is extremely fun and addictive, even if a little more on the relaxed side. Although its visuals are a little more detailed, the game itself is not that heavy, making it ideal to play on a laptop with an integrated graphics card. While many swear by it, it is not a game for everyone.

In it, you’ll transport cargo across dozens of Europan cities all over the continent, customize your vehicles (and choose from a huge number of trucks), build your fleet, and much more. To check it out, follow this link. 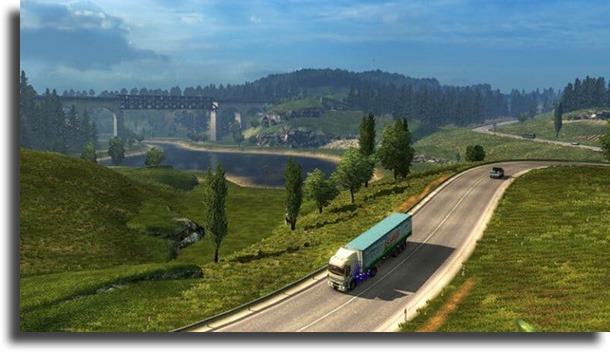 Did you like any of the best laptop games?

Did you like our tips to find the game to play in your laptop? Don’t forget to leave your comment telling us what you think of the list. Don’t forget to also check out the best simulation games, the best online PC games, and the best fighting games for Windows PC!