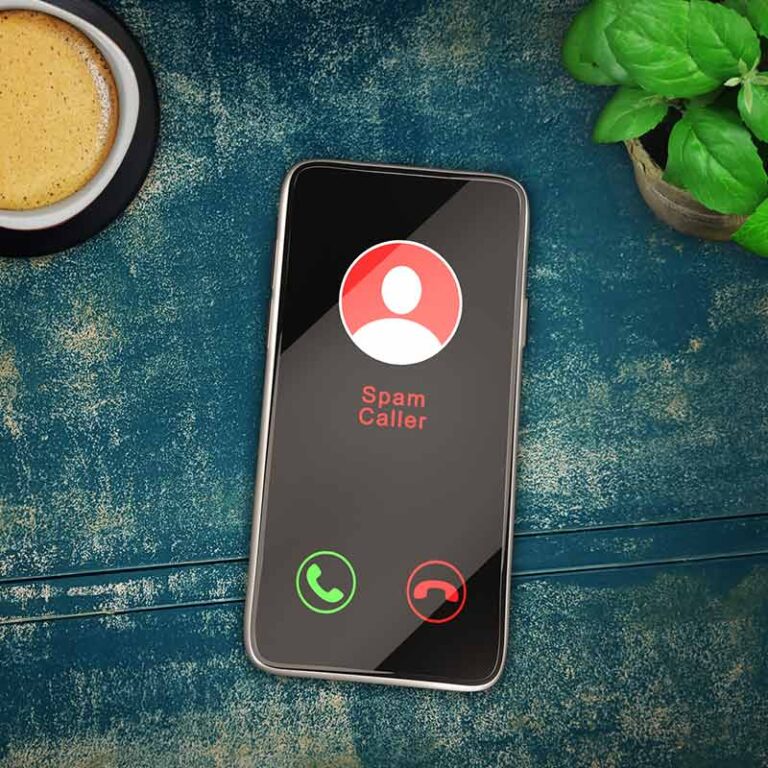 Learn how to block unknown calls on iPhone easily!

Receiving frequent calls from unknown numbers is extremely annoying. That recurring telemarketing or debt collector’s call, mistaken calls that happen over and over again, when you’re in a meeting, sleeping, or even taking a shower.

These calls are distracting, get in the way of getting things done, cause anxiety, and make us want to throw our phones on the wall, we’re aware. Have you ever thought there might be a solution for this problem? In this guide, we will help you in eliminating this problem by helping you block unknown calls on your iPhone!

1. How to block them with the native feature

Apple finally launched an effective way for you to block unknown and unwanted calls on the iPhone when iOS 13 was released. This might be exactly what you were looking for all this time.

Siri, iPhone’s artificial intelligence assistant, can make it so only calls from phone numbers registered in the Contacts, Mail, and Messages app come through. The calls from unknown numbers are left in a list you can access to check the numbers and return those you think are necessary.

To enable this option, first, open up the Settings on your smartphone and scroll down until Phone. Then, go to Silence Unknown Callers, and tap the bar to turn on. That’s it! From this moment forth, the only calls that will come through are those from numbers in your contacts, and you can check any others in the list. 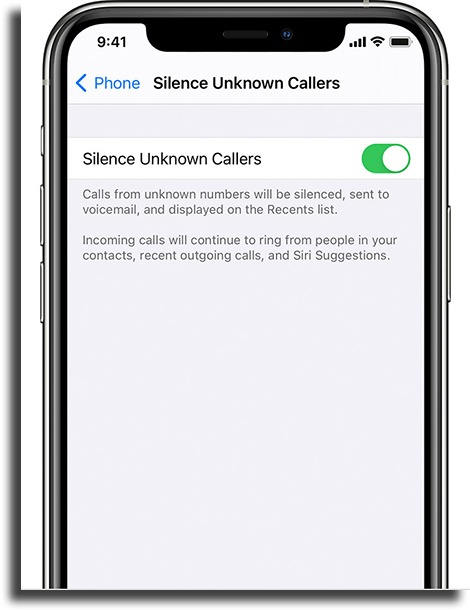 2. How to avoid unwanted specific calls on the iPhone

You can block the unwanted numbers from the recently received calls or from Voicemail. Tap the information icon to see the contact’s card and then tap the Block this caller button.

To edit the blocked contacts, head on over to Settings, then tap Phone, and then Blocked contacts. There, you’ll see a list with everyone who’s blocked so that they can’t call you anymore in any way, not even letting them send you text messages.


3. Apps for managing calls on your phone

Now, if you need a little extra help when managing your received calls and the features that the iPhone offers to block unknown calls on it are not enough, there are other apps available with the same goal that offer other more advanced features to deal with the task.

Here, we’ve selected a list with the most well-known and effective apps for blocking and managing calls on the iPhone.

Truecaller is the first option among the extra apps to block unwanted calls. It is the most famous app, as it not only blocks all spam calls, but it also lets you see extra info related to the number, such as the contact’s name, for instance. A weak part of the app is that, even though it is free, it has ads. Check it out!

Should I Answer is an app that lets you, after silencing unknown calls, view details about it – even if they’re international -, such as location, contact’s name, and more. The app’s goal is to reduce the distractions that this type of call brings. To download this free app, follow this link.

Call Bliss is an app for blocking unknown calls on the iPhone with a lot of extra features. Going beyond detecting and blocking calls, the app can categorize your contacts, and it has features such as Suppress all calls. Exclusive for iPhone, its worst part is that it is mandatorily paid. To see more, go to the App Store.

Whoscall is a very versatile app for blocking spam calls: available in 31 countries and working on iOS, Android, and even Windows, the app works amazingly well for identifying and blocking numbers and managing them for you, and it is free! To see more, go to the official website.

Call Control is another similar app for blocking unknown and spam calls on iPhone, as well as text messages. It is entirely free and it is available for both Android and iOS, and it has a very simple and friendly-looking interface. To download it, follow this link.

Hiya, previously known as White Pages, is an app that’s very similar to TrueCaller when it comes to its features. Trusty for blocking inconvenient contacts, it also has a feature for searching through the contacts, and it is entirely ad-free. It is free and available on the App Store.

Mr. Number is another call blocking app, similar to others in this list. It helps you protect yourself from robocalls and to silence all unknown calls. It has a simple and easy-to-use interface. It also has a reverse searching feature that gets info about the calls. It is free, check it out!

Robokiller is one of the best apps to block unknown calls on the iPhone that’s extremely effective when it comes to identifying any number, even if it is restricted. It is similar to others in this list, with the feature of getting info about the number with the so-called “Super Caller Id”. It has paid and free options, but the latter only lasts for 30 days. Go to the official website to see more.

Norton Mobile Security is an antivirus available for all smartphones, whether they are Android or iOS. The app has a call-blocking feature and it is a much more comprehensive solution for your device’s safety. It has both a paid and a free option, both with a lot of features. To see more, follow this link.

So, did you like our tips of how to block unknown calls on iPhone?

Let us know in the comments if our guide was helpful to you in solving your problems, and don’t forget to also check out the best free Android apps and the best free iPhone apps!