Skip to content
Tutorial Android iPad
Get to know the 10 most fun voice changer apps! 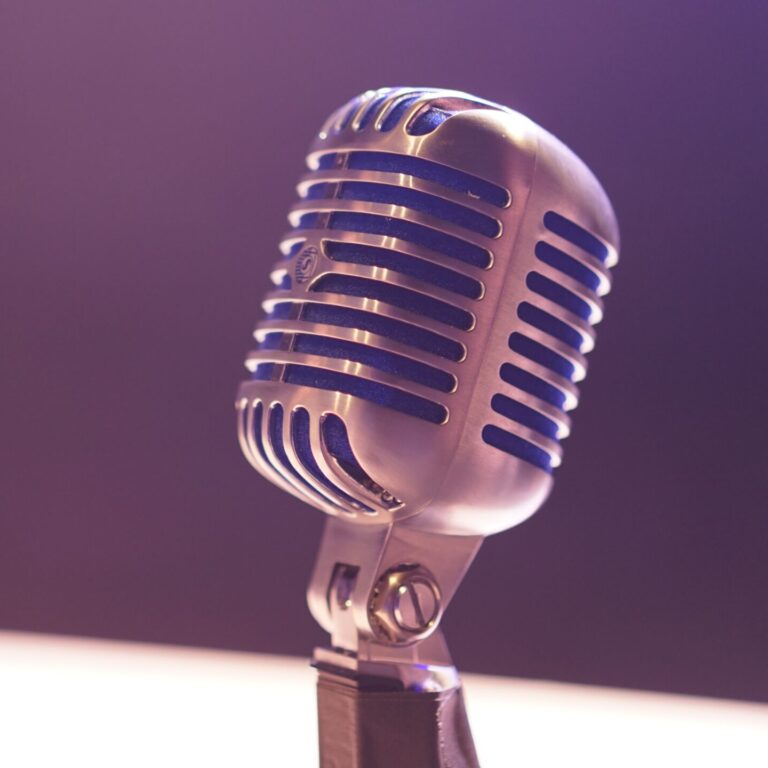 Get to know the 10 most fun voice changer apps!


If you want to scare a friend, play a prank where no one will know that it’s your voice, or simply change how your voice sounds, you need to check out these voice changer apps. Through them, you can put different cool effects on your speech, resulting in a comic effect or scary!


Even though they have been somewhat forgotten in recent years, they have a very wide selection of great options. They can be used not only to send audios on Facebook or WhatsApp, but also to put them as your status, make voice calls or even get it recorded. Read on through our article to see all our suggestions!

This app, which is only available for Android smartphones, earned its place on the list of voice changer apps not only for how popular it is, but also for what it offers in its free version.

With it, the user can use dozens of different voice filters, such as robot, ET, squirrel, monster, drunk, child or even zombie, allowing you to use the recordings to send audios to friends on social media. It allows you to save recordings on the device, as well as create images with sound and much more.

If you are interested in this app, follow the link to the Play Store to start recording your voice with effects and play countless games with friends. 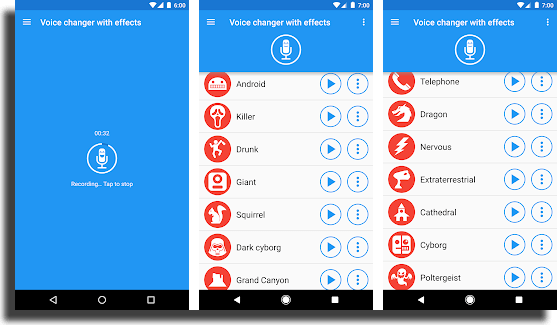 The second option in our list of apps to change voice is SceneRecord, which is only available for iOS. SceneRecord offers a huge amount of functionality for free, for anyone to use.

It has many different voice effects, the ability to record sounds from other applications that are running and apply changes to these sounds. You can also take photos while recording audio, editing both the sound and the image afterwards, among other functions.

It has support for the Apple Watch, making it an excellent option for those who have one. It also makes it possible to automatically return to recording after, for example, a phone call. To see more, go to the App Store.

We also have this alternative within the voice changer apps, which only has a version for Android devices. Voice Changer Prank Calls offers several different voice effects so you can change the voice in a funnier way.

With this app, you can edit old audios that you’ve already recorded, applying filters on them. You can also make phone calls through the app using the changes. You can also record new audios. To download it, go to the Google Play Store.

This app is one of the best on our list. It offers a wide variety of voices, with a library of over 200 different ones for you to choose, allowing you to camouflage yours in pretty much whatever you can think of! You can even use the voices of famous people, such as Google Translate, Anonymous and Obama, among others.

It has options for both Android and iOS and was awarded as the best Brazilian app of 2016 by Google. It has no text size limit and allows importing old text files. The app also allows you to loop audio.

On top of that, it has a very simple and intuitive interface, to make its use even easier. To download it, go to the Play Store if you use Android or, if iOS, to the platform store. 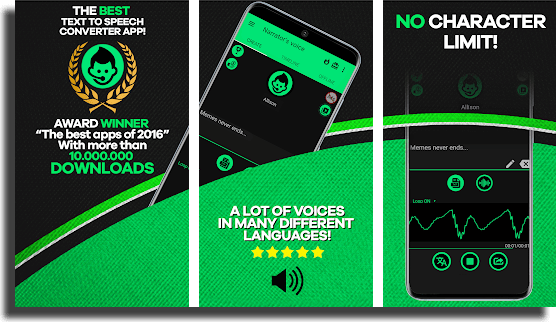 Another alternative among voice changer apps is Funny Phone Call, an application that allows you to make phone calls in a funny way, as the name implies. You can use different types of voices and different filters in your calls in the free version, unlocking up even more if the user is willing to pay for them.

Filters include astronaut, ghost, Santa Claus, zombie, robot and even emojis. All of them can be used in real time, without the need to record an audio beforehand, and can even change your voice while you are in the middle of a phone call. To download, go to the App Store.

This app is iOS exclusive and allows the user to choose from dozens of filters and sound effects, such as mosquito, lower, higher, backwards, talk like Bane – villain from the movie Batman: The Dark Knight Rises – like a robot and more.

All of this is found in a free app that also offers a paid version, which completely removes the ads and allows the user to choose a specific photo to associate with the audio they want to share. See more by following the link.

One of the oldest voice changer apps on the market is also one of the most popular among those who use Android smartphones and want to change their voice quick and easy.

It has a vast amount of effects, such as robot, wolf, old radio, echo, helium, choir, space station, underwater and bee, among many other options, all in a free app. If you want to download it, click on the link. 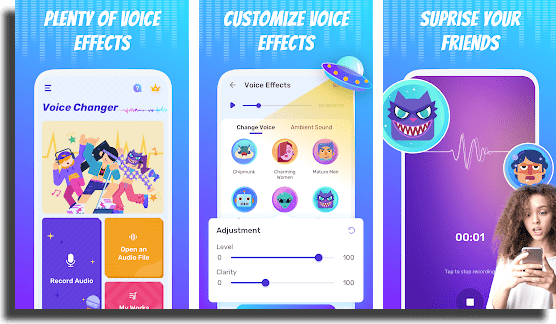 This is one of the best voice changer apps that offers the possibility to use celebrity voices, and you can choose from a huge variety of celebrities to imitate.

With it, you can sound like the Heisenberg of Breaking Bad, like the Darth Vader of Star Wars, the Godfather or the former US President George Bush, and many other options. All of this is free and available for any smartphone that uses Android or iOS.

The Zueira’s Voice app manages, in addition to changing the voice, to generate audios from texts, with many voices in many languages. They can be used in transitioning from text to audio, no matter how long the text is.

It allows the user to increase the speed, decrease it, make it more bass or treble, among many other different controls. Click on the link to download this app, which is exclusive to Android.

We’ve reached the end of the list of voice changer apps with this option, which is available for all smartphones. It has more than 30 audio effects so you can have a lot of fun, with options like helium gas voice, robot, squirrel and mouse.

In addition, it has filters for selfies and videos, allowing you to use them in photos and recordings from your smartphone gallery. You can also record new videos and take new photos, all changed as you see fit. Crazy Helium is on the App Store. 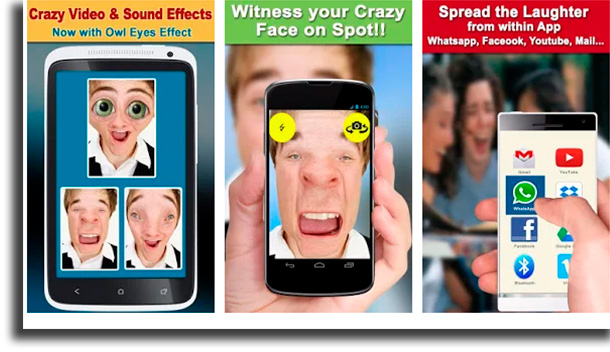 Did any of these help you with what you were trying to do? Hopefully yes! Voice changer apps can be good fun for a prank or two, and can even used for more serious purposes, like when you are more comfortable concealing your natural voice. Have you ever used any of these? Which one caught your eye? Comment down below, let us know!