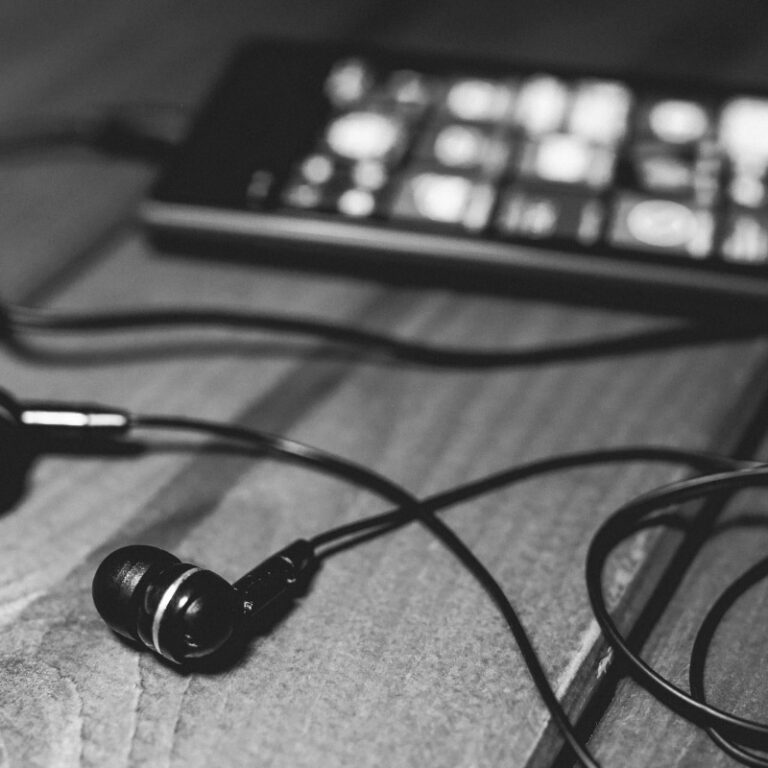 Top 10 best apps to listen to music offline for free!


Do you remember the good old Winamp? If so, you might feel nostalgic when thinking about using some of the old free music download websites to listen to your favorite tunes for free. Nowadays, streaming platforms such as Spotify and its alternatives are the new standard for music aficionados, so listening to them completely offline is not so common.


However, if you still haven’t gotten used to how these services to listen to music online work, you are not alone. Because of that, there are many great apps you can use to listen to your music collection without an internet connection.

When searching both the App Store and the Play Store, we’ve come across what we consider to be by far some of the best apps to help us do it! Check out down below which ones they are, and don’t forget to also check out the apps to remove Image background!

Not all music streaming platforms require you to pay for its premium version so that you can download music, and Musify is a great example of that. The app lets its users download songs from its catalog, so they can listen to them offline and for free.

It works pretty much as a community for artists and enthusiasts to share their creations among themselves. Musify started off as a website to get free ringtones, and now it lets its users get to know new music and even listen to them when not connected to the internet. See more about Musify in its official website!

Android’s native music player is another great alternative if you want to listen to music offline for free, even if you don’t subscribe to the service. After all, you can easily play all the audio files you have stored in your device easily.

That is, if you also use any of these free music download websites to get your tracks, you can then use this app to play them. Download it right now on your Android device on the Play Store or on your iOS device on the App Store!

If you like to make some edits and apply varied equalization to your music, AIMP could be the ideal choice for you. Focused solely on playing already downloaded songs in your device storage, it can play MP3, OGG, WMA, and many other formats.

It also comes with an impressive 29 frequency equalizer, which means you can listen to your music in several ways. The best of all is that its interface is simple and quick so that you can use all its options with ease. Download AIMP on your Android right now!

With a very obvious name, Music Player is by far one of the best music players you can find, with an incredibly beautiful interface to create an amazing listening experience. It is developed by InShot, a company that also has one of the best apps to add text to videos.

It has a built-in equalizer, allows you to play all song formats including MP3, MIDI, WAV, FLAC, AAC, APE, and more. Also, this app even offers you widgets, a sleep timer, and a complete search function! To download, follow this link to the Play Store.

One of the oldest and most popular apps in the Apple ecosystem, Shazam is unlike all the other options in this list: it is not an app to play music, but one with which you can identify them. For instance, imagine you’re at a bar and a song you like starts playing, but you unfortunately can’t remember its name or even the artist’s name!

In scenarios like this one, you can easily open Shazam to then “listen” to what’s playing and tell you who’s singing and even the name of the track, From there, you can look for the song in any of the platforms to download it. Shazam is available both on Android and on iOS.

One of the most versatile song players found among the best apps to listen to music offline for free in our list, JetAudio lets you listen to music in compacted files, which reduces the amount of storage your music takes in your phone.

It also comes with a complete equalizer with 10 bands and 32 presets. Other than that, you can also set playback speed and more. JetAudio is available on Android or iOS.

This special and official app lets you download YouTube videos so you can watch when you’re offline. Even though it is not an app specifically made to listen to music, it is worth mentioning that YouTube’s music videos collection is ginormous.

For that reason, YouTube Go gets a spot in our list of apps to listen to music offline for free. It lets you download your videos in the quality you prefer, and is an Android exclusive app. Follow this link to download it.

One of the most popular apps in our list, Poweramp is yet another exclusive for Android devices. It brings to its users the possibility of using a 10 band equalizer, as well as being able to adjust the highs and the lows of your songs directly on the app.

It has support to several file formats, including MP3, MP4, WAV, FLAC, and many others. Learn more about Poweramp by following the link to the Google Play Store.

A heavyweight competitor to Poweramp is Pulsar. Both of them are extremely popular for bringing a huge variety of functionalities, but Pulsar has the edge in that it offers support to Google Chromecast and is even integrated to last.fm, a musical social network.

In this app, you can also include the lyrics to your favorite songs, set the playback speed to them, and even control it by using voice commands, among many other things. Download right now on the Play Store or on the App Store.

This is one of the oldest apps to listen to music offline for free. Rocket Player also brings a 10-band equalizer with many preset options, as well as several themes from which you can choose to customize its looks and you can even use the app on the Chromecast.

Rocket Player has a premium version that can be purchased for merely 0,99 USD. This version removes all ads and brings some extra features such as transition between tracks and volume normalization so that all songs play at relatively the same loudness. Learn more about Rocket Player by following this link to the Play Store.

Is it still possible to listen to music offline for free?

AS you could likely see from our recommendations, it is completely possible to do so. Let us know in the comments if you prefer to listen to your music offline, or if you enjoy the new streaming platforms, and don’t forget to also check out the best free screen recording software!