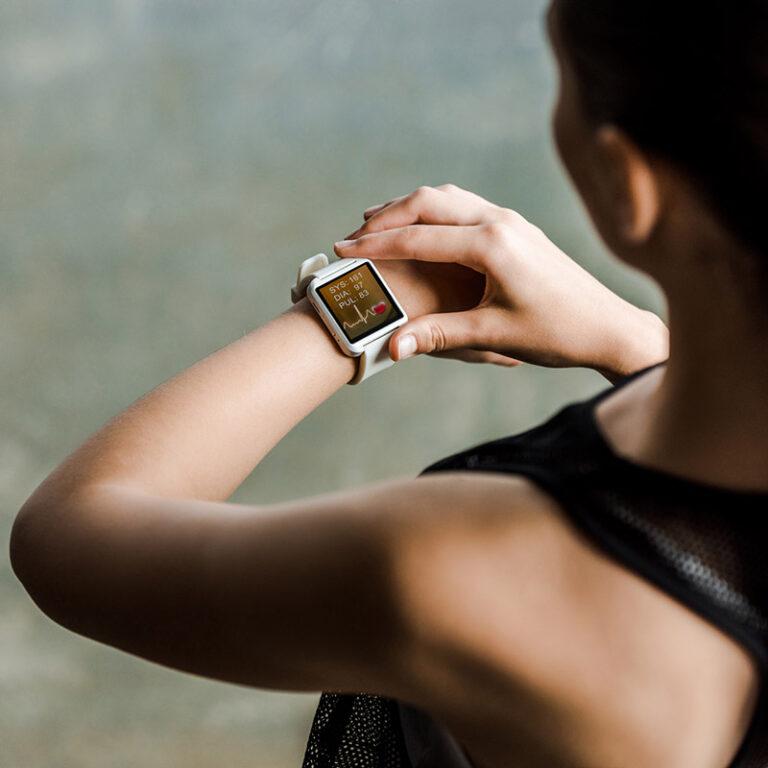 
We’re all aware that the Apple Watch is, without a shadow of a doubt, one of the best smartwatches available right now. However, it doesn’t matter how much we want to buy one, as its price may be prohibitive to some. For that reason, many of us end up getting one of the Apple Watch clones available.


If you’re considering acquiring one of them, it might be hard to know which ones are really worth it and do what they claim. As such, down below you’ll find a quite complete list with some of the best clones around. Keep reading!

Let’s start the list of the best Apple Watch clones around with IWO 13 Pro, the most recent release from a long line of extremely capable replicas. It has a built-in GPS, which in itself is a huge upgrade when compared to the previous version, and something to consider when comparing to some alternatives.

Other than that, it also comes with loads of features, including even a blood pressure monitor, a heartbeat monitor, a counter for steps, sports modes, and a lot more. Of course, all of that while showing you notifications and letting you control your music. All in all, a great option! 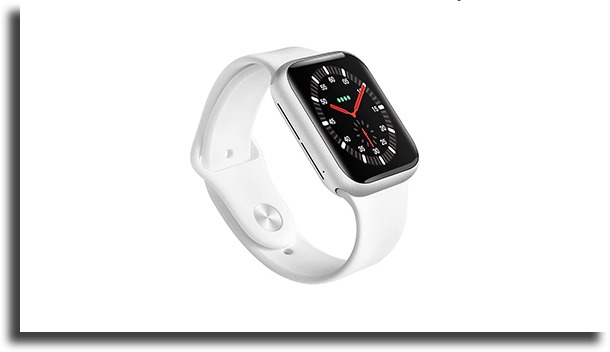 Another amazing option among the Apple Watch clones is Amatage Smartwatch, which comes with a design that’s very similar to the Apple Watch 6. This option is available in three colors: blue, pink, and black.

With a 1.4-inch display, you will be able to do whatever you need with it. Beyond that, it also has an IP67 certification, which means that you’ll even be able to dive in the pool without taking it off and it will hold! It’s one of the cheapest options you can find.

Shaolin Bluetooth, just like Amatage, has a design that really does resemble that of the Apple Watch’s. However, this model is more similar to the Apple Watch Series 4, instead of its sixth version. It works amazingly well with any iPhone.

It will give you all the notifications from Facebook, Instagram, and all other sorts of apps. Further, it is available in two colors and it is really comfortable to use, but it doesn’t have a GPS nor is it waterproof.

In IWO 12 we have another of the Apple Watch Series 6 clones, with a particularly good finish. It works without any issues or hiccups, brings you all the notifications you could want… it is a good choice.

As we mentioned, it does not have a GPS, which is a huge downside, a battery that will last you merely 24 hours of use, and a relatively small amount of storage.

Easily one of the best options you can get among the Apple Watch clones is IWO 8. As you might notice, the smartwatches in the IWO lineup are by far and foremost some of the best replicas available in the market.

It is very similar to the Series 4. It’s resistant to rusting and it’s quite durable, and it even comes with a built-in microphone so you can control it with your voice. 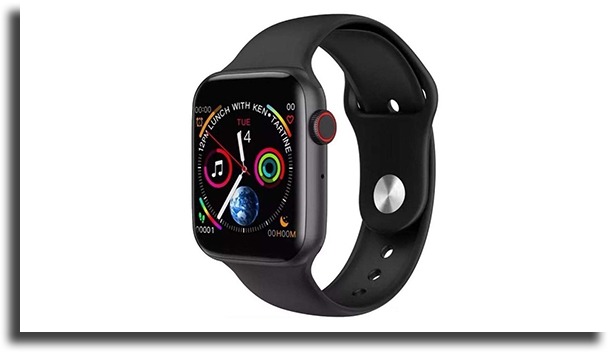 One of the best cost-benefit options in this list of Apple Watch clones is the DT36 smartwatch. It is jam-packed with features that are found in the original device, and its design is also extremely similar to it.

Other than that, you will be able to take pictures from your smartphone simply by clicking on the smartwatch! It’s certainly worth it.

Next up, we have Amazfit GTS. It might seem strange to have a Xiaomi product in our list, but its design is truly similar to that of the Apple Watch. And, of course, it is a product of the highest quality, probably the best in this list.

It has a 1.65-inch display, and good pixel density, AMOLED screen which ensures more color accuracy, it is resistant to water, the battery lasts for up to 14 days of use… Overall, a very complete option.

In the B57 Smartband by Zentastic, we have one of the best Apple Watch clones. Even though it has a quite reduced price tag, it offers many amazing features and a quite good-looking design.

It has a calls reminder, SMS, notifications from loads of apps, controls the music that’s playing, has several different monitors for your health, and more. And it even is water-resistant!

In the I5 Smartwatch, you will find a really beautiful design accompanied by hardware that will let you do almost everything that the Apple Watch does. As such, it is an amazing replica.

It has a lot of sensors, fitness features to monitor your runs, the distance you’ve gone, heartbeat monitoring, blood pressure monitoring, and a lot more. Other than that, it also has the IP68 rating, which ensures its water-resistancy.

Last, but not least, we also have DT100, a smartwatch that will provide you with a lot of features at a very low price. The design also resembles a lot that of the Apple Watch.

Among its features, you will find a stopwatch, a breathing trainer, music controls, sports modes, period-tracking capabilities, and you can even take pictures from far away from your phone! 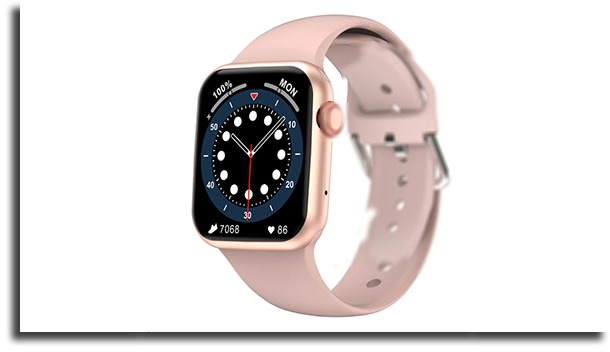 Did you like any of the best Apple Watch clones?

Let us know in the comments if you’ve liked any of the replicas we chose to include here as well as if you prefer to use any others. Don’t forget to also check out the best workout apps!