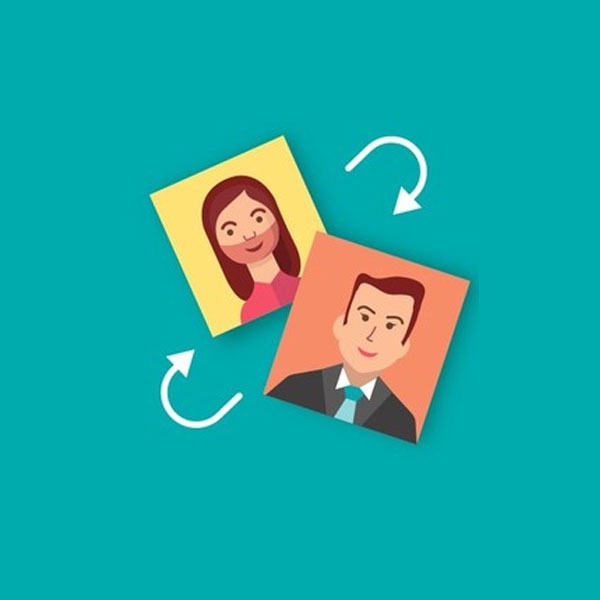 The 10 best face swap apps for Android and iOS!


You’ve most likely seen pictures where people have their faces swapped or changed with that of an animal, for instance, while browsing funny websites or even social media platforms.


Examples include a father having his baby’s face and the other way around, and even everyone in a group shot with the same face. If you want to learn how to do that, check out here the best face swap apps and have fun with it!

One of the best and most famous face swap apps nowadays is Snapchat itself, which also is one of the best free iPhone apps. It lets you use masks, swap the face of people in photos, and even create new snaps and videos with these changes.

All of that without us even mentioning it works as a huge social media where its users can share the snaps with their contacts. If you still haven’t tried it out, download it for free for iOS or for Android!

Face Swap Live is certainly another great alternative for those who want to swap their faces. It lets you do it on pictures and even on videos that you record on the app.

Other than that, the app makes available a lot of stickers and masks, as well as the possibility of searching for celebrities’ faces for its users to have as much fun as possible. Its official version is paid, albeit cheap, and it is available both on the App Store and on the Play Store.

We obviously have to include Instagram among the best face swap apps. After all, who hasn’t heard about it nowadays? Part of what has made this platform so successful is the sheer amount and diversity of facial filters and effects for you to swap faces.

You can even include a myriad of stickers, gifs, and masks to your photos and videos. It offers hundreds of different filters for you to choose the ones you like best to create amazing Stories to share with your followers. If you still don’t use it, just follow to the Play Store or the App Store to download what is one of the best free Android apps!

Have you ever wanted to swap faces on your photos? Well, this app makes it super easy for you, since you can do so in less than a minute! You don’t have to select the eyes, mouth, or nose, because this app does everything automatically for you, making it all much easier.

All you will have to do is to either take a picture in the app or open one up from your gallery to then swap faces or select one of the many different masks! You can share everything you make directly to your favorite social media platform. This is an iOS exclusive app that can be downloaded by following this link.

Face Swap Booth is also one of the best face swap apps around. It lets you select each individual part of your face that you want to swap, such as your eyes, mouth, nose, and more. Other than that, you can also swap faces from different pictures!

Swap your face with celebrities or even save faces that you can use later on in future edits! Face Swap Booth comes preinstalled with several pictures of famous people for you to have a lot of fun. Download it for iOS or for Android right now!

MixBooth is a great face swapping app that also lets you make a lot of fun montages. With over 5 million downloads on Google Play alone, it lets you mix up different facial features from several pictures at once and create some funny images with the app.

It’s very simple to use, and everything you create when using this app can be shared directly via email, Facebook, and Twitter. It’s free to download, and you can find it on the Play Store and on the App Store.

One of the best face swap apps, the aptly named Face Swap not only lets you merge the faces of different people, but also add several different stickers so you can edit your photos as you want, including dog ears, sunglasses, emojis, and more.

Face Swap also has a video feature through which you can swap the faces of those in it! And as if that wasn’t enough, you can share your images created here to Instagram, Facebook, and other social media platforms. Download it for free for Android!

An Android exclusive app, Photo Face Swap lets you easily swap faces in your pictures. It is easy to use and it works with up to 2 pictures and up to 6 faces in its editions.

The app works both with pictures you take when using it and with pictures that come from your gallery. It is entirely free to use and, as with most other options, it lets you share your images to Instagram, Facebook, and other social media platforms. Follow this link to download it for Android.

Cupace lets you cut and paste faces to pictures manually, without any sort of limitation as to the number of people or of photos. This app is very simple to use, and it even lets you save the faces you’ve cut to the app’s gallery so that you can use it later on in future montages. Download it for free for Android!

The last of the best face swap apps, with Face Changer you can have a lot of fun by editing the faces of your friends with extremely uncommon and unexpected filters, masks, and stickers.

With the proper light and placement, the app can even swap faces instantly for you. You can also create short videos where you swap faces, and share them to your favorite social media platforms! Download it for free for Android.

Did you already know or use any of them? Let us know in the comments and don’t forget to also check out how to get Animoji on Android, the best video editing apps, and the best PC software!