Skip to content
Tutorial Android
Top 8 apps you can use to get Animoji on Android! 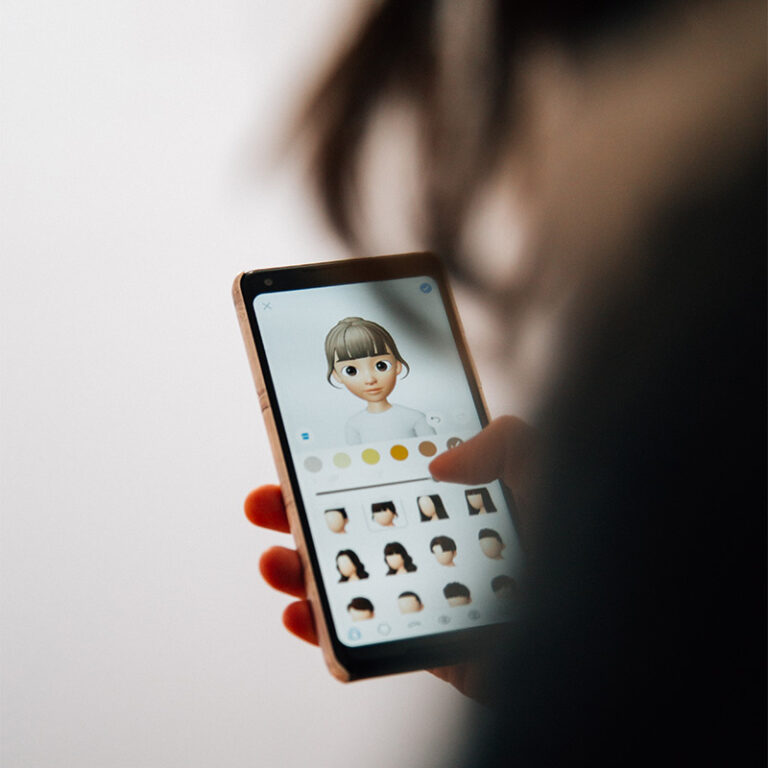 Top 8 apps you can use to get Animoji on Android!


An amazing way to communicate is by using the famous emoji, the little icons that represent emotions, among much else. They are really handy when it comes to understanding text messages better, and using Animoji, a feature that’s not available on Android can be even more beneficial.


However, if you want to create moving emoji to use on your chats but you think you’re completely out of luck, we have news: there is hope! There are many apps you can use to try and replicate the Animoji you find on the iPhone on Android devices. In this list, we will select all the ones we consider to be the best!

Bitmoji is one of the oldest apps in this category that you can find, and it is developed by Snapchat. As such, it shares a lot of users between the two platforms. This app lets you create versions of yourself as an avatar and after that create several emojis and animated stickers.

It is also compatible with Gboard, or the Google Keyboard, which is a huge pro, since all Android phones come with it installed. However, to start using it, you will need to either connect your Google account or your Snapchat account.

After signing in with your account, the app will ask that you select your gender and for you to take a selfie to make your avatar automatically. You will then be able to change characteristics such as skin tone, hair, eyes, and more. Follow this link to see more! 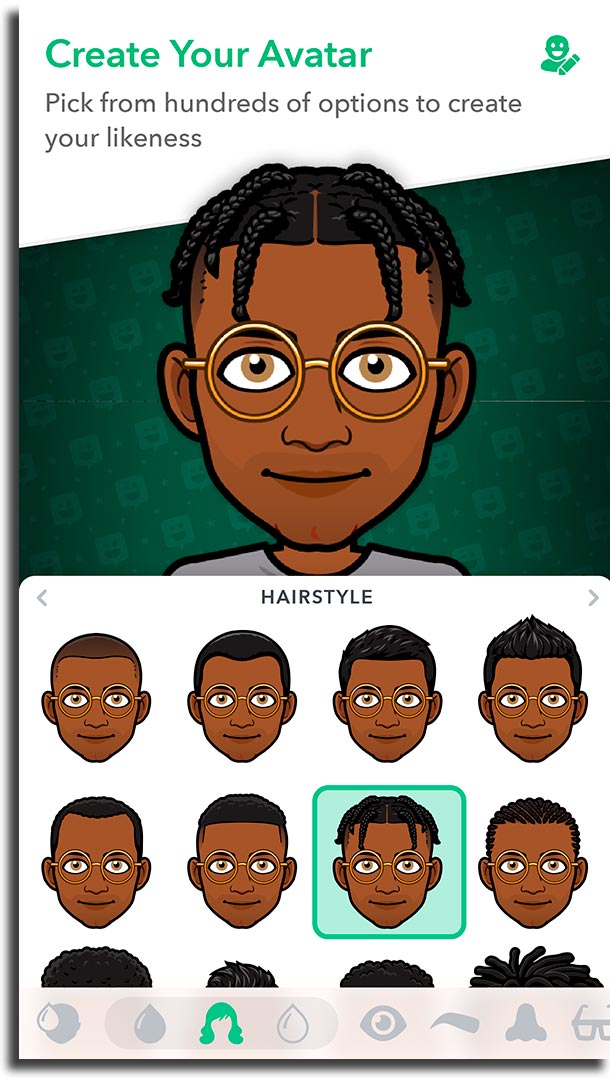 Compatible with any messaging app, Smiley Face Emoji is a free to use emoji that lets you create moving emoji that resemble the Animoji on Android. You can even add sound! They’re sorted into several different categories, including Talking, Animated, Animal, Love, and much more.

The app’s best categories are its high-quality smileys and emoticons, its ease of use, high compatibility, and the incredibly large number of different categories. To learn everything about it, go to the Play Store.

Facemoji is one of the most popular custom keyboard apps for Android and for iOS, with a wide array of moving emoji as well as thousands of standard emoji. The app is divided in five sections: Emojis, Stickers, keyboard customization, themes, and settings.

It has thousands of keyboard themes available and offers many interesting features, such as the possibility of adding your own photos to the customization, as well as changing the template, adding emoticons, and more. After the customization is finished, the app will direct you to its community so you can share what you’ve made!

Its large number of different emoji you can use is its strong suit, but the layout and the user experience are somewhat lacking. To see more about this app, follow this link.

EMOJI Face Recorder is a very cool app that uses you as a model to animate emoji that move in 3D by using your camera, essentially creating an Animoji on Android. You can also record audio and finally save and share on any messaging app you want!

With over 3000 emoji, stickers, themes, and GIFs possibilities, it has a lot of different categories. It is also a customizable keyboard with next word suggestion functionality, working with over 150 languages for free! To learn more, go to the Play Store. 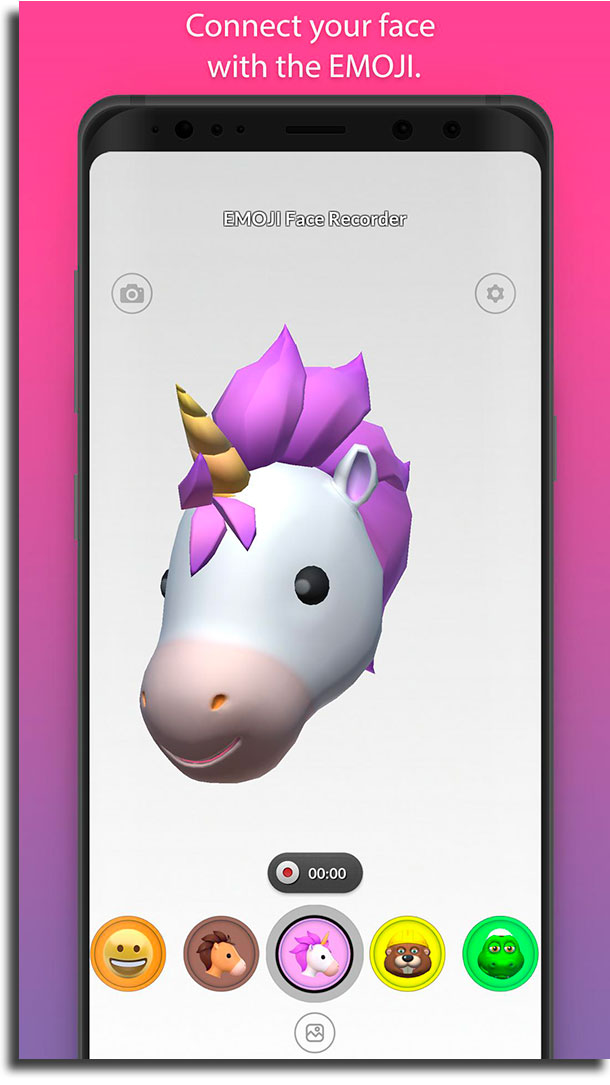 MojiPop is another alternative that will recognize your face through your phone camera so that you can make an avatar that looks like you and then fit it into its Animoji for Android library. It is very similar to Bitmoji, with both a free and a paid option that unlocks more emojis and features.

To use the app, you can go to the Play Store to install it. After that, you have to select it as your keyboard, and then you will be able to easily share your new emojis on any social network or messaging app!

VideoMoji is a free to use app that also offers a paid version. It lets you create a 3D avatar and animate it for yourself your emotions, so that you can better express yourself. Even better, you can record short videos using the avatar!

There are many different characters from which you can choose, including a clownfish, panda, monkey, or even… a burger! The app can replicate really well the user’s facial expressions. To learn more, go to the Play Store.

Another amazing keyboard app, SwiftKey fits in amazingly as one of the best apps that let you use Animoji on Android via a feature they call Puppets, not particularly well known to many. There are five different animals you can choose from: dinosaur, panda, cat, owl, and dog.

To use this feature, you need your Android version to 7.0 or above. You will see an icon on the upper-right corner of the screen through which you can start to create your own first Puppet!

The app lets the users create short videos of up to 30 seconds using the Puppets, while recording the audio so you can easily share it to social networks! To download the app, follow this link.

On Chudo you can create customized moving emojis that are animated in 3D simply by using your phone’s camera and post it to any platform, such as Facebook, WhatsApp, or Messenger – check out how to find out if you’re blocked on Facebook Messenger. One of its special features is that you can upload your creations so that other users of the app can also use it!

You can choose to create your avatar by using your camera or manually, if you prefer, and customize all aspects of it. In the app, it is possible to select many “things” for you to be, including unicorns, bunnies, and cookies. If you’re interested in this app, just follow this link. 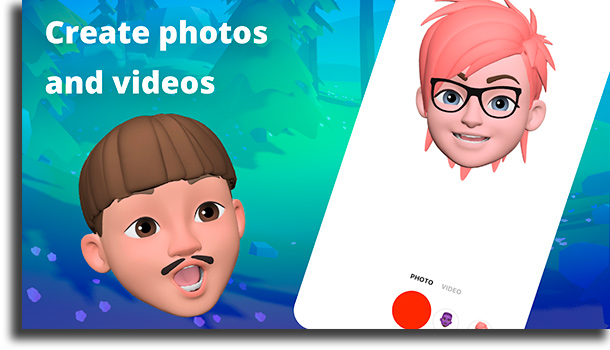 Did you like any of the apps to use Animoji on Android?

Let us know in the comments if you already used any of these apps and if we helped you out. Don’t forget to also check out the best apps to change hair color, the best Android games, and the best live TV apps for Android!