Skip to content
Tutorial Android iPad
The top 10 best anime to watch in 2022! 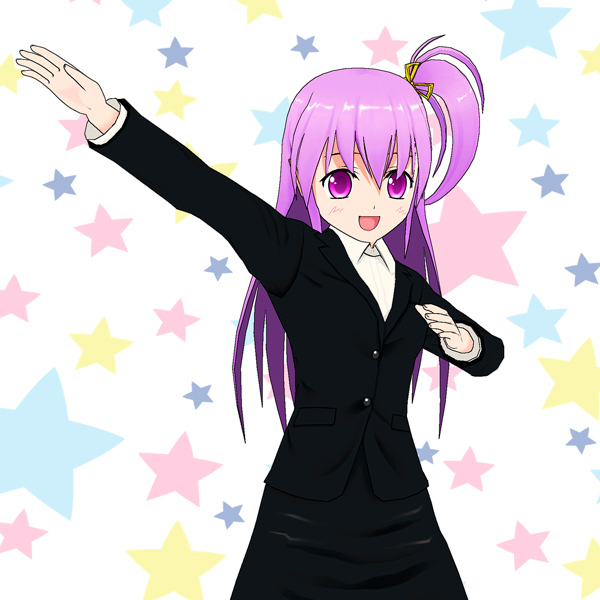 
In these quarantine times we plenty of time to consume media. If before we had no time to check on what’s new on streaming services, now we are constantly on the lookout for shows to binge watch all the time. It’s likely the best time to watch anime. If instead of watching live-action shows you’d much rather watch animation hailing straight from Japan, there’s plenty of great works coming from there. Maybe you want something long that could last the whole quarantine, or maybe you’d like a short series without filler, our chosen best anime of 2020 might just fit your criteria.


Check out our list down below and make sure to add some of them — or all of them! — to your list.

1. Blade of the Immortal

For those who either don’t have the time or don’t want the time commitment of watching hundreds of episodes and would much rather go for a shorter experience, Blade of the Immortal might be a good pick. With a more serious tone, it follows the journey of an immortal warrior from the feudal era Japan that ends up getting caught in a vengeance tale when he decides to help a girl avenge her dead parents.

Worth mentioning that this is the second adaptation of the manga of the same name, better received than the previous one, since it follows the story of the original manga. Blade of the Immortal is available on Amazon Prime Video. 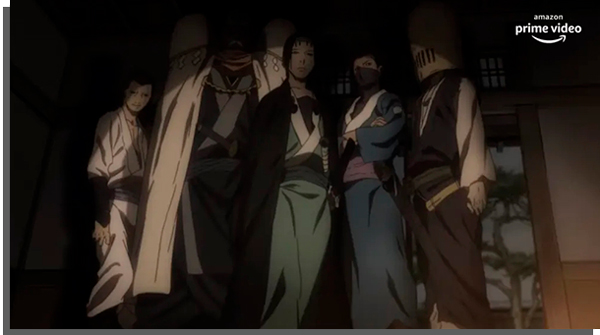 If you are a fan of soccer and you are tired of watching Captain Tsubasa, Inazuma Eleven is a great alternative that came to your rescue. In this anime, you’ll find the evolution of a high school soccer team whose club is about to be shutdown and they need to do everything in their power so that their favorite sport doesn’t get dropped by the school.

You may watch the first season on Amazon Prime Video.

Different from most popular anime, Fruits Basket isn’t a story about powerful warriors facing universal-level threats. Its rhythm is much more akin to a romantic comedy. In it, we follow the story of a high schooler that loses her parents and ends having to live on the private property of a certain very special family.

Eventually adopted by the clan, the day-to-day life makes it so she finds out a strange family secret: the family members turn into animals of the Chinese zodiac when hugged! This secret makes it so the protagonist goes through some weird and quite funny situations as the show goes on.

Even though it is far from being the longest-running anime in the world — the record keeper is called Sazae-san, which is running for 50 years and has more than 7000 episodes — One Piece is certainly the most acclaimed. With 929 episodes, it is possible to spend the whole quarantine — which still has no ending in sight in most countries — without you getting to finish it.

That’s how long One Piece is, and we’d like to remind you that it still isn’t even finished. One Piece tells the adventures of a ragtag band of pirates captained by Monkey D. Luffy, who as a child ate a special fruit that made it so his body would have the elasticity of rubber, allowing him to stretch himself.

On the other side, the fruit renders its user unable to swim, which is quite the problem in a world where the ocean and traversing it are such huge aspects. You can follow one of the longest running animes in history on Crunchyroll.

With around 10 years running, Naruto and Naruto Shippuden set the standard for anime for the generation that spent their childhood and their teenage years in the 2000s, much like One Piece. It’s to not surprise that it is known as one of the best anime of current times.

Much like many Naruto fans nowadays have their own children, the protagonist of the show also had his own kids. This is where his son’s journey starts in Boruto: Naruto Next Generations. As you can imagine, the plot revolves around Boruto, son of the now Hokage Naruto, who is very much like his father, especially on the troublemaker side!

Considered by many the “Naruto” of this generation, My Hero Academia is easily one of the best anime currently running. Moving to its fifth season, it follows the development of Izuku Midoriya, who is born without any superpowers in a world where almost everyone has their own. Even then, the young man dreams of joining the superheroes on their fight against villains everywhere, and many surprises are bound to come his way. My Hero Academia is available on Crunchyroll. 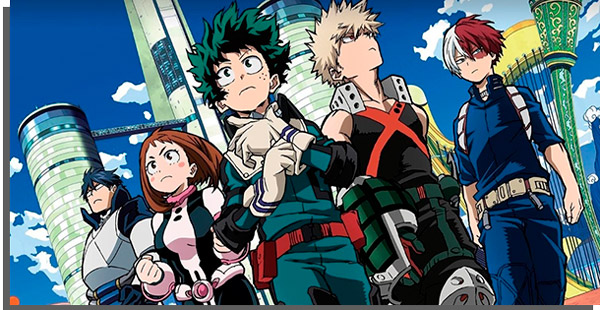 One of the best anime of the 90s, Sailor Moon Crystal is kind of a reboot, a new beginning for the classic series, with modern animation that often times significantly improve on the original’s visuals. This means that once again we follow the story of Usagi Tsukino, the eponymous Sailor Moon, guardian of love and justice, who receives her powers upon finding the magical cat named Luna.

The suddenly appointed guardian must then find the Silver Crystal and protect the world against the forces of evil. The absolute gold standard for the magical girl archetype, Sailor Moon Crystal is the name of the reboot currently on its fourth season, and you may watch it on Crunchyroll.

A clever satire on the action anime and the superhero stereotypes, One Punch Man is about the boring day-to-day life of Saitama, a normal looking person who is inspired to become a hero after protecting a child from a monster. So inspired in fact, that Saitama was able to achieve two feats: becoming so powerful that he is able to defeat any enemy with a single punch, and becoming irreversibly bald.

The main drive of the story is that, with all his might, Saitama ends up being bored, since nothing is ever a challenge. Going to its second season, you can follow the hilarious adventures of One Punch Man on Crunchyroll.

A miniseries in 10 chapters, Devilman Crybaby brings us a world where demons were awoken, throwing it all in chaos. Its protagonist is a half-demon man who faces the forces of evil alongside his friend of mysterious origins.

The very adult themes at display here and not shying away from showing graphic depictions of violence makes it so Devilman Crybaby is not a show for children, having an 18+ age restriction in most countries. The anime is available on the Netflix catalogue.

A satire of the real world, Aggretsuko is set on an Earth inhabited by transmorphs – animals that live much like humans. Often cute-looking, this is the only fantastical element of the narrative, as Aggretsuko tends to be very grounded in its themes, showcasing the daily life of the protagonist and her struggle with what seems to be what plenty of us would consider a normal life.

Much like us, this brings a whole load of frustrations, satirizing elements such as dealing with incompetent bosses or coworkers trying to turn the work environment into a battleground. It is one of the funniest animes currently running while also being fairly dramatic at points, reflecting much of what we consider to be normal life. You may watch Aggretsuko on Netflix! 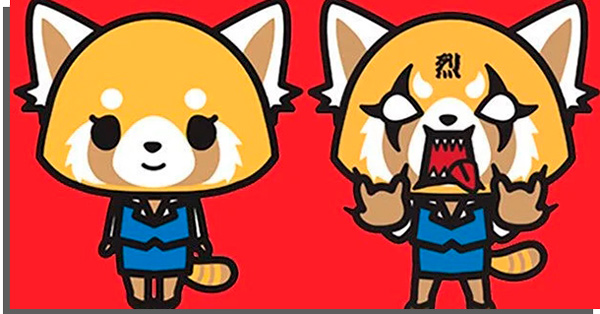 What are some of the best animes in your opinion?

Now that you checked out our suggestions to watch on Netflix and alternatives! How about sharing this list with that friend of yours that loves anime? They will love it!