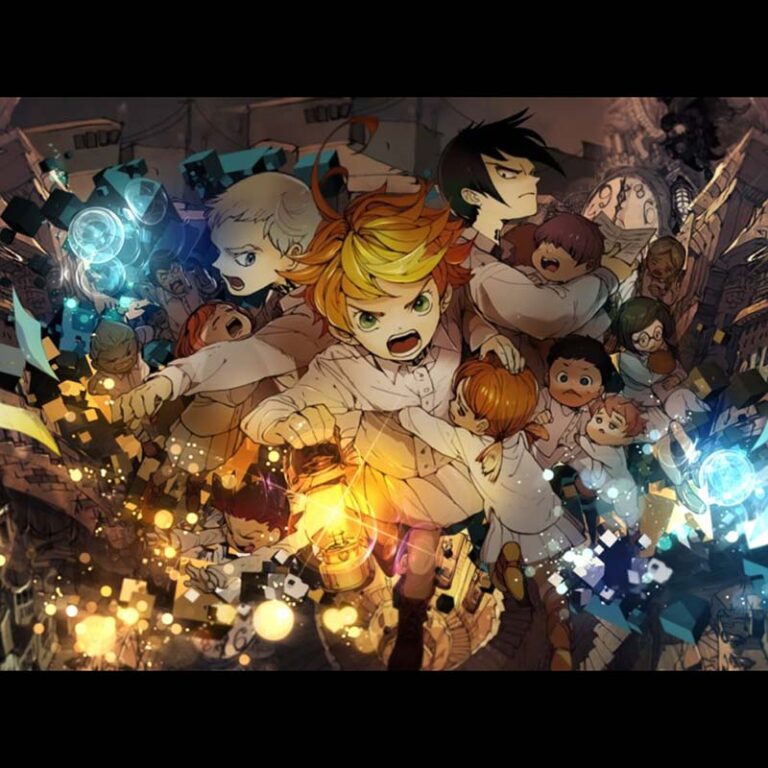 
Even though we had a lot of setbacks in 2020, it was still a pretty decent year for those who like to watch anime, with a lot of great new seasons getting released. Fortunately, 2021 is also looking quite promising, with an amazing list of anime to be released.


By now, we already have a good indication of what might get released, both when it comes to new anime and to new seasons. To help you out, we have created this comprehensive 2021 anime list, where you can learn a lot more about the entire calendar.

We also chose the top picks of the most expected anime for this year, many of which will be available on the best websites to watch movies!

Here, you can find the full release schedule for animes in January (including those that have already been released!

As you can see, there are a lot of anime that got released in January of 2021, being a really long list!

Now, here are those released in February, although there are many less.

Getting to march, we only have one confirmed release!

In April of 2021, there’s only one anime in our list that has a set date. The rest, only the month is confirmed.

Whoo, there certainly are a lot of anime in the list for April 2021!

There’s only one anime to be released in May as of yet.

In Spring, without a defined month

Again, only one, but now without even a defined month!

Now, you’ll see the list for the (few) anime in the list to be released this summer.

In Summer, without a defined month

The last of the anime that have a somewhat defined release date for a 2021 release as of yet.

All of these anime down below have been confirmed that they will be released in 2021. However, there’s neither a release date or even a time frame.

Finishing off this calendar, here are the movies to be released in 2021!

If you watched the first season of this amazing anime series, you most certainly were expecting to see it here. The Promised Neverland is without the shadow of a doubt one of the best animes of recent years, and its second season leaves nothing to be desired so far.

Now, we will see the orphaned children of Grace Field in their journey beyond the walls that locked them in, as well as all they must do in order to survive in this weird world of the outside. Discover their travels and accompany them in their newfound freedom by following this link! 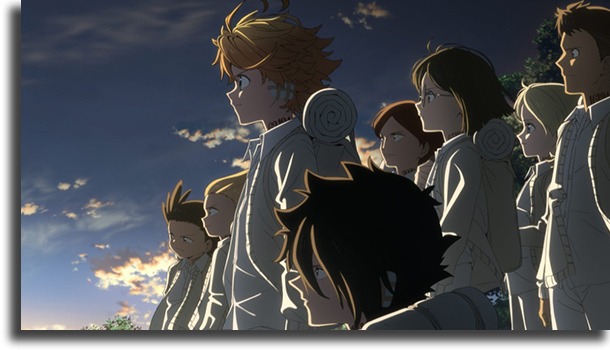 Beastars was not only one of the best anime, but one of the best shows overall last year, and as such it easily got a spot among the list of the most expected anime in 2021. It combined high-school drama, murder mystery, humor, and an odd, yet believable, anthropomorphic society, with some great 3D animation and cinematography.

In the second season, we will see the unexpected romance between the grey wolf Legoshi and the dwarf rabbit Haru while they explore and try to better understand their feelings for each other. While it officially debuted in January 5, if you’re outside of Japan you will have to wait until July to watch it officially on Netflix, one of the best apps to watch anime.

Boku no Hero Academia, more well-known as My Hero Academia, is coming back in its 5th season! Since it is one of the most well-acclaimed anime around, it easily fits in this article. It is expected that the season will focus on the Joint Training arc of the manga, so it will be great. Check out the best manga apps for Android to read it!

This will be one of the most action-packed seasons ever, so if you want to see the story of the heroes at U.A. Highschool unfold and you like action and fights, you will love it. As we mentioned, it will be released in late March, and even later on in the year, the third movie will be released!

This is a bit of a two-in-one, since Cells at Work is coming back with two anime at once in our 2021 list. There’s a direct sequel to the 2018 series made by David Productions (the same as JoJo’s Bizzarre Adventure) and then Code Black, a spin-off made by another group altogether.

The sequel will continue the story of the cells existent in the human body and the jobs they perform, carrying oxygen and CO2, for instance. The first season was really educational and funny, so it’s fair to expect the same.

Code Black will follow a new cast of cells, that navigate a very different body that’s lived a much unhealthier life than the original one. As such, it’s expected to be much more dramatic, since this body will deal with much more, and more intensely.

Sk8 the Infinity had one of the best premieres of 2021, making us excited for the following upcoming episodes. Its animation is phenomenal. The anime follows a downhill skateboarding race called S, which means it’s an exciting and somewhat unpredictable anime. Even so, it manages to deal a lot with character growth.

Here, we will follow some very interesting characters, including Langa, Shadow, Cherry Blosson, and Reky, whose personalities are evident in the races. Each has a unique skating style, so everything will be different from one another. 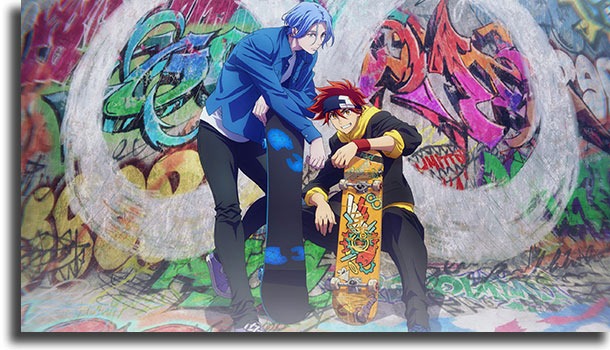 6. That Time I Got Reincarnated as a Slime, Season 2

Returning a bit over one and a half years, That Time I Got Reincarnated as a Slime is picking up where it left off. The fun to watch anime follows Rimuru, a slime, and a group of friends with whom he’s building a new and different city.

The protagonist has some of the weirdest and most unexpected skills and powers that a slime could have, making it be one of the strongest beings in this game universe. Follow this link to watch it on Crunchyroll, one of the best websites to watch anime!

Another anime in our 2021 list is Dr. Stone: Stone Wars, the second season of a great anime of the last season. It follows a young genius called Senku Ishigami who, along his friends, have been turned into stone (as well as the rest of humanity). They, however, are awakened thousands of years later!

He uses all he knows tobe able to not only unpetrify the rest of the human population, but to also recreate civilization through science. However, there’s a lot of conflict over how the world will be recreated and who will reign! To watch it, follow this link to Crunchyroll, one of the best movie streaming apps on iPhone!

Technically this movie was released last year. However it was only in Japan. Now, this year we will finally get a North American release! The anime ended its first season right before the Mugen Train arc, and so this fits right in the anime.

The movie has broken several records in Japan, and it became the highest-grossing movie in Japan, overcoming the huge Spirited Away! The movie is expected to be released early this year, so pay attention to watch it as soon as it comes out!

It has been two whole years since the first season of Laid-Back Camp was released, and now we finally get to see its continuation. It shows us the joys of cold weather camping in a suburban prefecture in Japan. It’s an amazing slice-of-life anime that offers you great characters, scenery, and music.

The next season follows the same characters (Rin, Nadesco, and their friends) as they go to their new fun and calm camping trips through the region. It’s simple, charming, and heart-warming, and definitely worth watching.

Finishing the section of the best of 2021 anime list, we have Horimiya, whose first episode brought its characters to life amazingly well and maintained the style and the feel of the manga. Its premise is of two individuals bonding over their secret selves, and its animation is one of the best of the season.

It differs from most other rom-com anime due to its uniquely different sense of humor and its approach to love, doing the opposite of most others and avoiding the staleness of the genre. If you like The Promised Neverland, you’ll be excited to know that Horimiya is made by CloverWorks, the same studio! 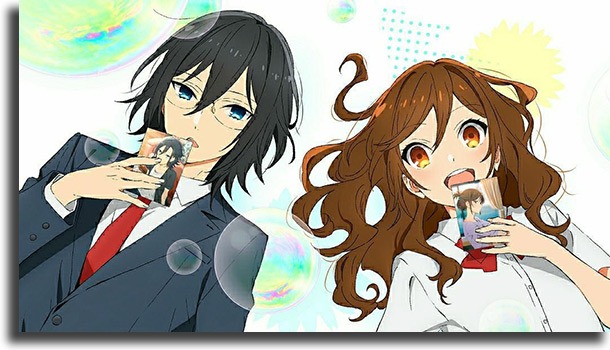 So, did you enjoy reading our guide and found out some new good anime for this year? Leave a comment with your opinion, and don’t forget to also check out the best shows on Netflix, the best shows to binge watch, the best apps to watch movies, and the best movie download apps!