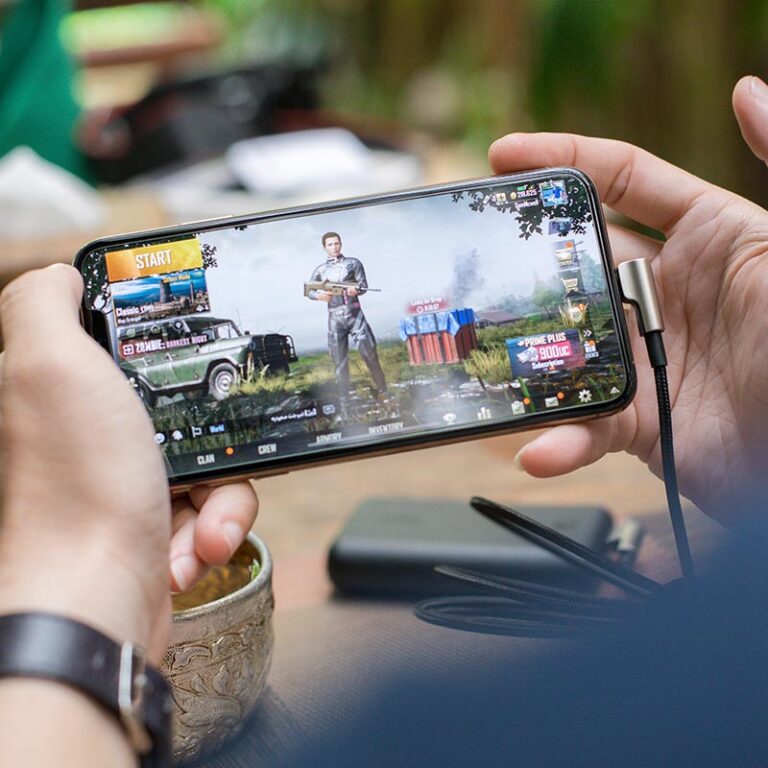 The 10 best mobile MOBAs for Android and iOS devices!


If you have ever heard about games such as League of Legends and Dota 2, you are already fully aware of what MOBAs are. Acronym for Multiplayer Online Battle Arena, this style typically revolves around battles between teams of players who must take over the enemy base while protecting their own against their rivals, and it also is the case for the best mobile MOBAs.


If you’re just not that into computer gaming, but you would like to try to venture into MOBA games for smartphones, both Android and iOS, check out the best games in this style and get practicing!

One of the biggest options among the best mobile MOBAs, Vainglory is the first and most faithful option in the genre for mobile devices. It’s one of the few titles to have a large playerbase and competitive tournaments, making it much easier for you to get into the game and interact with its community.

With over 30 different heroes for you to choose, eacn with their own skills and proficiencis, as well as being well-optimized for touchscreens, Vainglory is one of the best multiplayer mobile games for those into competition.

It can be downloaded both for Android and for iOS devices, and it supports matches with players in different devices. That is to say, if you have an Android and your friend has an iOS, you can still game together on one of the best mobile multiplayer games!

League of Legends: Wild Rift is easily one of the best games in this list, particularly because it is League of Legends, made by Riot Games, but built anew for phones. It has new items, new maps, new characters, and everything is optimized for phones.

It hasn’t been properly released yet, but you can pre-register on the Play Store to hopefully get into its early access, as well as signing up on the website to get news about it. To see more, go to the website!

One of the best mobile MOBAs that has the most characters from which you can choose, Heroes Evolved has a wide array of iconic characters for your battles. You can even choose to play as the iconic star of martial arts, Bruce Lee!

With an equipment system, any character will be able to be played entirely differently from another of the same, making the matches much more unique. Of course, it has controls optimized for touchscreens, and you can download it on the Play Store and on the App Store.

From the same makers as Angry Birds, Battle Bay is one of the best mobile MOBAs that’s the most unique in this list. Instead of you controlling superpowered heroes or movie icones, you will play as vehicles in the matches of Battle Bay.

The game offers 5v5 matches, and it has a perspective much more geared towards those who like action games, instead of strategy games, as is usual. Battle Bay has some short matches that are ideal for new players, and it lets you create teams of players, called guilds. This MOBA by Rovio is available on the Play Store and on the App Store.

Maybe the game that resembles League of Legends the most, Mobile Legends also comes with 5v5 matches, as is most usual in MOBA games that have been released on the PC. Its controls are somewhat different from normal, and you use a virtual joystick instead of the normal touches on the screen to move and attack with your heroes.

When it comes to heroes, Mobile Legends is also amazing, with around 43 heroes for you to choose. This game can be downloaded whether you use an Android or an iOS device.

Comparatively speaking, Arena of Valor is one of the newer options among the best mobile MOBAs. It offers several different game modes, including 5v5, 3v3, and 1v1. Beyond that, you’ll have access to over 100 heroes, short 10-minute matches, co-op multiplayer mode, and a lot more.

Here, you’ll find all the more typical things found in MOBAs, and it is entirely free, forever! Check it out on the official website, where you can download the apps for Android and for iOS.

Created by the giant in mobile games Gameloft, Heroes of Order & Chaos is one of the largest and fastest-growing options among the best mobile MOBAs. It offers over 50 character for you to choose, with 5v5 battles, and the usual goal of destroying the enemy base while protecting your own.

The game lets you customize the skills and equipments of all heroes, making it possible to use them differently according to each player. It is also possible to watch matches in the spectator mode, and you can download it on the Play Store or the App Store.

One of the few MOBA games that doesn’t use medieval fantasy as its bakground, Planet of Heroes draws its inspiration from science fiction. However, it has a more childish take, and it is better for children, as such. It’s also one of the few games in this genre you can play offilne!

Much simpler than most of the alternatievs in this list, the matches in Planet of Heroes happen betweeen three-player teams. It’s ideal for those who are just starting to play this genre, but it will most likely be too simple for the veterans among us. Planet of Heroes is available only for Android.

A much lighter option when it comes to the best mobile MOBAs that’s easily one of the best Android games, Brawl Stars is a game developed by Supercell, the same company resposible for some of the best iPhone games, including Clash of Clans, Clash Royale, and Boomb Beac.

It might not be exactly a MOBA, but it does have a lot of MOBA-like elements, and it can be considered a part of the genre. In the end, it’s just simpler and less intense, but still a lot of fun. Check it out on the official website! 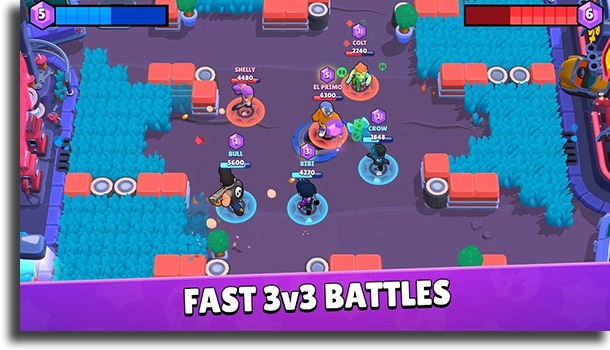 Finishing off our list, we have MARVEL Super War, a MOBA game developed by Marvel itself! In this game, you will be able to choose any of your favorite Marvel characters to fight off against your enemies.

In MARVEL Super War, you’ll find the classic 5v5 formula, and you and your friends will be able to build a team with your favorite heroes. To check it out, just follow this link.

Which of the best mobile MOBAs have you tried out?

Even though this genre can’t be considered new, since there are many options for all devices, it’s still quite unknown for those who aren’t into the competitive scene in electronic games. Did you like any of our recommendations? Let us know in the comments, and don’t forget to also check out the best free PC games and the best couch co-op games!