Skip to content
Tutorial Android iPad
What is Twitch and how to use it for streaming? 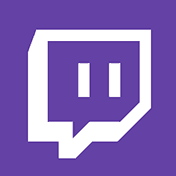 What is Twitch and how to use it for streaming?


Despite the name being easily mistaken with that of Twitter, Twitch has little relation to that social network, even though it can also be considered one. If you are a fan of electronic games or have someone close to you, you may have already seen the platform, widely used to broadcast games and championships in multiplayer games such as League of Legends and Dota 2.


Find out what Twitch is and how the platform works just below!

Tip: Looking for games to play? Here’s the 20 best free multiplayer games for PC and phones!

In a nutshell, it’s a platform to broadcast live over the internet, as other social networks like Facebook and Instagram do. However, the big difference between them is that Twitch is dedicated almost exclusively to electronic games.

Most of the content published there is championship matches and players trying to beat speed records in games like Super Mario World and Sonic, but it is also possible to find streamers (term used for those who broadcast) of various games, including board games. In recent years, Twitch has also opened up for IRL streams, so you’ll find people traveling, cooking and more! 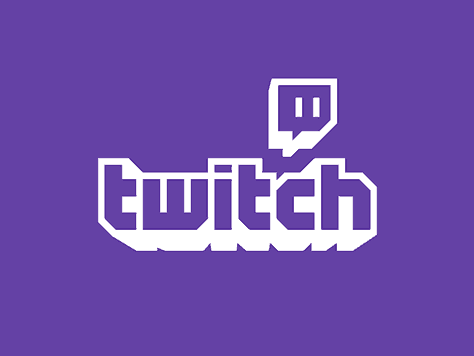 Still, Twitch is a platform built on games and the culture around it. Streams with only players interacting with their communities and roundtables with experts are also some of the attractions you can find when browsing Twitch. One of the channels that brought experiences outside this standard and ended up going viral was Twitch Plays Pokémon, in which a programmer developed a way to make viewers control the game through chat commands.

But it’s not just glamour and non-stop gaming that live on Twitch’s channels. Another of the initiatives that attracted a lot of attention was the channel Games Done Quick, which brings famous record holders in the community to beat games while receiving donations to charities.

Essentially, this platform opens doors for streamers to show their content and also monetize it, as it is possible to subscribe to channels – although not necessary – to get some bonuses, such as platform-exclusive emojis, chat badges that make you stand out from the rest, etc. Of course, part of the subscription goes to the platform itself, but the other part goes to the creator. There are several streamers who make the platform their own job.

How to use Twitch

Like Youtube or Vimeo, watching broadcasts on Twitch is quite easy, just accessing Twitch.tv through your browser. Alternatively, you can watch broadcasts through the app for Android or iPhone and iPad.

If you are looking to watch specific game streams, you can scroll down the browser tab and choose some of the featured games! 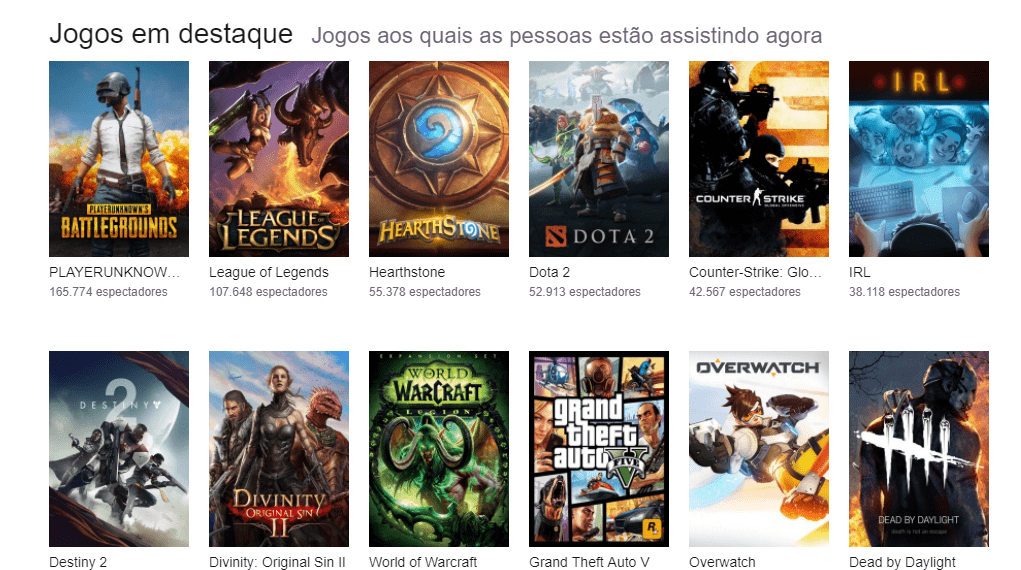 Alternatively, you can search for the game by typing its name into the search bar at the top of the page.

To save your favorite channels and interact in the chat, you must create a user account on Twitch by clicking on the Register button.

Now, just fill in the data on the form that will open or connect it with your Facebook profile to speed up the process, as you can see in the screenshot below. 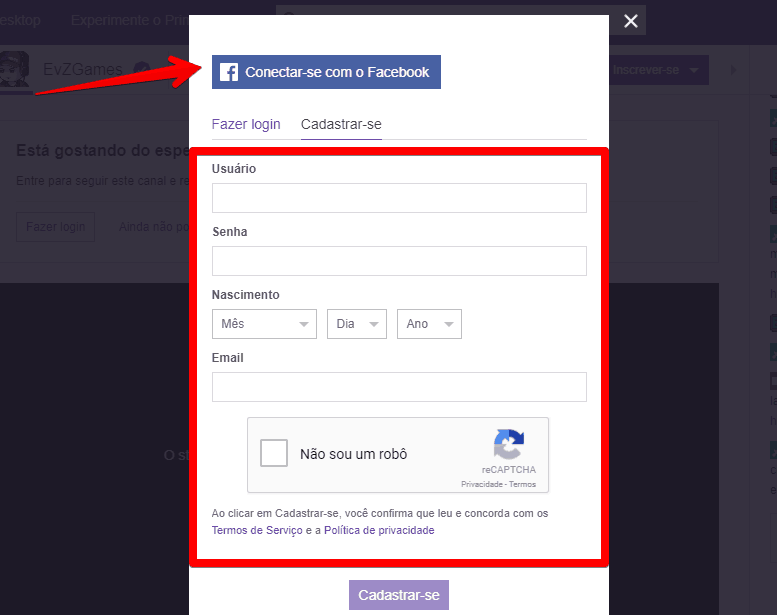 How to start your own streams

Making your broadcasts on Twitch is a little more complicated than simply watching what is already available, as you can imagine. You will need a computer that has good performance to render and process the game and the livestream at the same time, in addition to a stable connection with high upload speed, necessary to ensure that your stream does not freeze for those who are watching.

Even so, you can always try, especially since streaming on the platform is completely free. To do this, you’ll need to create your Twitch account and install an external program designed exclusively to capture your computer’s processes (or even everything on your screen) and stream to the platform.

Step 1: After creating and logging into your account, go to the Control Panel by clicking on your account icon in the upper right field of the platform.

Step 2: In the control panel, in the vertical menu located on the left, look for the option Streaming Tools. On this page you can find several different programs to start broadcasting, such as OBS, Player.me, Xsplit, Streamlabs OBS, among others.

Step 3: Choose the desired program and click on Download as well as on Setup Guide. The Setup guide will help you set up the application on your computer so you can start streaming. It is worth remembering that each application works in a different way, but they all serve the same purposes. If you need a recommendation, try Streamlabs OBS or Open Broadcast Studio (OBS) first.

Twitch is an excellent way to follow your favorite game, especially the competitive ones! Seeing how professional gamers play the game or simply watching someone adventuring through a game for the first time can be refreshing. If you know somebody whose personality would fit in great on Twitch, share this article with them!