Skip to content
Tutorial Android iPhone
Apple TV vs Fire TV: Which of them to choose? 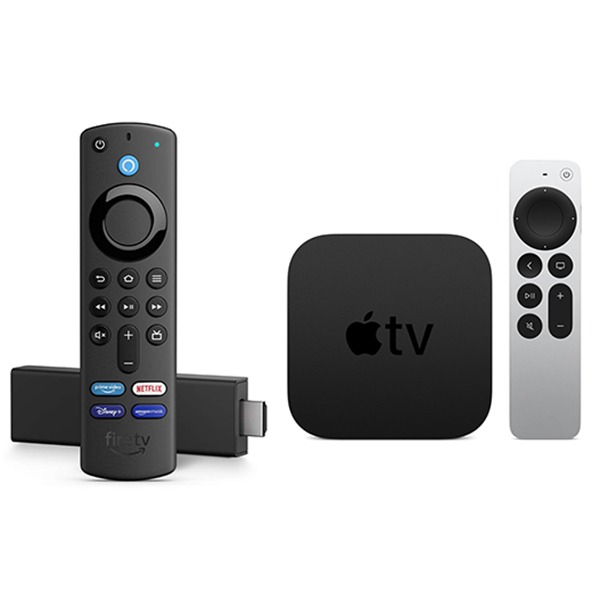 Apple TV vs Fire TV: Which of them to choose?


Smart TVs are a technology that’s getting more and more common as time goes on, but they still tend to be somewhat pricey. Other than that, lots of people have a great overall TV, and have no reason to upgrade to a Smart model. This is exactly the reason why we are creating this comparison between Apple TV vs Fire TV!

Apple TV vs Fire TV: What are they, exactly?

If you’re reading this article you probably have an idea of what they are. Even so, it is good that we try to explain a bit about what you can expect when purchasing one of these products.

You probably already know the famous Chromecast, right? Or maybe the cheaper Android box? Well, these two products we will talk about here are nothing more than the versions by Apple and Amazon!

You can control the Apple TV or the Fire TV by using the controller that comes with them or by using your phone with the correct app. Everything is super simple and easy and lets anyone have a blast. 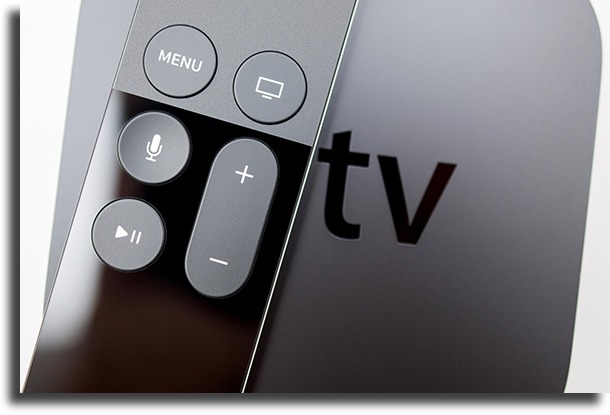 Alright. Now it is time that we explain to you which ones are the characteristics that each one of them has to offer so that you can choose which one fits best with your needs.

Keep in mind that, while it is possible to purchase the Fire TV for no more than $ 49.99 in its 4K version, you will only find the Apple TV 4K for four times that price, $199.99! That is to say, the budget is very important.

But, before anything else, a short comparison:

Okay! With all of that out of the way, let’s get to work. Both of these devices have a really quite discrete design, entirely black (other than the logo for the brands). While the Fire TV will hide behind your screen, the Apple TV offers a quite different format, that many others might prefer.

That is to say, it is a small rectangular box that will sit atop your TV desk, which can be somewhat distracting. However, it is also worth mentioning that if you want to hide the Apple TV, you can do so without any issue as the signal to control it is via WiFi.

On the other hand, the Fire TV looks a lot like a quite long USB stick, and it will fit in any HDMI port of yours. However, due to its length, it actually might stick out like a sore thumb from behind the TV. And if your TV doesn’t have any HDMI ports on the side, then it simply won’t work. 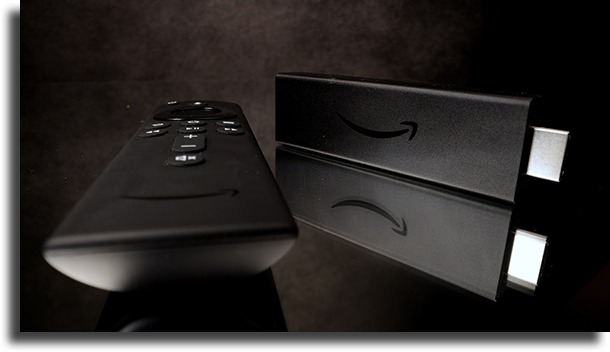 It’s good that we make it perfectly clear that these comparisons we’re doing between Fire TV vs Apple TV are about the 4K version of both devices. That is to say, if you want to get the Fire TV Lite, they won’t be valid.

Much more than “just” an extremely detailed and crisp 4K Ultra HD image, both of these devices offer support to a vast array of incredible formats, which will make all of the best TV shows look that much better!

Both the Fire TV and the Apple TV offer support to Dolby Vision and to HDR 10, which ensures amazing colors. However, and a big point in its favor (particularly for future-proofing), the Fire TV also offers support to HDR 10+.

This means that the images will be much brighter (up to 4 times!), and it can work with dynamic metadata technology. What this means is that the info of color and brightness are set scene by scene, instead of for the whole video at once.

Even so, keep in mind that although HDR 10+ is amazing, only a few specific TV models offer support to it, and only Amazon Prime Video has streaming options that use it! 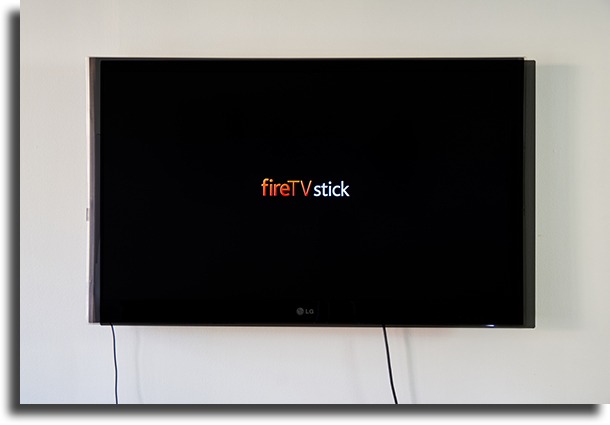 As important as the previous item (many might claim it is, in fact, even more so), the sound quality offered by these devices is amazing. When comparing Fire TV vs Apple TV, there’s no clear winner in this category.

The two products offer support to Dolby Atmos sound, which is really quite amazing when we take into account how cheap the Fire TV is. Even more so when hear the absolutely stunning result!

Other than that, they offer a good sound quality with standard 5.1 and with stereo sound, being quite detailed.

Of course, the sound offered by the Apple TV is somewhat better. Still, it’s not that much better, and certainly not worth the huge price difference (unless money is no object and you want the best money can buy). 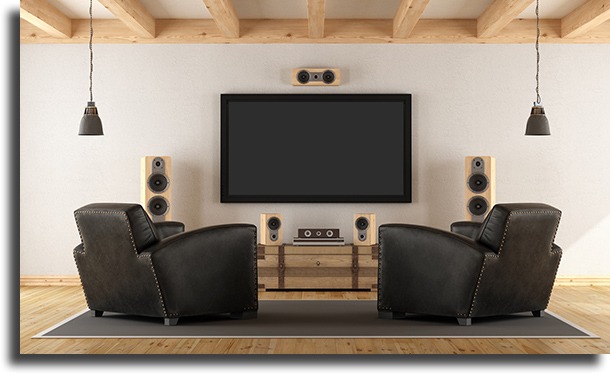 The features in both of these devices are quite similar, prioritizing (with reason) the streaming quality. There are two huge differences between Apple TV vs Fire TV: the first of which is the possibility to play games, and the second is downloading free movies extra-officially.

While it is possible to play some on either of them, Apple TV’s hardware is superior and you can sign up to Apple Arcade for only $ 4.99 per month to have access to a giant library of amazing games.

As Fire TV runs on Android, it becomes much easier for you to install a torrent software through which you can download pretty much anything you want to watch. Just keep in mind: if you plan to do it, always use a good VPN service!

However, and a very important aspect, the internal storage of the Fire TV is only 8 GB, which is quite limited, even more so if you think about how much space 4K video use. The Apple TV’s storage is 32 GB, which lets you store a lot more video.

Even so, you can use a flash drive with a microUSB plug to increase the storage on the Fire TV.

Another aspect when we talk about features between Apple TV vs Fire TV is the number of apps that these platforms support. Here, we’ll first talk about the natively supported apps.

In this category, the Apple TV wins with nearly 13 thousand apps, against the Fire TV’s 10 thousand. This doesn’t mean much, but a huge factor is that you can’t watch HBO Max natively in the Fire TV!

On the other hand, it is possible (maybe even easy) to install Aptoide, one of the best Google Play Store alternatives, to download pretty much all the Android apps available on the Fire TV and use them. If you want to go down this route, the Fire TV wins easy.

Last, you can control smart devices that are in your home by using them. With the Fire TV, it will be possible to control both Alexa as well as Siri, while with the Apple TV you can only control Siri.

With all of that in mind, something that’s important we mention is the usability of these services. That is, how easy (or difficult) it is to use them to do whatever you want. And that’s exactly what we will talk about here.

Using the Fire TV is extremely intuitive and simple, and as such pretty much anyone can reasonably use it. Its menus are really pretty, which is certainly a good upside.

Even so, it does seem that all that Amazon wants is that you sign up to Amazon Prime Video and the Amazon exclusive channels to watch its shows, as all of it is shown in its home screen that you can’t change.

And, in fact, this is the truth. After all, when a company releases a great product for such a small price, it does so with the intent of making a huge profit elsewhere.

The Apple TV also has a clean and pretty interface, with icons that are really characteristic to Apple. As such, it is simple and attractive for all. In the comparison between Apple TV vs Fire TV, one of the biggest upsides is that you can make the Apple TV’s home screen your own.

While Apple does also promote its content, it does so in a much less intrusive manner, letting you hide permanently the TV app (the one for Apple’s streaming service. The result is an ad-free product! 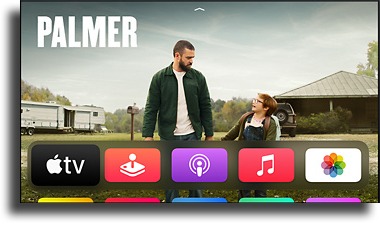 On the other hand, the remote that comes with the Apple TV is confusing. Instead of buttons to go up, down, and to the sides, as well as forward and backward, it has a trackpad with clicks for control.

And as you can’t customize its sensitivity, it can be too sensitive for some, and not enough for others. Luckily, it has buttons for you to control the volume!

We’re reaching the final stages of the comparison between Fire TV vs Apple TV with what is one of the most important areas, the prices! There’s nothing much to say, so let’s get right down to it:

The Fire TV Lite costs merely $ 29.99, and as such it is an extremely cheap option packed full of features. If you want to be able to stream in 4K, you just need to increase your budget by $ 20 and purchase the Fire TV 4K for $ 49.99

Regardless of which streamer by Amazon you choose, the cost-benefit couldn’t be any better. After all, it offers pretty much all the things that the Apple TV does but for a fraction of the price!

Now, if you want to be able to watch your shows and movies in 4K, the price rises up to $ 199.99. In the end, Apple’s streamer truly is an option for those who want to purchase a product that’ll last them years.

The cost-benefit is definitely worse than its competitor, making this area of the comparison be almost pointless. Yes, sure, its quality is slightly ahead in most areas, but the gigantic price difference makes it not be that worthwhile.

Fire TV vs Apple TV: which one to buy?

Between Fire TV vs Apple TV, in a very simplified explanation, Amazon’s product is the ideal one for those who want an amazing cost-benefit and want loads of features at a reduced price.

In fact, it is by far the best streamer available if you don’t want to go all out. However, if you want to get the best of the best and money is no object for you, then go for the Apple TV and you’ll be surely satisfied.

Did you like our comparison between Fire TV vs Apple TV?

If you found this comparison useful or if we helped you out in making a much more well-informed purchase, let us know in the comments. And if you want some good suggestions of what to watch, just check out the best war TV shows and the best shows to binge watch!