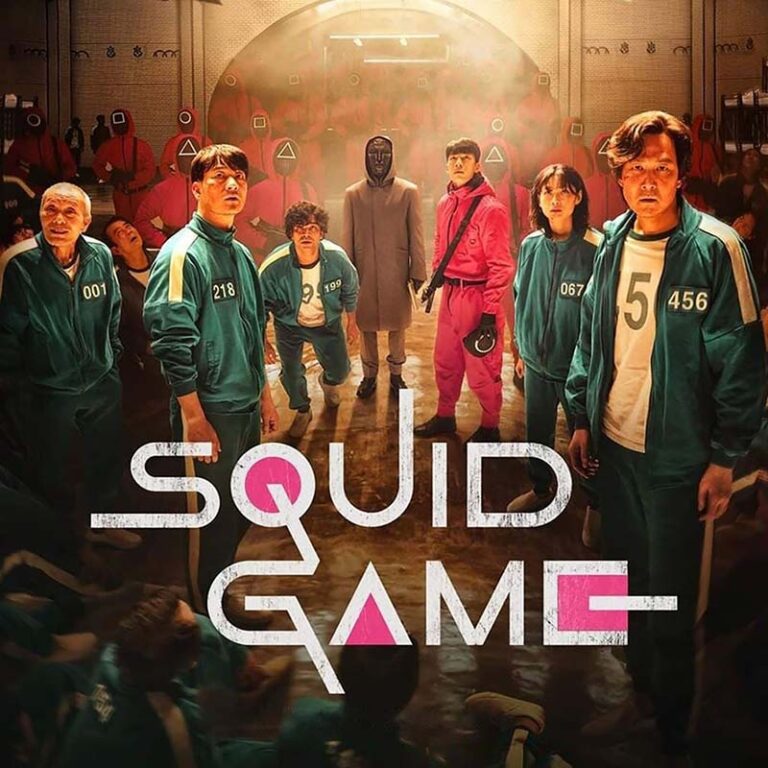 
You’ve probably seen something about the new phenomenon that was recently released on Netflix, the Squid Game series.


Many are curious to know everything behind this plot and that’s why we’ve listed some details and trivia from Netflix’s newest and greatest South Korean production, which has conquered and attracted an outrageous number of new users to the platform.

Squid Game stands out a lot due to the remarkable performances and almost caricatures, which are a mark of the Korean style in entertainment, already known to us in the West.

Critics divide opinions, and there are even those who compare the new series with the style of famous sagas like SAW and The Hunger Games, or a more precise comparison, the anime Kaiji: Ultimate Survivor – That we strongly recommend you to watch right now. The truth is, “Survival Games” is pretty much a genre in and of itself.

The series was released on September 17, 2021, and has generated a lot of buzz on social media since its debut.

A curious fact about the series is that even though it is new, it has already conquered the record for the first South Korean series to debut in the US.

Full of suspense, the series is in its 1st season and has 9 episodes, approximately 1 hour each.

The plot of Squid Game

Squid Game tells stories of people drowning in debt almost impossible to pay, who mysteriously receive a proposal that apparently can help them solve that problem.

The proposal in question boils down to the players participating in a kind of scavenger hunt with several games.

What stands out is the opportunity for easy money, which can be observed already during the selection of participants for the games.

Seong Gi-hun (protagonist played by Lee Jung-Jae) is the first shown to accept participation in the games and is followed by all the other players who participate in the plot and who prove to be very important for the development of the story.

The final prize is the considerable value of 45.6 billion won, (South Korean currency) which is equivalent to 38.9 million dollars, at the current exchange rates.

Meet the cast of the show

The creator of the series is Dong-hyuk Hwang, who took 10 years to get the idea to be greenlit. The series has a set of actors who after the explosion of success of the series, gained worldwide recognition. 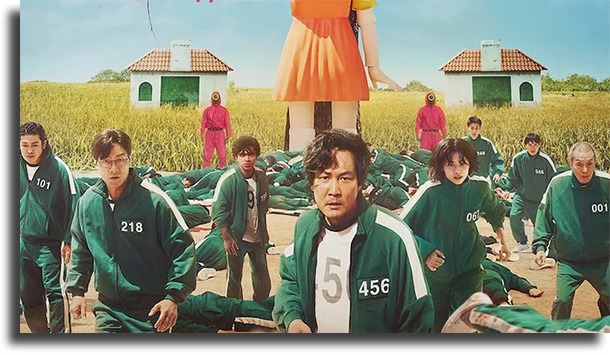 Learn a little about characters and their respective actors:

The games in Squid Game

The game has 456 players, and only 1 of them can win. There is a single game played per day.

These games are all quite old children’s games, but players run the risk of losing their lives if lose.

Check out a little about each game.

When she opens her eyes, no player can move.

Anyone who does not comply with this rule is eliminated. Those eliminated are killed, and more than half of the players are eliminated in the first day!

At this stage, there is a seemingly easy rule, but in practice, it proves to be quite complicated.

Participants need to remove a geometric shape made of caramel with a needle from the rest of the dough. However, they cannot spoil the figure or use other means.

The dough is made only from melted sugar with a little baking soda and is usually marketed in South Korea by street vendors.

Shapes in drawings vary between circles and umbrellas, so the difficulty of the removal varies depending on the luck of each participant. You can get it done or lose your life like in all rounds of Squid Game.

No matter how small the error, the player is eliminated and because of that some players start to use clever strategies. 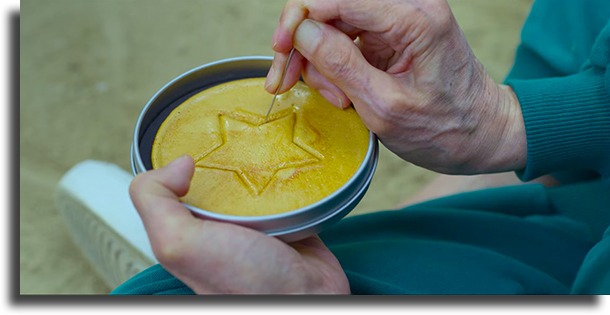 A common game that probably every western child has played. Who has never played pulling the rope against their friend to show their strength? Popular and self-explanatory.

Known to many people, the game is taken to an extreme level. Participants are directed to a very elevated platform and then divided into groups of 10 people.

The team that manages to pull the rope in their favor by removing the opponent from the platform is the winner. The losing team is left hanging while the rope is cut, causing the fall.

At this stage it is possible to understand an interesting message that the series wants to convey: All games demand more intelligence than strength. This is what will save the lives of the winning participants in the game in question, which will eliminate half the remaining players.

When holding the body, the opposing team makes an effort to drag all the participants, but they cannot.

The opposing forces are automatically depleted, giving the team with the smart strategy the chance to pull the participants in at once. 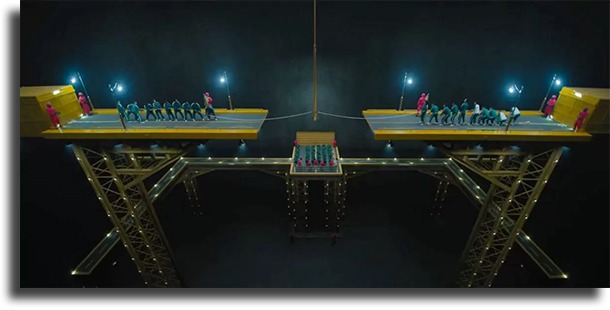 For many fans, this game was the most exciting in the show, and whoever got too attached to a character suffered a lot and had to say goodbye.

In this phase, the participants were separated into pairs and each player had to choose his opponent. As expected, they choose those with whom they have the most affinity.

Then, the problem starts when they discover that there will be no way out for one of the pair’s participants. As the game rules dictate: if you lose, you die.

The objective is to conquer all the opponent’s marbles. Upon losing all marbles, you are executed.

Within this phase, each pair shows that they have their own method to conquer the marbles. Strategies such as placing bets, throwing them at a distance, trying to hit the hole, even exchanging balls for stones, and deceiving the opponent. 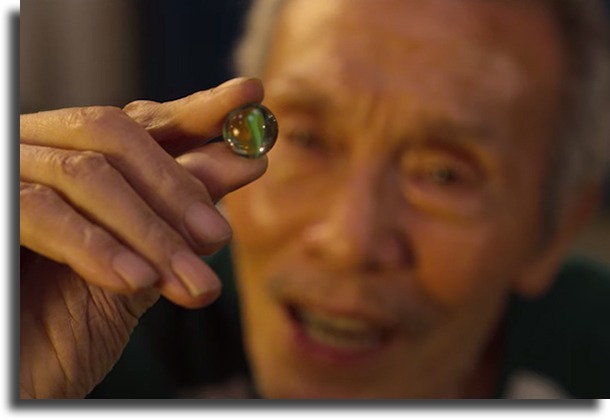 Players have to cross a bridge of glass panels at an immense height. There are 16 glass steps, the same as the number of players. Each step has two sides: one is made of regular glass, which won’t support the weight of even a single player, while the other side is made of tempered glass, which will support more than one player.

The players who step on the regular glass steps will be eliminated, and the next participant has to guess which side is safe next! 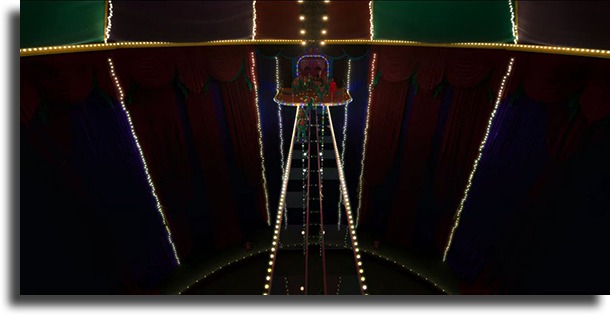 The Squid Game was a game frequently played in the 1970s and 1980s, in post-war South Korea. The game consists of two teams: those who attack and those who defend. Drawn a battlefield in the sand.

The attackers can only move by hopping on one leg. When the squid’s neck is reached, they can use both feet.

Defending players need to stop the attackers by pushing them out of bounds on the field. If an attacker gets to the head, they win, but if their team is eliminated, the defending team wins. 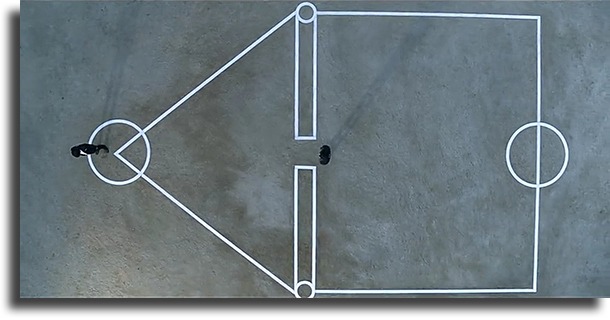 What if players want to drop out of the games?

After realizing how difficult the games are, participants talk about giving up. Some can’t stand the pressure and beg for the end of games.

According to one of the rules of the game, if the majority of players choose to end, activities can be terminated to return to normal life. The money raised is donated to the family of those who died.

When the voting starts, players get all the votes they need to go back home. Therefore, the games are ended. However, they realize how difficult and painful it is to shoulder all the debts, so they decide to go back.

Of the 201 who dropped out at the start, 187 decide to get back into the game. Trying again for the chance to win the prize and solve the problems.

Upon leaving the game, Seong Gi-hun even tries to alert the police about the case, but no one believes his story. But a police officer (Hwang) who suspects this story starts following him when he returns to the games.

In a public statement, the creator of Squid Game states that his main idea is to try to demonstrate the weight of social inequality, denouncing capitalism and showing that when we owe someone, we become their slaves.

Which has fueled discussions about cultural issues existing in real life all around the world.

Since the games start, there is a big question in the air as to who is responsible for the games. And little by little, we are introduced to the so-called VIP’S. A select group of people with tons of money.

Something interesting about this part of the plot is the signal for cultural and political issues such as capitalism – or comparing it to socialism by those who have no idea what socialism actually is.

The director says he has no plans for season two yet, but he doesn’t rule out that possibility. Dong-hyuk says that if he gets a chance to release a second season that he would no longer do it alone, but with the collaboration of a good team of directors.

In one of his public comments about the series, Dong-hyuk says that “when you have money at stake, humans can do terrible things”, direct criticism of capitalism.

Did you like to find out a little more about Squid Game?

So, did you watch Squid Game? What did you think of the series? If you haven’t seen it yet, leave in the comments what you expect. Don’t forget to also learn all about Ted Lasso and the best romantic comedy TV shows!