Skip to content
Tutorial Windows PC
Windows 11: all you need to know about the new Windows! 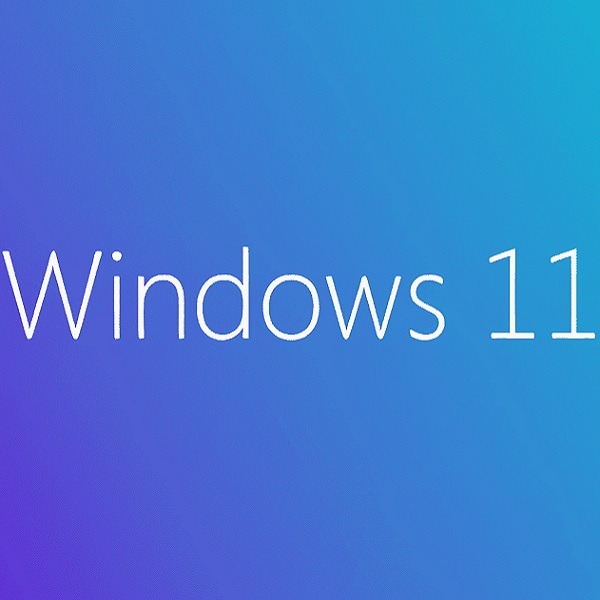 Windows 11: all you need to know about the new Windows!


Only six years after its release, Windows 10 seems to be very close to having a proper successor. Although Microsoft hasn’t officially announced anything, a test version of Windows 11 has leaked onto the internet and anyone who dares to install this unstable version of the company’s new operating system can do so. Of course, if you want to wait for the official release, but you still want to find out everything that’s leaked about the new edition, just check out this list!


We’ve aggregated the main features and news that leaked in this alpha version of Windows 11 below. Just keep reading to find out all the details of the next Windows edition! 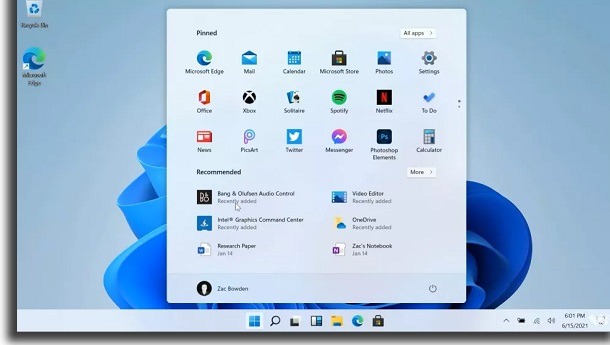 The first thing we noticed in the Windows 11 trial version is an interesting change to the taskbar. If before, all software icons were in the left part of the taskbar, now they are in the center by default.

This could be done in an unofficial way in Windows 10, but it wasn’t exactly practical. Fortunately, the system update change even includes the Start menu icon, which is something that couldn’t be moved to the center of the screen in previous versions. The cool thing is that you have the option to use the taskbar the old-fashioned way if you prefer, which is good for those who don’t like this change.

Speaking of the Start menu, it also had its fair share of interesting changes in Windows 11. Now this menu will appear on a floating screen above the taskbar and doesn’t have ads like we currently have in Windows 10.

In addition, the menu design is much more interesting and opts to display simpler icons of the apps you decide to pin there. It also has some recommended software and shortcuts, probably based on your usage. There is also a tab for you to see all installed apps and programs. You can tell it’s a much more modern and minimalist look than the old one, something that many users might prefer.

If in Windows 10 we had a search bar built into the taskbar, now there’s just a magnifying glass icon to indicate it. Just click on the icon to open a floating window with a dedicated search layout.

You can write what you are looking for in the bar that pops up, as well as filter by files, folders, websites, etc. Fortunately, you can still open the Start menu and start typing what you’re looking for and the system will search right away. Even so, it is quite possible that you can remove the search icon from the taskbar just like in Windows 10.

One of the most noticeable aspects we can see in Windows 11 is the change in the look of the system’s windows. Now all windows have rounded corners instead of that more rectangular shape like before.

Not only is the look more interesting, it has also led some people to think that Microsoft has taken some inspiration from the designs used by Apple in its products. Of course, until the final version arrives, it’s possible that other visual changes will be applied to the system. 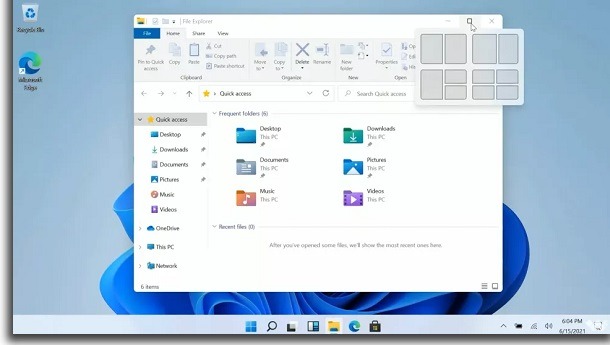 Another nice visual change is that the explorer icons are also quite different. In the trial version of Windows 11, folder and file icons, for example, are much more colorful.

We just don’t know yet if the user themselves will be able to change the color or style of the folders, which would be even more interesting. It’s one of the things we’ll have to wait and see.

As was already possible in Windows 10, we will be able to split the screen with several windows in the new version of the operating system. The difference is that there is now a kind of wizard for this.

Just hover your mouse cursor over the maximize window icon and you’ll see the screen-splitting wizard. Just choose how you prefer to divide and everything will be done automatically. It really is something more practical than having to drag windows in an unintuitive way.

A little less expected, but still good news, is that Windows 11 has new sounds for everything. Whether for notifications, for system startup, for errors, etc.

Sounds are much smoother than what we have in Windows 10, especially when a problem arises. You can check out the sounds firsthand in the video above, but keep in mind that they may change in the final version of the OS.

Anyone who has a monitor with a touch screen will be able to enjoy the features that will come to Windows 11. In the test version, we could already see that there will be touch actions to minimize or maximize apps, which is very useful.

Other than that, an action was also found so you can switch between desktops. Of course even more actions could appear in the final version, which would be very interesting.

Remember that this is a test version

Given everything that’s been leaked about Windows 11, you might even want to try the update before its official release. After all, there are many people that like to use products and services before the rest of the world.

What you have to keep in mind is that as this is a trial version, it is not recommended that you use it on your computer. If you really want to check out the new Windows first, do it on an older PC where you don’t have important files stored.

We say this because this version is unfinished and has a lot of bugs, which can quickly become a problem. The best thing is to wait for Microsoft to officially unveil and make Windows 11 available, which can happen soon and for free, as back when Windows 10 was announced.

When will Windows 11 be announced?

Since we recommend that you don’t test Windows 11 until it’s released, you might be curious to know when that will happen. Although there are no indications when Microsoft will make this version of the system available, the company has already revealed that it will hold an event on June 24 to share relevant news.

The reveal of the new Windows is expected to take place on that day, which could also be the day that it will be officially released.

For some people, the release of a new OS is an exciting time. Plenty of new features, applications and possibilities to explore! What are you expecting to see in Windows 11? Which of these new features excite you the most? Comment down below, let us know!