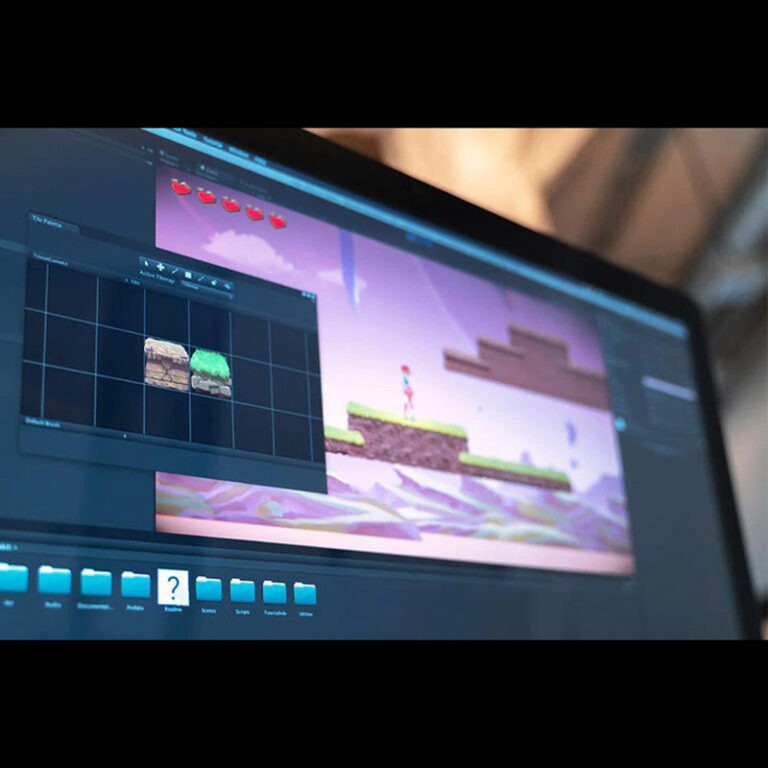 The 5 best game design software around!


One of the fastest-growing and steadiest markets there are, electronic games have been revealing more and more new talented people. Games such as Galaxy of Pen & Paper and Children of Morta are some great examples of what people can do with little, simply using some of the best game design software.


If you are interested in starting to develop games by yourself, we have selected some of the best software you can use to start creating new games and kick starting your career in the area!

Tip: Do you want some references to create your own game? So start by checking out the best iPhone games, the best Android games, and the best free PC games!

One of the best game design software around, Construct 3 is one of the few that don’t require you to know anything at all about programming to start off. That is to say, most of its tools feature the drag-and-drop feature.

Its only downside is that even if you are knowledgeable about game or app development, its interface doesn’t let you create new lines of code or change the ones that exist, so everything falls on the app.

Construct 3’s free version lets you develop some amazing browser games, including those for Window’s app store, Facebook games, and of course, for Google Chrome. The paid version extends the compatibility to Android and iOS devices, as well as Windows, Mac, and Linux computers.

Other than that, there’s a wide variety of material for you to study in the form of both written and video tutorials. Follow this link to learn more about Construct 3! 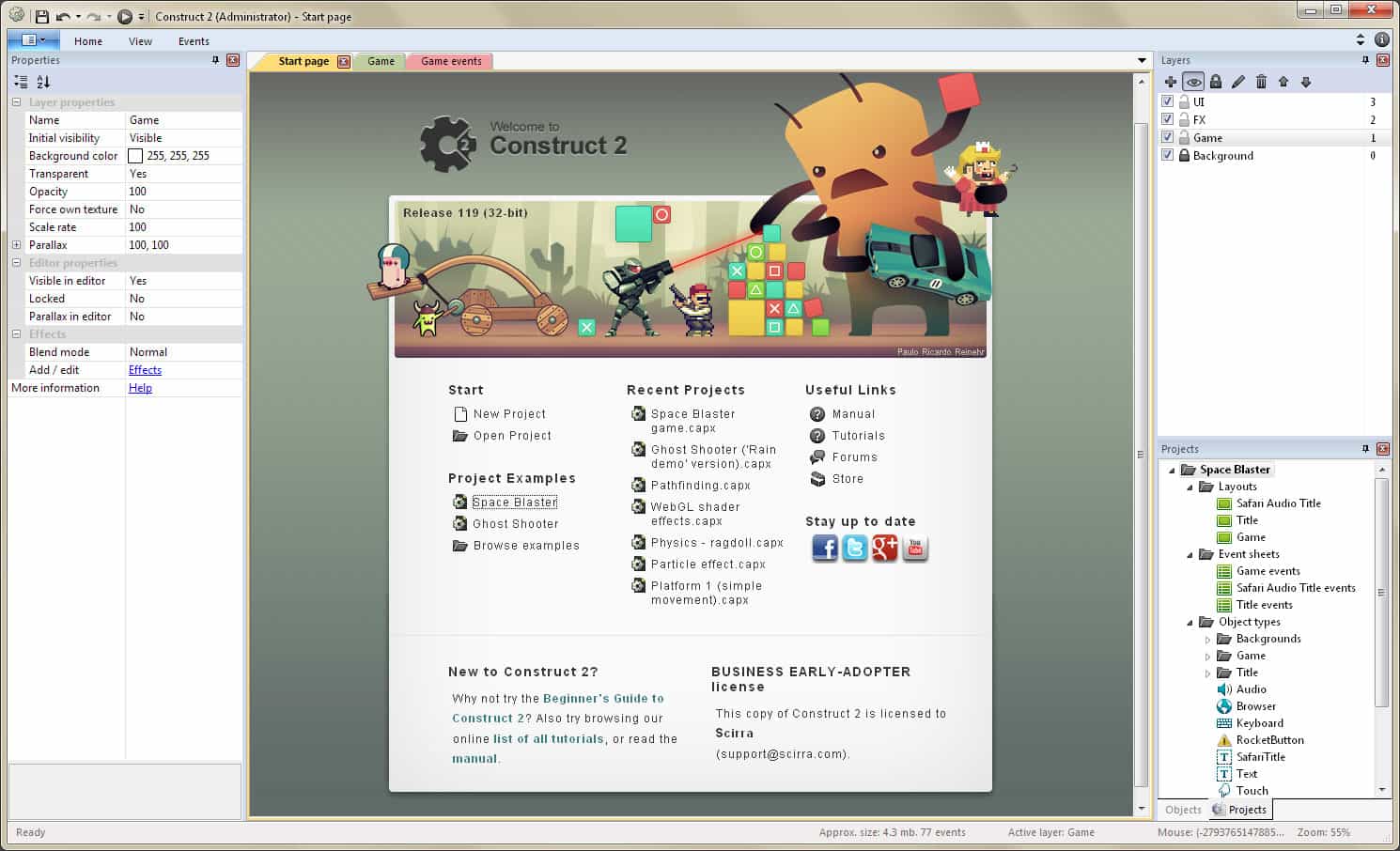 One of the best game design software for you to make 3D games, Unity can even be used if you want to make 2D games! When it started off, the performance of the 2D games was not really good if compared to other tools dedicated to creating games.

However, nowadays it can even be considered one of the best 2D game development engines in the market. This was one of the biggest focal points in the tool’s evolution in the past few years.

Even though it requires you to have some programming knowledge – more specifically in the C# language – it offers a wide array of documents, tutorials, and a widespread community that shares tips and tricks for you to use Unity to its full potential.

Unity’s main advantage when compared to other tools is its compatibility with almost all types of platform available. Android, iOS, Facebook, HTML5, Windows, and Mac are just a few examples, but you can even create games for gaming consoles and even VR games!

GameMaker Studio 2 is the best of the game design software if you’re just starting off. Unlike Unity’s case, GameMaker Studio is particularly geared towards 2D games, and so it is indicated only if your game will be in 2D.

The platform makes the task of importing animations, models, and fonts much easier, and it lets you compile your game so it is compatible with Windows, HTML5, Android, iOS, and more.

Each of its versions costs a different amount, ranging from $100 to $1500, depending on what platform you want to release your game. GameMaker Studio 2 offers a free trial version, but the game can only be released for Windows. Follow this link to the official website to learn more.

With a very similar premise to Construct 3, Stencyl also lets you start developing your new game without knowing anything about programming. However, unlike Construct, the platform does let you change up the code in your game if you like.

The software offers a map and world editor to create your game’s environment, as well as a character creator and editor to populate your game, making it one of the best options to design your game!

It lets you create your games in the old Flash Player for browsers, for Android, and for iOS, as well as a lot of other platforms! To learn more about Stencyl, go to the official website. 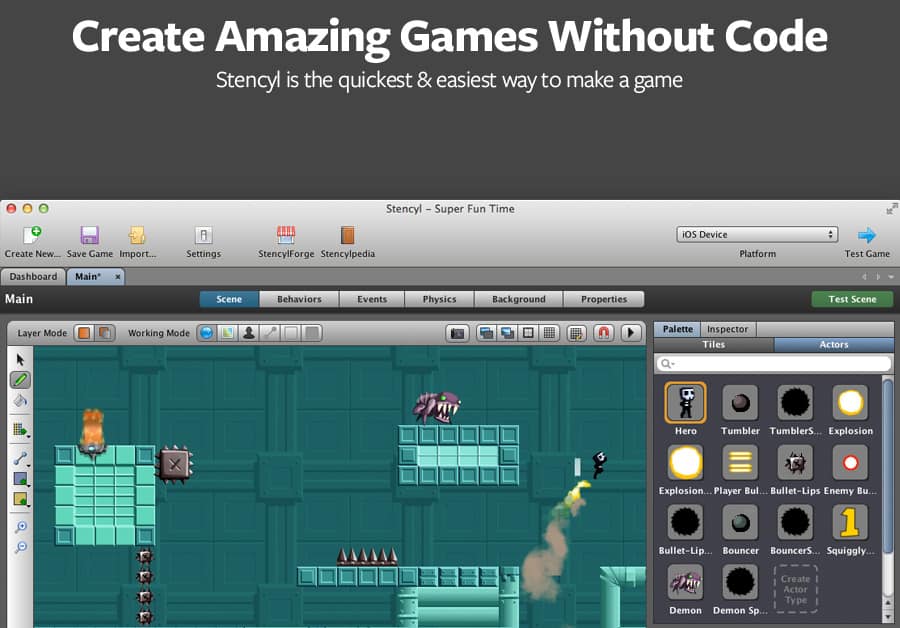 Finishing off our list we have Unreal Engine 4, one of the best and most important game design software in the market. This option is used by indie developers and large game studios alike. It was created by some of the biggest names in the industry, and it is one of the most complete tools to design your game.

Even so, it does let you develop your game without using any lines of code. Unreal Engine 4 is one of the tools that have the biggest number of tutorials to teach game developers to use its features to the best of their abilities. It even has a YouTube channel with hundreds of videos!

Even better: Unreal Engine 4 is entirely free to use, and it will only charge you a 5% royalty charge for your game if it makes more than 3000 USD in a trimester. Follow this link to learn more about it.

Which of the best game design software do you regularly use?

Have you started creating your own game? Which tools are you using for the job? Let us know in the comments which ones are your favorites, and don’t forget to also check out the best PC software and the best free Android apps!