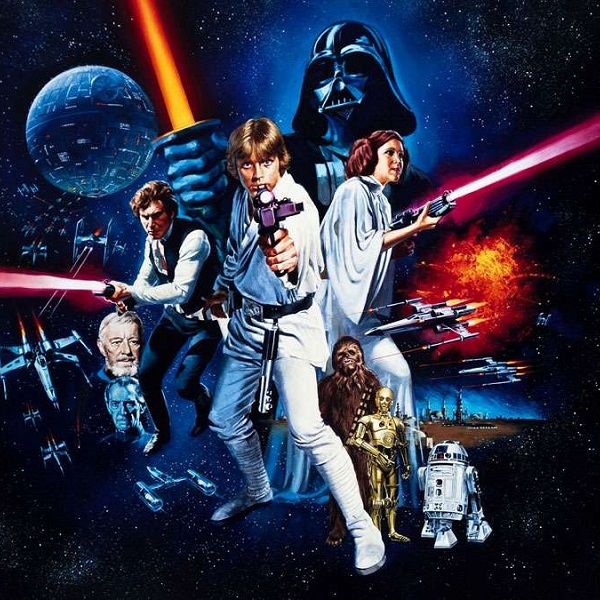 15 best movie trilogies you can binge-watch


Even though there are a lot of great shows to binge watch on Netflix, one of the best websites to watch movies, sometimes we simply feel that urge to watch a good movie. There’s nothing better than movie trilogies to spend a whole day on the couch just watching the best ones and having a good experience, even more so when you have to stay at home.


There are some really good options when it comes to video streaming services through which you can watch both movies and TV shows. In this article, however, we will recommend the best trilogies you can watch!

If you’re curious about which ones actually are the best movie trilogies you should binge-watch, you can do so by checking out our list down below. All the options are well-detailed so you can make a good choice!

Tip: if you want to watch these movies while offline, learn here which ones are the best movie download apps, many of which you can also find among the movie streaming apps on iPhone!

Starting off our list, we have the classic Start Wars trilogy. We are aware of the two other trilogies that are a part of this saga, both the prequel – the ones that explain the origin of the villain Darth Vader – made by George Lucas, and the sequels that take place after the classic trilogy, and which was made in a much less organized way, by Disney.

Since both of those are very controversial on their own rights. we will recommend only the original one that until today is well-loved by the fans of the franchise. In this saga, we follow Luke Skywalker’s adventures while he is training to become a Jedi Knight to confront the empire that dominates the galaxy. 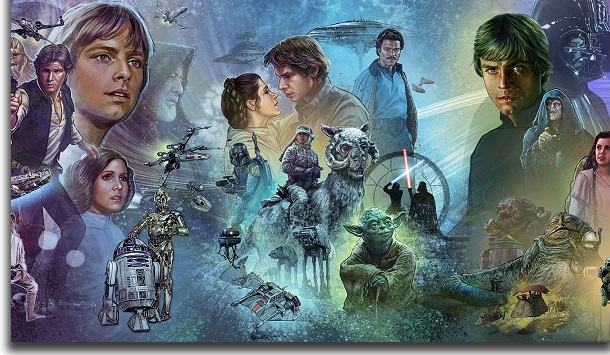 Even though it was released so long ago, the The Matrix trilogy is quite modern and relevant up to this day, and so it is one of the best movie trilogies available. Throughout the movies, we see Neo and his followers doing all they can to face the computer network that has created a virtual reality in which all of humankind lives unaware.

There are those who aren’t really into the second movie, but overall it definitely is a trilogy that’s definitely worth checking out. And just so you’re aware, a new, fourth movie is set to be released in 2021, and is produced, co-written, and directed by Lana Wachowski, one of the original creators!

3. The Lord of the Rings

If you’re a fan of the work of J. R. R. Tolkien, you simply can’t miss the trilogy that was made drawing inspiration on the books written by him. Unlike what is common in book adaptations, these movies do their best to deliver a flawless and amazing result.

In these movies, we see the journey Frodo (and many other characters, of course) has to take to destroy The One Ring, made by Sauron. It is really difficult to sum up the entire saga, but we can ensure you’ll have a great time watching it, even if you haven’t read the books!

And, since we’ve already talked about The Lord of the Rings, here we have yet another of the best movie trilogies you can binge watch. The Hobbit also draws inspiration from a much shorter book by Tolkien that most definitely didn’t need to be split in three parts. But, since it is a trilogy, it qualifies to take a spot in our list.

Even so, these movies are more than worth watching if you are a fan of this universe and its characters. It’s good to keep in mind that The Hobbit is set before what happens in The Lord of the Rings, in a way it is sort of a prequel, just like you can find in Star Wars.

A huge hit in the 1990s decade was Jurassic Park. As you are likely aware, the movies in this trilogy show some dire negative consequences that stemmed from building a huge dinosaur park in current days (or actually, way back then).

The first movie is still the best by far, but the other two are honestly really fun to watch. And, if these three aren’t enough for you, there are some newer films in this franchise, although they’re hardly connected to the original ones, and they aren’t as good.

If you like the extremely famous man dressed as a bat by DC Comics, you’re likely expecting to find it among the best movie trilogies you should binge watch. He has been in a myriad of movies throughout the years, but here we are talking about the trilogy directed by Christopher Nolan, which was huge in the 2000s.

It tells the origins of Gotham City’s hero, as well as some other amazing adventures. Among them is his clash against the infamous Joker, portrayed by the now-deceased actor Heath Ledger, who was widely considered to be the best to ever play this iconic villain. It is totally worth watching, even if you’re not that into superhero stuff.

Taking into account the huge number of The Spider-Man movies around, it is good to mention that we are talking about the trilogy that was released in the early 2000s. Here, Peter Parker was still portrayed by Toby McGuire, and the movies were directed by Sam Raimi.

Since none of the other installments of the Spider-Man were actually part of a trilogy, this somewhat older take on the hero is still a good choice to check out. Even so, it has some extremely weird and uncanny moments, as well as an ending that left much to be desired.

Another of the best movie trilogies for anyone who loves Marvel superheroes is the one about Captain America. The first and the second movies can actually be watched even if you haven’t followed the other Marvel movies, but for the third one it is good to watch The Avengers and its sequel, Age of Ultron.

Broadly speaking, the movies tell the story of Steve Rogers, how he came to be Captain America, and all the challenges he has to face after enduring this transformation. Among them, is the fact he now finds himself in a much more modern world than he was used to. These are some of the best you can find in the Marvel Cinematic Universe, so check them out!

A true cinema classic, the The Godfather trilogy is one that everyone should watch at least one time. The first two movies were released one relatively shortly after the other, but the third and final part took over 25 years to come out!

The saga tells the story of the Corleone family, with a special focus in Michael. He needs to take the place of his father in his mafia business dealings, even though it is against his will.

Here we have yet another of the biggest and most famous classics in our best movie trilogies to binge watch. Specifically, we’re talking about the original three. They tell the tales of the archeology professor, and they are extremely worth watching, even more so for those who haven’t watched them.

Technically, it is not a trilogy, since a movie was released in 2008, and another is set to be released in 2022. However, given the differences the 2008 installment has, and the bad critic reviews, we feel it fits swiftly in this list.

Another really well-known trilogy in this list, and one of the best and most highly recommended ones is Back to the Future. It is actually very likely you’ve watched at the very least one, if not all three, movies in this very popular franchise.

In the movie, we follow the young Marty McFly in his travels to different time periods. Pretty much all the trips end up revolving around his family, in a way or another, whether it is in a very distant past or in a really near future. It is an amazing option for anyone who is into SciFi!

The Before Sunrise franchise is one of the best movie trilogies you really should binge-watch, even more so if you’re looking for something a bit more romantic (check out the best smartphone dating games).

That is because it tells the story of Jesse and Celine, two young people who meet in a train in Europe and then decide to spend the entire night chatting before each has to go away to a different country.

Each one of the movies shows these two in different stages of their lives and all that happened after that first fateful encounter. Since there’s a very large and very real time-gap between the movies, it makes them even more enticing!

With so many different options in our list of movie trilogies you can, and should, binge-watch, we simply had to include one of the best horror movies. The Scream trilogy is certainly one of the best options for this genre, even though not all of the movies are that great.

At least all of them are really interesting and have their own very tense moments. For anyone who is unaware of the plot of one of the most iconic horror films, it’s about a masked serial killer who keeps chasing after the protagonist Sidney and her family.

A trilogy that was particularly successful in the 1990s is The Mighty Ducks. These very high-spirited movies show the juvenile hockey league called The Mighty Ducks, which is trained by an old professional player that was forced into early retirement due to an injury.

When it was originally released, this movie was actually responsible for making using hockey skates much more popular. Beyond that, it became common for a while to see shirts and caps with the logo of the team everywhere!

15. The Silence of the Lambs

Finishing off our list, we have an amazing recommendation for those into suspense: the The Silence of the Lambs franchise. This is easily one of the best movie trilogies to watch, even though it might be somewhat unconventional.

It is another one that took several years to be actually finished, and it doesn’t even have the same actors in all of the movies. The movie follows the serial killer and cannibal Hannibal Lecter, including both his crimes and how he helped the police.

Did you like any of the best movie trilogies to binge watch?

So, did you learn of any good trilogies you were unaware of? Let us know in the comments which one is your favorite, and don’t forget to also check out the best apps to watch anime, the video websites like YouTube, and the best couch co-op games!