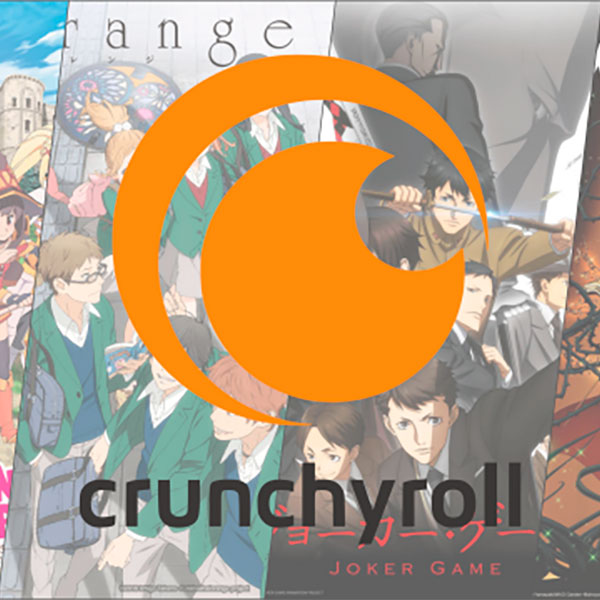 9 best apps to watch anime on Android and iPhone!


Japanese animations have been growing in popularity non-stop and even some TV shows have been making references to some animes. If you’re curious to know more about what animes are, if you know someone who really enjoys them, or even if you’re looking into them for a loved one, we’ve selected the best apps to watch anime on your Android or your iOS device. Check out down below!

The first option among the apps to watch anime is probably the best you’ll find. Amazon Prime Video is an incredible streaming service developed by the largest e-commerce company in the current days.

In its website, you can find an enormous variety of content, from movies and TV shows to anime, including a lot of original content. Examples of the animes you can watch here include Dororo, Inuyashiki, Re:CREATORS, Shingeki no Kyojin, and Steins;Gate, among many others. Follow this link to start watching right now!

One of the best options when it comes to watching anime is Crunchyroll, with a service model very similar to that of Netflix, but specialized in Japanese cartoons. In its catalog, you can find many classic options such as One Piece and Naruto, as well as newer animes, such as Yuri on Ice and My Hero Academia.

Crunchyroll is a paid subscription service, but if you’re new you can get a 14-day free trial. Follow this link to reach the website and learn all about what it offers!

Even though it is particularly focused in movies and TV shows, Netflix can easily be considered to be one of the best apps to watch anime, since in its large collection it has a lot of this genre.

The platform has brought this type of animation to its catalog with some extremely well-known options, such as One Punch Man and Bleach. And, as you can expect, there a few Netflix exclusives. Among them, you can find Voltron: Legendary Defender and Knights of Sidonia. Follow this link to see more about Netflix and sign up for one of the best websites to watch movies!

Another incredible option for you to watch all your favorite anime is HIDIVE. It might not have the biggest amount of options from which you can choose to watch, but since there are just so many anime movies and shows you could find some you can’t on the other alternatives.

On its front page, you’ll quickly see all the series and movies that are trending, as well as being able to use the search bar at the top to, well, search. Its biggest downside is that its interface is limited and not exactly easy to use. To download it, go to the Play Store!

CONtv is a pretty good alternative where you can not only find anime, but also many comics for you to watch. Its catalog is extremely large, with all sorts of genre of anime, and it is also one of the best movie download apps you can find.

It certainly is one of the best apps to watch anime, using its extremely simple interface. It is free to use but has a premium version where you can not only use Chromecast to watch anywhere but also remove ads and even unlock a lot of extra content. Follow the link to the website to see more!

Even though we’re talking about a list of apps to watch anime, Rakuten Viki can be considered a closely related exception. It might not offer any sort of animation in its library, but this streaming service is specialized in TV shows, movies, and soap operas broadcast across Asia.

Here, you can easily find a lot of K-dramas, for instance, a category that’s been getting more and more popular even on Netflix. This is a great option if you’re a fan of anime, but want to diversify a bit. Follow this link and learn more about Rakuten Viki.

Unlike all the other apps to watch anime shown so far, It’s Playing is not a streaming platform. Instead, it is a video player made specifically for iPad owners who feel limited because the native video player only being able to play MP4 videos (and of course, anime), which has become very uncommon.

It’s Playing works with a lot of other formats, such as AVI, MKV, and MOV, for instance, so it is a great alternative if you want to watch your anime offline. To download the app, just follow this link!

Funimation is another excellent anime streaming platform, available both on Android and on iOS. You can use it completely for free, although in this case, you’ll have to deal with a few ads here and there. You can also choose to pay for a monthly subscription to remove them and gain access to a lot of extra anime and exclusive content.

It is worth mentioning that Funimation is an official broadcasting source for some anime, one of the main Japanese cartoons distributors in the US. It is worth checking out so you can have access to some of the most popular titles, such as Attack on Titan and My Hero Academia. Download on the Play Store or on the App Store! 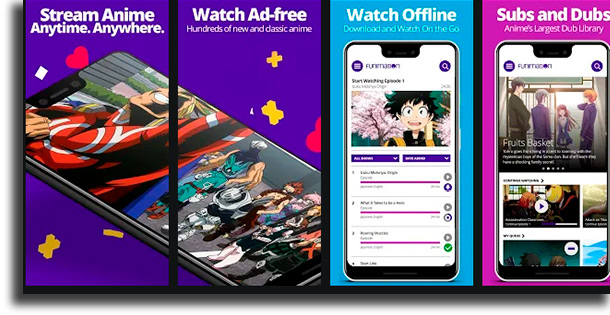 FInally, we have Hulu, an incredible alternative among the best apps to watch anime. It offers a lot of content others than those made in Japan, and it is by far one of the strongest competitors to Netflix.

You can watch it for free, although you’ll have to deal with ads, or you can choose to pay for a subscription to remove them. If you can use it (since it is restricted in many areas of the world), download it right now for Android or iOS!

Do you already have any of these apps to watch anime on your device?

Even though there aren’t many options, the apps to watch anime and Asian TV have such a large range of content that you couldn’t watch everything in a lifetime. So, it is worthwhile to check out the release schedule for them and start watching!

Do you already have any favorites? Let us know in the comments and don’t forget to also check out the best Android games, the best IPTV options, and the websites to download games!