All you need to know about Web3


Ever heard of Web3? Do you know what it means? How about knowing all about Web3 now?


It arrives to revolutionize the way we see and use the internet. As a result, Web3 focuses on the union of work between human and machine. 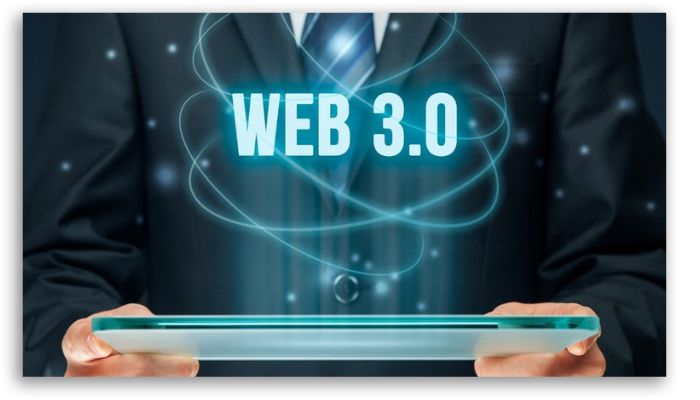 So, what is this Web3 thing and what does it mean in practice?

But, before we show you all about Web3, and everything that involves this universe, it is important to talk about its predecessors: Web1 and Web2.

Web1, the beginning of everything 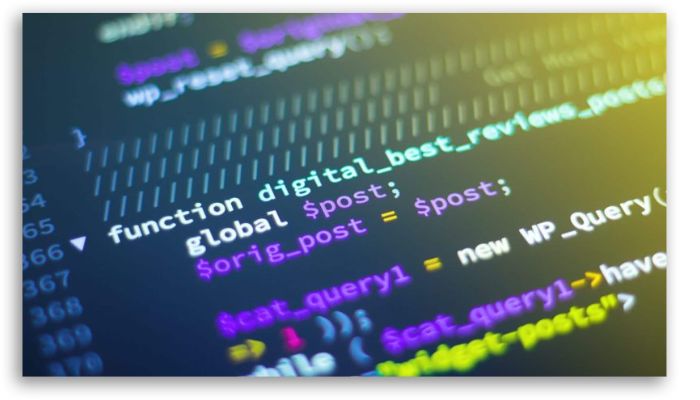 Created in 1989 by Tim Berners-Lee, the first internet was the simplest of all.

Its main objective was to facilitate information sharing and connection through hyperlinks – which is still done, for example, for news sites and blogs that bring links in their reports and articles.

However, if you didn’t live at that time, you may not even imagine it, but the internet was exclusive to very few people, as well as computers.

Likewise, the performance of the existing computers was extremely limited when compared to what we have on the market today. Also, the connection was very slow. So imagine the scenario…

At that time, two companies that are still in the market today emerged: Google and Yahoo.

Their mission, above all, was to organize all the content available on the internet. 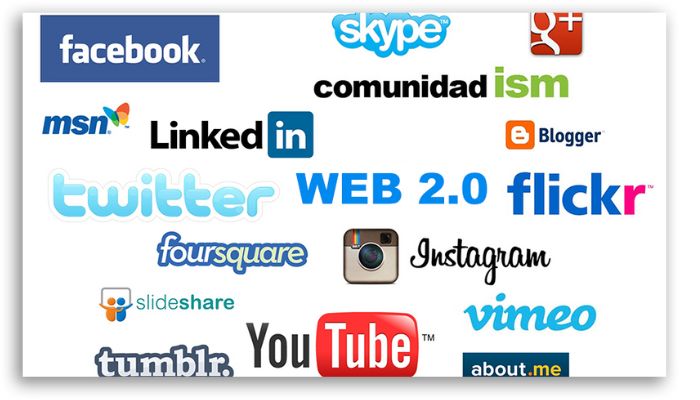 After Web1, which allowed us access to the internet and the incredible possibilities of exploring information and sharing content at a distance, came Web2.

Marked by developing digital platforms to allow user-generated content, Web2 began to be disseminated in 2004.

It is exactly the internet we know today.

Therefore, if Web2’s proposal was to give voice to thousands of people, it did so through platforms such as Orkut, YouTube, Facebook, Instagram, Twitter, Uber, and many other sites and applications that you likely use every day.

Through these networks, we are now allowed to publish videos, texts, and images.

However, if we have the freedom to interact the way we want on the internet, as a result, we pay a high price: the exploitation of our data by these big techs.

And you should know: information nowadays is gold!!

Now, the proposal of Web3 is to unite the best of these two webs – the sharing of information brought by Web1 and the importance of user-generated content, work carried out by Web2.

In this way, it brings the decentralization enabled by blockchain and further strengthens user-developed content.

But what happens in practice with Web3?

The term was used for the first time in 2014 by the British co-founder of the blockchain network Ethereum, Gavin Wood. Web3, although it may seem to be a continuity of the other websites is, in fact, a remodel of the internet that’s based on blockchain, decentralization, and tokenization.

In practice, Web3 would use decentralizaion and user-generated content alongside the distributed ledger on blockchain, and the storage of information, whether financial or otherwise.

In this way, Web3 will allow users to access thousands of data centers around the world, being able to choose who keeps their data and how.

It’s exactly what you know as a “cloud“, you know?

And currently, who leads this market of data storage in the cloud are the companies Google, Microsoft and Amazon.

The first, through Google Cloud, witg 10% of the market; while Microsoft with its Azure has 23%, and Amazon, with its subsidiary AWS, controls 37% of the market.

Amazon, Google, and Microsoft together own half of the world’s 600 largest data centers, according to a Synergy Research Group newsletter. 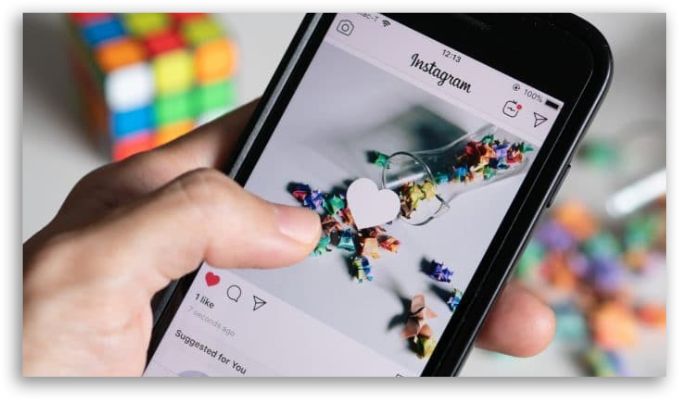 If that were not enough, from now on everything you publish on the internet will be actively registered on the blockchain in NFT format.

This means that you will have full control over your creation. For example, instead of posting a file on a social network server when creating a post, you will just be pointing to the file itself, hosted on the blockchain and tied to your digital identity.

Another advantage of knowing all about Web3 and how to use it is holding the power over your creations. In addition to having your authorship linked to them, you will be able to choose whether or not to authorize any use of them.

This format will make it more difficult for someone to post something without prior authorization.

What needs to be clear with this new internet

A point that needs to be clarified about Web3 is that, with the decentralization of information, all users will be responsible for their data.

But what does this decentralization mean?

For you to understand better, see how the sites and content displayed on the internet are hosted: on centralized servers and controlled by specific companies, correct?

In this way, the concept of Web3 decentralization would be made possible by blockchain technology, in which the content in circulation would be stored in a chain of blocks controlled by a computer network interconnected with each other and responsible for its maintenance and security and not for a single institution.

As a result of this, the internet would not be censored, limited, or have any content removed.

And for this process to occur, blockchain is extremely important.

This is because in the blockchain there is encryption, which makes it difficult to change information without the user’s permission.

But what is blockchain? 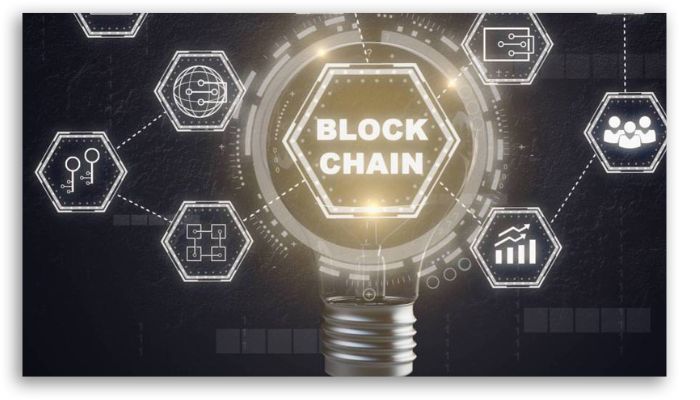 Quite simply, it is a system that allows you to track the sending and receiving of some types of information over the internet.

It’s a kind of online generated pieces of code that carry connected information, just like blocks of data that form a chain.

As if it were a book, where everything is written in an immutable and connected way.

And it is what serves as the basis for cryptocurrencies or digital currencies, being extremely important for ensuring accurate information in a short time.

In addition, everyone involved in the process is able to follow the details of a transaction, which ensures more transparency and trust.

Along with this, through the blockchain, with each new data that appears, it is necessary for a part of the internet users to validate it for it to be recognized.

This is precisely why cryptocurrencies are considered so secure, as well as decentralized.

In addition to cryptocurrencies, blockchain can also be used to validate documents such as contracts and stock exchanges, financial transactions, trading music or movies, tracking remittances, and even votes.

In summary, with blockchain, Web3 allows users to protect their data and have the freedom and ease to “escape” from nuisances, such as those caused by insistent calls from companies that want to offer you something, for example.

Your data is yours and not from companies you don’t even know, as it happens today.

Freedom with your assets

With your data being yours and you having the freedom to do with it what you want, not only can you take your assets to other parts of the network with you, but you can also sell them.

This is yet another economic advantage provided by Web3.

However, for any type of transaction to be carried out, you will need to prove the ownership, origin, and scarcity of these unique digital assets.

And at Web3, the NFTs are the ones who make this bridge with the virtual economy of the Metaverse. 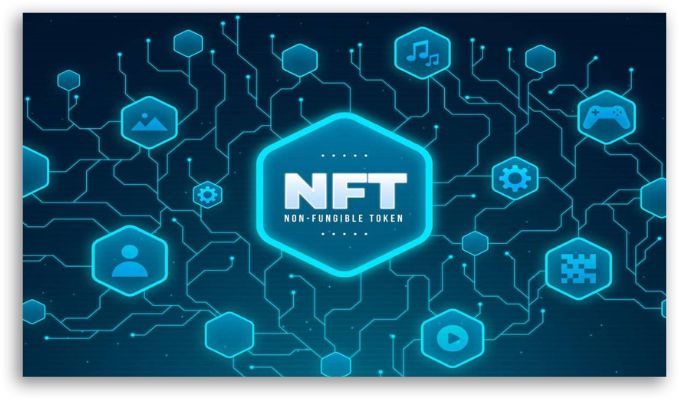 NFTs are codes recorded on the blockchain linked to digital assets that prove their origin, authenticity, and scarcity. Through them, creators can ensure ownership of their works, even if they are digital, and without limiting their free dissemination on the internet.

In addition, it is also possible to have artworks and images registered, proving that this content belongs to you.

But why is NFT important? Because in addition to proving ownership of something, it serves as a certificate of authenticity that ensures that any form of media can be traced back to its origin, thus proving that it hasn’t been tampered with since.

In short: you become the owner of a code, a virtual contract.

And the Metaverse, what is it? 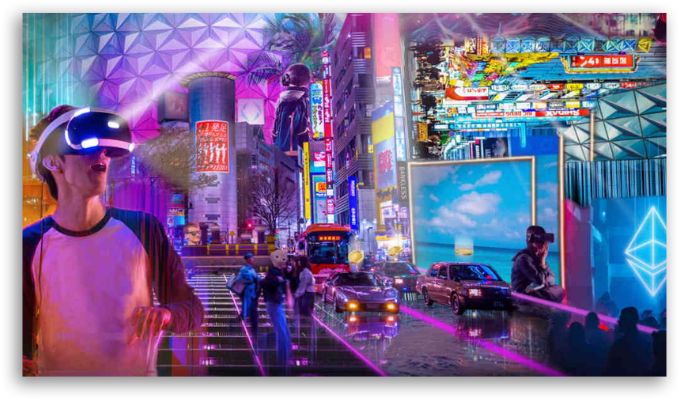 Imagine a virtual reality. The metaverse is a three-dimensional version of the internet.

That is, it is a virtual world that replicates the physical world through digital devices.

Thus, these created spaces provide collective experiences and can use different layers, such as virtual reality and augmented reality.

As a result, these spaces become places of interaction and exchange.

For you to better understand the proposal of the metaverse, see video games, as they are its most popular format.

So, technically, the metaverse is not something real, but it seeks to convey a sense of reality, and it has a whole structure in the real world for that.

But what does the metaverse have to do with Web3? Everything!

After all, it is possible to define that the intention of the metaverse is to be like a “3D Internet”, where it will be possible to communicate, entertain and conduct business in an immersive way.

For example, inside the metaverse, you can have an avatar that will be entitled to buy land, build a house, go to the supermarket, buy clothes, etc.

This proposal is arousing so much interest from companies that Facebook itself changed its name to Meta, in addition, other companies are moving to enter this world as well.

What makes Web3 so interesting 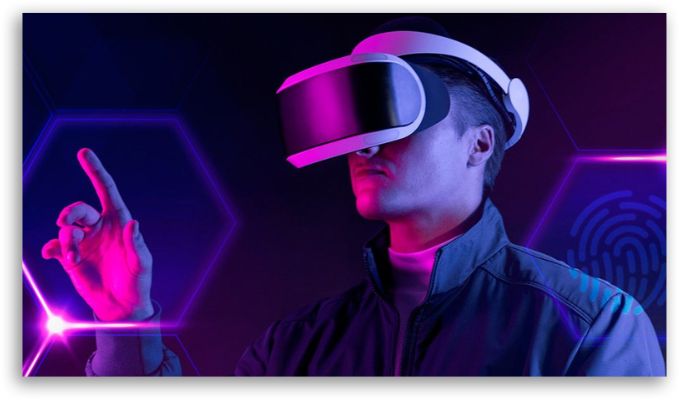 Now you know almost all about Web3, how about knowing its main benefits?

Some of the benefits of Web3 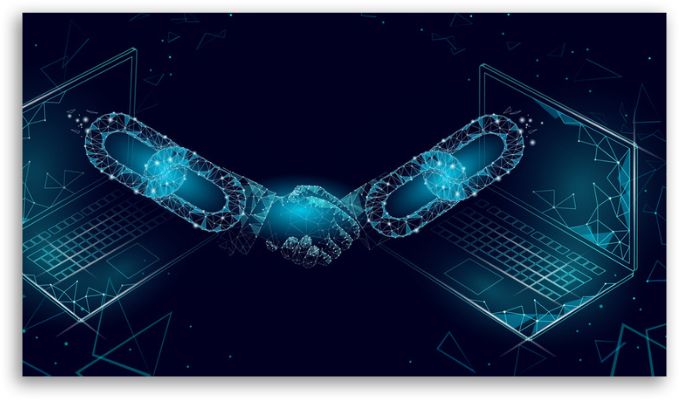 Web3 will allow computers to be able to understand and interpret a much larger volume of data.

As a result, users are able to interact much faster and more deeply with other users on any platform.

In addition, with this new network, we will no longer need complex operating systems or large “hard disks” to store information, since everything will be in the “cloud”, as we mentioned earlier.

Along with that, everything will be faster and more customizable.

Furthermore, as the ultimate goal of Web3 is to create an equitable network and reduce the power of the “giants of the internet”, i.e. companies in the digital technology sector, Web3 stands out:

1. Allowing you to control your data;

2. It is essentially decentralized;

3. Allowing your records to be stored forever, without the possibility of being deleted or restricted by any platform;

4. Offering monetization that will be much more transparent and that anyone can be part of;

5. Being a kind of consortium of different technologies merged through blockchain;

6. It works with “direct trust”, that is, it allows participants to interact directly without having to go through a “trusted” intermediary;

8. In short, it is worth saying that in Web3 machines will collaborate with human beings in a much more effective way than what happens today.

Did you like to know all about Web3 and how it can revolutionize our lives and the world market?