Having your business on social media hasn’t been a new thing for a while. Chances are you’ve already tried creating one yourself or heard of someone gaining a lot of followers on Instagram. But how to know which social networks are most used and that can give the most financial return?

But how do you know which are the most used social networks this year? Check out our list below, created based on the number of monthly users of each social network calculated by the leading provider of business data, Statista. 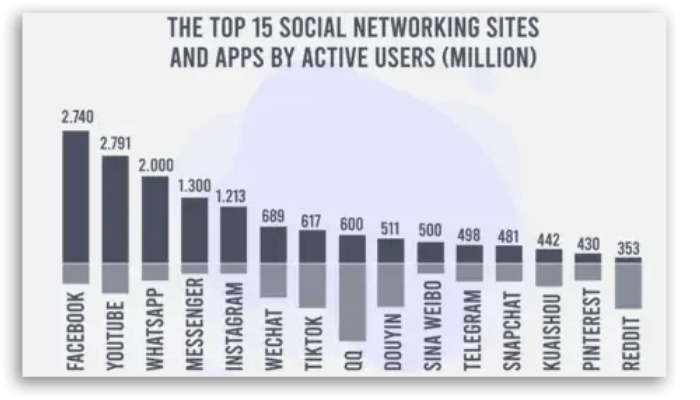 Founded in 2005, this social news aggregator allows users to share the latest news from multiple sources, so other users will interact with the news by voting up or down and leaving their comments.

And if you’re obsessed with niches, Reddit is definitely for you!

Filled with communities, no matter what your interests and where your passions lie, you’re almost certain to find your tribe.

Among the most used social networks in 2022, Pinterest is one of the fastest-growing. There are more than 442 million active users worldwide.

Widely used by professionals who promote their work in the field of architecture, decoration, and services such as weddings or craft production, Pinterest stands out for the high quality of the photos published on it.

The social network also brings paid ads for those who want to invest in advertising through Pinterest and some social media management tools already have social media compatibility.

Pinterest can be downloaded for both Android and iPhone! 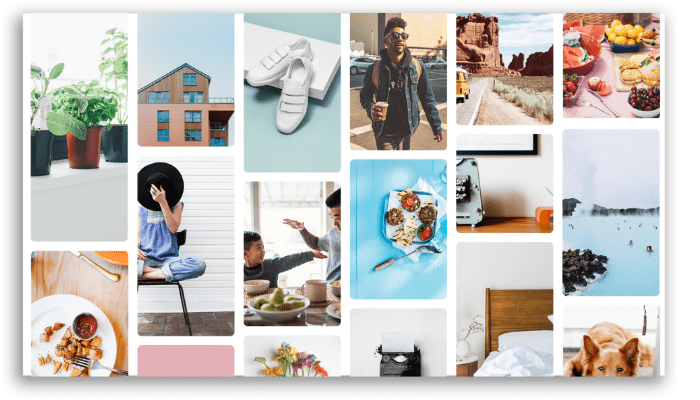 New to our list, this Chinese video-sharing app currently has over 481 million active users worldwide. Known as Kuaishou, it is the second largest video-sharing social network in China.

Its strong approach is focused on relationship and content recommendation. Within the platform incentives are offered, including payments, diamonds and virtual gifts, and Kwai Golds. All this for you to use within the app itself and with the possibility of a cash return for the user in the exchange of rewards or in the indication of new users to the app.

Free for Android and iOS.

The platform that gave birth to the Stories format may have lost its place to Instagram Stories, but that doesn’t mean the app is doing poorly.

Despite the drop in popularity, Snapchat is still the twelfth most used social network in the world with 498 million active users. Snapchat is mainly used by teenagers and brands that sell to this audience. It is worth remembering that it remains very popular in the United States.

Want to start using Snapchat? Then download it on your Android or iPhone!

After years of competing for space among so many messaging apps out there, Telegram is finally growing steadily. Greatly benefited by the recent instabilities of the biggest competitor, WhatsApp, Telegram reached 500 million active users.

It is much safer than its biggest competitors and has much more interesting features.

You can create groups with thousands of people, there are voice chats (instead of just messages) and you have a lot of security measures. The app can be used in practically everything, as there is a desktop app, a web app, and a mobile version for Android and iOS.

The tenth position goes to yet another Chinese application that started as a microblogging site and evolved into the third largest social network in the country, even subject to censorship.

An excellent platform for marketing, it has been adopted by major international brands – especially those looking to enter the Chinese market – journalists, influencers, and everyday people and is available for Android and iOS.

The Chinese version of TikTok – which cannot be accessed outside the country – also entered the list of the top 15 best social networks of 2022, having reached 600 million users.

But unlike TikTok, DouYin has targeted and focused on luxury brands, embracing user monetization. By integrating with China’s popular e-commerce platforms, it was able to provide content creators with a more concrete mechanism to generate revenue from their videos.

Another Chinese app that makes the list is QQ with 617 million monthly users.

This instant messaging app, previously only available in China, is now present in more than 80 countries. Perhaps this demand has increased due to the built-in language translator feature, helping users to communicate with people who speak a different language.

In addition to messaging, other features available are voice calls, video chat, and file transfers. It also has a game center with games for smartphones.

Available for free for Android or iOS, but offers in-app purchases. 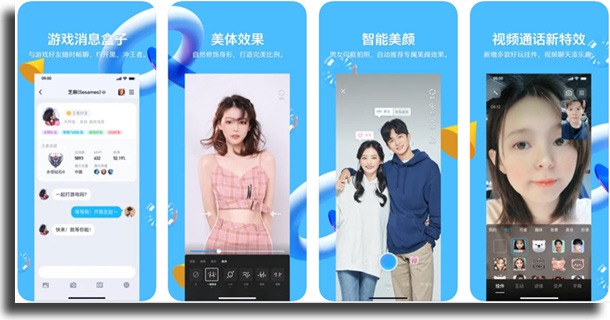 It’s not surprising to see TikTok on the list of the most used social networks in the world. Even after several controversies, the network focused on short videos still dominates a large part of the children and teen audience in several countries.

Currently, it can be accessed in your internet browser or on Android and iPhone.

This version of “Chinese WhatsApp” enters the list of the most used social networks in 2022 with more than 1.213 billion monthly active users.

The platform is one of the most advanced in the world, since, in addition to exchanging messages, it serves to make banking transactions and also acts as a virtual assistant.

Outside the country, however, some of these functions are not available, especially those in the financial area. However, it has its own Stories platform – called Moments – and allows you to make video or audio calls. WeChat is available on Google Play and App Store.

It may seem surprising, considering the great popularity of Instagram. A complete platform that allows almost any type of content, it is one of the most suitable for those looking to promote their brand.

Insta has a wide range of tools for your business marketing strategies or socializing with over 1.221 billion active users. In the feed, you can bring your post ideas to life with one or more photos and videos.

Stories lets you post fun, short photos and videos as well as do live broadcasts. Recently, it has become possible to make lives that are displayed on Instagram and Facebook at the same time.

In other words, Instagram is an excellent business tool! Enjoy and learn about the biggest Instagram photo editing trends for 2022.

Facebook Messenger is the second most used messenger in the world, with around 1.3 billion active users.

It has features very similar to WhatsApp, which has recently overtaken the leadership. It also borrows certain features from other networks, even having Instagram-like Stories. See our comparison between Messenger Stories and WhatsApp Status.

It is compatible with chatbots, which facilitates online service and allows users to easily and automatically schedule restaurants, cinemas, or receive content.

The famous WhatsApp could not be left out of the list. Its position on the list places it as the world’s largest messenger, having recently overtaken Facebook Messenger. It only achieved this feat recently because it wasn’t that popular around the world, only in Brazil and India. But it seems that this is finally changing with the more than 2 billion active users in the world.

WhatsApp allows exchanging text or voice messages, audio or video calls, and also in groups, in addition to allowing you to share photos and files.

It has its own collection of stickers, emojis, and GIFs that you can use with your contacts, for example. In addition, it has its own Stories platform called WhatsApp Status. Learn all about WhatsApp by checking out this complete list of the best apps for WhatsApp.

The second and first places in the list of the most used social networks in the world are very difficult to beat, as the difference between them and the rest is quite considerable. As the world’s largest video platform, YouTube ranks second. There are more than 2.291 billion active users.

YouTube is ideal for anyone thinking of working from home trying to become a digital influencer. There are several apps that help you to be a Youtuber and tutorials on how to make money on YouTube.

The platform allows you to post videos and make live broadcasts. Once you reach the 1000 subscriber mark, you can start monetizing your content through ads. 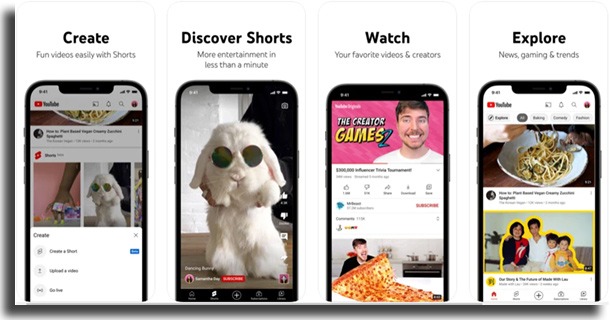 The undisputed champion among the most used social networks in the world has more than 2.9 billion active users. Even with controversies that shook its reputation in 2018, Facebook remains the most accessed social media in 2022. The platform pioneered the “news feed” format, still the most used to this day.

Facebook allows you to create all types of content, whether in text, images, videos, and live broadcasts, in the most indicated and prioritized format by the platform.

It’s worth remembering that if you’re looking to use social media for business, having a Fan Page and learning about Facebook Ads is a must.

Did you like to know the most used social networks in 2022?

Which one is best aligned with your business?

Which one do you prefer as a social network for fun? Share with us!