Skip to content
Tutorial iPhone
“Far out” Apple: discover the news about iPhone 14

“Far out” Apple: discover the news about iPhone 14


Announced by Apple at its annual event, find out what’s the news about iPhone 14 below.


The new iPhone 14 line was unveiled during the annual event in Cupertino, California, the company’s headquarters in the United States. There are four model options: iPhone 14, iPhone 14 Plus, iPhone 14 Pro, and iPhone 14 Pro Max, all 5G enabled. 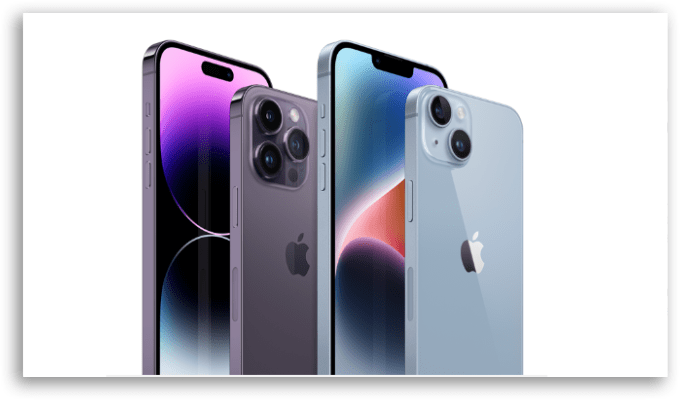 One caveat is that the iPhone 14 does not include a “mini” model.

However, in addition to this news, three new Apple Watch and a new version of the AirPods Pro were also announced.

So let’s go to the details of the iPhone 14 news and then we’ll also talk a little about the Apple Watch and AirPods second generation.

What’s the News about iPhone 14 and iPhone 14 Plus

Let’s start with the simplest models in the line. 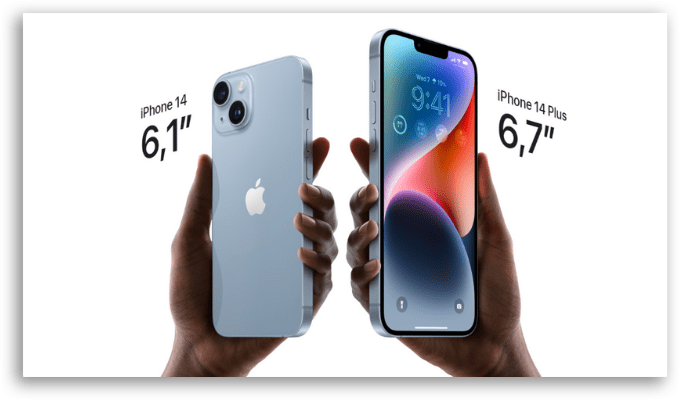 You’ll love the high resolution and color accuracy of the OLED screen, they make everything look crisp and realistic.

Plus, True Tone makes your display easier on the eyes by adjusting to ambient light.

Regarding the chip, both have the same super-fast chip as the iPhone 13 Pro: the A15 Bionic.

This chip has a 5-core GPU that offers all the latest features and makes gaming graphically intense, as well as making AR apps feel ultra-smooth.

An updated internal design offers better thermal efficiency, so you can stay in action longer without getting too hot.

About the look, it follows something similar to the 2021 model, with two rear cameras arranged diagonally and the notch, the region that houses the selfie camera.

Not to mention that the material of the devices continues with the Ceramic Shield (material that Apple says is resistant to drops, also used in the iPhone 13) and with aluminum on the sides.

One of the long-awaited features is always the information from Apple.

The iPhone 14 and 14 Plus feature two 12MP rear cameras, the main one having a larger sensor and an aperture that captures up to 49% more light than the iPhone 13.

According to Apple, this should considerably improve photos in low-light environments, as well as offer better motion freezing. All thanks to the process called Photonic Engine.

The new TrueDepth front camera (12 MP) has autofocus and a larger aperture, being able to focus faster even in low light.

It and the A15 Bionic also power Face ID, the most secure face authentication on a smartphone.

Finally, the color options of the models are a little different.

They will hit the market in five colors: Starlight, Midnight, Blue, Purple, and Product RED. 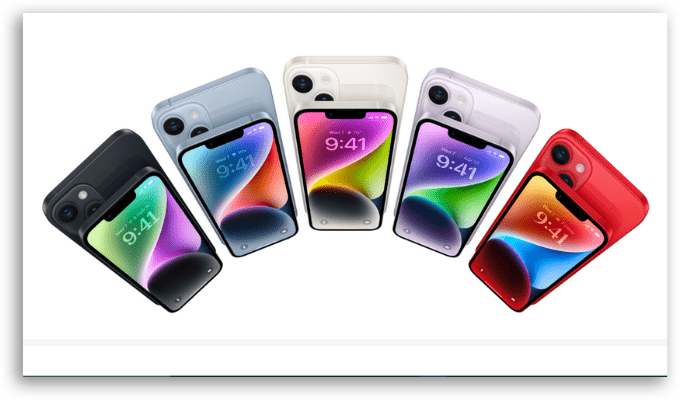 Some of the standard features of the line are detailed below, but now we are going to show you the differences in the Pro devices.

The two Pro models in the lineup have 6.1-inch and 6.7-inch screens, respectively.

On both devices, there was a reduction in the selfie camera notch, an area that will be used in system animations, such as audio calls and notifications. 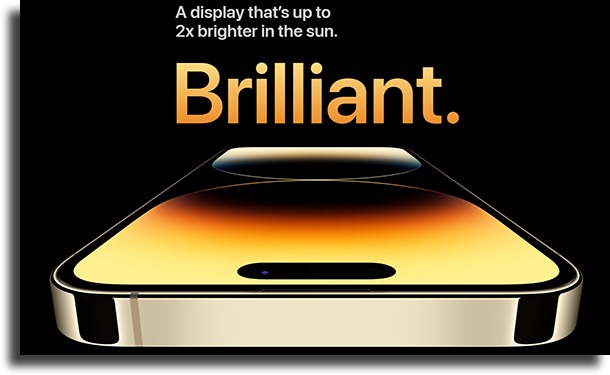 Inside, they have the A16 Bionic chip, according to Apple the most sophisticated ever released by the company and 60% faster than competitors. Additionally, this year’s Pro variant iPhone 14 models include a 120Hz refresh rate.

Now the biggest improvements and news on the screens of the iPhone 14 Pro models are the Dynamic Island and an always-on display, that is, “always on screen”.

With it, your screen will always be active to display widgets and other notifications on the lock screen, something that Android users already have.

Each alert has unique animations for different alerts and apps. 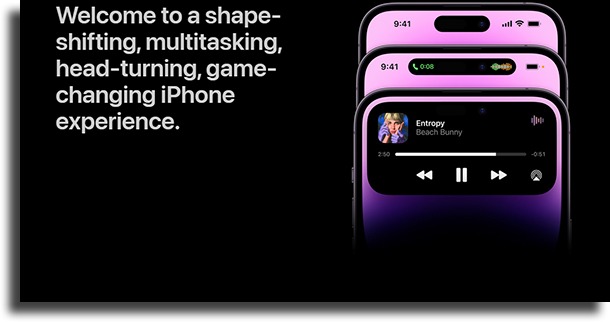 The 48-megapixel main camera sensor relies on quad-pixel technology. This sensor combines four pixels into one at the time of the photo, increasing the quality when they are taken in low-light environments. 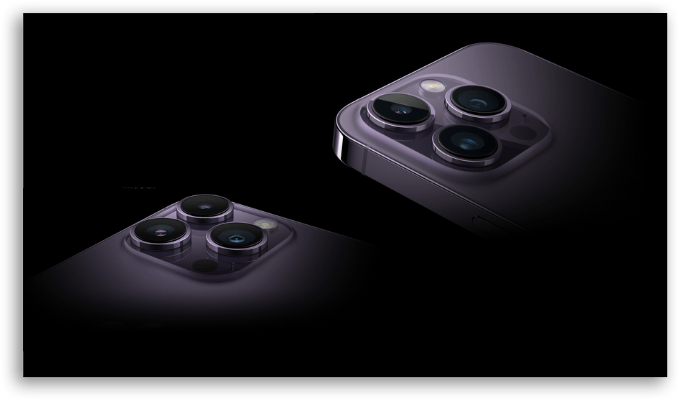 In addition, this photo ends up taking up less space in your storage, as it comes out with the size of a 12 MP photo. Now, if you want to take 48 MP images, just activate the ProRAW feature, an excellent option for those who prefer to make fine adjustments with an image editor.

The new A16 chip allows for even more pixels and detail in each photo, allowing for extremely high resolution.

Some new features of the iPhone 14 line are present in all models, such as Emergency SOS. A system that connects the iPhone with satellites in an emergency.

The idea is that the smartphone can have some kind of communication in places without an internet connection or cell phone signal. So you can call for help even without a signal from your carrier.

However, this novelty will be available from November, only in the United States and Canada. Further, it’ll only be free for the first two years. After, you’ll need to pay a monthly fee.

In addition to this feature, the devices also gained an accident detector that can even identify a car crash, for example. 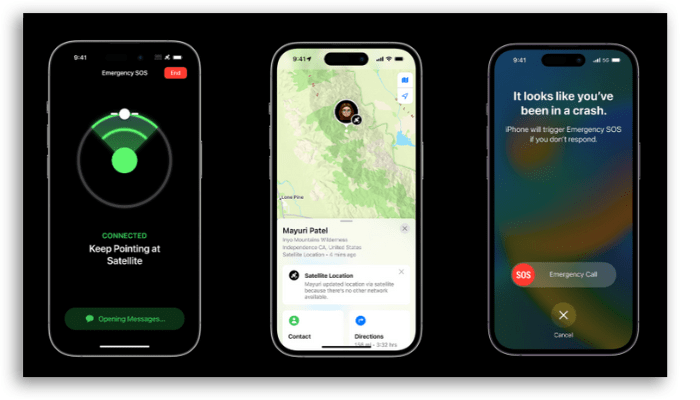 In this case, the devices trigger rescuers and user emergency contacts on its own. The functionality is also available on the new Apple Watch.

In addition to the new models of the iPhone 14 line, some other devices also gained new features and we are going to talk a little about them now.

With a look very similar to the previous model, the Apple Watch Series 8 brings, as its main novelty, the possibility of temperature detection.

Monitoring every five seconds detects variations of 0.1ºC and works even while the user is sleeping.

These records are tracked through applications on the device or by the iPhone and are generated by sensors close to the skin and below the watch screen.

In people who have periods, this functionality can help to monitor the menstrual cycle.

An improved version of the most basic model in the range, the Apple Watch SE, was also unveiled. Due to the same processor as the Apple Watch Series 8, this model according to Apple is 20% faster than the previous version.

And the third model presented was the Apple Watch Ultra, designed for athletes. This titanium-coated device is more complete and robust.

It has a new button on the side and a battery that lasts up to 60 hours considering the same charge in battery saver mode. 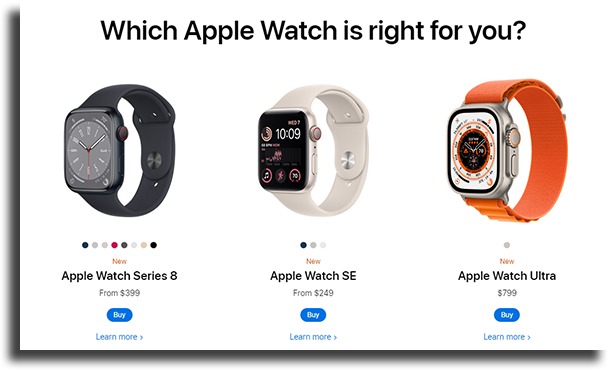 In both models Crash Detection is present. As detailed above, with it the smartwatch will be able to detect a car accident and connect you with emergency services.

Finally, let’s talk about the second generation of AirPods Pro that has gained a new chip.

The new Apple-designed H2 chip is the driving force behind the AirPods Pro and its advanced audio performance. It promises twice as much active noise cancellation as its predecessor, working in tandem with a custom-built driver and amplifier.

The new touch sensor on the stem allows the user to manage functions such as volume control, changing tunes, and answering calls by swiping up and down with ease.

It is also possible to perform these actions with voice commands to the Siri virtual assistant. 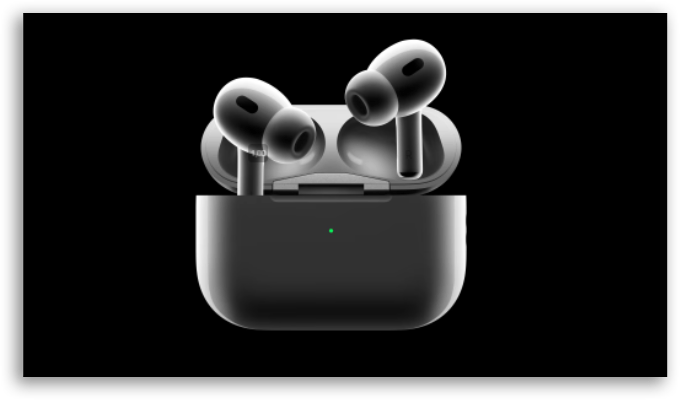 In the United States, the prices are as follows:

Then share the article with that Apple fan friend and take the opportunity to see it too: