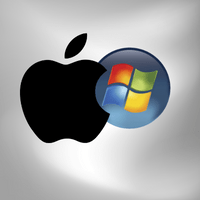 5 reasons why Windows is losing users to Apple


Even after Microsoft surpassed Apple in market value last year, still Windows is losing users to Apple. Microsoft saw its shares soar after the competitor’s shares fell, being valued at $2.49 trillion against the iPhone company’s $2.47 trillion.


The first time Apple overtook the creator of Windows in market value was in 2010, when the iPhone made Apple the leading consumer technology company.

However, even with the scenario looking favorable to Microsoft, are you wondering why more and more people migrate to Apple?

Check out the 5 reasons Windows is losing users to Apple below!

When we talk about design, usually the main concept that comes to mind refers to the visual image and appearance. However, when it comes to technology, we also need to consider in this analysis a very important item: the programming architecture.

Architectural design is concerned with understanding how a system should be organized and with the overall structure of that system. Combining software components with their properties and minimizing potential problems is par for the course. 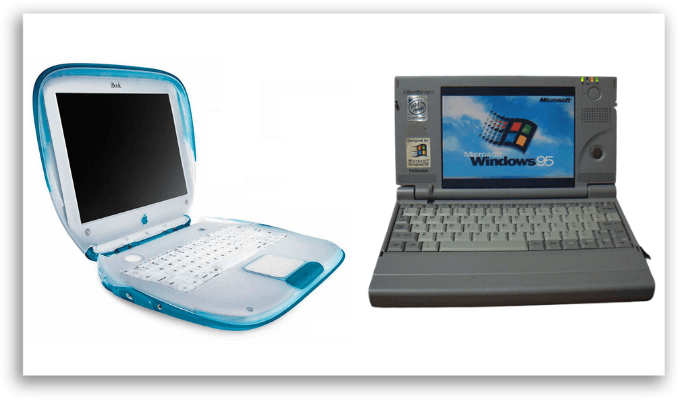 A pioneer in this type of technological innovation, Windows took the lead, contributing with innovations such as the CD-ROM drive and changes to Intel Pentium processors, for example. In contrast, the appearance of the brand’s laptops has changed over time. Some users are even able to identify the year a model was released taking into account only the visual standard.

On the other hand, when we look at Apple we can see these innovative design concepts sticking around for years. Both in terms of aesthetics and the architecture of the programming of components and parts. MacBooks, for example, have a timeless and elegant appearance, with components meticulously built to be a fast and powerful machine. Not having a remarkable identity is one of the reasons Windows is losing users to Apple.

Another important point to consider, which has a direct bearing on the appearance and creation of a brand identity, is that the Windows operating system is associated with several manufacturers. Many software companies simply don’t have the resources to develop two different systems, so they choose the one with the most users, like Windows, for example. The MacBook, with its slim architecture, is built to keep things simple when using your computer while optimizing the hardware resources of your iMac to deliver the best performance.

As such, we can conclude that many differences are purely aesthetic, but others are significant, including the built-in system tools, available applications, and overall usability.

Perhaps the biggest differentiator is the ease of integration of Apple components compared to Microsoft. While iCloud delivers a universe where all your devices live in harmony, OneDrive cannot integrate into every operating system.

Apple’s features and peripherals, using iCloud integration, can work seamlessly and simultaneously, adding compatible features that fit together and transform the customer experience. Features like iMessage, Handoff and AirDrop break down sharing barriers and enable greater mobility with simplified connectivity. A true integration of services and devices in this wonderful ecosystem.

On the other hand, as it is widely used in professional environments, OneDrive may end up lacking in this regard, even though it has the main toolkit in terms of usability, including Word, Excel and PowerPoint. The cloud could very well be one of the reasons why Windows is losing users.

One of the biggest current concerns of users are security and privacy issues. From this point of view, both Apple and Microsoft are positioning themselves quite well and constantly releasing updates to fix security flaws.

With the pandemic and the increase in the use of technologies, applications and platforms, Microsoft consolidated Microsoft Defender, a software that removes malware, trojan, spyware and adware installed on the computer. Many security and privacy features and products have been recently added to Defender to create data classifications that can be used to protect the privacy of your collaborative tools. Windows is losing users largely because of concerns such as these.

On the other hand, Apple offers users quick ways to opt-out or opt-out of tracking their personal data in App Store apps. In this way, maintaining high security standards for third-party apps available on its official store and implementing privacy labels. All of this maintains users’ positive perception of the brand, favoring its growth at a time when we are all concerned about the exposure of our data.

And this may be one of the most significant reasons why Windows is losing users to Apple. So let’s see the next one.

The image of an environmentally correct company nowadays is no longer a novelty or even a differential. Companies from the most diverse fields of activity are concerned with consumers’ perception of how their attitudes and values ​​are aligned with sustainability. In this sense, Microsoft, even having positioned itself before Apple with regard to the commitment of repairs, remains dependent on others. The perception of user satisfaction ends up being associated with the image of the manufacturers of devices that use Windows.

And you, have you heard about this repair commitment?

This US bill requires companies to disclose information about their products, guaranteeing consumers the ability to carry out their own repairs. This initiative would undermine companies’ incentive to customers to buy new products rather than trying to fix their old devices. In the end, this would minimize the culture of consumerism and the environmental cost of production at a time when climate change is a growing concern.

However, as we explained above, this positioning of Microsoft is dependent on the manufacturing companies. It might very well be that Windows is losing users because of that.

On the other hand, considering its unique operating system, it is more accessible for Apple to keep control of processes like these. In addition, the company avoids hostile substances such as arsenic and mercury in the composition of iMacs, for example, using aluminum and glass in its manufacture, making it easily recycled in recycling centers. Likewise, the iPhone 13 marks a major turning point in Apple’s commitment to reducing its overall environmental impact. Almost all the products were made with some kind of recyclable material, from the packaging to the components.

Finally, you can still take advantage of the free recycling program that the company offers in the form of gift cards for old equipment that still has value.

What makes a product to be considered a symbol of ostentation and wealth? For a long time, the lack of financial accessibility to the devices sold by Apple led to the elitist positioning of the brand. As with some brands of vehicles, clothing, jewelry and other products, the vision that consumers in general have of Apple product owners is that of a community of wealth individuals with disposable income.

Far from these selective wheels, Windows has always been within everyone’s reach, and especially within companies and corporations. With tools that are widespread and in common use such as Word, Excel and PowerPoint, the brand has reached a large part of consumers as part of their routines.

Far beyond selling products, Apple offers a pass to a community of status and this apparent wealth. Striving for the look and concept of the brand, it goes even further by releasing manuals and rules for the use of its products in the media. Attentive and always standing out for the positive attitude, certain rules value the exhibition of their products always alongside the good guys in movies, for example.

Despite everything, these two tech giants dominate and set trends. While one appears with its most accessible releases in the current situation, the other prepares revolutionary products, but both with a focus on conquering the next generations, within the standards of sustainability, privacy and timeless designs.

How’d you like reading about why Windows is losing users to Apple?

How’d you like this read? Was it informative? Did you take something out of it? Do you have something to add? Comment down below, let us know what is your choice for now!