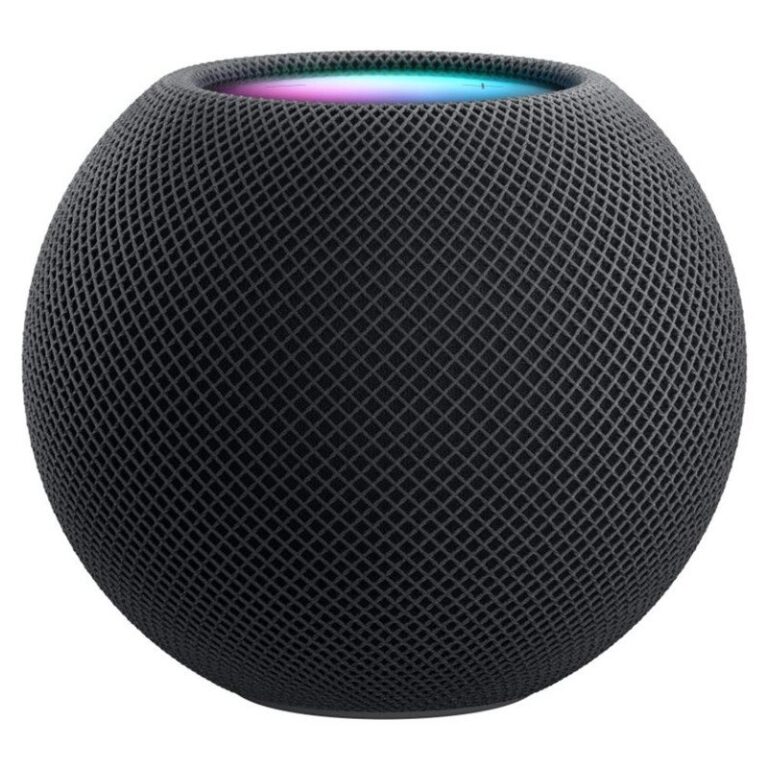 
The HomePod Mini was released this year by Apple during “Unleashed”, its second-biggest hardware event that took place in September, where the Macbook Pro 2021 and the AirTags were also released.


It offers seamless integration with your iOS and Mac devices, making it easy to stream your music and control your HomeKit home via Siri.

A tiny but powerful speaker system delivers a room-filling sound.

Plus, extras like stereo pairing make it the ultimate smart speaker for those who integrate with the Apple ecosystem.

The HomePod Mini is a lighter version of larger smart speakers that do the same job.

First, the HomePod Mini features technologies not found in the original HomePod.

Apple has made more colors available and now also has options in white, space gray, blue, yellow, and orange.

The HomePod Mini features a spherical fabric-covered design with a flat lid that has a backlit touch interface to activate Siri and control the music.

The Ultra-Wideband technology allows the execution of activities based on proximity on devices equipped with the U1 chip or with UWB support.

Ultra-Wideband is a short-range wireless communication protocol that uses high frequencies that can provide spatial and directional data.

Its advantage over existing technologies is that it is much better in a range with greater precision.

In this way, it is possible for two UWB devices to know where the other is far more accurately than Bluetooth or GPS.

Another technology found is Thread support, meaning they don’t need a hub to connect, just an intelligent network standard.

In this way, the devices are able to “talk” in a much faster and stable manner.

In short, if the connection of any device is unstable, the others will continue to work, without any interruption.

This is because Thread technology allows them to retrieve it automatically.

HomePod Mini works with other Apple products like iPhone, Mac, or Apple TV.

However, it is incompatible with the Home Theater feature in Apple TV 4K.

You can still use HomePod Mini to listen to stereo audio with your Apple TV.

Plus, just bring your iPhone closer to the HomePod Mini and sync what’s playing to keep listening to one or the other automatically.

In addition to the existing Siri support and the Intercom feature, the HomePod Mini gained some virtual assistant-related improvements, such as:

How does HomePod Mini work?

In addition to working with Apple Music, the device also supports podcasts, radio stations from iHeartRadio, radio.com, and TuneIn.

Also, it has support for some third-party services like Pandora and Amazon Music.

You can pair two devices to create a stereo pair with left and right channels for rich sound.

It is equipped with an S5 chip and works with software designed by Apple to analyze the music you are playing to optimize the sound.

Although there is less hardware inside the smart speaker, Apple reports that it uses the same acoustic principles as the HomePod.

In that sense, it has an acoustic waveguide to direct sound down and away from the bottom of the speaker for a 360-degree audio experience.

According to Apple, the HomePod mini can deliver consistent sound almost anywhere in a room, mimicking the tones of a larger speaker through computer audio.

A set of three microphones is designed to hear Siri commands, and a fourth microphone that faces inward isolates the sound coming from the speaker for better voice detection when music is playing.

With access to over 90 million songs in Apple Music’s global catalog and deep integration with your Apple devices, the HomePod Mini is a very handy speaker for iPhone users.

Did you like this Apple news the most? Tell us what you think in the comments. And don’t forget to also check out all about Echo Show 15 and Astro, Amazon’s household robot!