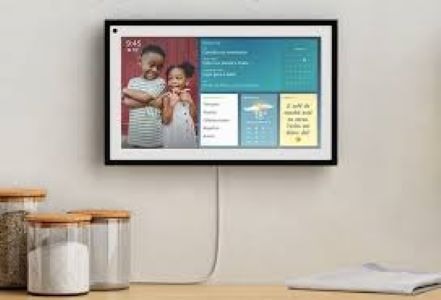 
Amazon has released Echo Show 15 with the promise of facilitating interaction between home environments.


Echo Show is what we call a smart speaker. That is, it is a speaker capable of responding and executing tasks based on voice commands.

Amazon’s Echo Show 15 is a smart speaker with an integrated screen equipped with Alexa voice assistant.

She is able to do all kinds of research on the internet, including reporting on the weather, issuing summaries with the main news of the day, and playing music.

In addition, you can also use Alexa to control other smart devices in your home, such as TV, air conditioning, lamps, locks, and more.

The big news about Echo Show 15 is that it comes in a unique format, which reminds us of a board and has several ways to view it in your preferred environment.

In addition to controlling all the environments in the house, you can choose photos and videos that can be shown in a slideshow and also make purchases.

First, Echo Show 15 came with a proposal to facilitate user access in your home, just hanging it on the wall.

For users who prefer to stand the Echo Show 15 on a surface rather than placing it on a wall, Amazon will also launch a desktop stand that will be sold separately.

It allows each family member to write down reminders and include notes as if they were post-its with on-screen prompts for other family members, or even add items to a shopping list. 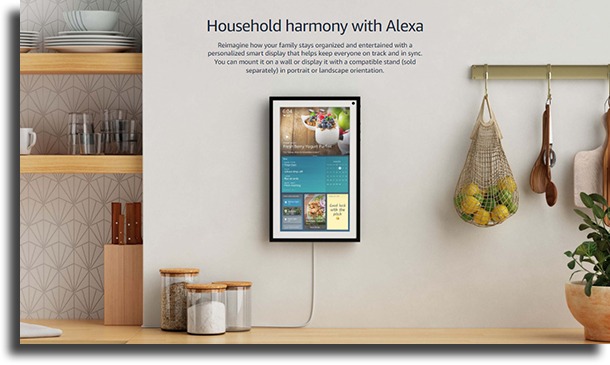 The Echo Show 15 will also have a map that will allow you to track some personal devices and know the location of Amazon purchase deliveries.

For content consumption, this device will come with support for the main streaming services, such as Prime Video and Netflix. 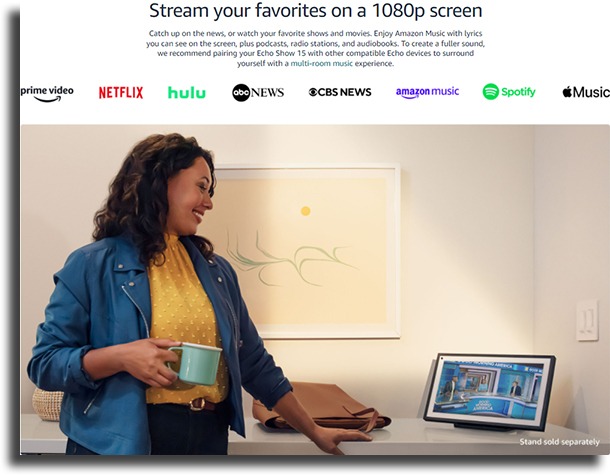 Likewise, it can also be used to view video from home security cameras, in addition to being used to control smart devices and customize what the user wants to see, such as news, weather, and calendar.

What sets this new Echo apart is its AZ2 voice processor, with a performance of up to 22x more TOPs (trillion operations per second).

In it your privacy will be maintained, offering above all speed and intelligence, your model can be positioned in both directions, portrait or landscape.

The Echo Show 15 has 2 rear sound outputs and this is its big difference in relation to other models already launched.

All functions can be performed through the display, such as controlling other devices, playing music, and scheduling appointments.

The Echo Show 15 has a 5-megapixel camera that makes video conferences possible, as well as allowing the user to be recognized.

Another function is the Visual ID, allowing the user to display personalized content for each profile registered, according to the age of each one.

It is an interesting experience as it is possible that each profile has access only to what is of interest.

The Visual ID function can be turned off at any time and, likewise, the camera also has a button that provides the lock function.

All of this by using voice commands for Alexa and, in addition, the device is equipped with the Amlogic PopCornA (Amazon AZ2 Neural Edge), an octa-core chip developed with specific attributes for machine learning.

This device uses the camera to recognize each member of the family, and it can show reminders, information, and a welcome screen specific to each person.

And you don’t have to worry about the information entered in Echo Show 15 as it is secure.

It is not necessary to take your information to a server in the cloud, as all images are processed on the device itself.

Did you already know Echo Show? Have you thought about the possibility of automating your home? Let us know in the comments. And don’t forget to also check out the best things to ask Alexa, as well as the differences between Alexa and Google Home!