Skip to content
Tutorial Social Links Web
Snapchat for the Web: What are the Key Features?

Snapchat for the Web: What are the Key Features?


Snapchat is making the desktop version of its app, Snapchat for the web, available to the entire global community, the company announced.


Snapchat’s messaging and video chatting capabilities are no longer limited to just the mobile app. 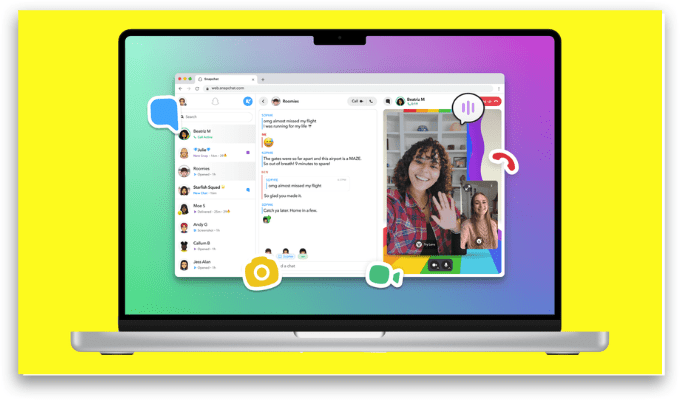 Every day, 332 million people open Snapchat on their phones, and with their cameras, they can start chatting with their friends live.

More than a decade after the launch of the Snapchat app, the company is releasing Snapchat for the web, a new version of its browser-based service.

The social network initially launched Snapchat for the web for Snapchat+ subscribers in the US, UK, Canada, Australia, and New Zealand.

The desktop version can now be accessed by all Snapchat users.

Snap also tried to import some of its signature privacy features into the web version. For example, it will block any screenshot attempts that it is able to detect, such as those made with keyboard shortcuts.

With Snapchat for the web, you can send messages and snaps, as well as video chat and voice calls.

It’s not the first time Snap has experimented with desktop or browser-based features.

The company previously made some Stories posts visible in web browsers and brought its AR effects to the desktop with its Snap Camera app.

But it’s the first time that some of Snapchat’s core messaging features will be available to users outside of the mobile app.

Snapchat for the web also includes access to the mobile app’s messaging features, including chat reactions. It also has 10+ filters for video calling since the last update.

The change could help Snapchat increase engagement with its most dedicated users.

A Snap spokesperson noted that video calls have become more popular with Snapchat users in recent years and that a desktop experience can be more conducive to longer video calls.

It could also help Snap replicate the experience of apps like Discord, where teens tend to use chats as places to chat while doing other online activities.

You will be prompted to complete 2-Step Verification on your phone. Once you open Snapchat for the web, you can continue your conversations from where you left off on your mobile.

When you use Snapchat for the web, your Bitmoji will appear in chats while holding a laptop to indicate to others that you are accessing desktop chat.

Further, the web version of the app includes a privacy screen that hides the Snapchat window if you click on another task.

As with the Snapchat mobile experience, messages sent by Snapchat to the web are automatically deleted after 24 hours.

The company also says that Snapchat for the web will prevent people from taking screenshots.

At the time of launch, the company said it was aware that people can still take a picture on their cell phone screen, remembering that the product is not perfect. 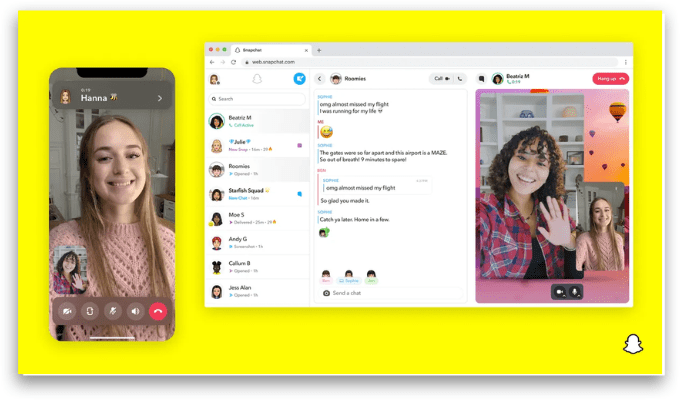 The company previously shared that the average user on Snapchat spends more than 30 minutes a day on calls.

Despite still seeing itself as a mobile platform, Snap said it decided it was time to bring Snapchat’s core features to the web after listening to user feedback.

For now, Snap is focused on bringing the app’s core features to the web and will build the experience from there.

The company plans to bring the app’s other features, including Stories and view Memories, to Snapchat for the web in the future.

The wider launch of Snapchat for the web comes as the social media platform looks to better compete with TikTok and Instagram, which can be accessed over the web.

In addition to making Snapchat for the web available to all users, Snapchat is also releasing new chat shortcuts at the top of the chat tab. 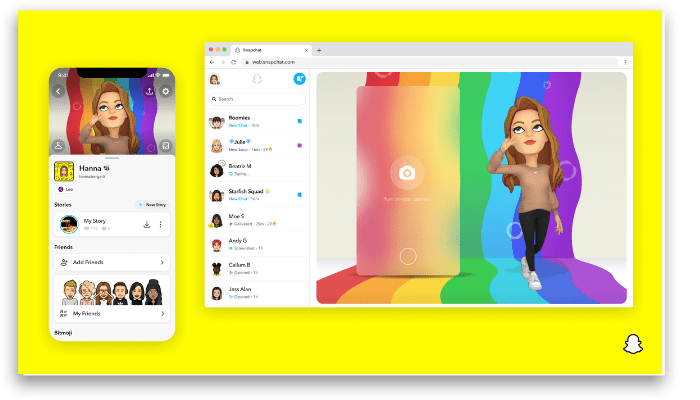 The new feature aims to make it easier to do things like identify unread Snaps and chats from friends, see missed calls and respond to stories.

The company says the shortcuts will also remind you if you need to reply to someone and also show you when your friends’ birthdays are coming up.

Snapchat is also releasing a new “Question Stickers” feature to allow users to ask questions in their AMA-style stories.

You can use the feature to ask your friends what you should wear to school and what you should eat for dinner. It’s worth noting that the new feature is similar to the Instagram question sticker.

The company says these new features are available now or soon.

Notably, there are no ads or other revenue-generating features on Snapchat for the web, though a spokesperson said the company could bring other aspects of the mobile app to the browser version of the service — if there’s enough demand.

So continue with us!