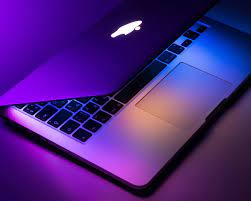 MacOS 12 Monterey: Learn all about the latest software update!


Apple has released macOS 12 Monterey and it is now available for download.


This is an update that appeals to people who have multiple Apple devices such as the iPad and iPhone.

There are even some features that will only be available on M1, M1 Pro, and M1 Max Macs. Check out some new features of macOS 12 Monterey down below!

This new feature in macOS 12 Monterey lets you control your Mac or iPad by moving the cursor from one device to another.

Basically, we can put an iPad, a Mac side by side, and with the cursor go from the Mac screen to the iPad screen.

In addition, this option also allows you to drag files between devices.

Shortcuts allow you to automate daily tasks. In this sense, you can define your own tasks, or use existing ones.

These can be triggered via Siri without using your hands, and you can import Automator workflows with Shortcuts.

Shortcuts are integrated throughout macOS 12 Monterey, including the menu bar, Finder, and Spotlight.

In the past year, the way we work and communicate has changed dramatically, and video calling is now more important than ever.

Following this trend, the Apple devices’ calling and video conferencing applications now have the new SharePlay function in macOS 12 Monterey.

First, it allows you to share your device’s screen during a call.

Plus, you can watch videos and series, or listen to music and podcasts at the same time with others you’re connected to.

And there is other news. Now it’s possible to:

With SharePlay, a feature that was also new to iOS 15, you’ll be able to use FaceTime to share your screen, as well as everything you’re seeing.

With it you can continue chatting and while watching series and movies, listening to music, or sharing your screen.

It’s a really cool way to share experiences with other people, even from a distance.

iCloud has always kept your important information, such as photos, documents, and notes, up-to-date, accessible and secure, across all your devices.

Now, with macOS 12 Monterey, iCloud+ takes this experience one step further with a new subscription that will replace current storage plans.

New is the Hide My Email feature, where you can generate unique and random email addresses that forward messages to your personal inbox.

This way, you don’t need to enter your real email address when filling out online forms or registering to receive newsletters.

Finally, this feature is already integrated into Mail, Safari, and iCloud Settings.

With AirPlay you will be able to use your Mac or MacBook as a speaker or video output.

In short, you can play, present and share anything on your iPhone or iPad directly on a Mac screen.

Speakers for Mac can be used as an AirPlay speaker.

Unfortunately, we don’t always have good news around here, as not all Macs that run macOS Monterey 12 support AirPlay.

These are the models that do:

You will need the devices below to be able to share content with Macs at full resolution using AirPlay:

It is now possible to interact with the text of any image, being possible to copy and paste as it is done in any text.

Also, the personal information of the images does not leave your device.

This new feature of macOS 12 Monterey allows you to focus on a certain task and even disconnect a little because it is even possible to filter notifications.

Also, if other people try to contact you, they will receive a message that you are unavailable.

There’s still more! When you set up Focus on one Apple device, it will sync across all your other Apple devices.

With macOS 12 Monterey, Apple has redesigned the Safari tabs experience, allowing you to view more than one webpage.

The tabs are now the color of the website you are visiting, taking up less space and extending the page to the edge of the window.

In this sense, the tabs were combined with the Smart Search field, just clicking on them to access various features.

macOS 12 Monterey can be installed on the following devices:

First of all, it’s important to know that after this release from Apple, users reported on social networks problems installing macOS 12 Monterey on older Macs.

During the upgrade to macOS 12 Monterey, Macs stop the process. The screen is black and it is not possible to run or recover anything.

Check out our article about macOS recovery mode!

Did you like the new features of macOS 12 Monterey?

Let us know which ones you liked best and if you’ve downloaded it on your Mac.