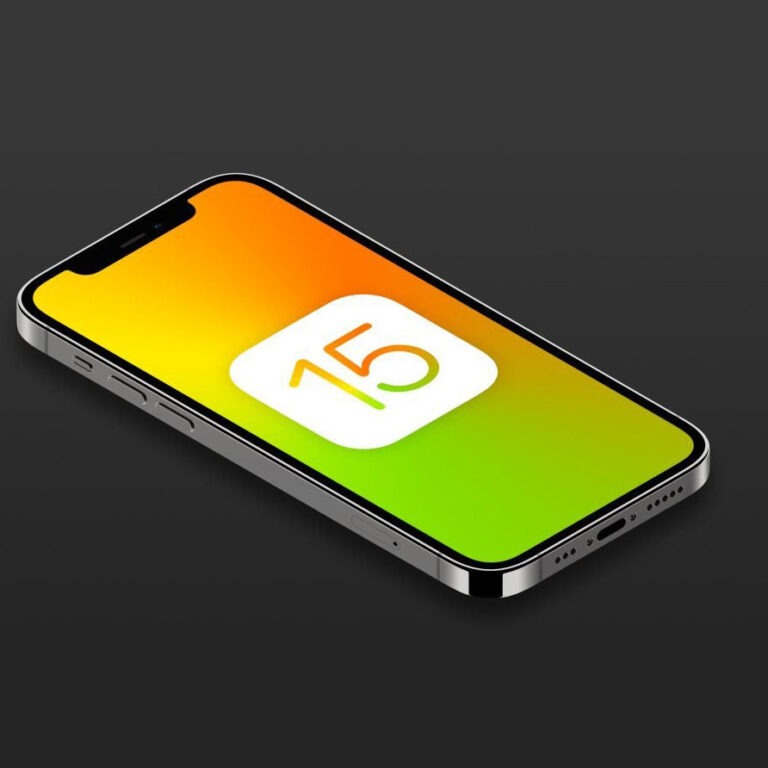 
If you use an iPhone, you’re probably well aware that the next version for its operating system was to be released. However, what you might not know is what’s new on iOS 15, and even if your iPhone is going to work in this new update!


In this article, we’ll talk about these two topics so that you can be fully up-to-date about iOS 15. If you’re curious about the subject and you want to update your phone, just keep reading down below!

Which iPhones are compatible?

One of the best things about purchasing an iPhone instead of an Android device is the peace of mind that even 5 years from now, your device will still be running the latest version of the operating system.

That is, if you have an iPhone that was released in 2015 or later, it is guaranteed that you’ll be able to use the iOS 15 and all what’s new about it. Even so, down below you can find a complete list of the compatible devices:

Alright, now you’ve made extra sure that you can run iOS 15 and make use of all what’s new with it. As such, we will teach you the basic step by step guide on how to update your operating system!

Now, you already have iOS 15 installed on your phone and all you want is to know what is new about it so you can make use of it. No problem, we’ll show you the most important changes down below!

To start the section on what’s new on iOS 15, we have to talk about notifications. They have an entirely new design! Notifications from pretty much all the big messaging apps will have an image of the person who’s sent the text, as well as bigger icons for the apps.

Other than that, it also offers a system of unimportant notifications, showing them to you only one time per day so you don’t get overwhelmed by useless notifications.

It is also possible to silence pretty much any app or chat threat temporarily. 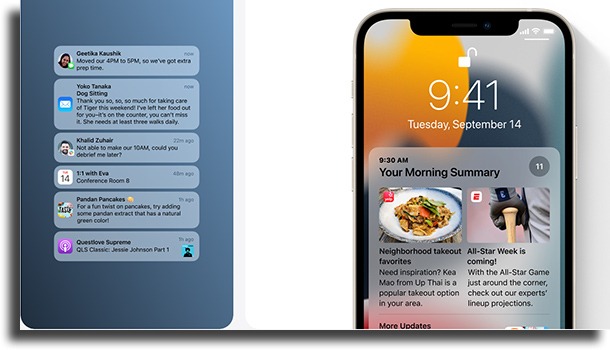 Apple has also introduced the Focus mode to try to help out its users who want to improve their daily productivity. For that, you’ll be able to create usage profiles. For instance, a personal and a work mode.

You’ll be able to swap between these modes so that specific notifications are blocked for a period of time, and prioritize others. Even better, you’ll be able to have two different home screens, one for work and one for regular use!

Among all what’s new on iOS 15, this is one of the best and most welcomed changes. It even works automatically with suggestions via AI. And all of it is synchronized with all of your other Apple devices! 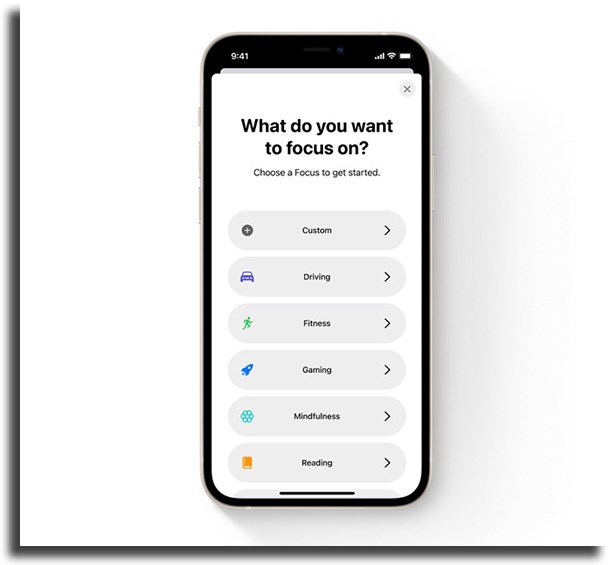 For that, all you need to do is to send the link for the chat to the people with whom you want to start a video call. Other than that, it also offers spatial audio so that the voices in a video call seem to come from the spot the person is on the screen and it even helps up in clearing up your audio.

Further, it also offers a portrait mode, so that you can now blur your background. 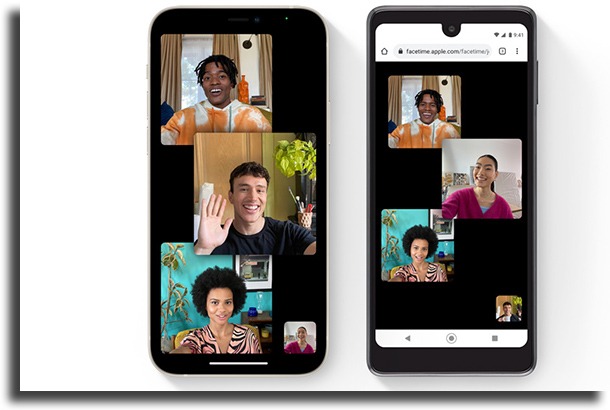 SharePlay is another thing you’ll find among what’s new on iOS 15, and it is related to FaceTime. SharePlay is Apple’s implementation of sharing experiences with others during video calls.

That is to say, now you can easily create a home cinema directly via FaceTime. Share songs, shows, and movies from the biggest media streaming services easily! 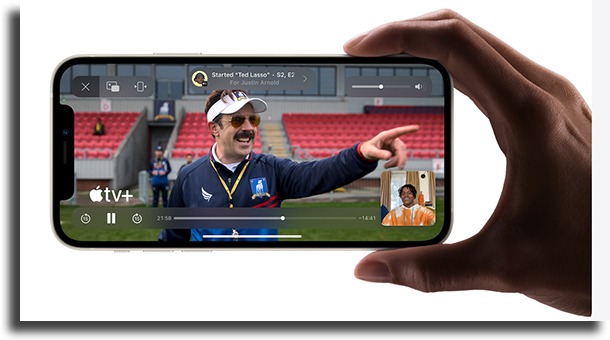 Another thing that is new to iOS 15 is the live text feature, through which you will be able to pretty much turn images into text.

That’s right, from any image or picture you take you will be able to extract everything that is written simply by tapping and holding on top of the text in the image! 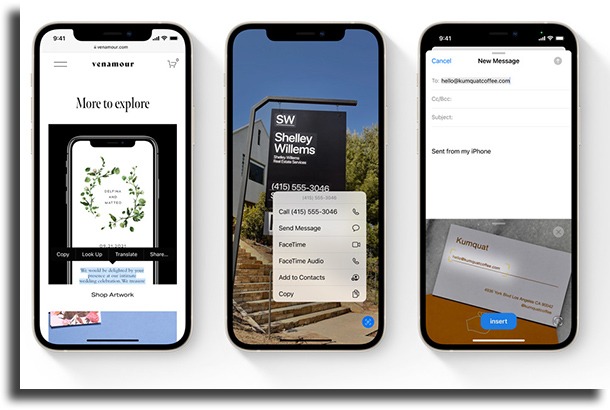 Yep, another thing among what’s new on iOS 15 is Safari and its brand new design! The controls can be found in the bottom of the screen, and they’re much easier to use.

The navigation will be really different and it will definitely take some getting used to. Even so, it is truly worth it! 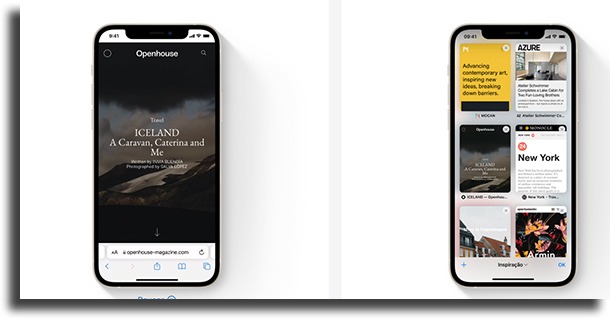 Spotlight is nothing more than the search tool found on iOS. When you drag from the top of your screen to the bottom, you’re opening it up. With the update to iOS 15, Spotlight starts to use AI to look for pictures based on location, people, scenes, and objects. You can even use live text!

Other than that, you can also use Spotlight from the lock screen and even install new apps from the App Store without ever leaving Spotlight. 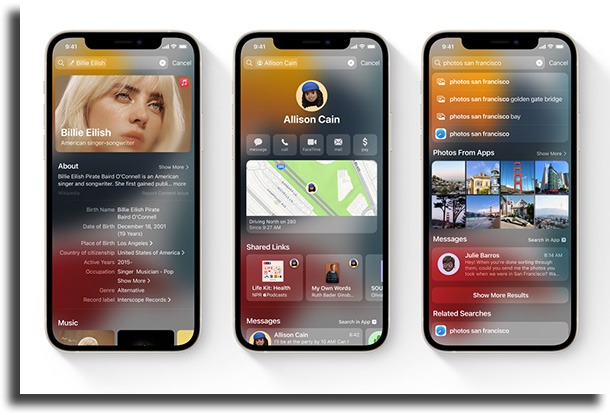 Another thing among what’s new on iOS 15 is the update to the Photos app. With it, you’ll have access to a new design in the Memories, integration to Apple Music, a much more intuitive interface, and more.

The memories will suggest songs based upon your usage of Apple Music to create much more customized and personalized videos and slideshows. You’ll even be able to choose what song to use on each memory! 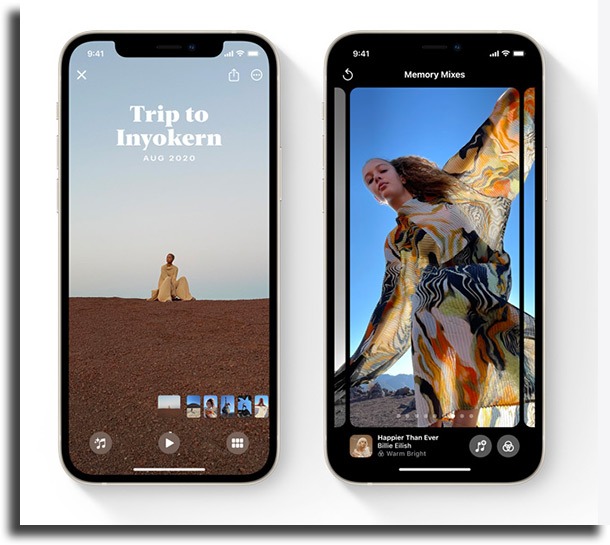 It is worth mentioning that this is not a comprehensive list, but a selection of the most important changes. If you want to learn about all that is new, check it out on Apple’s official website!

And don’t forget to leave a comment with your opinion about our article!