Skip to content
Tutorial Web
22 best browser games to pass the time in 2022! 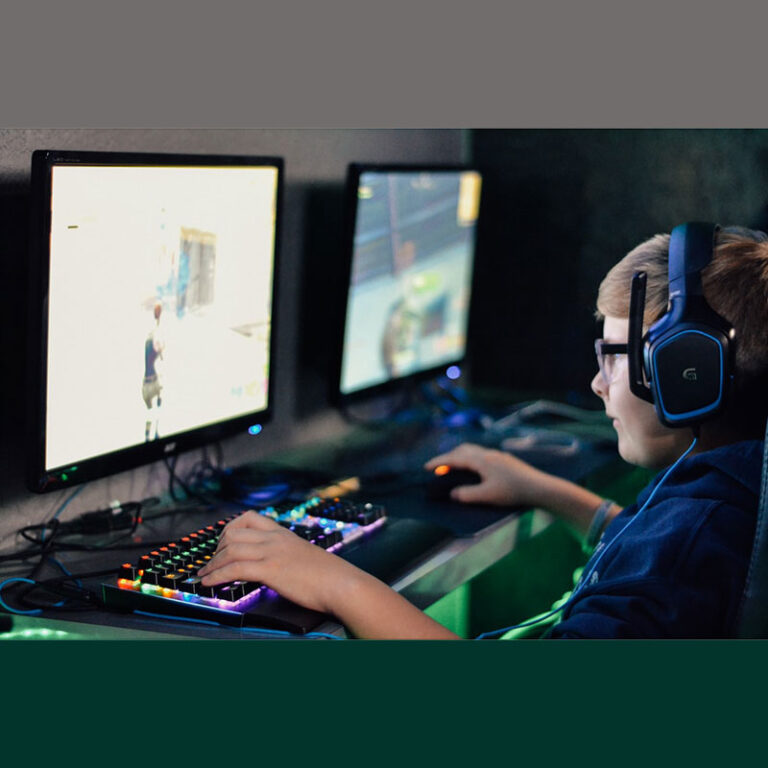 Even though there are many mobile multiplayer games and many daily releases of Android games, the browser games – that don’t require you to install anything – still are responsible for helping many kill quite a lot of time, possibly being the best for that.


Most frequently played at times when you can’t have your phone for any reason, some of these games made so much success that they were improved and launched for mobile platforms and even for consoles, Windows PCs and MacOS. Check out down below our list with the best browser games you can play to kill time!

With a very Indiana Jones-like style, Spelunky is an independent game that got so popular it got a PC and console version, including for PlayStation 4.

You play as a protagonist that resembles a lot Mario from Super Mario Bros, and must explore a cave filled to the brim with varied monsters and traps in order to save people who are stuck inside this cave’s mazes. Follow the link to start playing Spelunky right now! 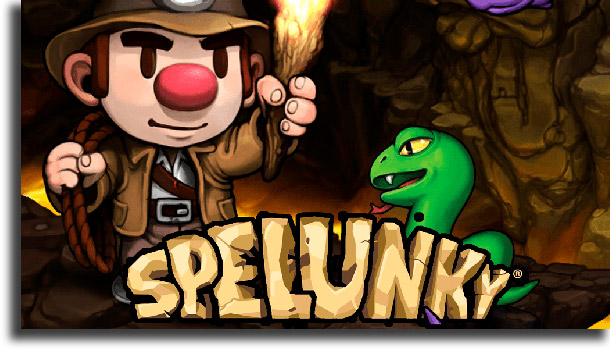 Another one of the best browser games that is available on PC, Card Hunter is a game that places you in the role of a classic tabletop RPG player. In the game, you will have to navigate through the mazes made of paper while playing with miniatures of the greatest medieval fantasy warriors

Then, you will face against other miniatures, such as goblins and dragons. The gameplay is through a card deck available for each character you control. Play Card Hunter by clicking the link.

3. The Hitchhiker’s Guide to the Galaxy

This is a celebratory version of the game inspired by Douglas Adams’ book series released in 1984 for computers. Relaunched on web browsers, the The Hitchhiker’s Guide to the Galaxy game is an original story made by the book’s author himself.

This game follows the old-school style of the text-based adventures of the time. Learn more and start playing The Hitchhiker’s Guide to the Galaxy right now by following the link! 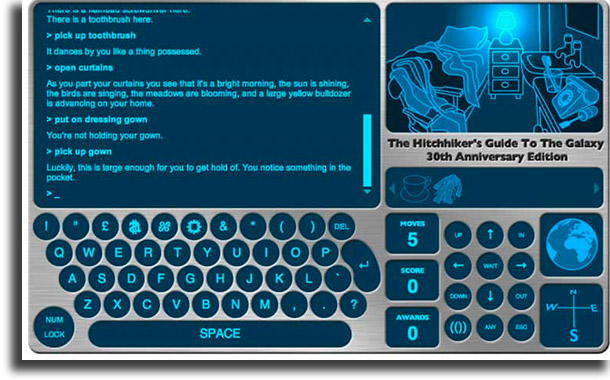 Probably one of the craziest games in our best browser games list, Robot Unicorn Attack Evolution has a protagonist that is nothing less than a robot unicorn, drawing inspiration from Adult Swim’s cartoon.

Following the platformer style and taking a lot from the infinite racing games, you must run and jump with your robot unicorn until you hit an object. The further you go, the most points you get. Follow the link to play Robot Unicorn Attack Evolution.

Inspired in the independent game LIMBO, Coma follows a somewhat similar idea, starting its plot in a very akin way to the game from which it draws inspiration.

Also a platform game – but not infinite like the previous item -, it takes around 20 minutes from start to finish. In the game, you’ll be amazed by its dark, yet beautiful, artwork. Learn more and play Coma right now! 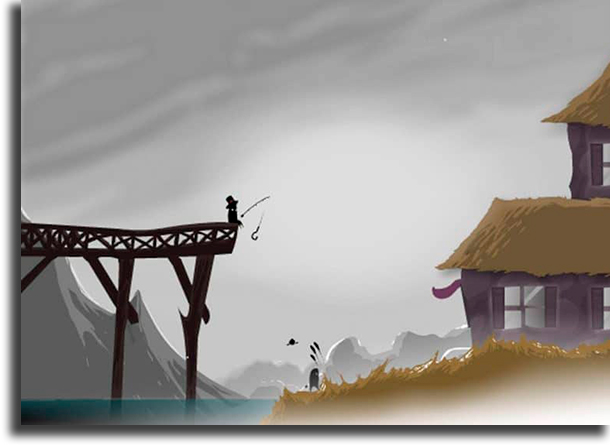 One of the oldest among the best browser games is Alien Hominid, a huge success that garnered adaptations for many consoles in the past decade.

You play as a weird, yet cute, alien, and have to use your weapons in order to cross the enemy-filled levels in a game that mixes adventure and platform. Play it by following the link.

Also available for iOS devices Kingdom Rush Frontiers is a tower defense game that can easily be considered one of the best strategy games for Apple’s smartphones. The game is set in a medieval fantasy scenario.

You must protect a fantastic kingdom from an invasion of hordes of evil beings by building towers of many kinds in strategic places in order to achieve victory. It can also be played both on Android and on PC. Follow the link to play Kingdom Rush Frontiers.

When starting it, you will be reminded of Candy Crush, but worse. However, Gridland goes beyond, attempting to blend this highly acclaimed mobile game with Minecraft.

The game is split into several days: at first, you will make building blocks, protection and food. After that, your house is invaded by monsters and the icons you will be asked to set up are for attack and defense to protect your house. Quick thinking, strategy and vision are some of the skills the games works on. Play Gridland in its official website! 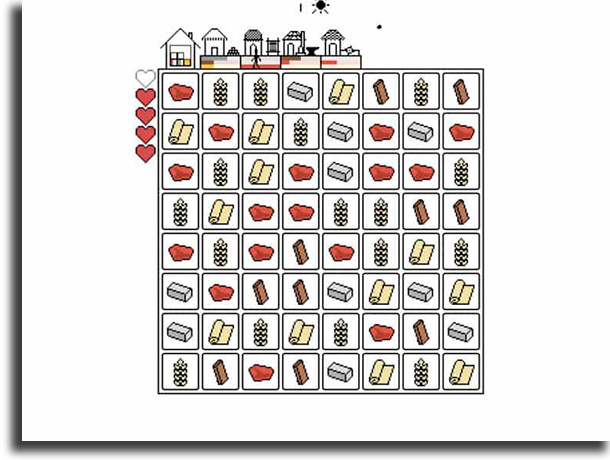 This game pays homage to the classic muscular villain in the game Double Dragon, originally launched during the 1980’s for Nintendo’s first gaming console.

Now, the villain is the “hero” and must go through several different levels while fighting enemies in order to save his kid. Start playing Abobo’s Big Adventure by following the link!

Yet another homage to a classic game, World’s Biggest Pac-Man is by far one of the best browser games, expanding the famous game’s maze. This time, two new exits have been added to the upper and lower part of the map, connected just like the lateral ones are.

One of the coolest parts about this game is that its producers allowed the players to create and share their own mazes so that the community can play. Follow the link to play World’s Biggest Pac-Man in its hundreds of thousands of mazes! 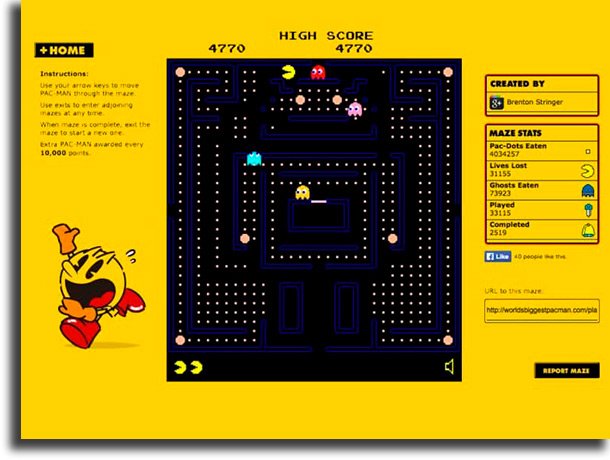 This game’s main goal is for you to combine unexpected ingredients to create objects and things, but having no connection with reality. In Little Alchemy, you are able to create around 400 things by mixing up basic elements, as long as you don’t expect anything too big. Learn more and play the game on its website!

One of the most famous and successful anime in the world couldn’t stay out of our list with all the best browser games. Launched recently, the game has a permanent progression and allows you to create your own ninja character.

In the game, you can go through the anime’s story, but now taking a part in its battles. Naruto Online is a game that allows you to collect all the heroes and villains of the show to create your favorite teams. Play Naruto Online by following the link!

A multiplayer FPS Game, Contract Wars is an option for those that don’t have last gen consoles or a gaming computer, and so can’t play the biggest releases.

It has good graphics (of course, limited by what browsers can display) and has a progression system in which you can buy weapons and equipment for your soldier and personalize how they look. Follow the link to play Contract Wars.

Going back to medieval fantasy in our best browser games list after spending some time in the modern world, Sword and Souls is a game that brings fights against monsters and bosses inside a n arena.

You have to create a new faceless character from scratch and evolve them by fighting in the arenas, training and obtaining new equipment. Learn more about Sword and Souls! 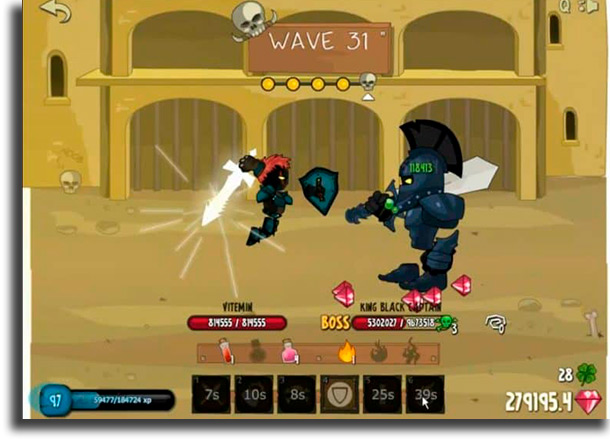 One of the oldest browser games in our list, Runescape is one of the best MMORPGs, released around the year 2000 and is still active to this date. In the game, you will make a new character in a medieval world, interacting with hundreds of other players at the same time.

The game has a forge system where you can craft new items, weapons and equipments in order to fight against the many monsters and missions spread around the game. Play Runescape by following the link, but beware so as to not kill time you don’t have! 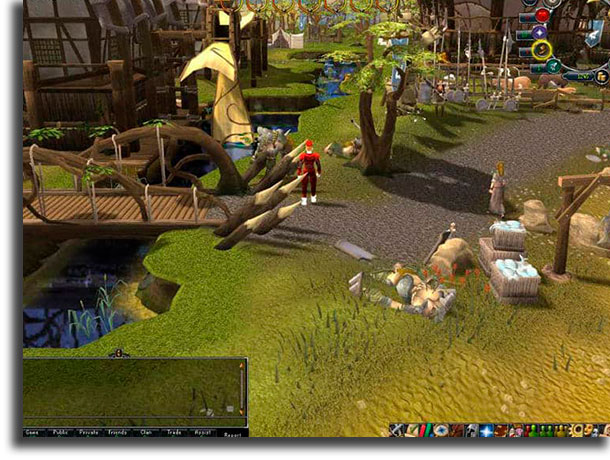 Just like Kingdom Rush Frontiers, Bloons TD 5 is one of the biggest and best tower defense games available for web browsers.  It is also set in a medieval fantasy scenario.

The fifth edition of the game increases the amount of towers you can build, also offering 8 different upgrades for each one of them, up from 4 in its previous installment. Follow the link to play Bloons TD 5.

One of the most popular games that can be played on your browser anywhere in the world, Habbo Hotel works pretty much as a social simulator. You explore the hotel that shares a name with the game, going to its different rooms and interacting with other players via the chat.

The game as many minigames that can be played with the friends you’ve made while walking around this incredible virtual hotel. If you wish to play it, just go to the official website.

For all minigolf fans – and for those who enjoy online golfing – Wonderputt brings an interesting idea to the sport. Instead of the most common minigolf courses, it works as if you were playing in some work of art.

The scenery is completely out of the ordinary, with a lot of color. It also has several height levels and connections that make the game quite hard to play. Follow the link and learn more about Wonderputt!

Another one of the best browser games that has a console and computer version, Spiral Knights is a cooperative action game that brings four knights that must explore a new world together.

After their ship falls from space, they unite forces in order to find the lost equipment and a way back to their home world. Of course they will face many hordes of enemies along their path. Play the game with your friends by following the link!

One of the games that revolutionized the game industry and started the discussion about violence in videogames, the first installment of Doom is so iconic that it can be played for free in any browser.

Playing as a soldier that ends in hell, you have to use all sorts of weapons you find to survive against the demons that live there and return home, covered in blood from head to toe. Play Doom (again) and revisit the game that marked many people’s lives. 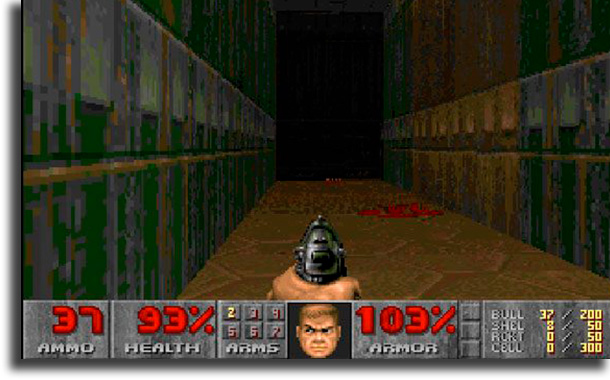 21. Gods will be Watching

One of the best browser games that has become so popular that it got expanded and received a complete PC version is Gods will be Watching. You command a group of survivors in a disaster and are responsible to make them survive for 40 days.

You must make hard decisions, dealing with several aspects of morality at the same time as you try to save your companions from succumbing to insanity. Follow the link to play Gods will be Watching. 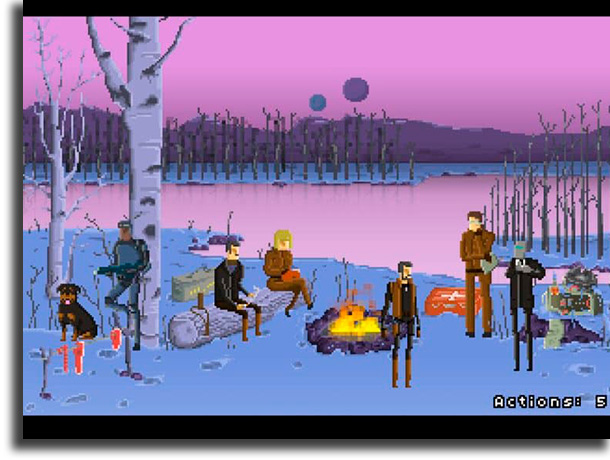 Finally, we have Game of Bombs, which is almost a Bomberman clone for web browsers. Game of Bombs brings multiplayer matches in which the goal is to blow up your adversaries.

However, the maps are much larger and support many more players than the game that inspired it. Take part of the chaos and play Game of Bombs by signing up on their official website! 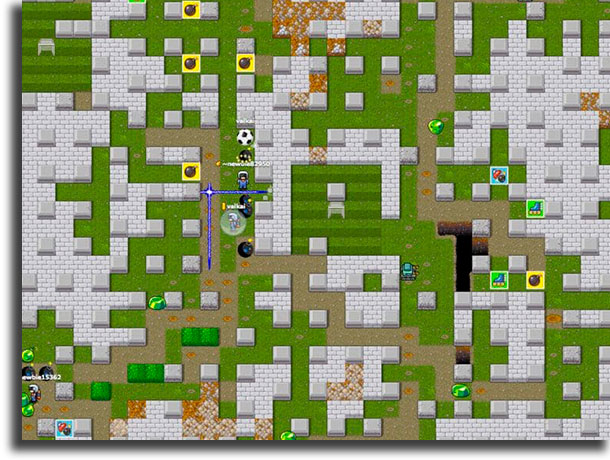 Which one of the best browser games is your favorite?

There is an absolutely huge number of browser games available to be played online. Most of them is just a limited pastime, but many bring entire worlds for its players to explore. What is your favorite genre? Do you think we missed any game? Let us know in the comments and don’t forget to check out the best free games on Steam!