Skip to content
Tutorial Android iPad
HBO Max vs Amazon Prime: which is the best service?

HBO Max vs Amazon Prime: which is the best service?


Watching series and movies has become increasingly common among all audiences, and this is largely due to greater access to media such as these through streaming services! We’ve recently made comparisons of such services, Netflix vs HBO Max and the differences between HBO Max and HBO Go. Now, we’re expanding on this list, taking a good look at HBO Max vs Amazon Prime. Keep reading the article and to know more! 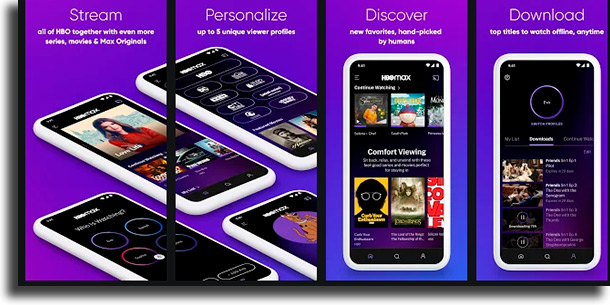 One of the main concerns of consumers is how much they will end up spending on luxury services out of their monthly budget. However, often the cheapest option is not the best, as the amount of content that comes on each of the platforms can be quite different, as is the streaming quality and much more.

We’ll start this comparison talking about the streaming service of one of the biggest television channels of the moment, with gigantic series hits such as Game of Thrones, HBO Max.

It is one of the best options out there, with loads of must-watch movies just waiting to be seen. It offers two very interesting plans with competitive prices, like these:

If you were a subscriber to the now defunct HBO Go, you can migrate to this new service. This ends up being a whole lot better when we consider that the price is more accessible and there is more variety in terms of shows and specials. This covers the HBO part of our HBO Max vs Amazon Prime cost analysis!

Moving on to Amazon. Those who like to shop online are probably familiar with Amazon and its Prime plan. The service gives you access to free shipping on many products, faster delivery and numerous discounts, plus access to Amazon Prime Video, Amazon Prime Music and Amazon Prime Reading. It’s important to remember that the latter is different from Kindle Unlimited, another Amazon subscription-to-read service.

It offers, unlike the competition, a single plan. This plan costs almost the same, at R$9.90 per month and, as described above, guarantees access to much more than just series and movies. It allows you to access up to three devices at the same time, in addition to having access to 4K resolution.

If all you’re looking for is a streaming service, both are pretty interesting, but if you want something more, Amazon Prime might be your best bet.

Another extremely important category – and perhaps the most important – when comparing two streaming platforms like HBO Max vs Amazon Prime is their current media library! In this area, both platforms have their benefits and large collections that get expanded constantly.

Let’s start by looking at HBO Max, a service in which the user finds mostly original series, produced by HBO itself, which are not available anywhere else. The list includes big names such as Game of Thrones, Westworld, True Detective and Euphoria. In addition, there are new specials, series and exclusive Warner Media content on their service.

There are also a lot of movies, many of which are very recent. It is worth noting that this part of the catalog will always be changing, whether new movies are added or others are removed.

Now we’ll cover the second one out of HBO Max vs Amazon Prime which also has a pretty big collection. This is true, of course, for movies and series, with some original content already appearing more often there.

Among the exclusives, we have series like Mr. Robot, This is Us, The Marvelous Mrs. Maisel and Fleabag, all very well received and awarded by critics.

Speaking of movies, it has just over 2600 titles, many of which are original to the platform. It features classic titles such as John Wick, The Lord of the Rings, The Wolf of Wall Street and more recent ones, such as Aladdin’s live-action.

One more important factor to look at when comparing HBO Max vs Amazon Prime is the compatibility of the services, on what devices they are available at.

Its interfaces are very simple and easy to use, with small differences that end up not impacting its usability. In both, you can download content to watch what you want offline, without wasting your mobile data connection, but only under certain plans.

Between HBO Max vs Amazon Prime, both are compatible with a large number of devices, so you can watch wherever you want. It supports any browser, PC, Android smartphone or tablet, iPhones, iPads and even media centers like Amazon’s Fire TV Stick, Roku and Chromecast.

The last area of our comparison between HBO Max vs Amazon Prime is the image quality offered by the platforms. In this category, both offer the same kind of quality.

HBO Max and Amazon Prime offer up to 4K resolution, which is enough to satisfy even those that are used to high-end image quality. This advantage is included with all the other benefits of the Amazon Prime plan, which costs only R$9.90 per month, but you must have the most expensive plan on HBO for that.

Balancing our budget is getting kind of tough with so many services available! Did this article help you choose between them? Leave us a comment down below, let us know!