Skip to content
News Uncategorized
Charging your phone overnight: is it actually bad, or just a myth?

Charging your phone overnight: is it actually bad, or just a myth?


There are a lot of phone myths about cell phone usage and you’ve probably heard that “overcharging” your cell phone (also known as leaving it plugged in after you’ve charged enough battery power, such as charging your phone overnight) can reduce the effectiveness of your phone’s battery over time. But, have you ever wondered about the charger itself?


With the cord plugged into the wall (beside the bed, or the sofa) and charging your phone overnight, could your charging setup cost money or pose a security risk?

You’ve probably heard lots of tips on how best to charge your phone, right? Generally, what can generate more questions on this topic is how long we can leave the cell phone charging and what is the ideal percentage to connect and then unplug the device.

This is one of the most common rumors we come across, but it’s just wrong, at least the overcharging part is. The kicker is, leaving the battery plugged in all night is certainly not dangerous, but it can make the battery age faster.

The concept is that if you leave the cell phone on the charger for a while after reaching 100 percent, it will continue to pump current and this will reduce the capacity of the battery or even cause it to catch fire.

This myth has some pretty legitimate origins, so it’s no surprise that it stays around. In the past, lithium-ion batteries would overheat if you left them charging for a long time. This, in fact, caused damage to the battery and reduced performance.

Today’s devices are modern and much smarter in power management and gradually reduce the amount of electrical current as the phone pulls up.

However, there is some truth to the reduced capacity problem, as both heat and a high charging voltage make lithium-ion batteries age faster. Charging between 80 and 100 percent is a little worse for the battery than stopping before then.

Doubts are valid, after all, no one wants their device’s battery to be damaged, and it is necessary to repeat charging a few times a day. In addition, there are concerns that a long charging time could cause the device to malfunction, causing it to overheat or even explode! 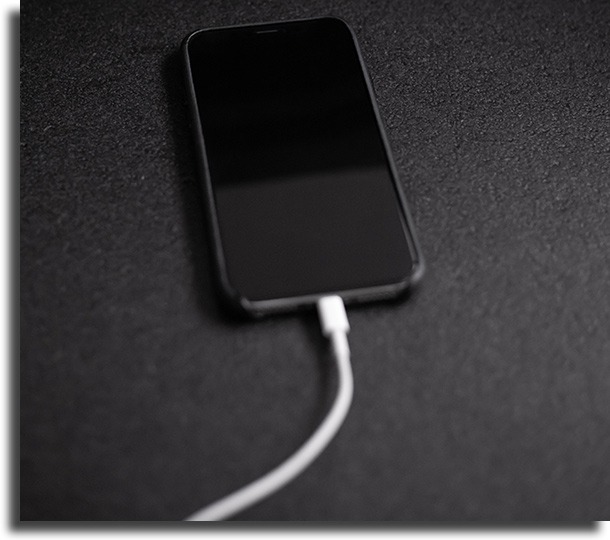 What do manufacturers say?

Battery life is not just based on when it was assembled. There are many other factors, including extreme temperature fluctuations and your charging habits.

Lithium-ion batteries in our cell phones age chemically and hold less charge over time. That’s why even after charging your old phone overnight, it doesn’t stay charged for that long.

Chargers have intelligence that cuts power delivery to the device after charging completes 100%. However, it is important that the accessories are the name brand.

The smartphone’s original charger leaves the factory in the right conditions, and using non-genuine accessories can cause this and other functionality to be impaired.

So does charging your phone overnight make a big difference?

Smart technology prevents your phone’s battery from charging when it’s full. If the battery drops to a certain point when it’s still plugged in, the phone knows it should start charging again, says Sergio Flores, an electronics engineer at Samsung.

“That way, even if you charge the phone overnight, the phone’s battery is only charging when it’s needed,” he says.

Apple claims that when your iPhone remains fully charged for extended periods of time, battery health may be affected.

Android phone makers, including Samsung, say the same. “Don’t leave your cell phone connected to the charger for long periods of time or overnight.”

Huawei says, “Keeping the battery level as close to the middle (30% to 70%) as possible can effectively extend battery life.”

The final word is to keep your phone charged but not fully charged.

Your battery will automatically stop charging when it is full, but in some cases, once it drops to 99%, it will need more power to get back to 100. 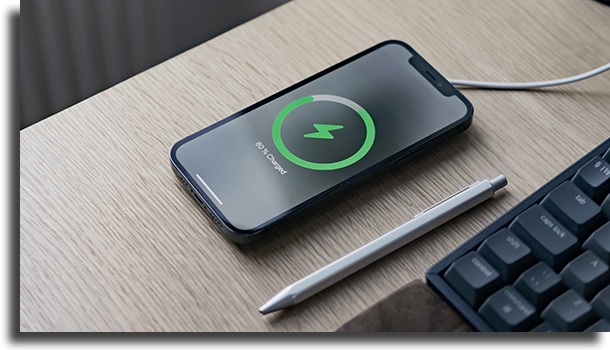 Use your mobile’s built-in features

On iPhones with iOS 13 and later, optimized battery charging reduces the amount of time your phone is fully charged. Once enabled, your iPhone analyzes your charging habits and waits to finish charging over 80%.

Does leaving the cell phone charging for a long period of time damage the device?

If you are in the habit of leaving your cell phone charging overnight while you sleep, you can rest easy. There is no risk of the device overheating, let alone exploding.

That’s because smartphones made in recent years have a technology that makes it impossible for them to receive charges when the battery is at 100%. This way, there is no risk of the device receiving more energy than necessary.

However, a faulty charger, particularly a knock-off one, could result in damage to your phone.

As we said here, today’s batteries are made of lithium-ion polymer, which does not require full charge and discharge cycles. Therefore, the user can connect the equipment to the outlet before the battery is drained.

The hotter the battery is, the faster it discharges. The smartphones’ own design doesn’t help much, putting the powerful CPUs that generate heat glued to the battery.

Keep your smartphone out of the sun, don’t charge it under your pillow.

As with all equipment, there is natural wear of the system and parts, this also happens with the battery.

The battery life offers an average of one year without performance loss, but all the factors mentioned can extend this life. However, it is natural that performance drops with the course of use.