Skip to content
Tutorial Web
Starlink Internet: What is it and how does it work? 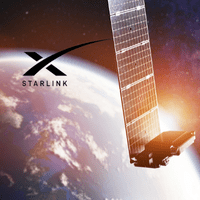 Starlink Internet: What is it and how does it work?


Starlink Internet promises to offer broadband internet even in the most remote regions, such as the Amazon Rainforest. And you can have access to it, do you want to understand better? 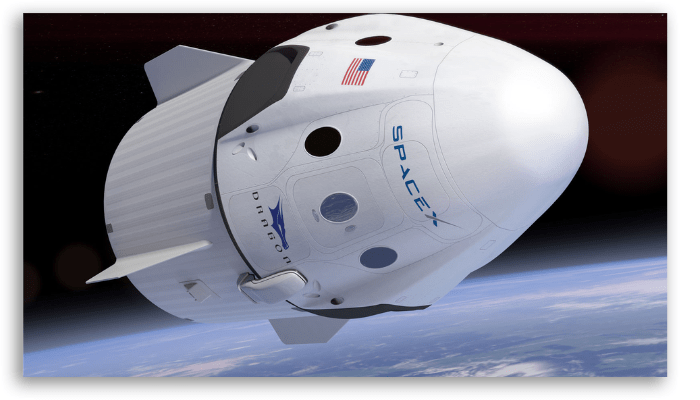 Thus, increasing, even more, the possibilities for people who live in more remote regions and cannot enjoy the globalized experience that the internet provides. In addition to making Elon Musk’s company a promise of evolution in the segment.

Let’s understand how this technology works, where it is already available, what the value of the service is and how to hire it.

Starlink Internet: how does it work?

When it comes to getting a new internet plan, consumers’ focus is basically on speed and connection guarantee. And this is the biggest dispute between operators of broadband internet services.

However, Starlink promises to enter this dispute, using its satellite system with technology of 1 GB per second and with a latency of around 55 milliseconds. In other words, the time it takes for a bit of a packet of data to get from one computer to another is now much less than the 600 milliseconds of current satellite technologies.

The operation will have about 12 thousand satellites that will form a wide network reaching regions that current operators cannot reach, such as some regions of the Amazon, for example. 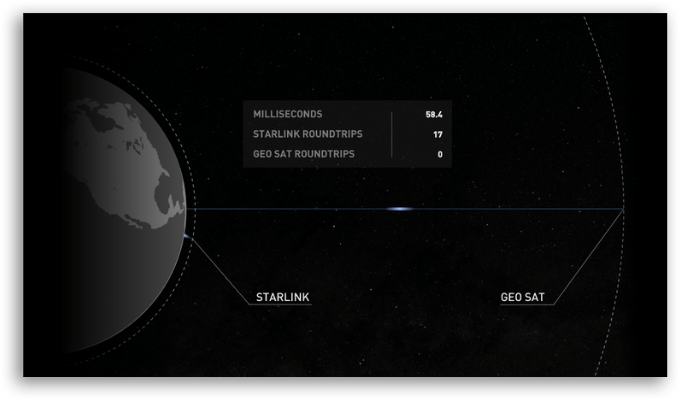 Starlink’s internet data transmission takes place via laser, with the information being transmitted at the speed of light.

At Starlink, each of the 12,000 satellites works in conjunction with four more high-performance units around it. Thus, the connection becomes more stable and reliable.

Each satellite has four antennas, which work in combination, transmitting the signal more quickly. In addition to being closer to Earth orbit, decreasing latency.

Satellite operations rely on intelligent operating systems, greatly reducing the cost of operations and increasing the number of users. Thus, many individuals, in addition to legal entities, will benefit from Starlink’s services.

Acting in a combined way, the signals are transmitted quickly and with reduced costs.

It is also very interesting to understand that, as the Starlink Internet satellites will be at low altitudes, about 550 km, they will be able to disintegrate in the atmosphere more quickly when they go into disuse.

In addition, the satellites have a single solar panel to power the device, which facilitates their operation in terms of energy consumption.

Starlink’s main advantage is to offer a high-speed connection in regions not served by conventional internet providers.

In this way, Starlink can provide a quality connection for people living in more remote areas.

It is worth mentioning that Starlink has competitors, such as the British OneWeb, which has launched more than 350 low-orbit satellites.

In addition, Amazon also plans to put 3,200 satellites in orbit with the aim of bringing the internet to rural communities and remote locations.

In 2018, SpaceX received authorization to launch its satellites and since then, the company has been expanding its services.

In 2022, the number of countries reached 32, including the United States, Portugal, Spain, France, and Brazil.

You can see it in the light blue area on the map below, or by accessing this link to see the updated map. 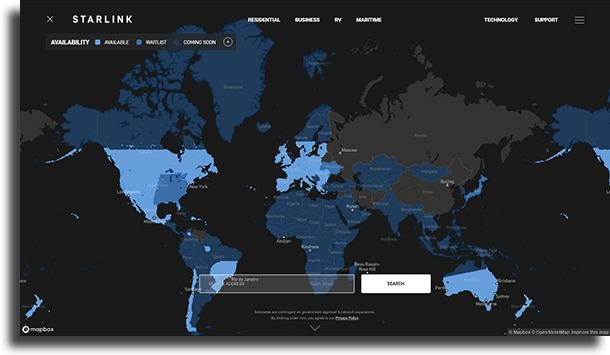 The expectation is that, by 2025, 40 million users will make use of broadband with the new technology.

How to install Starlink Internet?

The first thing to do is check if Starlink internet is already available in your region. 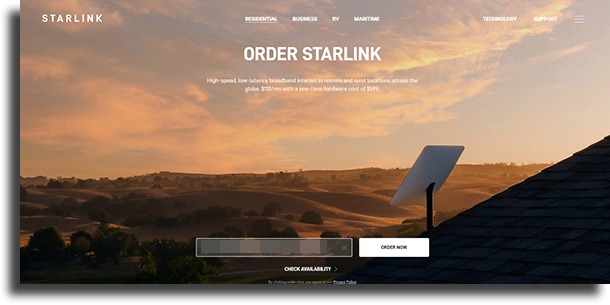 The page will then show you the previous subscription fees and will ask you to correctly enter your full address where the antenna and the service will be sent.

Fill in all the details and then click on “Place order”.

Now you will be able to see the final value of the service and enter your credit card details for payment.

Once you are done, an email will be sent confirming the completion of the process, with an order code and instructions for receiving your antenna.

How much does Starlink Internet cost?

Starlink announced in August a reduction of more than 50% in the value of its monthly fee in several countries around the world, due to inflation.

However, current prices are still not accessible to the majority of the population.

Installation is simple, through the Starlink mobile app, and done without the presence of a technician.

The software takes care of the network adjustments and also to indicate the user the most efficient place to install the antenna.

Is it possible to see Starlink satellites?

A curiosity about Starlink Internet is that their satellites can be seen with the naked eye, and some people have already managed to visualize the satellite constellations.

For the first few days after launch, they orbit at low altitudes and can be seen as a string of stars. 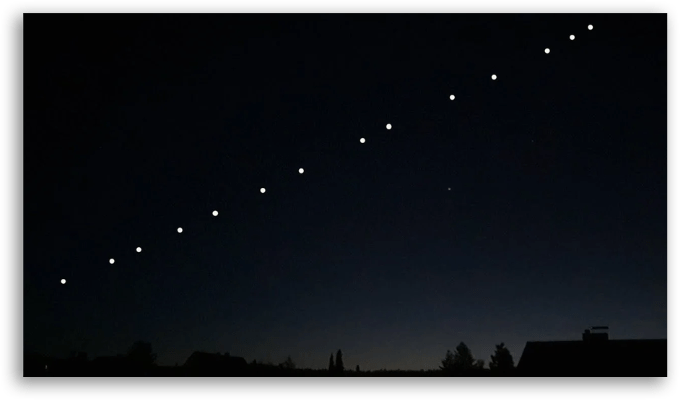 The best times to see them are at sunset or at dawn.

Curious to see it?

Finally, it is worth remembering that before choosing your internet, it is important to check the availability of services in your region and compare the speeds and installation costs involved for something that suits you.

People who work from home, for example, need stability on the network. Game lovers need to pay attention to speed and latency.

Did you like to understand a little more about Starlink Internet?

So share with your friends and family and enjoy reading too: