Skip to content
Tutorial Web Windows PC
McAfee: 20 curiosities about the creator of the anti-virus 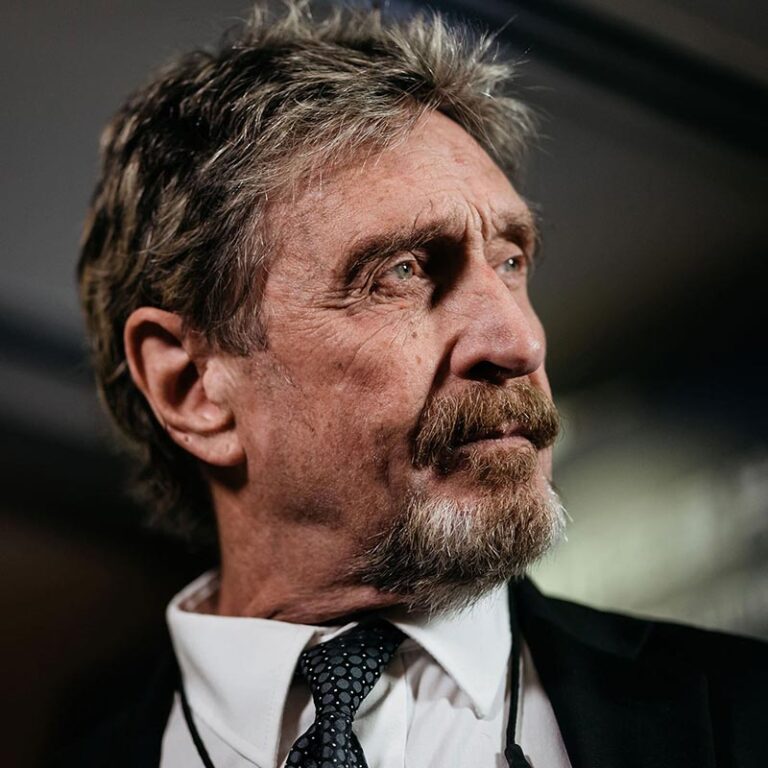 McAfee: 20 curiosities about the creator of the anti-virus


John McAfee has one of the best-known surnames in the history of cyber security and even after his death, he is well respected for being responsible for developing one of the world’s first anti-virus software. Despite his important contribution, he had a life full of upheavals due to his personality. 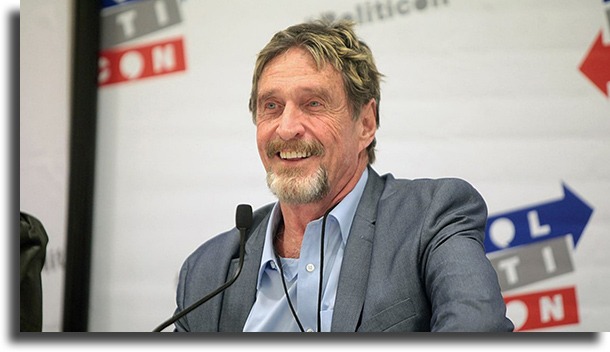 1. John McAfee and his complicated childhood

Son of a military father, he was born inside an American army base in Great Britain. John and his mother were frequently beaten by his father, who developed an alcohol dependence after having participated in the conflicts of World War II.

The problem with alcohol caused McAfee’s father to commit suicide when his son was only 15 years old.

The son of an American father and a British mother, McAfee has repeatedly stated that he felt he was a citizen of both countries.

After successfully graduating in mathematics, at the age of 22 he began his career as a programmer at the National Aeronautics and Space Administration, NASA. Working even in the Apollo program.

4. McAffe and the Drug Problem

As a consequence of his troubled childhood, McAfee discovered the world of alcohol and drugs when he was still young and always had many problems because of this, even selling the surplus of what he used to co-workers.

According to him, the bosses themselves used drugs and it was common to witness this openly within technology companies. He took advantage of the situation and offered what was left after using himself.

After NASA, he worked at various software companies such as XEROX and Computer Sciences Corporation (CSC). But it was at Lockheed (now Lockheed Martin) that he had his first exposure to a computer virus and resolved it in just a few hours. Realizing a great business opportunity, years later he founded his famous software, McAfee Associates, the first anti-virus on the market.

In 1994, McAfee’s board decided that it would be better for the company’s image that, in a totally untraditional way, John was replaced by another CEO and, on his departure, sold all of his stakes for around $100 million.

McAfee managed to spend $25 million to build a 280-acre mansion in Woodland Park (Colorado, USA), to house about 200 “disciples” and teach yoga.

Following the success of McAfee, John invested in and helped found several other software-focused companies such as Tribal Voice, PowWow, Zone Labs, and Check Point Software.

His fortune peaked just before the financial crisis that hit the world in 2008, reaching around $100 million. However, it suffered a blow in 2008 and dropped to US$ 4 million. Faced with this situation, he decided to sell all of his assets and move to Belize.

Arriving in Belize he founded QuorumEx, which aimed to manufacture a revolutionary antibiotic that would be able to inhibit quorum sensing (QS), which is how bacteria can identify their population density and initiate cell reactions in the infected body.

During the time he lived in Belize, he had no contact with the internet on purpose. In this way, he undertook in areas totally different from what he was used to, such as a cigarette factory, a coffee distribution company, and a maritime taxi service.

The death of his former neighbor, US citizen Gregory Viant Faull, during McAfee’s time in Belize, caused Faull’s daughter to accuse John McAfee of paying $5,000 to the person who killed her father. He fled Belize to Guatemala to avoid prosecution.

Thinking of precaution and personal safety, he armed the city’s police with weapons and ammunition and even created an armed army.

In 2012 he was found in Guatemala and was arrested in a detention center so he could be deported back to Belize. However, he later told the press that he had faked a heart attack twice so he could help his lawyer have enough time to avoid being turned over to Belizean authorities.

His efforts were successful and he was able to return to the United States later.

As a member of the Libertarian political party, John McAfee tried to run for the White House in 2016 and 2020, but both bids failed before voting days.

John accused the latest McAfee versions of being “bloatware,” making devices slower rather than protecting them from viruses.

In 2014, he even claimed that his creation had become “the worst software on the planet”.

In the last years of his life, he dabbled in everything from cryptocurrencies to recreational drug use, and his opinions often sparked controversy.

18. Biography worthy of a blockbuster

McAfee was convinced that his story could make a good Hollywood movie, so he sold the production rights to Warner Bros. John McAfee said he was very grateful for the company’s dedication to taking its path to thousands of people.

John believed, for example, that taxes were illegal, and in 2019 he publicly stated that he had not filed an income tax return since 2010.

That year, he lived on a boat moored in international waters, just out of fear of being arrested for tax evasion.

In 2020 McAfee was arrested at the airport in Barcelona. The arrest took place because he was wanted by US authorities who accused him of tax evasion for not filing taxes between 2014 and 2016. In June 2021, he was found dead in his prison cell.

So, what did you think about these curiosities?

There is no doubt that John McAfee was a controversial and unconventional character throughout his life and this becomes clearer when we know a little more about him.

A libertarian lunatic, who built a story worth remembering, despite all its moments of glory and decay.

In other news, if you want to be safe online, check out the best Android password managers!