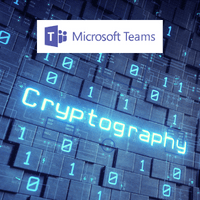 
E2EE (end-to-end encryption), as it is also known, is a security feature that protects data during message exchanges. It ensures that the content is only accessed by both sides of the conversation, that is, sender and recipient. 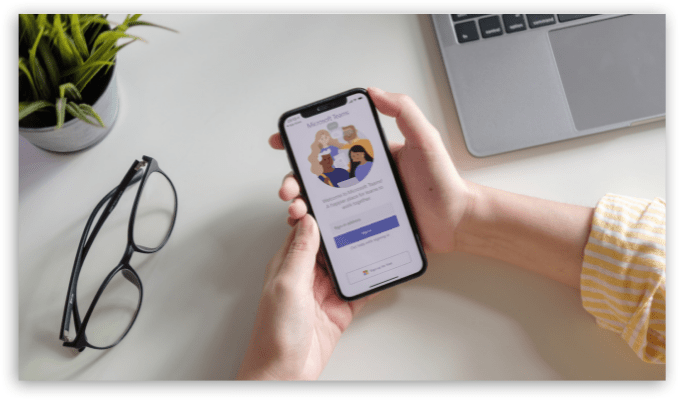 Previously, encryption was performed with data in transit and at rest. This allowed authorized services to decrypt content for data retention logging purposes. The increasing demand for online meetings in 2020 and the growing demand for software like Teams and Zoom meant that security and privacy needs had to be improved and built upon.

The demand to develop more effective strategies to protect companies and their data has increased considerably. With that in mind, Microsoft recently announced this new functionality, giving IT administrators the option to enable and control E2EE for individual calls.

However, even with the feature available, users will still need to enable it, as end-to-end encryption is disabled by default.

1. How to enable encryption

Initially, only company IT departments, or administrators, will be able to enable end-to-end encryption for Microsoft Teams users.

There will also be the option to enable encryption only for a group of people, such as leaders and users who handle sensitive information, or for the entire company. Also, both parties in the conversation must enable this setting to enable E2EE.

To enable the feature, the user will see the option in their settings, after authorization from the administrator. Encrypted calls support basic functions such as audio, video, screen sharing and chats, but activation prevents certain functions from working, they are:

At last, it is worth noting that if you need to use one of the features above, you can disable E2EE to use them the same way you enabled in the first place.

2. How to know if encryption is active on my Microsoft Teams app?

After the policy goes through and admin clearance is up, users will see a setting to enable end-to-end encryption for their individual calls.

To enable end-to-end encryption, users can follow these steps:

How can both parties confirm that they are on an end-to-end encrypted call? With this release, users will see the encryption indicator in the Teams call window in the upper left corner. This indicator shows that the call is encrypted.

Teams also displays a security code for the call. To confirm that end-to-end encryption is working correctly, verify that the same security code appears for both the caller and the called party.

If you haven’t enabled end-to-end encryption, rest assured, Teams still secures a call or meeting using industry-standard encryption. Data exchanged during calls is always secure in transit and at rest.

3. How to enable end-to-end encryption on my phone?

E2EE can also be used when users are on a mobile device with the latest update for iOS and Android.

Just like the desktop app, users can verify that the code matches to ensure that both parties are in an end-to-end encrypted call.

As of now, standard Microsoft 365 encryption secures group audio/video calls, while end-to-end encryption is not available.

Are you ready to have end-to-end encryption on your Microsoft Teams call?

Are you still unsure what app to use for your calls and group meeting? Check out the Top 9 reasons to start using Discord today!