Skip to content
Tutorial Games
GG: What does this slang mean among gamers?

GG: What does this slang mean among gamers?


As far as Internet acronyms go, “GG” is among the most popular. It’s also among the most polarizing because depending on when and how it’s typed, it can be either very polite or incredibly rude.

What does GG mean?

GG stands for “good game” and is intended to be a sign of good sportsmanship in online gaming. By saying “GG” at the end of a match, you are signaling that you enjoyed the game and that your opponent fought well.

Consider it the online equivalent of shaking hands with your opponent after a game in real life. It is a show of respect. 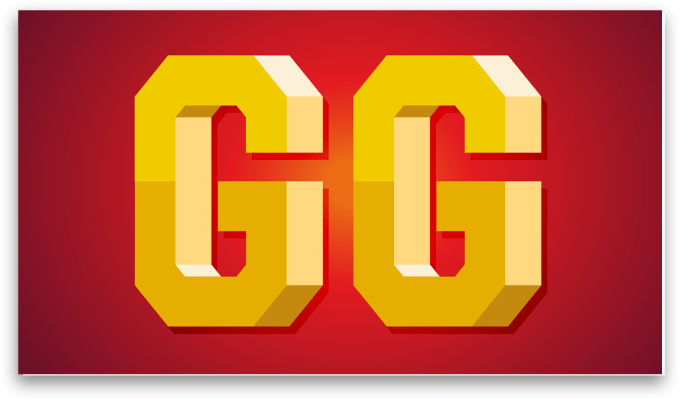 There’s no documented case of the first time GG was used, but there’s little doubt that the acronym got its start among gamers in the late 1990s when online multiplayer games started to gain popularity.

It didn’t take long for the phrase to become customary among polite players at the end of a game. Nowadays, it is used in almost all online games that have text or voice chat.

Games like “Rocket League” even have a quick chat option, which means you can just press a button and the game will send “GG” for you.

In “League of Legends”, saying GG after matches can earn “honors”. These honors, awarded to players that others love to play with, can yield special or exclusive rewards.

The GG abbreviation has evolved over the years and there are several common variations in use today.

GG WP means “good game, well played”. This is a common compliment that both the winner and loser of a game can give their opponent to gracefully recognize their skills.

GL HF means “good luck, have fun”. This one is used at the beginning of the match rather than at the end, and has a rather obvious meaning – it is used to start the game on a positive note, wishing your opponent luck.

GG NO RE means “good game, no rematch”. It is usually typed by the loser of a one-sided game, saying, in other words: “I was defeated so disgracefully that I don’t even want to try again”.

GG EZ stands for “good game, easy”. This is often said to insult a losing opponent after you win – in other words, “It was a good game because it was so easy to win”.

Of course, like most internet slang, there are nuances too. The loser of a match might say this self-deprecatingly or as a subtle compliment to the winner.

How to use GG online and in real life

The easiest and simplest way to use GG is to simply say it at the end of a game whether you won or lost. Very few people will be upset with you for saying you enjoyed playing with them.

But while this is the most common use of the GG, players have found other ways to use the acronym, often reversing its meaning.

For example, using “GG” at the start of a game is often seen as poor sportsmanship – the player is goading the opponent, implying that the game will be so easy that it will basically be over before it starts.

Similarly, “GG” is used after a particularly bad moment in a game. If your opponent plays poorly or misses, making it easier for you to win, saying “GG” can be seen as sarcastic and rude.

In recent years, “GG” has moved beyond games and now people use it in real life as well. This means that there are all kinds of situations where you’ll either hear someone use the phrase or get a chance to use it yourself.

For example, GG is usually said at the end of a multiplayer game. Both the winner and loser can write or say “GG”, which can be followed by a compliment or remark.

For example, “GG, you almost had me near the end” or “GG, you caught me off guard.”

You can use “GG” at the end of real life games like golf, tennis or poker. Be aware that if you’re talking to people who don’t play video games, they might not know what you’re talking about.

So stay with us and share this article to show that friend who doesn’t know what GG means!