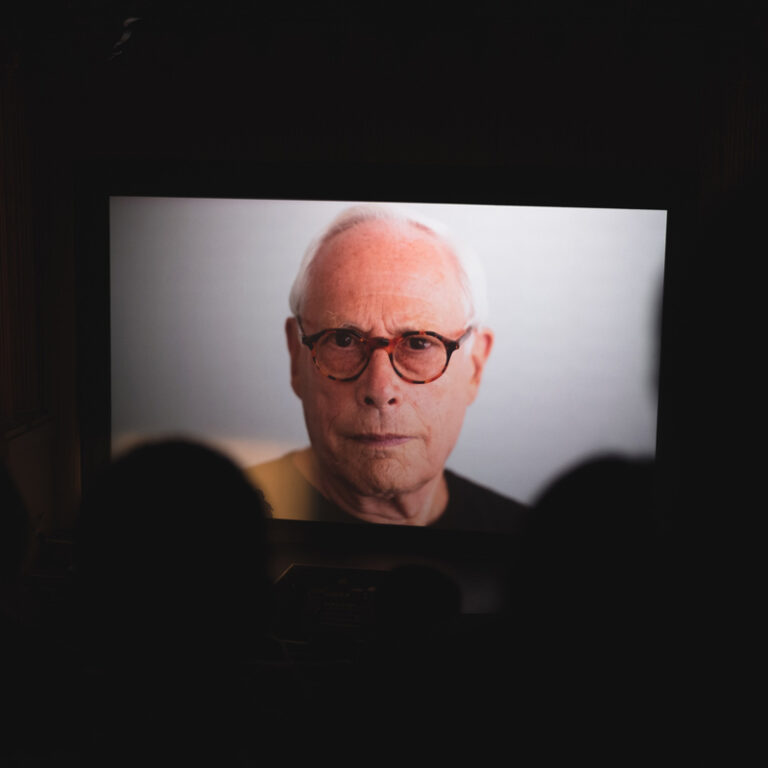 
Documentary series may not be as popular as fantasy series or war series, like Game of Thrones or Stranger Things, but they tend to have a big impact on those who watch them.


Often they bring to light invisible issues in our daily lives, explain how the world works or simply tell real stories that are ever so more unbelievable than fiction. It is no wonder that watching a good show of this genre helps us to have a more conscious view of our actions towards the world.

That’s why we’ve gathered in this article some of the best documentary series that you can watch in the best streaming services available on your computer or cell phone.

Check it out below!

1. Elize Matsunaga – Once Upon a Crime

We start our list with this documentary series that brings the version of the history of the Brazilian nursing technician convicted of the murder and dismemberment of her husband, Marcos Matsunaga, the events that shook the country in 2012.

In its very emotional storytelling, Elize says that she decided to make the documentary for her daughter, to tell her the truth of what happened. There are lines and scenes that try to convey who Elize truly is. Available on Netflix. 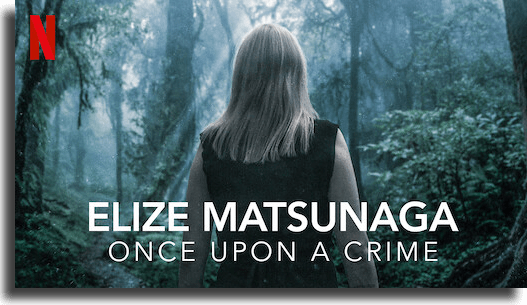 An important documentary about the environment, Our Planet brings jaw-dropping images of the natural diversity that still exists on the planet, a quiet and somber reflection when considering the serious risks these ecosystems that human actions on Earth are causing.

Focused on exuberant photography, the documentary series brings a wide and diverse range of curiosities that are not so obvious to those who live sheltered lives in urban centers. Our Planet has only one season and it is available on Netflix.

In his indictment, it is said that many of the crimes denounced by him on his program were orchestrated by the presenter himself, who has become a kind of “bigshot” in the popular and political scene of the city. The orchestrated killings became content for his TV show.

The series’ episodes show evidence and testimonies both in favor of the presenter’s innocence and against it, successfully presenting the truth in more ways than one. Was Wallace a kind man, as many of the population seem to suggest? Or was he a cruel, greedy man who manipulated the entire population for his profit? You can answer all of these questions yourself watching Killer Ratings on Netflix.

This original Prime Video documentary series shows in detail the investigation led by Hector Berrellez into the crime committed against Enrique “Kiki” Camarena in 1985.

A DEA agent, the US anti-drug division, Camarena was kidnapped, tortured and killed by Mexican drug traffickers, his story revealed to the world 35 years after his murder. You can watch the gruesome details of Camarena’s life and death by watching The Last Narc, on Amazon Prime Video. 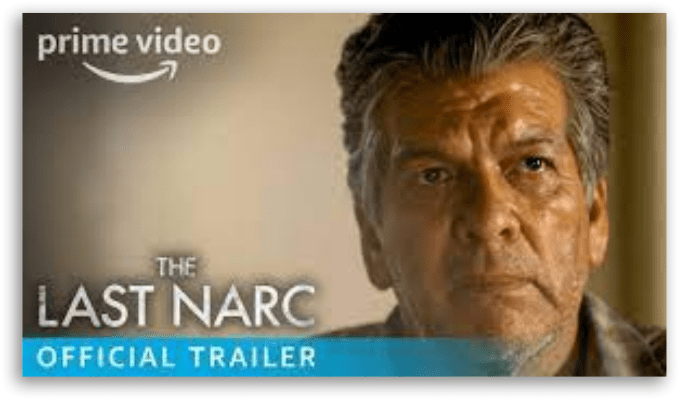 In its 5 episodes, the documentary series Countdown: Inspiration4 Mission to Space follows the crew of the space transportation vehicle Inspiration4, operated by SpaceX, through the first space mission in history composed only by civilians.

Presenting images, interviews, documents and other important data, we are shown the daily life of those involved in this milestone in human space history. How were those moments leading up to launch day? Who were these brave astronauts? You’ll see answers for these questions and more in Countdown: Inspiration4 Mission to Space.

Keep in mind that SpaceX is the aerospace company of South African billionaire Elon Musk and that the series is available on Netflix. 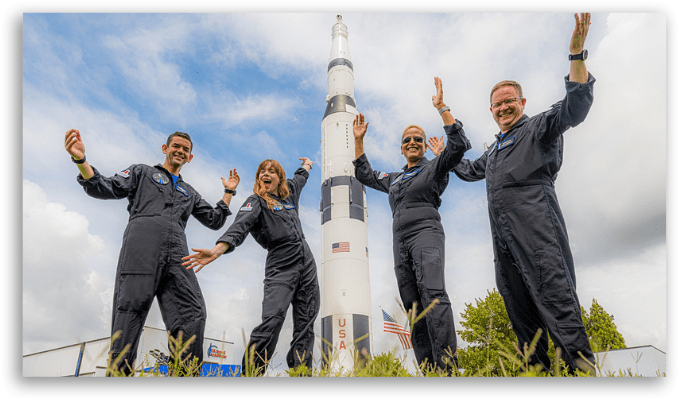 5. Human – The World Within

Changing up the consistent theme of this list just a little, we bring to the list of the best documentary series of 2022 this incredible universe within each of us to discover the biology common to all humans.

In this Netflix series, the show reveals the science behind how our bodies work, the complexity of which is illustrated by impressive accounts from people around the world.

Each episode explores the depths and unravels the mysteries of the 6 systems of the human body: nervous, circulatory, digestive, immune, sensory and reproductive. And, drawing from the experiences of this diverse group of people, the episodes show how our lives, passions and goals are powered by the bodily systems that define us as a species. 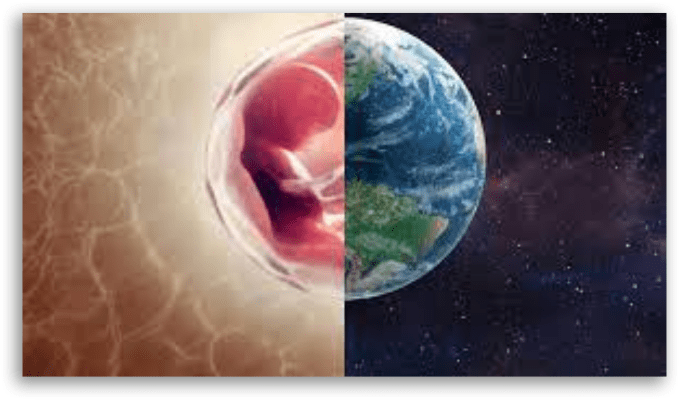 Have you ever wondered how things work? Ever been curious about current themes like cryptocurrency? Maybe you’ve always wondered why it is so hard to stick to a diet? These and many more questions are answered in this show, Explained!

This documentary series chooses and goes in-depth into recent and relevant topics, trying to explain as best as they can what they are all about. The series got so popular that it spawned spin-offs, such as The Mind, Explained and Coronavirus, Explained.

If Explained sounds like a good time for you, you can check out more on Netflix. 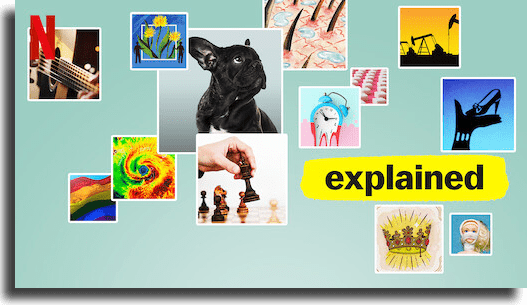 7. Abstract: the Art of Design

Design is an aspect of everyday life that we pay little attention to, but it is always present around us. Objects, products, houses, commercial buildings and social media posts: everything we see has design elements in its conception.

Taking more into the contemporary art side, Abstract: the Art of Design explains exactly how design influences every aspect of our lives. A gem among documentary series, Abstract also cares about showing who makes this abstract work and helps make it a reality.

You can watch Abstract: the Art of Design is available on Netflix.

Another wonderful recent documentary to watch as a family on Netflix is Animal. A great watch for those who enjoy not only nature, but also its fauna, the living inhabitants that adapted to live in such environments. 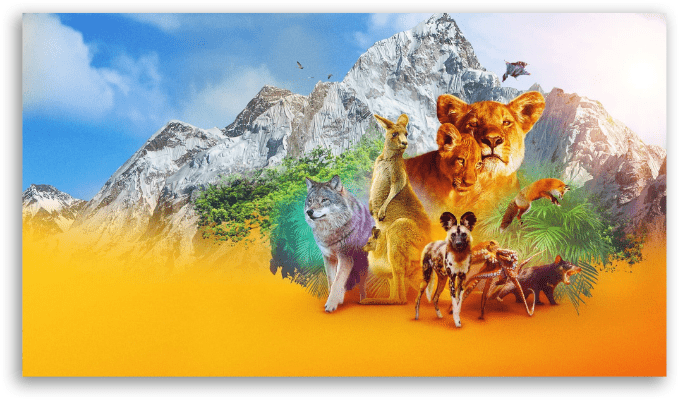 See the world’s most magnificent creatures up close in never-before-seen moments. Images that range from the most touching and intimate to the most visceral and shocking.

You can watch this beautiful documentary series on the animal kingdom right on Netflix.

This Netflix documentary series, which is one of the best documentaries of 2021, tells the story of a DNA test that reveals that three teenage cousins were adopted by different families in the US.

After this discovery, they travel to China to meet their biological parents. There, they piece together their past and form connections with each other.

As mentioned before, Found is available in Netflix.

10. The World’s Most Extraordinary Homes

Closing our list, one of the best documentary series to marathon on a chill Sunday, The Most Extraordinary Homes in the World shows some of the most unusual residences you can find on the globe. Another interesting option for design fans, but with a greater focus on architecture.

In the three seasons of the series, the presenters will show the most unusual houses in different types of environments, such as forests, ponds and cliffs. These houses are located in all kinds of countries like Norway, India, Spain and Brazil!

All three seasons of The Most Extraordinary Homes in the World can be watched on Netflix. 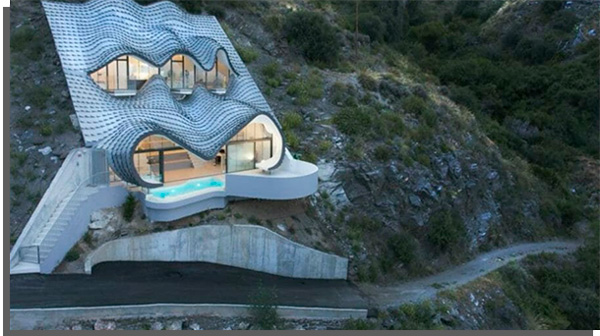 Documentary series: what are your favorites?

Did you watch any of these documentary series before? If this listed helped you find new stuff to watch, perhaps you can suggest it to a friend that might also enjoy it! Share!

And if what you are really looking for are some shows to binge watch, check out our list with our top recommendations!