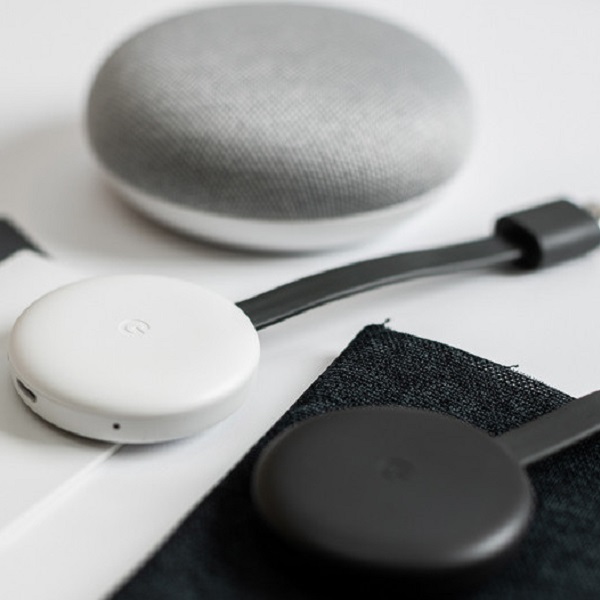 
Chromecast is Google’s device that allows you to cast content from your smartphone or PC to your TV. This is a great help for those who don’t have a Smart TV, but still want to enjoy the facilities they offer. Of course, buying the Chromecast ends up being much cheaper and it can still be used on televisions that have smart functions. This can even increase the number of functions and actions your TV has to offer. Not to mention the hundreds of app options compatible with it. If you are in doubt whether it is still worth buying Chromecast in 2021, just check out our list of advantages below. 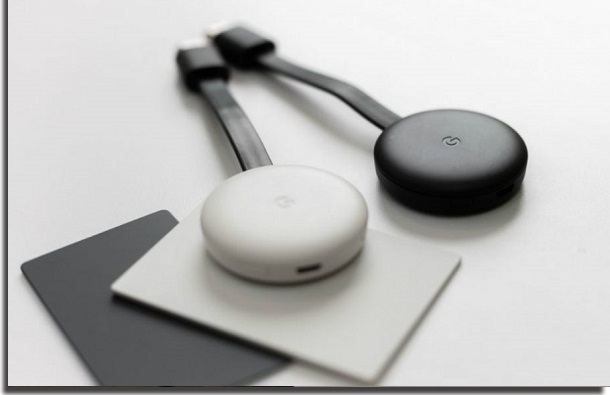 The first advantage of Chromecast is something you notice as soon as you put it on your TV for the first time: its ease of use. Just plug it into the TV’s HDMI input, connect to Wi-Fi via your smartphone and it’s ready to be used.

That means you can stream content right away. Either from an app or from something saved on your phone. This is great for anyone who doesn’t want to deal with unnecessary menus or options.

Can be controlled on Smartphone

Since we mentioned its ease of use, it is worth mentioning that it can only be controlled by your smartphone. All you need is the Google Home app to make the connection and any app or video site will already have the option to stream.

Volume controls, play, pause and other options of this type are also directly on the cell phone. Which brings even more agility in your activities with Chromecast.

Another fact that is important to mention is that although the entire Chromecast control takes place on the smartphone, this does not limit its use. You can continue to use your phone at will and any other app while the stream is in progress.

You can even leave the streaming app in the background if you prefer. This gives much more freedom to the user, who doesn’t need to be stuck in only one application at a time.

Turns your regular TV into a Smart TV One of the big reasons to buy a Chromecast is to turn your regular TV into something very similar to a Smart TV. This type of TV comes with internet access and some apps installed, including Netflix, YouTube and Amazon Prime Video.

With Chromecast in hand, you can leave any regular TV with these apps. This is a great option for those who already have a television and don’t want to spend a lot of money buying another one that is smart.

In addition to just turning your television into a Smart TV, Chromecast can still give you more options even on Smart TV. Let’s say your TV comes with a web browser, Netlfix and YouTube, but you want to watch something from Crunchyroll or Twitch.

These apps may not be available to install on your TV, but they can be streamed via Chromecast. Definitely a good reason to buy Chromecast.

Speaking of apps, there are hundreds of apps that are fully compatible with Chromecast. In addition to those already mentioned above, it is worth talking about apps with Spotify, Crackle, Google Play Movies, YouTube Music, Facebook and much more.

Even websites that have some video player may be compatible. In general, almost everyone has the casting option that appears as soon as a Smart TV or Chromecast is detected on the Wi-Fi network.

Of course, Chromecast isn’t just for streaming content from external apps. You can also take advantage of the device to transmit photos and videos that are saved on your smartphone.

This makes life much easier for those who want to show their vacation images to family and friends, for example. Another good use is to watch a movie or series stored on your cell phone.

By the way, there is another type of additional content that is great to have both on normal TV and on Smart TV. With that, buying Chromecast is a great way to avoid having to move this content to a Pen Drive. 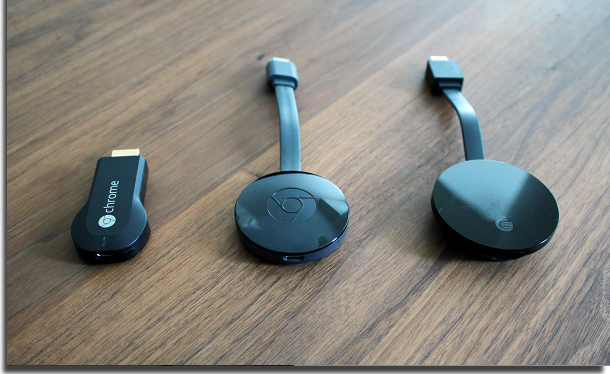 Something interesting that you need to know before buying Chromecast is that it already has a few different models. There are four versions released: the original, Chromecast 2, Chromecast 3 and Chromecast Ultra.

The difference between Chromecast 3 and the first two is that it is faster, has a different design and manages to transmit at a higher resolution and with more frames. It is best suited for most users who want fast transmissions in Full HD at 60 frames per second.

The Chromecast Ultra is for those who want 4K broadcasts. As it is more expensive and kind of needs a faster internet to be efficient. Even so, it is not as popular as other models.

One of the best things about a device with Chromecast is that it is very small and portable. It’s very easy to take it anywhere, whether in your purse, backpack or even in its original box.

He just needs a socket for his power source the TV with HDMI input to work. This is great for when you’re traveling or spending the day at someone else’s house and want access to the content you want to stream.

As it is not necessary to make an account or registration, you just need to connect the Chromecast to the local Wi-Fi network. A simple way to increase the amount of content you can watch.

Finally, the price is worth mentioning if you’re on the fence about buying a Chromecast. It is one of the cheaper options compared to other streaming devices like the Apple TV and Amazon’s Fire TV Stick.

Currently, you can buy Chromecast 3 (the most current one) for around 200 reais. The original model and its successor can be found in the range between 100 and 150 reais in some stores.

It is definitely cheaper than buying a Smart TV or subscribing to cable TV, for example. Of course, anyone who wants the Chromecast Ultra will have to pay a lot more. After all, it costs about 450 reais and is not so easy to find.

Decided if it’s worth buying Chromecast yet?

Did you take advantage of our list to find out if it’s worth buying a Chromecast in 2022? Don’t forget to share with your friends and tell them what you think about the advantages of this Google device.