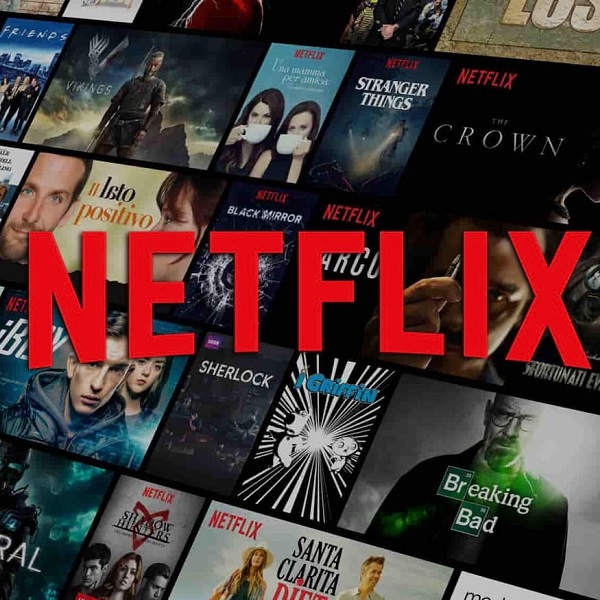 
Not everyone has the courage to watch movies like this, but you can’t say that horror movies aren’t at least very interesting. Fortunately, it is much easier to find new features to check out on websites to watch movies, especially when it comes to Netflix horror movies.


So that you don’t end up seeing one of those bad and very cliché productions that infest this genre, we’ve prepared a list of the best Netflix horror movies. Check it out in detail below! 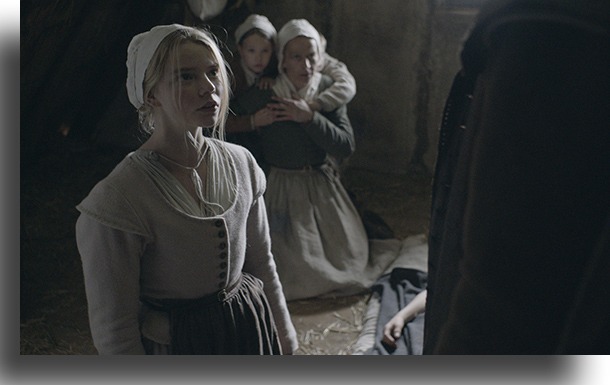 We start our list with this movie that takes place in New England in the 1630s.

The couple William and Katherine lead a Christian life with their five children in an extremely religious community, until they are expelled from the place for their faith is different from the one allowed by the authorities.

The family starts to live in an isolated place, on the edge of the woods, suffering from the scarcity of food. One day, the newborn baby disappears.

Had he been eaten by a wolf? Kidnapped by a witch?

As they search for answers to the question, each family member faces their worst fears and their most damning side. 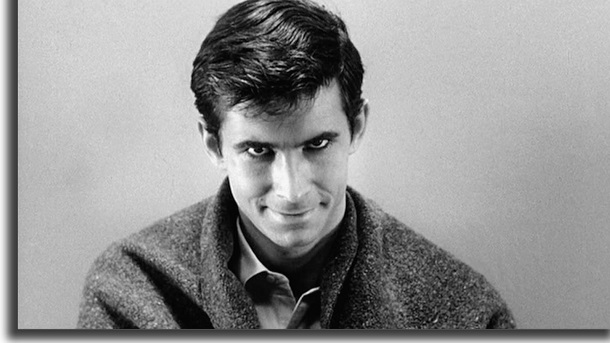 One of the most famous horror movies ever made. Even if you haven’t watched Psycho, chances are you’ve heard about it or even seen parodies of it.

The plot follows the owner of a roadside inn, who apparently has issues with his controlling mother who lives in the house nearby. After a guest is murdered in one of the rooms, the police begin to investigate the establishment.

Blair Witch Project is another great feature that could not be missing from the list of Netflix horror movies. Even years after its release, it remains as scary as when it was fresh.

Its entire story is based on footage found in the forest, but the group that recorded it was never found. It is through these images that we see the entire film, following all the situations and places the group went through until it disappeared.

This was the film that popularized the “found footage” theme. That is films that present themselves as real instead of relying on more traditional filming and production.

Five people travel in a motorhome through Italy and, in a certain part of the way, they end up having an accident when dodging a dead animal on the road.

When they wake up, they are in an unknown place. And it looks like it won’t be so easy to escape… with their lives!

A pretty cool option for those who like more traditional horror movies is The Conjuring. This feature was such a success that it had multiple sequels that were also very interesting.

Perfect for those who like movie trilogies to binge-watching.

The franchise follows a couple of paranormal investigators who really existed, Ed and Lorraine Warren.

In this first film, they are called to help a family that has noticed several strange happenings in their home. Although they are skeptical at first, the couple decides to investigate and discover that disturbing events have taken place there.

If you found The Conjuring interesting, we can’t help but recommend its sequel as well. It basically follows another case investigated by the Warren couple.

The story takes place a few years later in another residence. Just like the first time, there are paranormal happenings happening, not just in the house but with family members.

6. In the Tall Grass

A pregnant woman and her brother are surprised after hearing a child’s cry for help coming from inside a bush in Kansas.

They decide to answer the help calls and enter the place. However, they soon discover that once inside it is impossible to get out. 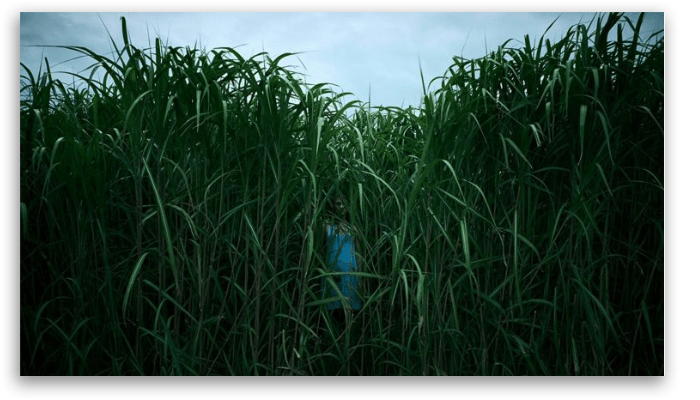 Following the example of the Blair Witch Project, the movie Paranormal Activity also follows the theme of “real images”. And it was so successful that it won several sequels over the years.

For those who haven’t seen it yet, the plot focuses on a couple who placed security cameras around the house and with that noticed several strange happenings. Soon, they start trying to film more and more of these events, which are getting much more violent.

We couldn’t help but recommend Don’t Breathe on our list of Netflix horror movies as well. It has been very successful recently even though it is considered a low-budget production.

It’s the story of three thieves who make money by breaking into the homes of rich people.

When one of them learns about a blind war veteran who made a lot of money from the death of his only daughter, he becomes the next target.

Only after the invasion, they are trapped inside and discover that the victim is not harmless at all.

Since we recommend so many successful traditional productions, it’s worth mentioning a totally original movie by Netfilx. In this case, we are talking about Bird Box, one of the biggest hits on the platform to date.

The story shows a woman who takes two children on a journey in a post-apocalyptic world. The interesting thing is that what caused this situation is a mysterious presence that drives people to suicide.

To prevent this from happening, the entire trip needs to be done with everyone blindfolded. Quite different, isn’t it?!

Entering our list of Netflix horror movies, this is a recently premiered production.

After years without his daughter’s custody, Li Ronan believes he has overcome his traumas after breaking a taboo during a sacred family ritual and that he can now raise her properly. Despite the fear and insecurity still prevailing along with the sinister occurrences in his home after the child’s arrival.

A refugee couple makes a harrowing escape from war-torn South Sudan, struggling to adjust to their new life in an English city.

What they didn’t realize is that this city has a terrible evil lurking beneath the surface, just waiting for the right moment to rise. 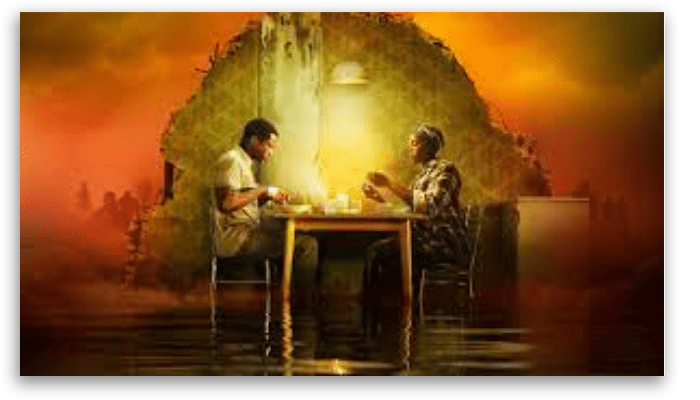 After her husband disappears on a secret mission, a biologist joins an expedition with three other women in a region known as Area X.

A place isolated from civilization in which the laws of nature do not apply.

There, she must deal with mysterious contamination, a murderous animal, and still search for clues from colleagues who are disappearing, including her husband.

If you like horror and science fiction movies, our next movie on the list is for you!

When an alien child lands on the land of a rural couple, they decide to raise the boy as their own.

A story that makes us wonder what the world would be like if Superman was evil.

A tip for those who want more recent Netflix horror movies is Veronica. The movie has some more cliché elements, but it’s still fun and interesting.

We follow a young woman who tries unsuccessfully to contact her deceased father. She does this through an Ouija board with her friends but then becomes haunted by various supernatural presences that threaten her entire family.

Here’s another nod to anyone who enjoyed the first Conjuring. After all, Annabelle is nothing more than a spin-off based on the possessed doll we see in the first movie.

So, with this production, we can learn more about the doll’s history and where she walked before being captured by the Warrens. Although it’s not as good as the movie it was originally from, it’s still pretty fun.

16. When a Stranger Calls

Even if you haven’t seen When a Stranger Calls, it’s quite possible that you’ve heard a similar story. After all, the plot has already been retold several times in different media.

We follow young Jill, who has just started working as a nanny in a remote house on top of a hill. After the kids are asleep, she locks the door and turns on the general home alarm, but that’s when a series of phone calls begin.

In these calls, a stranger repeatedly insists that she check on the children. Jill manages to trace the calls and discovers that the calls are made inside her own house.

Next, we are going to recommend a movie called Eli. This is not a movie as well known as the others, but you can’t miss it.

Its plot follows the parents of 11-year-old boy Eli, who is undergoing treatment for his rare autoimmune disease. The problem is that they discover that the clinic where the boy is hospitalized is not as safe as they thought.

Another movie based on the work of the amazing Stephen King. In 1922 some issues are in focus. Doubts like what drives someone to take the life of another? What are the consequences of these acts?

In this film, Wilfred James is a man who loves his land and dreams of living in it and passing it on to his son. However, his wife Arlette, heiress to a piece of land that would considerably increase Wilfred’s farm, has more ambitious plans that meet her husband’s simpler wishes.

And it is from this conflict that Wilfred begins to change. The peaceful farmer begins to cultivate more and more hatred for his wife and little by little turns into a violent and manipulative figure.

Now let’s talk about another sequel in this Netflix horror movies list: Creep and Creep 2, produced by Blumhouse, this studio famous for low-budget horror films that generate huge profits.

In Creep we have the story of Aaron, a filmmaker who accepts a job from an internet advertisement. He meets a certain Josef, who needs to shoot eight hours of footage of his daily life. The justification is that the man has terminal cancer and would like to record his day for his unborn child.

But the recordings begin to have requests and bizarre stories, leaving the filmmaker intrigued. Realizing little by little that that sick man is not what he seems to be.

Creep 2 follows the same character by Mark Duplass who hires a young cameraman to film a documentary about him.

The young woman has an internet program in which she makes herself available as a (non-sexual) escort for a day.

However, at the beginning of the film, he reveals to the cameraman that he is a serial killer, however, the young woman does not believe at the same time that she is being seduced by the character’s oddities.

With an ending full of surprises and innovation in the right measure, Creep 2 manages to maintain the level of quality of its predecessor and captivates the viewer with the charisma and eccentricity of the villain and the curiosity about what can happen in each scene. 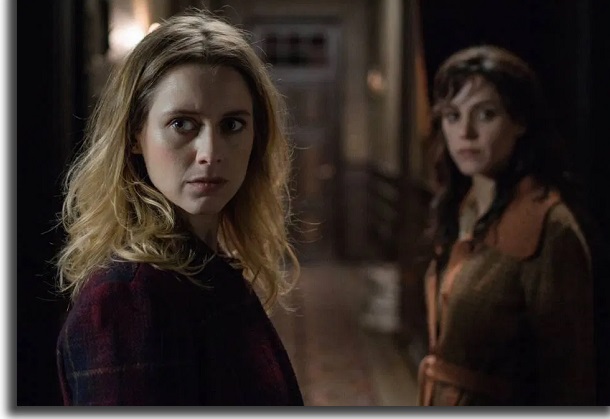 To end our Netflix horror movies list, we have this Spanish production called La Influencia. It’s one of those movies that most people would actually get to know through the streaming platform.

Its plot focuses on Alicia, who has returned to the house where she grew up after running away many years ago. She tries to rebuild her life with her husband and son while still having to face her past on the spot.

Other than that, the girl still has to deal with and take care of the matriarch of the family that remains alive. However, this woman is in a deep coma and barely survives with the machines that support her.

Did you take advantage of our list to know some of the best Netflix horror movies tips? So don’t forget to share it with your friends.

We still recommend that you take a look at our spy movie and western movie tips!