You keep an eye on the news of the latest releases but your PC is too weak to run that game?


Do you like video games but don’t have the funds to spend on a high-end machine?

Does your computer also serve as a heater when you try to play a newer game and it’s so weak that it won’t lift a butterfly’s wing? We have the solution for you.

We have separated, in this article, several games that have quite simple requirements, but that have a lot of quality.

This game is perfect for a weak PC: A sci-fi colony simulator that is driven by an intelligent AI storyteller. 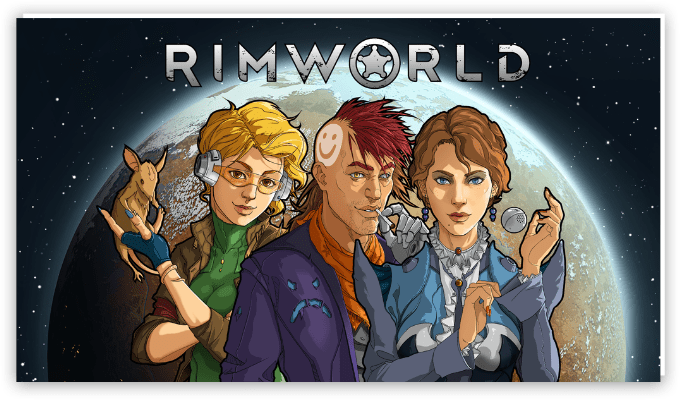 Rimworld is, without a doubt, one of the best games I’ve ever played. It generates endless stories about an extraterrestrial colony and there are enough mods so you’ll never be bored again.

The graphics are very simple and the game runs well on any machine produced in the last ten years.

The base game itself guarantees endless hours of fun, which are diversified with Royalty DLC, which includes titles of nobility, psychic powers, a quest system, mech sets, imperial technology, and new music.

Soon, developer and distributor Ludeon Games will be releasing a new DLC, called Biotech, which will add mechanics like genetics and the possibility for your colonists to have children. Personally, I can’t wait for it to come out.

Speaking of pricing, the base game is currently priced at $ 34.99 on Steam, without any DLCs.

It may seem too expensive, but I personally advise anyone who wants to embark on this adventure to buy the base game and buy the DLCs over time if the interest in the game remains.

Fast turn-based strategy RPG with real-time combat. Develop your cities and armies, level up your heroes, and gain skills and spells.

Explore the wonders and dangers of procedurally generated maps. Conquer your enemies before they conquer you.

Hero’s Hour is one of the few turn-based games that give me that addictive feeling of wanting to play “just one more turn” and by the time I know it, four days have passed.

You are placed in charge of a city and a hero, and at each turn, you choose an action for your city(ies) and your hero(es), facing increasing challenges and improving your skills and the infrastructure of your city.

The objective of the game is to eliminate enemy factions before they eliminate you. It’s a simple premise but, in practice, it’s quite engaging.

Its graphics are simple, which allows a wide range of machines to run the game.

Like RimWorld, this is another game that I highly recommend purchasing through the Steam platform, as it offers the Workshop function, which offers dozens of additional factions and quality-of-life modifications for free. And it is a perfect game for those who have a weak PC.

Take down thousands of night creatures and survive until dawn!

Vampire Survivors is a casual gothic horror game with rogue-lite elements where your choices can allow you to quickly become invincible against the hundreds of monsters that are thrown at you. 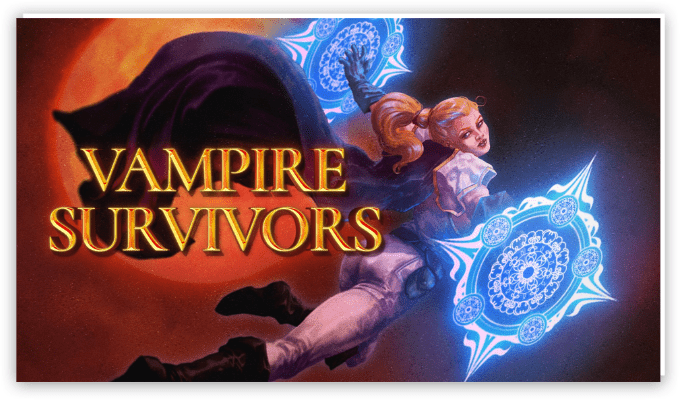 Vampire Survivors is a casual game for the early hours only. As you unlock skills, characters, and maps, it proves to be an extremely complex game with a lot of content to explore.

The graphics are nice but very simple and any weak computer runs it very well, even with hundreds of enemies on the screen at the same time.

There are few sensations as satisfying in the game as when your level is so high that enemies can barely get close to your character before being obliterated by infinite barriers of power.

the game is on Steam, and it’s a little-known indie gem that certainly deserves more attention.

Another game that is perfect for a weak PC, Noita is an action and magic rogue-lite set in a world where every pixel is physically simulated.

Fight, explore, melt, burn, freeze and evaporate using spells you create in a fully destructible world. Explore and see how much trouble you can get into! 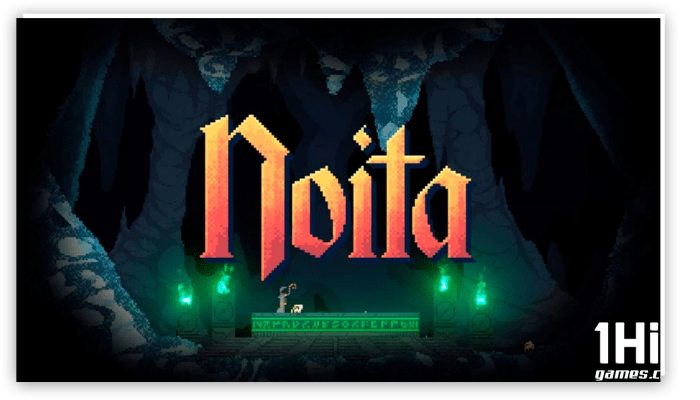 Can you imagine a game where every particle is physically simulated, being able to melt, explode, soak, etc? This is Noita.

It may not run on all machines available, but its graphical simplicity allows a large number of PCs to still have an excellent performance in this complex game.

Adding the possible amount of enemies to be faced, unique maps in each game, and a multitude of possible spells, not to mention an extensive selection of mods that allow you to expand even more the almost infinite variety of game scenarios, fun is guaranteed.

The game requires quick reflexes and a rather steep learning curve, requiring a lot of attention and quick thinking, but it is highly recommended for its infinite replayability.

Currently, the game is on Steam and guarantees hundreds of hours of entertainment exploring every possibility that the title offers.

You inherited your grandfather’s old farm in Stardew Valley. With second-hand tools and a few coins, you’re off to start your new life.

Will you learn to live off the land, to turn this thicket into a prosperous home? 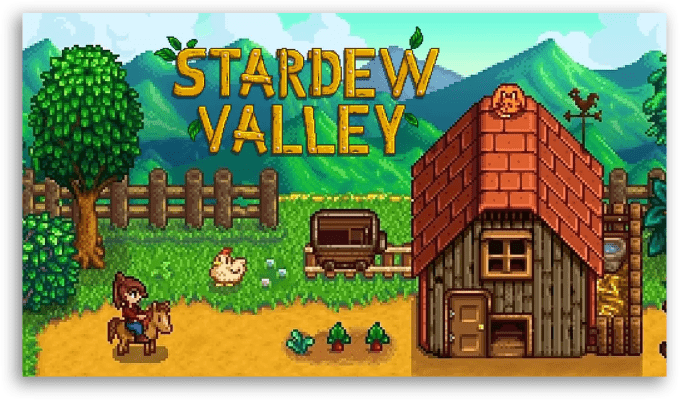 This is a light game, both in system requirements and in atmosphere and pace, which is great for those who have a weak PC. With hundreds of mods that give you the ability to shape the game however you want, the Stardew Valley community is very welcoming.

The game also has constant free updates and doesn’t lack possibilities to expand your farm. It is also possible to marry several of the game’s characters and have a family with them, containing competent dating sim mechanics.

With simple graphics, it should run even on the weakest PCs, guaranteeing many, many hours of fun.

Stardew Valley is available on Steam.

Graveyard Keeper is a very imprecise medieval graveyard management simulator: build and manage your own graveyard, look for shortcuts to cut costs, develop all sorts of different ventures in it and use all the resources you can find.

This is a game about wild capitalism doing whatever it takes to build a thriving business and it’s also a love story. 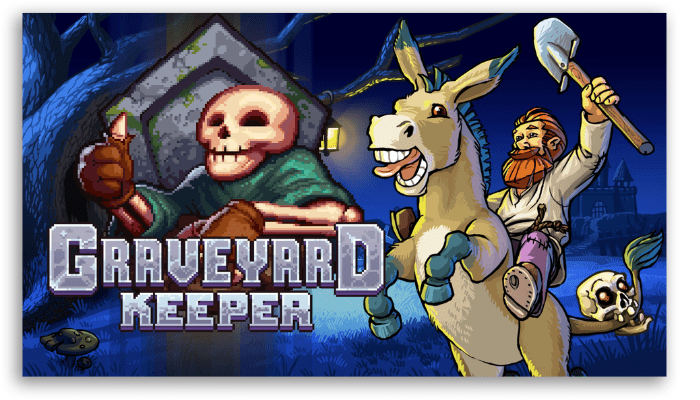 With lots of pop culture references and very morbid humor, Graveyard Keeper feels like a Halloween version of Stardew Valley.

With graphics similar to those of the Super Nintendo, Graveyard Keeper entertains without the need for a powerful machine. It also has several DLCs that expand the objectives within the game and its lifespan.

Graveyard Keeper is available on Steam.

Potion Craft is an alchemy simulator where you physically interact with tools and ingredients to brew potions.

You completely control the entire store: invent recipes, attract customers, and do as many experiments as you like. But remember the whole city counts on you. 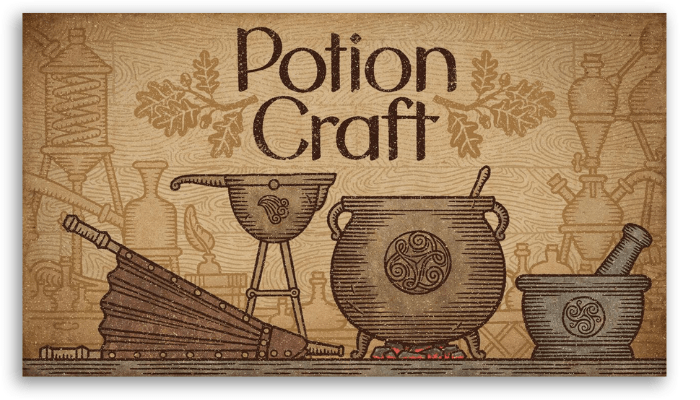 Potion Craft is a game about choices, above all. You decide whether to risk your rare ingredients by exploring new recipes or save them for a time when a customer needs a specific effect.

The game still has humor full of references to pop culture elements and really beautiful graphics with a unique style, but that doesn’t demand much from the system, which is great for a weak PC.

The high points of the experience are the freedom to explore a vast map of ingredients and the unique and charming graphics.

Potion Craft is available on Steam and is worth every penny.

Design, build and manage a school with awesome teachers and amazing facilities, or just let your students… Poop in the bushes?

Academia: School Simulator is a management/tycoon game where you’re the boss! 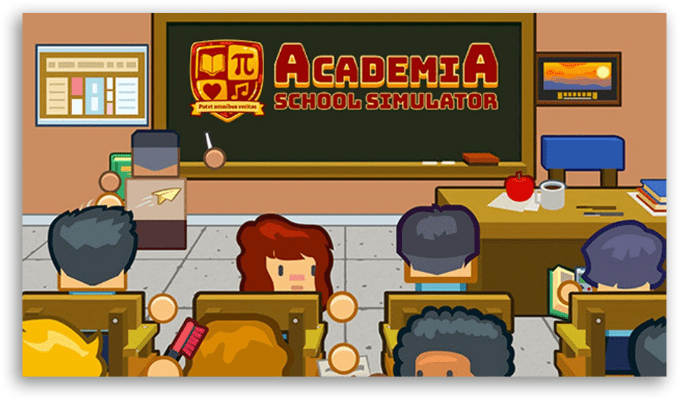 Are you one of the people who saw how your school was run and thought, “Man, even I can do better”? Well, now you can disappoint yourself with plenty of variety in this simulator.

With graphics similar to those of RimWorld, this school administration simulator offers you different scenarios, and challenges and even has a good amount of mods to make your experience more unique.

It goes without saying that this simulator will run on any machine that can maintain itself with Windows 10 as its operating system, as the game doesn’t require much in terms of system requirements being great for weak PCs.

Build your deck, control space, and use the environment to defeat your enemies.

With an evolving roster of skills, you need to train new cards, improve old ones and find perfect combinations to defeat opponents and end criminal organizations around the world. 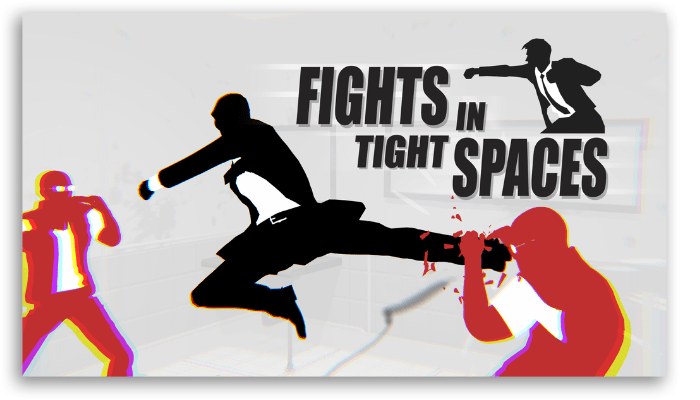 Do you like action movies with fight scenes in tight spaces? Do you like cool combos and beautiful combat choreography?

If you answered yes to at least one of the previous questions, this game will please you a lot.

Fights in Tight Spaces is an unusual mix between a card game and a beat’em up.

You play as a secret agent who is tasked with a wide variety of missions and always has to take matters into his own hands against multiple enemies.

It is very satisfying to achieve infinite combos and distribute high amounts of damage among enemies. The game still has a very unique style, despite the graphical simplicity.

Fights in Tight Spaces is available on Steam.

This game is perfect for those who have a weak PC:

Gather a team of cute pets with special abilities.

Advance at your own pace in free auto-battles. 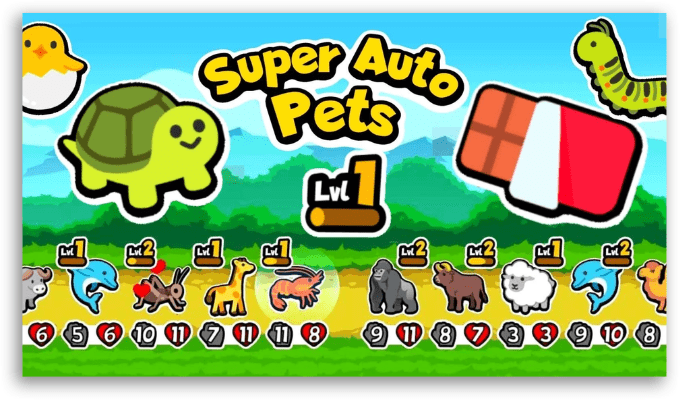 Don’t be fooled by the simplicity of Super Auto Pets’ graphics, once you get into the game, you won’t be able to stop.

It is competitive and there is a large amount of content being made available on YouTube daily about the game.

This is mainly due to one of the latest updates, which added a weekly pet rotation system, which refreshes the game every week.

The game runs on absolutely any Windows machine and is absolutely free to play with cosmetic in-game purchases.

Super Auto Pets is available for free on Steam.

Bio Inc.: Redemption is a realistic simulation and strategy game in which you make life-or-death decisions.

Create a deadly disease to infect and torment your victim or play as the head of a medical team and hope to find a cure to save your human patient. Will you be the plague or will you preserve humanity? 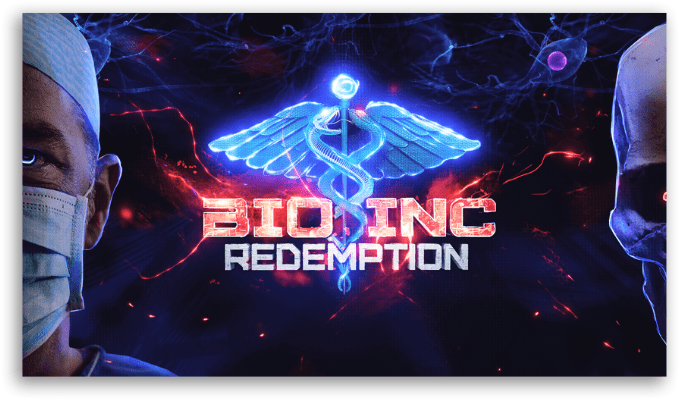 Bio Inc. Redemption allows you to experience both sides of the struggle for a sick person’s life, both as the doctor and as the illness.

With mechanics that demand your full attention and quick decision-making, this game is not for the faint of heart.

Your machine, however, can be quite weak, as any system that supports Windows 10 will perform well with the game.

In short, the game is available on Steam.

We sincerely hope so, and we wish you can be happy playing even with a weak PC. Share this article with friends who also have low-end PCs. Take the opportunity to check out the articles we separated just for you: