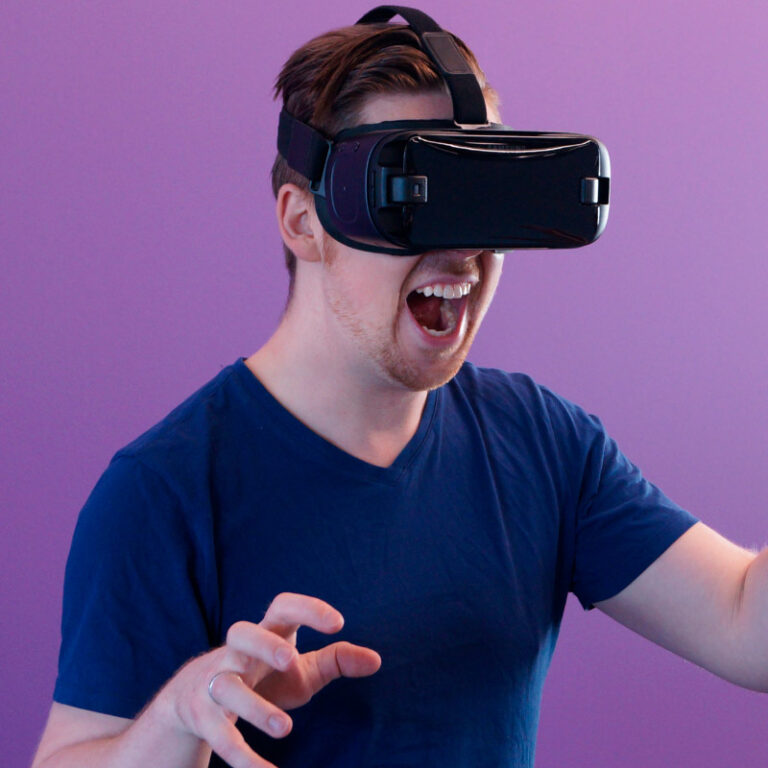 
Virtual reality apps are one of the most impressive technologies of the decade. Thanks to devices like the Samsung Gear VR and the Oculus Rift, it is possible to immerse yourself in virtual worlds much more easily than simulation games for PC, for example. In addition to games made with technology, there are several types of virtual reality applications that you can install on your Android or iPhone.


These apps encompass several categories, ranging from apps for watching movies and series to apps that use technology as a new way of telling stories.

We’ll talk about them throughout the articles as we show you the 18 VR apps for Android and iPhone. So, put your VR device on the charger and get ready to test some of the apps that we are going to show you below!

The largest video platform in the world is also available in virtual reality glasses. Without much difference to the original app, you will have access to the platform’s content.

The big advantage is in the panoramic videos. With technology, you will be able to turn your head to see the surroundings of these videos, making the experience much more realistic.

If you’ve ever enjoyed watching videos in VR, then Google Cardboard is your next step. This virtual reality app brings everything that the original Google Earth brings, but this time it will be as if you were flying to any corner of the world you choose.

The app will allow you to see landmarks, such as the pyramids of Egypt or the American Grand Canyon. It is worth remembering that the app offers a virtual tour guide that will answer your questions about these landmarks.

If Cardboard offers the expansive experience of Google Earth, Google Street View will make you feel like you’re walking the streets of any city you choose to visit.

It is no wonder that it appears on this list of the best virtual reality apps on the market. Google Street View is one of the most interesting experiences and totally different from what we are used to in the standard version of the app.

Google Street View can be downloaded for Android and iPhone and the VR mode is activated in the application itself. 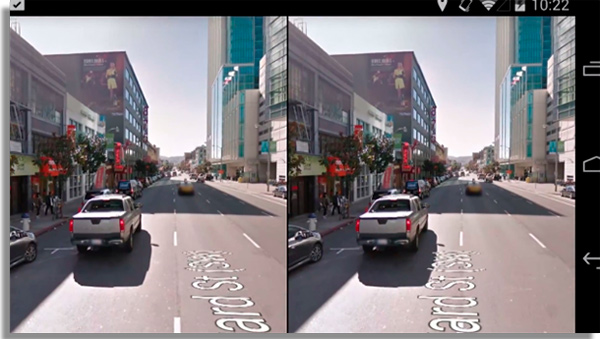 Littlstar can be considered a kind of YouTube specialization for virtual reality experience. While in the YouTube app you can watch any video, Littlstar’s content is optimized for VR devices.

In its collection, you can find special content created by major channels such as Discovery, Fox, and National Geographic, among other productions by large, medium, and small content producers.

While Google Cardboard takes care of small virtual reality apps, which don’t demand as much from your smartphone or tablet, DayDream is the robust version, which brings the apps that demand more from your device.

Not all devices are compatible with Daydream. The applications found in it range from high-quality video displays, games, or immersive experiences, among others. Click on the link to download Daydream on your Android.

This content platform for Google Cardboard also offers different types of experiences. You can use the app to navigate through fantastical realms, explore historical points, or even get to know the universe of series like Mr. Robot, among others.

Other possibilities are following cooking shows as if you were in the show’s kitchen or keeping up to date on the latest in the world of technology.

The platform can be used on Android or iPhone.

Functioning as a virtual reality apps store, Fulldive’s collection involves all kinds of experiences with technology. In addition to consuming content, you can take panoramic photos or record VR videos through the app’s camera software.

See what Fulldive can offer by downloading the app from Google Play or the App Store.

Ever thought about watching your favorite Netflix shows in virtual reality? The world’s biggest streaming service has already thought of this and is laying the groundwork with Netflix VR.

At the moment, it is only possible to enter a virtual movie theater and watch the content statically. However, the company’s plans are to include content created especially for virtual reality technology, where you will be inserted in the series as if you were a camera operator.

Download the Netflix VR app on your Android and also see our full list of the best Netflix shows to watch !

One of the most striking experiences, for example, is the “6×9”, which tries to simulate the reality of those who live in solitary confinement. The Guardian VR is available on Android or iPhone. 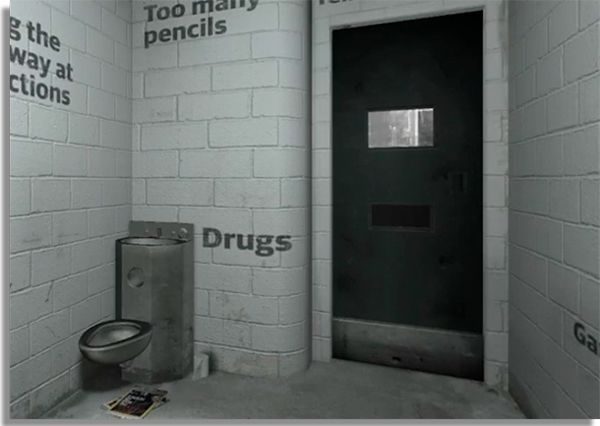 InCell VR is ideal for classrooms, as it is one of the virtual reality apps that helps you learn a lot about biology. It takes its users on a tour inside the human body as if they were microscopic cameras roaming an organism.

It works like a virtual reality game, in which you must run and collect points through the human body. With each stage you pass, you learn more about that industry. Play and learn biology with Incell VR on your iPhone or Android. 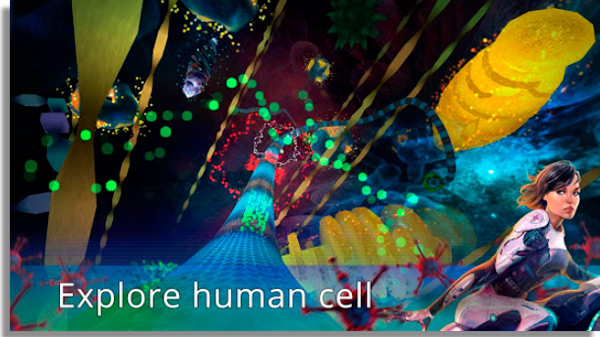 Made for Google Cardboard, VR Space is an astronomy lesson, taken through a tour of our Solar System.

Despite today being an application more focused on traveling through space and its galaxies, the objective of the app is to become an adventure and space shooter game. VR Space is exclusive to Android and can be downloaded via the link.

Like Incell, InMind 2 VR can be considered a biology or medicine class. However, this time you’ll be watching and playing the brains of a teenager named John.

With the game, you can have a greater understanding of the chemistry that involves human actions and feelings, for example. Every time John encounters a new feeling, InMind 2 VR will show you the combination of chemical reactions that make them up.

InMind 2 VR can be played by iPhone and Android users.

Titans of Space serves as a tour of space, similar to what we saw in VR Space. However, you have full control over this tour, being able to explore whatever you want in the Solar System, which is what makes it one of the best virtual reality apps. 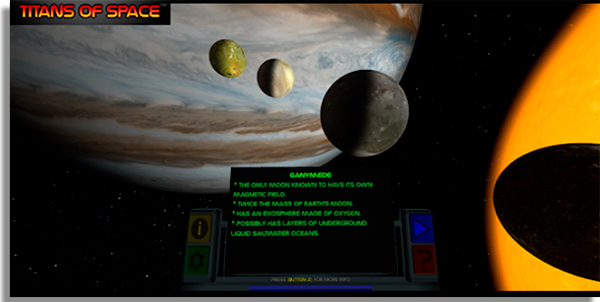 You can either sit back and relax while enjoying the standard ride programmed in the app or take control of your spacecraft’s helm and explore the different options. Titans of Space is exclusive to Android.

Curious about Ancient Egypt? So King Tut VR 2 is a history and mythology lesson about the country. It follows in the footsteps of archaeologist Howard Carter in his discovery of the tomb of the ancient pharaoh Tutankhamun.

The app features notes and original footage taken during the adventure, making it available to anyone who downloads it. Unfortunately, the App is only available on iOS. To live this adventure, download the app on your iPhone here.

There’s no way to create a list of virtual reality apps without putting at least one app that simulates a roller coaster. Available even in malls and arcades, the experience is one of the best known with technology.

Within this category, Roller Coaster VR is one of those that bring the best experience. The app features procedurally generated roller coasters and scenarios. That is, each time you open the application you will see something different.

It is worth noting that it also does not bring ads that interrupt the experience at all times. Download Roller Coaster VR on your iPhone on this link.

Virtual reality apps: which ones do you want to try?

Now that you know some of the best options for getting the most out of technology, tell us: what kind of experience do you expect from these apps? Comment with us and leave your opinion!