Skip to content
Tutorial Android iPhone
Bluetooth trackers: Learn about the 4 best in 2022!

Bluetooth trackers: Learn about the 4 best in 2022!


Do you think you spend a lot of time looking for your keys or cell phone? This scenario typically involves you digging under the cushions and couch, resulting in wasted time and frustration.


No matter how careful you are, losing essentials can happen to everyone. To help you locate or “track” these items with ease, there are Bluetooth trackers.

What is a Bluetooth tracker?

A Bluetooth tracker is an excellent investment for those who are a little distracted or have energetic children. However, choosing the right one isn’t always easy and that’s where this guide to the best Bluetooth trackers comes in handy.

There are a few things we need to consider when buying your first (or next) Bluetooth tracker. First, you don’t have to worry about how the tracker works because all the options on our list rely on Bluetooth and an active network of users to keep an eye on the tracking.

It doesn’t matter if you prefer Apple or Samsung, the basic principle is the same.

As far as the differences are concerned, you should pay close attention to your operating system. If you mainly use iOS, you can completely bypass the Galaxy SmartTag. This is because it only works properly with some Samsung Galaxy devices. The opposite is also true.

You should also think about how much you plan to walk around with your Bluetooth tracker. Some cheaper models like the Tile Mate and Chipolo One are made entirely of plastic and even have water resistance, but they may not work as well against rocks or concrete.

On the other hand, the Tile Pro has a metal frame that can hold up a little longer. See below which are the best Bluetooth trackers for 2022.

Samsung Galaxy SmartTag is the ideal option among Bluetooth trackers for you who are already in the Samsung universe. With a range of just under 120 meters, this little square sticker works with the SmartThings app but is only compatible with Samsung Galaxy phones.

Attach the SmartTag to your keys or wallet, tap the touch button on your phone app and follow the sound and that’s it, you won’t be lost anymore. The Samsung Galaxy SmartTag can even help you find things when you’re offline or out of reach, using the Galaxy Find Network, and you can scroll through the history of where your tracker has been.

The core of the SmartTag is actually a button that allows you to control your IoT (Internet of Things) devices at home with just one click, such as lighting or air conditioning, giving you a reason to use the tracker even when you haven’t lost anything.

Just set up your devices using the SmartThings app and you can turn everything on or off after you leave the house or before you get home.

This tracker uses a replaceable CR2032 battery but has a shorter lifespan than the Tile tracker (see below), lasting a few months instead of a year. You can buy SmartTags in black or oatmeal directly from Samsung. 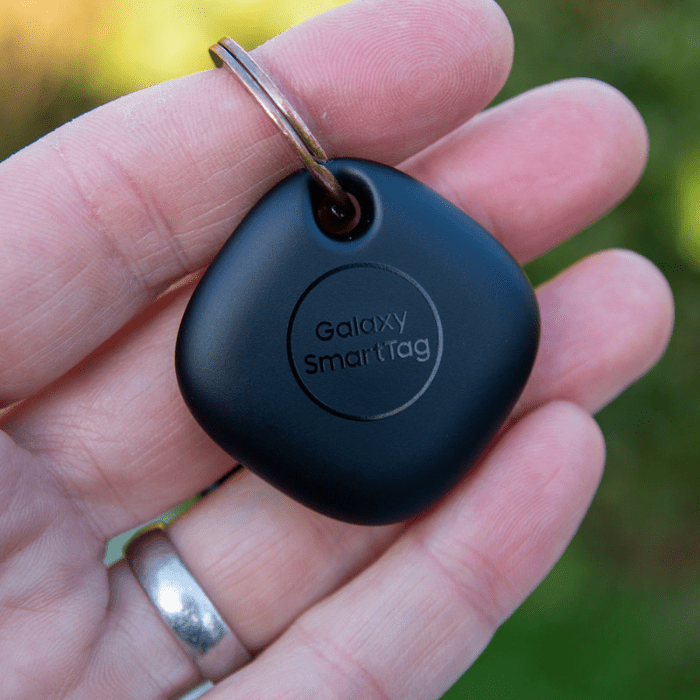 Apple’s competitor to Samsung’s SmartTag in the market of Bluetooth trackers is the AirTag. Simply attach the circular tracker to any item – from your keys to your wallet or purse – and go to the “Items” tab in the “Find My App” app already installed on your iPhone, and the tracker will play a sound on its built-in speaker.

For those who like to know exactly where their items are at all times, there is “Precision Finding”, which uses Ultra-Wideband technology to show you exactly where your stuff is – the iPhone app shows the direction to enter and the distance to yours. PrecisionFinding works on iPhones, starting with version 11.

If you forgot your wallet, the Find My network feature helps you track your AirTag thanks to billions of iPhone, iPad, and Mac devices worldwide. Your privacy is always protected when using network resources – no location or history data is stored on the AirTag itself and everything is encrypted.

You can even set your AirTag to lost mode and when it is detected by a device on the network, you will automatically receive a notification of its whereabouts.

Like the Samsung Galaxy SmartTag, the AirTag goes far beyond just finding lost things. You can use your AirTag to share contact information with others by tapping it on an NFC-enabled smartphone.

It’s quick and easy to set up using the app, and the tracker uses a replaceable CR2032 battery that should last for over a year. Your AirTag is water-resistant, and if you buy it directly from Apple, you can customize it with your initials and/or the emoji of your choice.

You can grab a single AirTag or a pack of four if you’re the type of person who loses everything and anything and choose from a colorful assortment of key chains and loops to customize your tracker. Keep in mind that it only works with Apple’s own devices, so there’s no Android support. 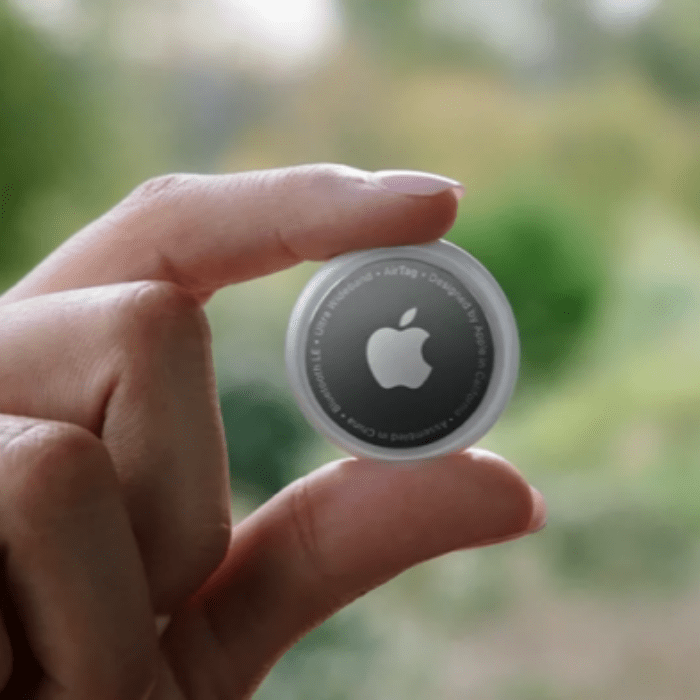 Tile is the most popular brand among Bluetooth trackers right now. Their current lineup of trackers covers the vast majority of situations where a tracker is needed. It is about the size of a coin and is able to adhere to most metal or plastic objects.

The Tile Slim is a credit card-sized tracker designed to easily fit in your wallet or purse. It has a range of 200 feet and a battery that should last for three years.

The Tile Pro is a square with a hole in the top corner designed to fit easily on a key chain and has the longest reach at 120 meters. It’s also the noisiest of the Tile trackers and has a replaceable battery that should last a year.

The Tile Mate has a similar design to the Pro but is cheaper. The downside is that the range drops to 60 meters, but it’s still high, comes with a replaceable battery that should last a year, and comes at an easier-to-swallow price tag.

All Tile trackers work with a companion app on your iPhone or Android phone. You can trigger the tracker to play a sound to help you locate the item you are looking for, and you can also see the last recorded location on the map.

You can also use Tile Mate to locate your phone by pressing the button on it twice. The tile also allows any of your trackers that are nearby to locate your tracked item, so the fact that it has a very large user base is important.

Tile also supports Alexa and Google Assistant, so you can tell your smart speaker to ask Tile where you left your keys and ring the bell. 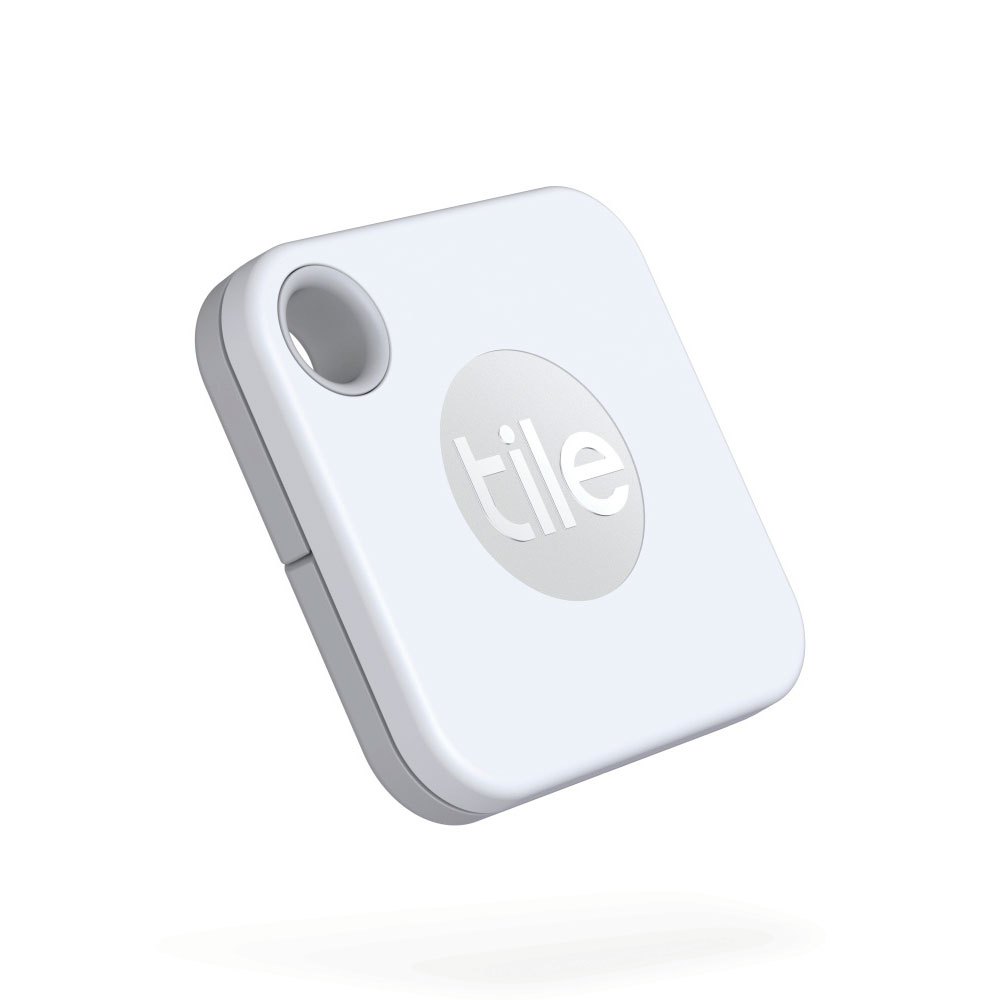 Chipolo ONE is very similar to Tile Mate, except it’s circular and comes in six different colors. It also has a loud alarm that goes up to 120 decibels, is water-resistant with an IPX5 rating, and requires standard replaceable CR2032 coin-cell batteries – although a full battery should last about two years, all of which land it a spot among the best Bluetooth trackers.

The Chipolo ONE is ideal for keys and can also issue an out-of-range alert on your Android phone or iPhone that helps prevent you from leaving your keys, or whatever it is plugged in, behind; Unlike Tile, these out-of-range alerts come at no extra cost and no subscription required.

Double press the button on Chipolo and your phone will ring. The range is 200 feet and the Chipolo also works with Siri, Google Assistant, and Alexa.

You can track marked items on a phone map or web browser. You can also tag lost items and get help locating them from other Chipolo users, although Chipolo has a smaller user base than Tile, so this feature may not work as well.

You can also get a Chipolo CARD that is designed to fit in your wallet but doesn’t have a replaceable battery and isn’t as noisy. Other than that, it works the same as the Chipolo ONE.

Another cool feature that Chipolo offers is the ability to use Chipolo ONE or CARD to take a remote selfie with your phone.

The product was developed by a Slovenian startup and is available to buy in around 200 countries. 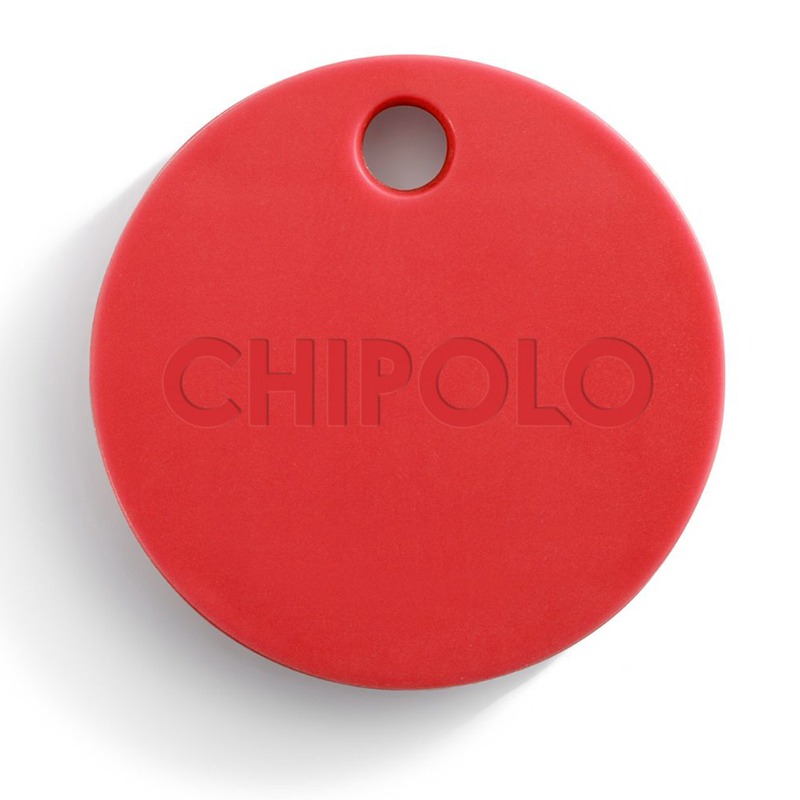 Did you already know any of them? Take advantage and check out this article with the 10 best Bluetooth boxes on the market